The new generation Mercedes-Benz GLC SUV will be equipped with a rear-wheel steering system.

Recently a Youtuber took the wheel to experience the new version of the new generation GLC car. According to the video, it can be seen that the new generation Mercedes-Benz GLC is still in the final testing stages and is almost 90% complete. According to the video owner, the test version is the Mercedes-Benz GLC 300d with AMG sports equipment package, Airmatic suspension and especially 4-wheel steering technology that is only present on luxury sedans. Mercedes-Benz S-Class.

In the exterior, the Mercedes-Benz GLC is still camouflaged with a thousand-star coat typical for its logo. Although it is covered, you can still see some new points such as new headlights, new shaped daytime running lights, the grille has also been tweaked to be somewhat neater, and the rearview mirror has also been repositioned. The overall car can follow the trend of streamlining and tidying. 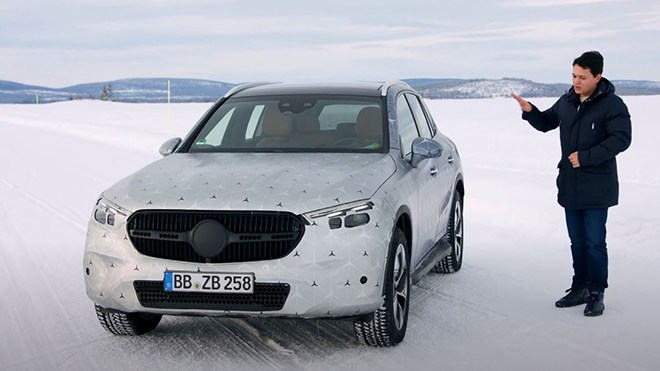 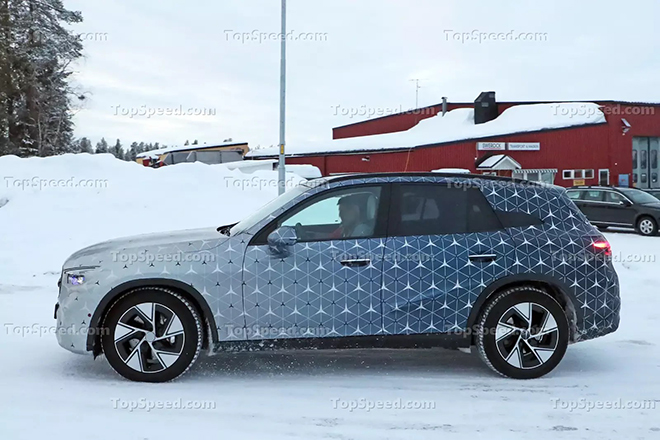 In the video, you can also see the new style steering wheel and gauges, other details are still hidden. But based on the overall, it can be seen that it will certainly have a design similar to the new generation Mercedes-Benz C-Class sedan. In addition, the rear seats have also been changed, and the front seat headrests have also been tweaked to a new shape. The sunroof seems to have a larger size, the horizontal divider has also been thinned.

Not only revealing part of the interior, this youtuber also tested the ability to operate on slippery terrain of the new generation Mercedes-Benz GLC 2022 on ice lakes, snowy roads and even drift by turning off the control system. traction control. 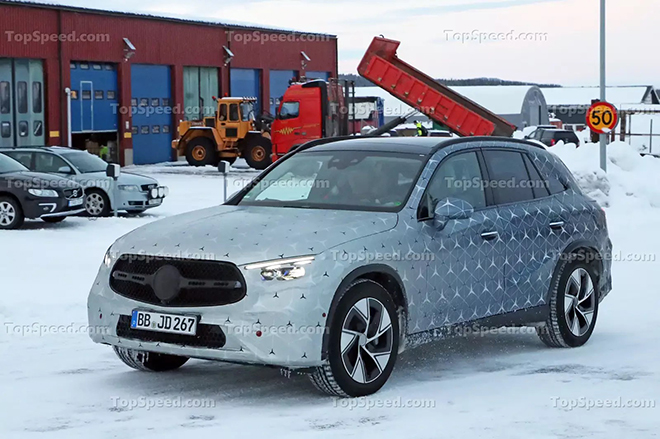 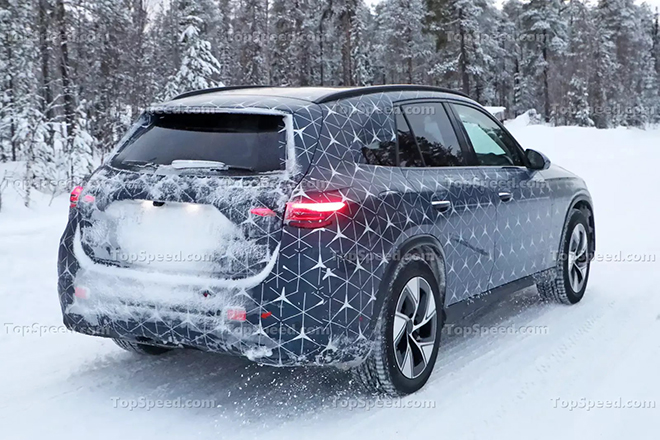 According to unconfirmed information, the size of the Mercedes-Benz GLC 2023 will be slightly larger than its predecessor. This rumor is somewhat reasonable because now the high-rise product range has a 7-seat GLB, the company needs to increase the size of the GLC to avoid duplication and have a larger physique.

In Vietnam, Mercedes-Benz GLC has 3 versions with 3 prices, respectively 1,799, 2,099 and 2,499 billion, thanks to the advantage of domestic assembly, so this SUV has better sales than competitors in the segment such as BMW X3 or Audi Q5 or Volvo XC60. 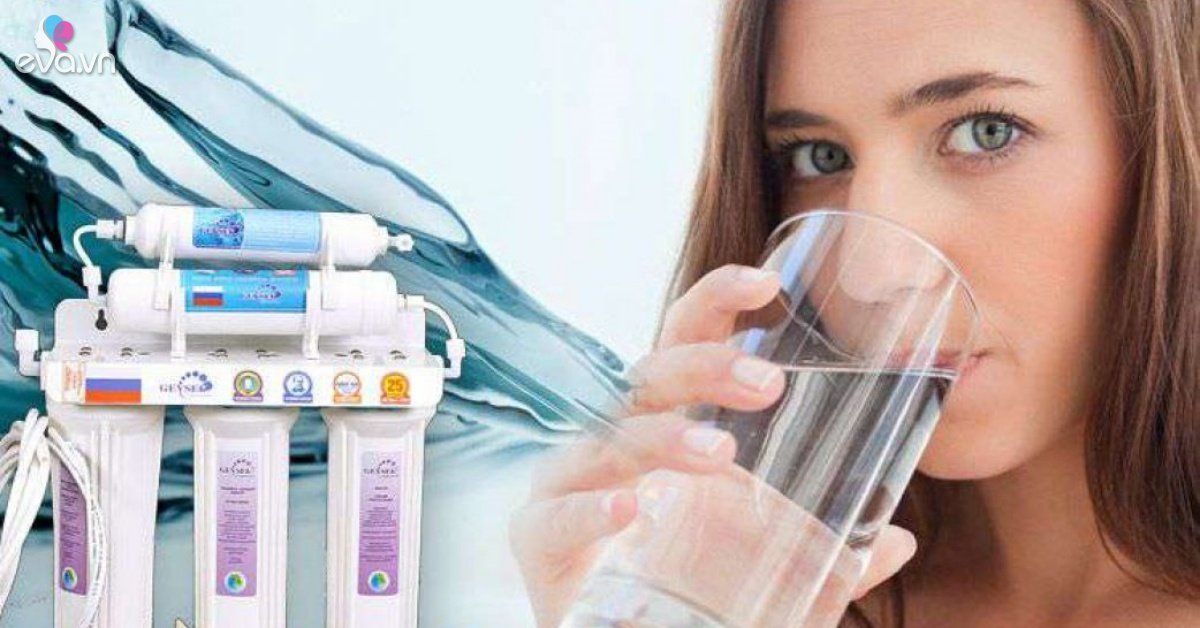 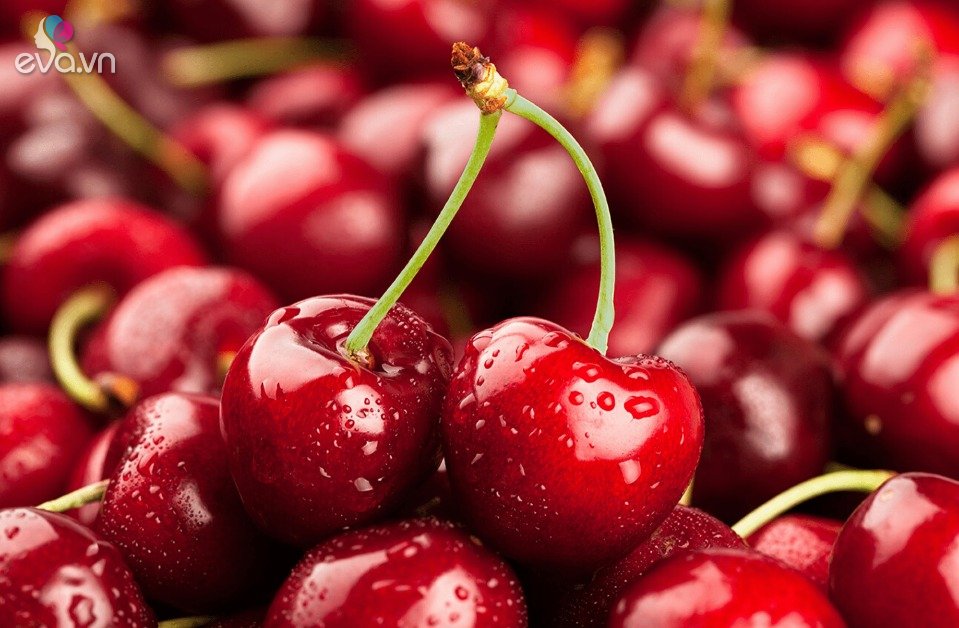 4 kinds of fruit, even though it’s expensive, should be bought and eaten because it is a elixir for health, especially for women 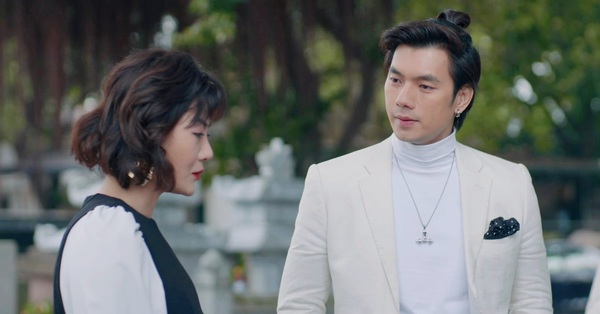 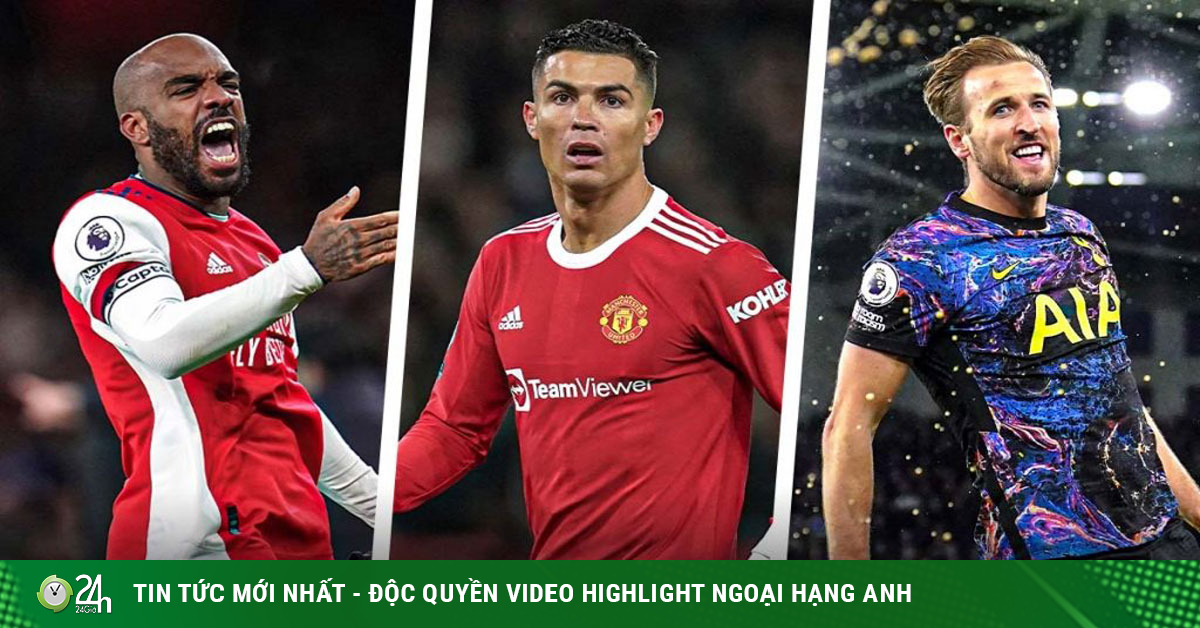 Crazy scenario MU into the top 4 in the Premier League: How does the bookie evaluate?