“I thought the small fetus could handle it on its own, so I bought an abortion pill to take. I did not expect that my own subjectivity almost cost me my life, “said the female patient.

Patient D.NA (32 years old, in Luc Nam district, Bac Giang province) said that in recent months, she still sometimes bleeds, so she thinks it is a normal menstrual period. Moreover, there were no morning sickness or other signs of pregnancy like the previous 3 times so she didn’t know she was 22 weeks pregnant.

Her family saw a lot of weight gain and advised her to take a pregnancy test. At this time, Ms. A. took a pregnancy test to find out that she was pregnant. Because the previous 3 pregnancies were by caesarean section, the youngest child was just over 2 years old, and Ms. A did not intend to have another baby. “I thought I might as well be pregnant, the small fetus can handle it on its own, so I bought an abortion pill to take. I did not expect that my own subjectivity almost cost me my life,” she said.

On the afternoon of March 8, Ms. A was taken by her family to the Bac Giang Obstetrics and Children’s Hospital for emergency treatment with blue skin, pale mucous membranes, intermittent abdominal pain and vaginal bleeding. Through examination and ultrasound, doctors determined that the patient was 22 weeks pregnant with threatened miscarriage, rapid and strong uterine contractions, and blood clots coming out of the vagina.

The patient was prescribed aggressive inotropic agents but with no success. At about 22:30 on March 8, the 22-week-old fetus had a miscarriage outside the vagina, after the pregnancy, the bleeding was massive, the team was on duty to get the vegetables to stop the bleeding and actively resuscitated with fluids, blood transfusions and drugs. uterine contractions.

While removing the placenta, there is a part of the placenta that is firmly attached and does not peel off, which is very difficult. After removing all the vegetables, there was still a lot of blood, the patient was ultrasounded right at the delivery table, through the ultrasound image, there was a lot of free fluid in the abdomen.

At this time, the patient fell into a state of shock, blood pressure dropped to 60/40 mmHg. The team on duty consulted and agreed to diagnose patient A. with severe hemorrhagic shock due to ruptured uterine scar (history of 3 caesarean sections), hemorrhagic miscarriage and placenta accreta. Immediately, the patient was transferred to the Department of Anesthesia and Resuscitation Surgery for emergency surgery, and at the same time alerted the whole hospital to red alert to save the critically ill patient.

At 22:45, patient A was brought to the emergency room in a critical condition, invasive arterial blood pressure was only 60/40 mmHg, pulse was fast 130 times/minute, vaginal bleeding didn’t stop.

After laparotomy, the patient’s abdomen was found to have about 500 ml of blood, the position of the waist of the uterus with the old surgical scar had 2 punctures and tears connecting with the abdomen, the entire old surgical scar was as thin as a membrane, the doctors conducted hysterectomy to stop bleeding.

At this time, the patient was in a state of cardiovascular collapse and cardiac arrest. The most difficult thing at this time is that the patient with very heavy bleeding needs a large amount of O blood group for transfusion, but the hospital’s blood reserve at the time of emergency is only 5 units of type O blood and has been transfused. for patient A. all 5 units (1,750 ml of blood). Besides, the ambulance that went to collect blood at the National Institute of Hematology – Blood Transfusion did not return in time.

After 2 hours of surgery, the vaginal examination found that there was a lot of bright red blood flowing from the cervix, even though the front and back of the cervix were sutured, the blood continued to flow, to ensure life safety. For the patient, the surgical team invited Dr. CKII Le Cong Tuoc, the Director of the Hospital, to directly perform emergency surgery on the patient.

Dr. Le Cong Tuoc said that this is an extremely complicated case, cutting the hysterectomy to stop the patient’s bleeding is not a simple thing because patient A has a history of cesarean section 3 times, The uterus is already firmly attached to the internal organs (especially the bladder and ureters), so it is extremely difficult to remove the adhesion to cut the hysterectomy to stop bleeding without damaging the surrounding organs.

Moreover, this patient had very heavy bleeding leading to severe coagulopathy, which made the surgical area of ​​dissection and de-adhesion from the abdominal wall to the cutting apex that had previously stopped bleeding, now bleeding again and is very difficult to stop. .

So even a tiny bleeding capillary will cause life-threatening bleeding. Therefore, hemostasis surgery must be extremely meticulous and careful to be successful. In parallel with the surgical process and the intensive resuscitation, the patient continued to use vasopressors to prevent cardiovascular collapse, transfused 6 units of red blood cells and 5 units of plasma.

As a result, after more than 7 hours of stress in the operating room, patient A. got rid of the danger and stopped bleeding safely.

After surgery, due to the patient’s severe condition, he still had to maintain invasive mechanical ventilation through the endotracheal tube for 14 hours and then switch to oxygen. On March 25, the patient was healthy and discharged from the hospital.

Currently, when intending to have an abortion, instead of going to specialized hospitals or medical facilities for examination and advice on appropriate interventions, many women voluntarily buy abortion pills and take them orally. at home or apply folk remedies with the desire to get the pregnancy out. However, doing this is very dangerous, potentially endangering the mother’s life if complications occur.

According to Dr. CKII Le Cong Duoc, Director of Bac Giang Obstetrics and Children’s Hospital, drug abortion is usually indicated when the pregnancy is less than 7 weeks old, the pregnancy ultrasound must be implanted in the uterus and the mother does not have other diseases. such as heart disease or other blood diseases…

The drug will not be effective in case of an ectopic pregnancy. The medical abortion method (medical abortion) is evaluated as safe and effective, but with the prerequisite that it must be performed under the direction and close monitoring of an obstetrician at medical facilities. economic.

Pregnant women are not allowed to arbitrarily buy drugs for home abortion because it is very easy to have hemorrhagic accidents, serious infections that threaten their health and life. After an abortion, it is also necessary to have a reasonable rest regimen, supplement with adequate nutrition for the body to recover quickly, and at the same time, it is advisable to go for a follow-up examination under the guidance of the doctor to avoid complications affecting health. future reproductive health. 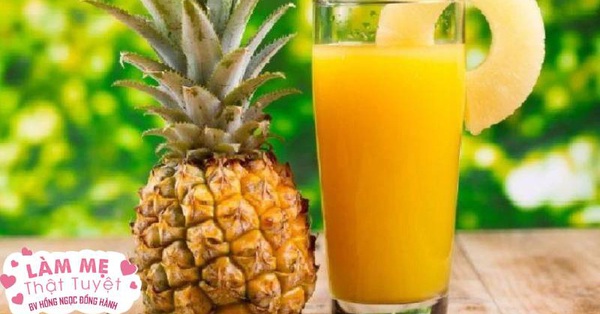 Pregnant women who eat pineapple cause miscarriage or give birth easily 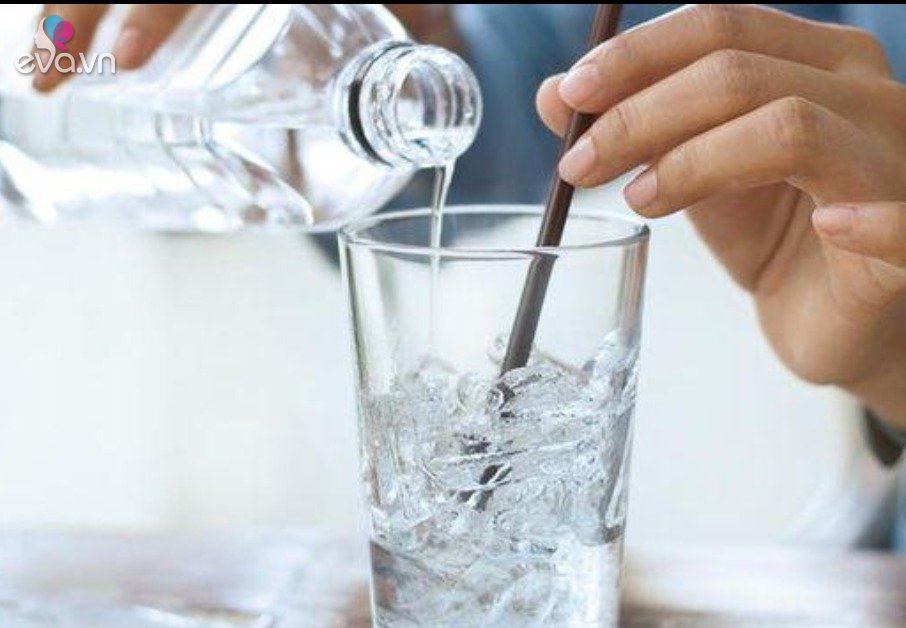 Men do not want to be “sudden death” avoid doing these 5 things after sex, 4 things are good for women 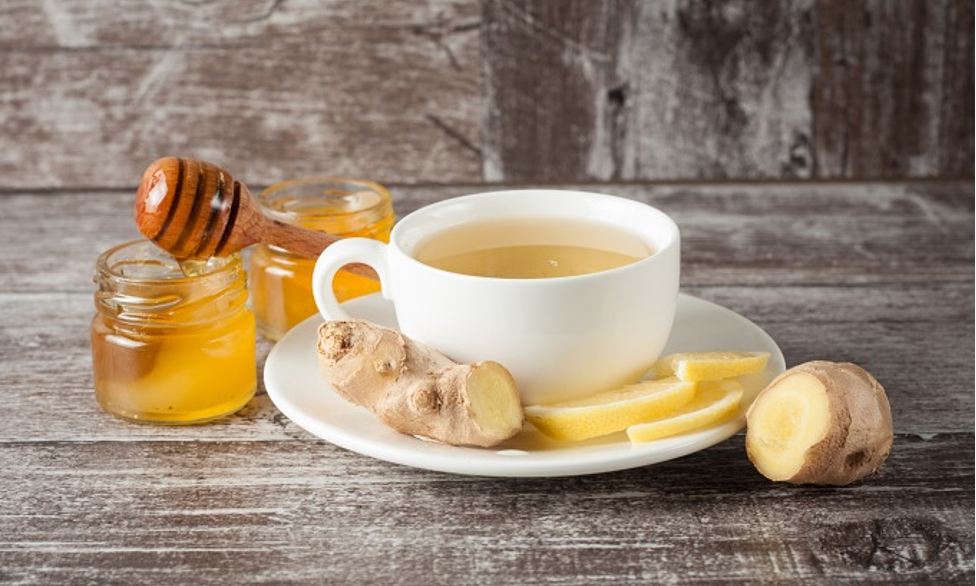