“Senior martial artist Vu Hai after a period of illness, although his family did everything to cure him, he did not survive – Vu Hai passed away at 16:45 this afternoon – April 10 – April.

Vu Hai has returned to his roots, right on the death anniversary of Hung Vuong. Brothers of the Vietnamese martial arts village would like to bow their heads to remember this day forever. My deepest condolences to the family.” Master Le Ngoc Quang announced on his personal page the passing of Master Vu Hai.

The small screen audience in Vietnam was surprised and deeply mourned for “Huong perch” – a disciple of tycoon Phan Quan in the movie The Judge. The Vietnamese martial arts village was also shocked when it lost a talented martial artist who spent a lifetime devoted to martial arts in the country. Before his death, Master Vu Hai held the position of Deputy General Secretary of the Hanoi Martial Arts Association. 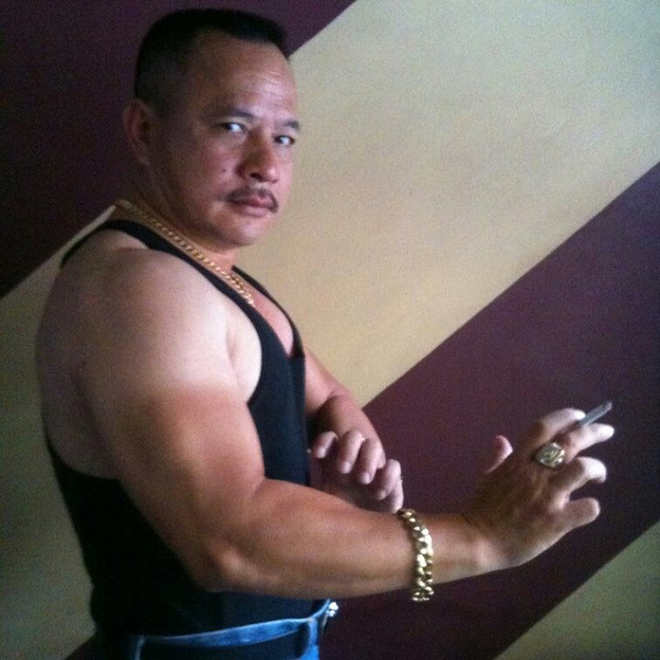 Martial arts master Vu Hai is known as the “Master of Secret Weapons”.

Master Vu Hai was born in 1960 in a family with a martial tradition, his grandfather was a famous martial artist. From a young age, Master Vu Hai had a special interest in martial arts and studied with many famous masters, including the late Master Van Nhan – the founder of the Thang Long Vo Dao sect.

Tho teachers of martial arts Van Nhan, Vu Hai were tutored and imparted a lot of martial arts knowledge and some unique secrets of the sect. Master Vu Hai is famous for his ability to launch weapons extremely fast, powerful and accurate to every centimeter.

Therefore, he was conferred the title of “Master of Secret Weapons” by the martial arts community. Not only that, Master Vu Hai is also adept at many short weapons including daggers, sticks, or chains, peppers. Even a small umbrella that fell into his hands became a very powerful weapon.

At that time, martial artist Vu Hai and his disciples of Thang Long Vo Dao sect performed all the repertoires that Chinese masters used to perform, such as pairing two coins with their eyelids and sticking them to two buckets of water. , used a long cast iron bar to hit people.

However, martial artist Vu Hai chose wood instead of cast iron because he thought that cast iron was brittle and easily broken. If using wood, it has better ductility and the ability to break is also more difficult. Through martial arts performances, Master Vu Hai wants to prove that Vietnam’s martial arts level is no less than that of Chinese masters.

According to the evaluation of many fellow martial arts masters, Master Vu Hai, although a master of martial arts, is a person who lives very modestly and sparingly when talking about himself. For him, all martial arts abilities are obtained through hard work with all the spirit of passion for martial arts.

Through more than 40 years of martial arts activities, Master Vu Hai has affirmed a certain position in the Vietnamese martial arts village. Before his death, he was Deputy General Secretary of the Hanoi Martial Arts Association, having successfully organized many major tournaments and congresses. At the same time, he is also the Director of a security company with more than 300 employees, specializing in providing bodyguards for units in need. 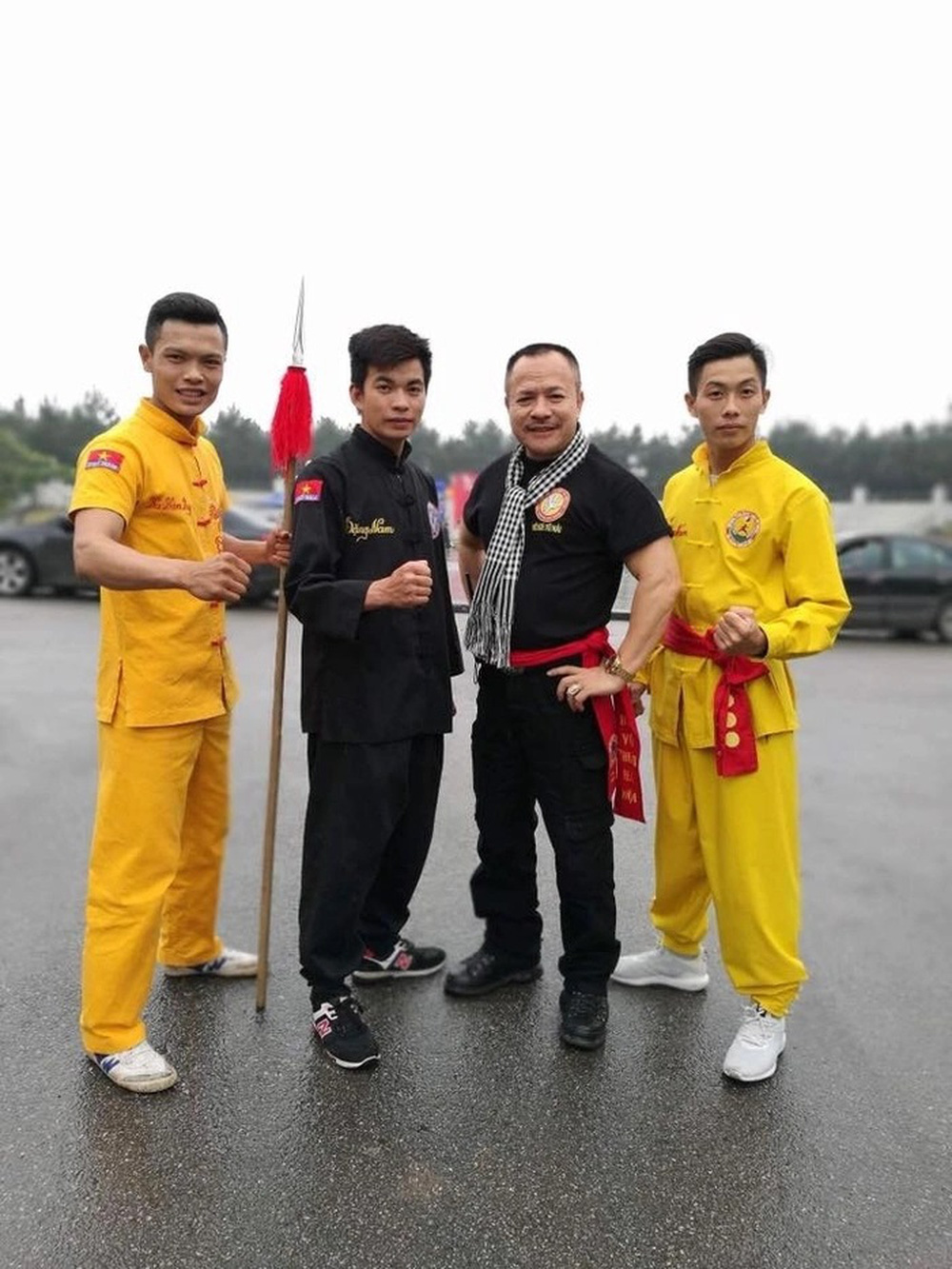 The person who specializes in the role of “gangster”

According to master Le Ngoc Quang, martial artist Vu Hai was diagnosed with marrow cancer at the end of last year. He was treated at 108 Military Central Hospital for a long time but in the end could not survive.

It was not until 2011 that he had his first role when he transformed into a Gypsy Dung “stick” in the movie Silver Swamp. After that, martial arts master Vu Hai appeared in many works such as Hoang in Question 5, Tuc in Mysterious Will, Hai in Sa Rain, Thang’s father in Lover’s Taste – This is also his latest role. 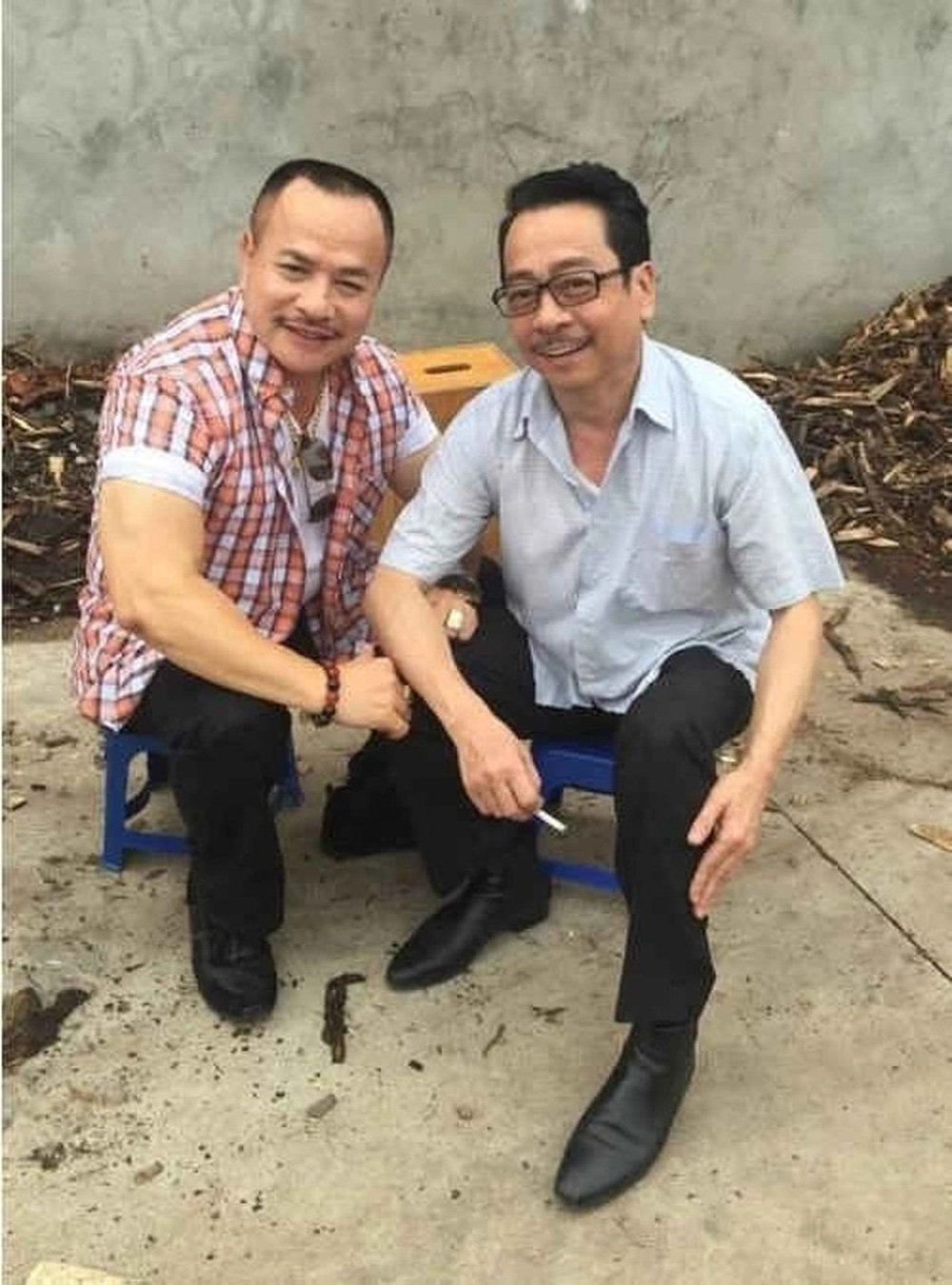 “Hung perch” and tycoon Phan Quan in the movie The Judge. 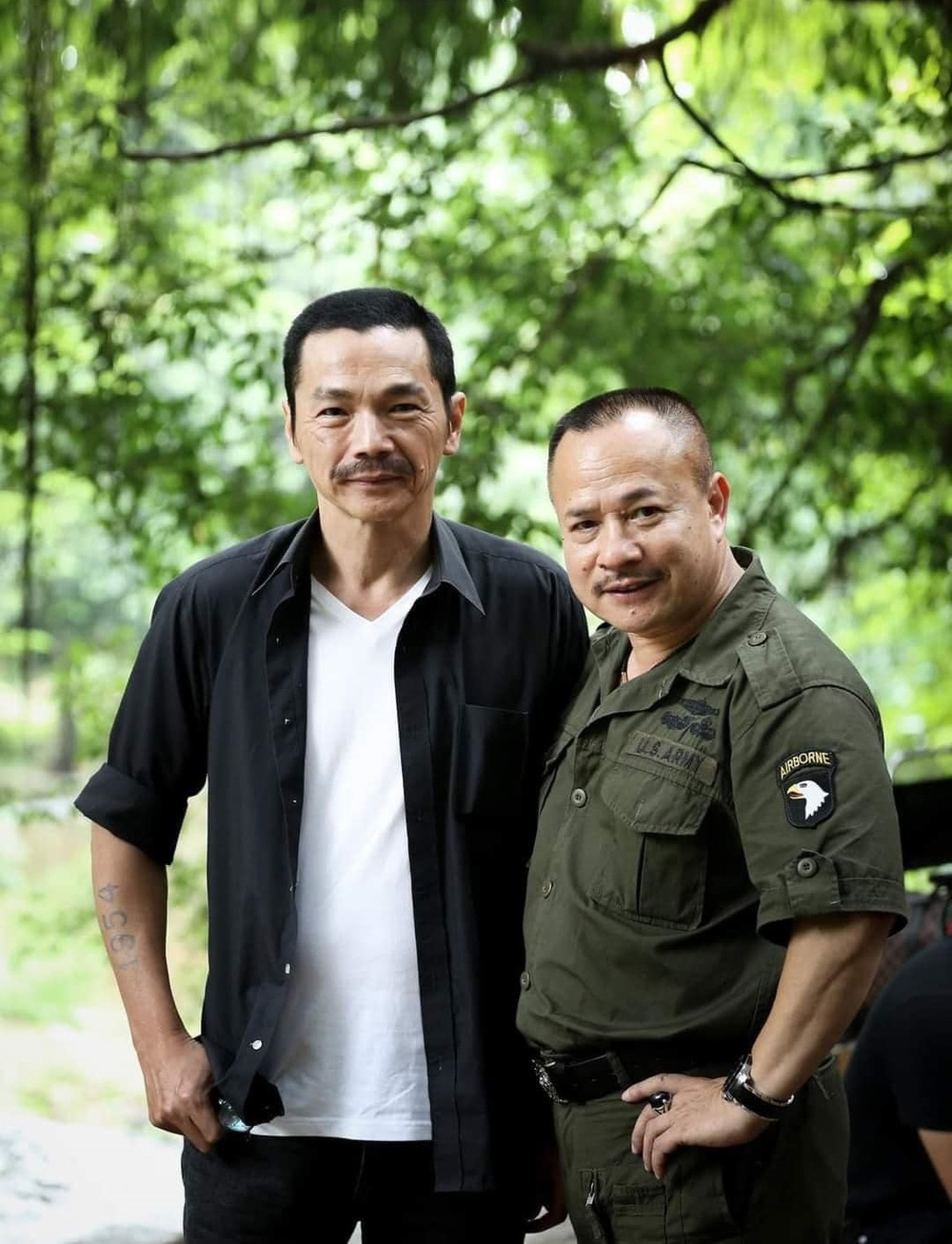 Incarnating into a close junior of tycoon Phan Quan (the late People’s Artist Hoang Dung), “Hung Ca” always makes the Gypsy world afraid because of his martial arts ability and health. The director successfully built a character that is both fierce and brash, but also a very good man and has absolute loyalty to the boss.

Known as an amateur actor, his hand encroaching on the cinema, but martial artist Vu Hai always tries his best, dedicated through every scene, every role, even the smallest. It is this that makes the audience love him, even though his role is often a villain. 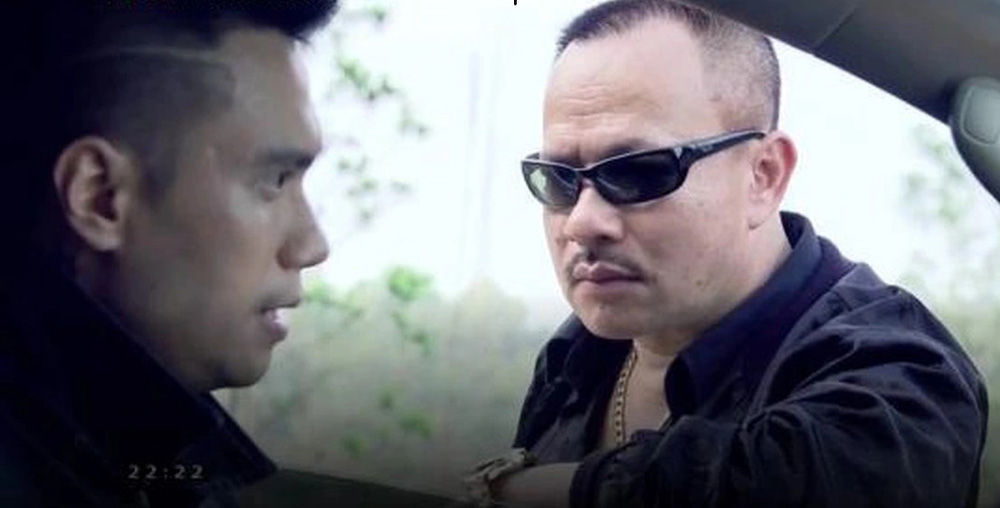 The close disciple of martial artist Vu Hai, Dao Minh Phuong, also had a touching share: “Teacher, 14 years of working with you also had to deal with thousands of big and small cases, but Dao Minh Phuong only had silence or a random sentence uploaded on the social network “Complete the task”.

Thank you for the coffee, iced tea, bowl of pho… that you ordered for me. Maybe you can’t hear what I’m saying anymore. But from the bottom of my heart, I let you say: Yes, “Boss”.

On many martial arts forums in Vietnam, people are passing on familiar images of martial arts master Vu Hai as a final tribute to the deceased.

Master Dinh Trong Thuy – Deputy Head of the Professional Committee of the Hanoi Martial Arts Association, said that Vu Hai’s departure left a lot of grief in everyone’s hearts, he was a very gentle person, cherished by many brothers. 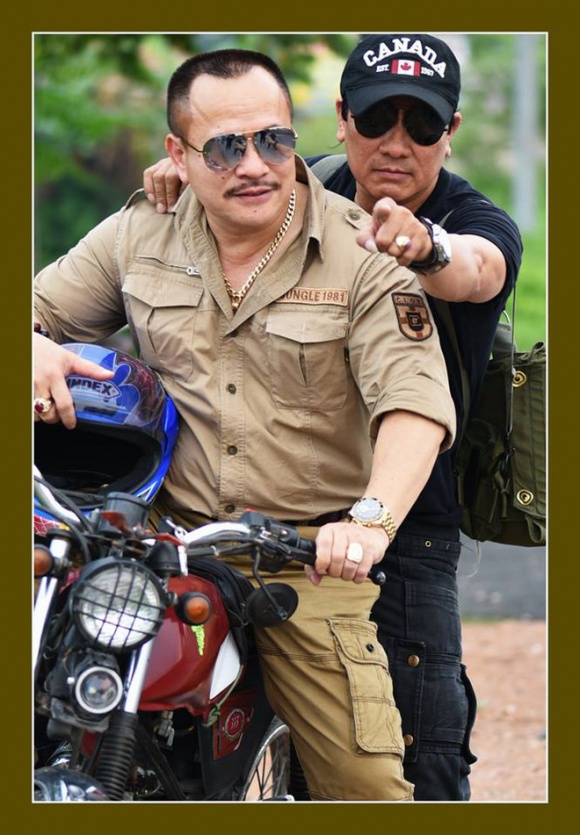 Master Le Ngoc Quang said that before his death, Master Vu Hai struggled a lot because he could not devote himself wholeheartedly to the Hanoi Martial Arts Association as well as the Thang Long Vo Dao sect.

Husband listens to about 15 calls a day from her stork 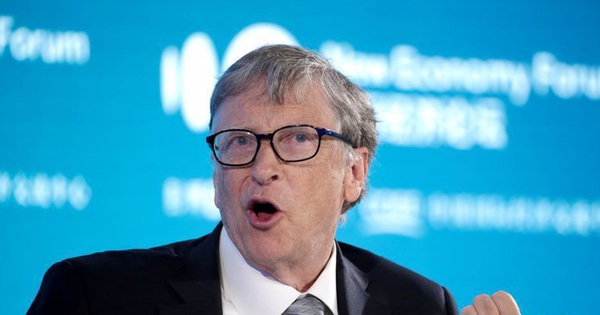 Bill Gates’ reading habit is outdated, in order to succeed, most billionaires in the world today are implementing these 12 “rich habits”! 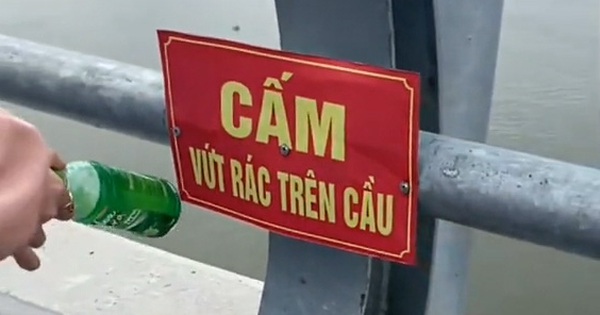 “Do you think that’s cool?” 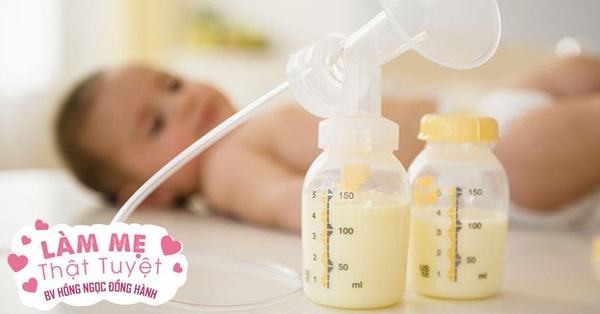