A new robbery happened at a gold shop in Binh Duong, causing netizens to laugh at the action of the perpetrator – the woman in a pink shirt.

The clip taken by the security camera at the gold shop in Bung market, Thuan An, Binh Duong recorded a rare robbery that happened at 7 am on April 11.

According to the clip, a woman wearing a pink shirt enters a gold store pretending to buy goods. While looking at the goods, the shop owner didn’t notice this person and ran out into the street to escape with the gold he had just pretended to buy in his hand.

The shop owner quickly understood the problem, so he called for someone to chase the violent woman. The people around saw that rushed out to chase and quickly after only 20 seconds, they caught the culprit alive, escorted back to the store.

The situation that happened was really beyond the imagination of netizens, so the clip spread rapidly on social networks, attracting tens of thousands of views, emotions, and comments.

Some outstanding comments from netizens:

“Usually, these situations must have teammates waiting outside. I didn’t expect the woman in the pink dress to walk alone, and even have modern means of walking and running, it’s really wonderful”;

“Perhaps this woman either wants to be away from her family for a while or wants to escape debt, but she doesn’t know where to go, so she came up with this plan! Robbing is secondary, the purpose of being caught and being protected by the law is right, sister?”;

“She runs like an athlete. Congratulations on getting to the starting point in just 20 seconds”;

“This woman unlucky enough to choose the right market that the village’s love for the village of Keo Son is attached to… If you shout for 1 hour, the whole market will pull together to help you, so how can you escape”;

“Or is it just a joke because I’m playing a hidden camera game, let’s see how the gold shop owner and the people around him react?”.

The girl miraculously escaped death under the wheel of a truck

In the midst of the burning fire in Hanoi, there is a warm thing called… human love! 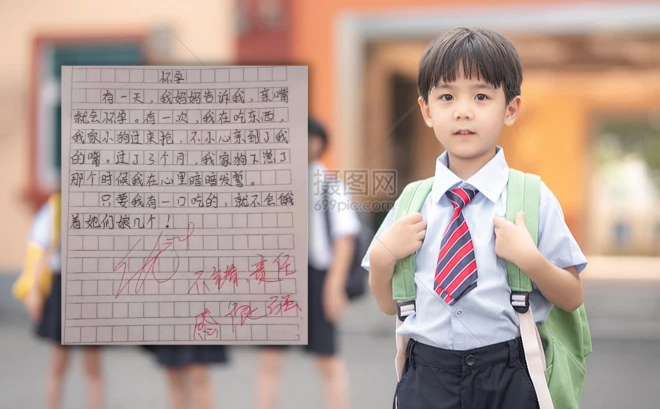 Parents are excited because of their son’s essay “Pregnant”, but the teacher praises: So wonderful!

Primary school students tell about friends and friends: ‘our friendship will be more beautiful than love’, making netizens ‘laughter’