On April 15, Mr. Tran Huu T. (SN 1971, residing in Anh Son town, Anh Son district, Nghe An) – the owner of a KIA Sonet car with number plate 37A-999.99 said, after he picked up the number plate. super beautiful, from yesterday until now, there have been many people calling, texting to ask and congratulate.

Besides, many people offered to buy back Mr. T’s car for many times its real value. 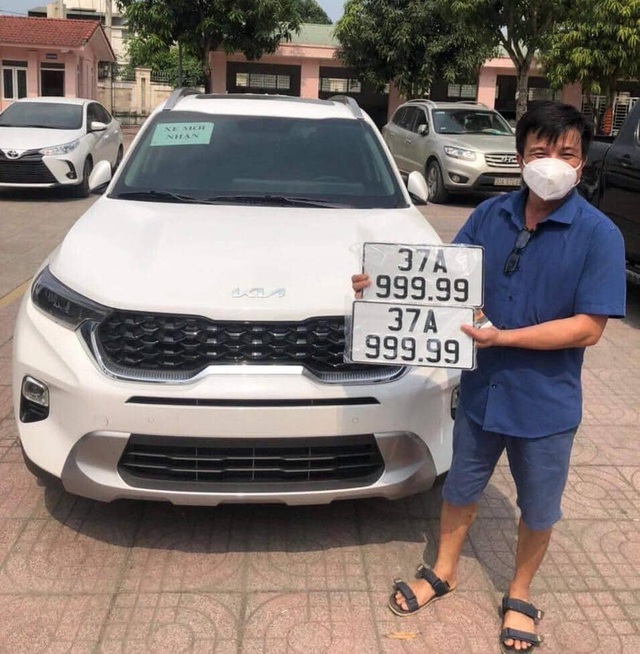 Mr. T with the car and the super unique number plate was registered on the afternoon of April 14.

“Since yesterday, many people have called to ask to buy. Yesterday, someone texted me with a bid of 3.3 billion asking if I would sell. I replied to take the car home and calculate later. Then some people bid 2 billion and this morning someone in Vinh city paid 1.5 billion“, Mr. T. shared and said, many people asked to buy but did not see the enthusiastic inquiry, so he did not close.

Mr. T. added that, on the evening of April 14, the owner of the Facebook account HHH (residing in Hanoi) called him via facebook to ask him to buy a 9th-quarter BKS car for 1.6 billion dong. 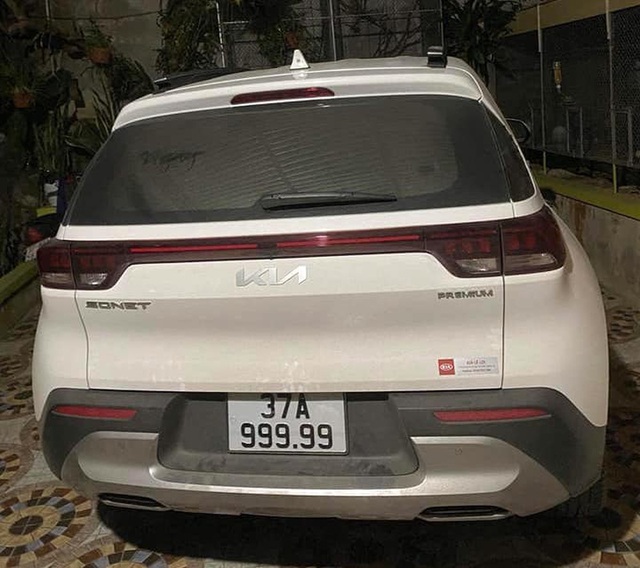 The car with the poisonous number plate was brought to Mr. T’s house.

“H. said to send a deposit to buy a car but I said no deposit needed, I told him to buy it, bring the money in and take it right away, no deposit required. He said he will come in tomorrow to see to buy a car“, Mr. T. shared and said, maybe he will sell this car to H.

Sharing about the license plate that is rated as super beautiful and unique, Mr. T. said he felt very lucky when he clicked this plate. 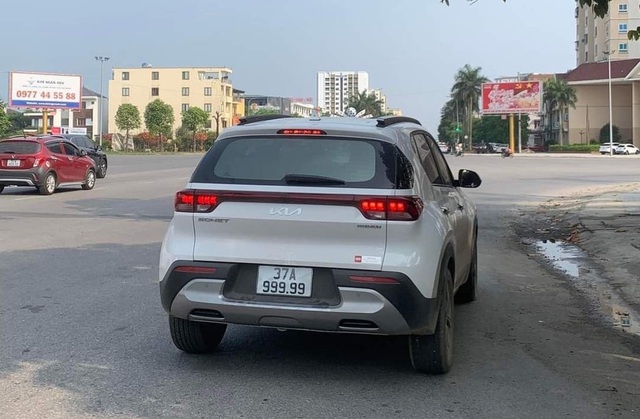 The car on the street was photographed by people and posted on Facebook.

After completing the vehicle registration procedure, Mr. T. let his son enter the license plate and was also the first person to press the license plate in the afternoon of April 14. Just finished pressing, the screen shows the number 37A-999.99, making his family extremely happy. Many people who went to register their cars there were also surprised and congratulated him for getting a very nice number plate. 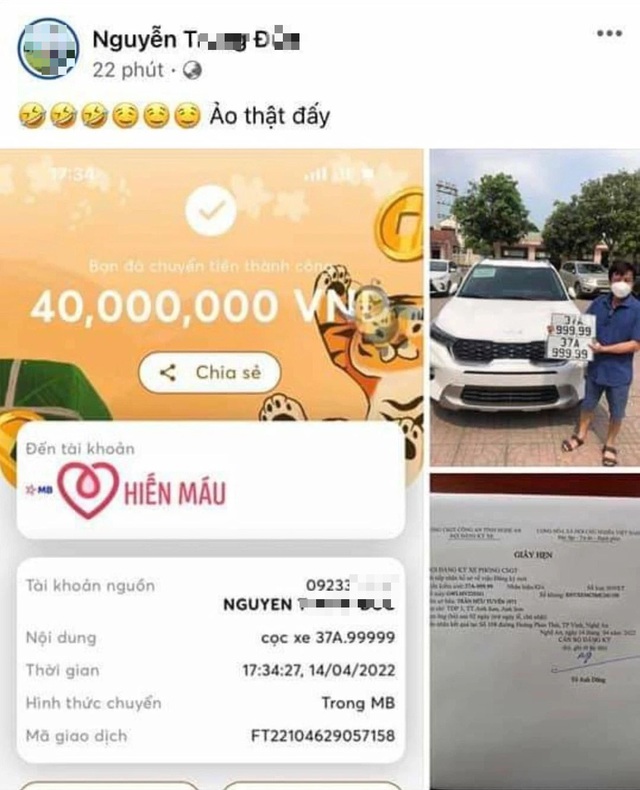 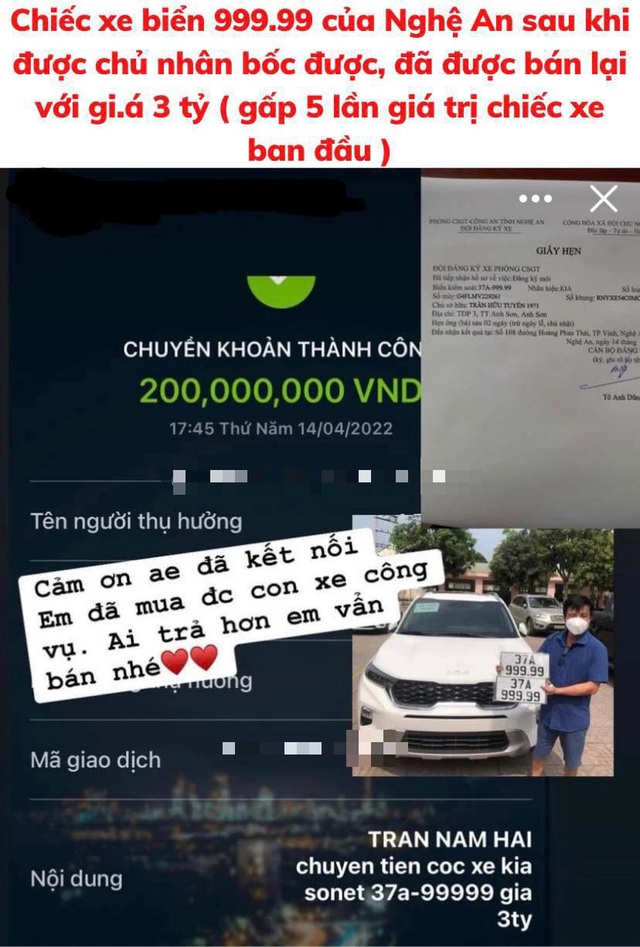 On Facebook, many people posted information that they had bought the car with the super beautiful number plate above. However, it’s all fake news.

“When you go to register, you also want to have a beautiful and easy-to-remember number plate. But when you can press the 5th and 9th sign, it is beyond expectations. The number plate is so beautiful.

But it’s also a waste to use the sea. Well, if anyone has a hobby, I’ll leave it to them to use“, Mr. T. shared more and said, after selling, he will buy another car. 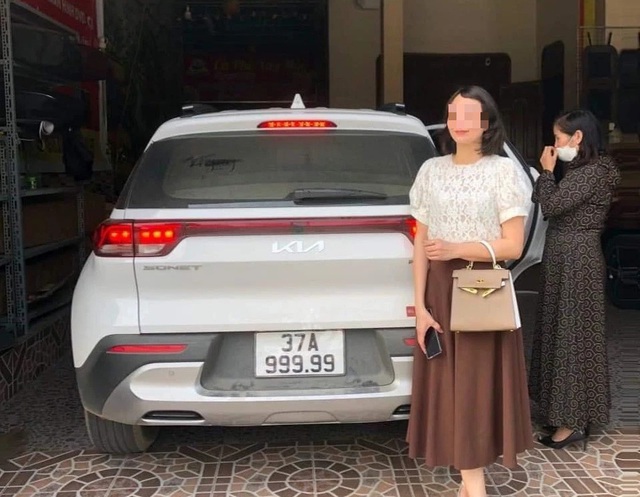 The number plate 37A-999.99 is also the last number plate of the letter A. In the near future, the registration plate of Nghe An province will change to 37K.

Using the gamepad to control the excavator, the construction site becomes lighter than ever 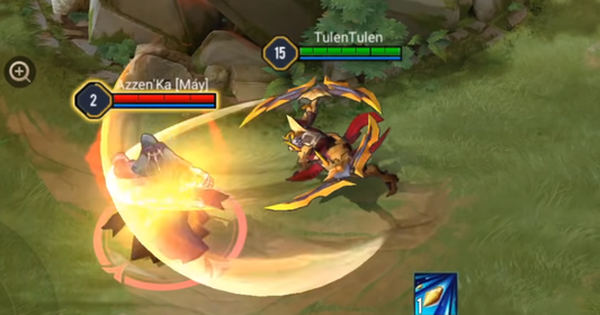 After being buffed, how terrible is Nakroth? 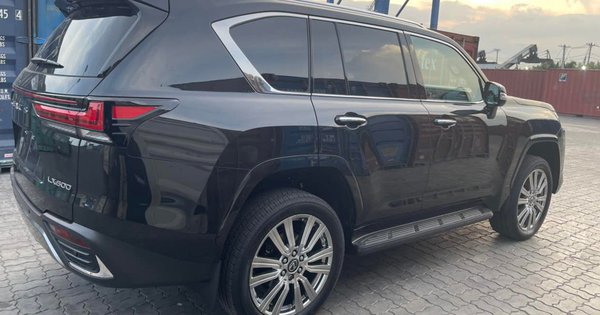 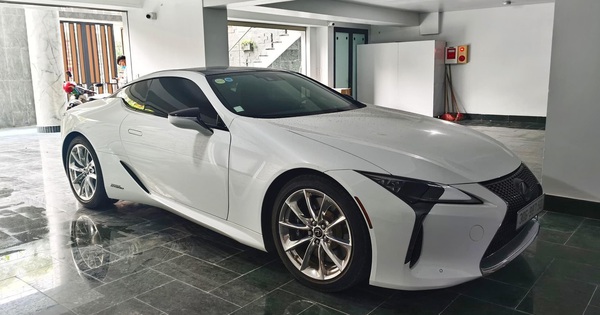 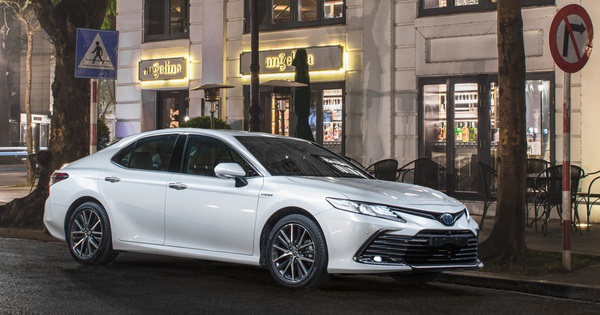