After meeting for the first time on set, Johnny Depp thought Amber Heard was special and determined to pursue her.

After years of delay, in April, Johnny Depp and Amber Heard finally went to court in Fairfax County, Virginia (USA) to argue the lawsuit between the two. The actor sued his ex-wife for $50 million for defamation. Amber Heard later sued him for $100 million for the same crime. The trial, which is expected to last about six weeks, could be the end of the troubled relationship between the Hollywood star couple.

The two came together after meeting on set The Rum Diary 2009. They played lovers in the project adaptation of the novel by Hunter S. Thompson. Depp plays reporter Paul Kemp who meets and falls in love with Chenault (Heard) – a married woman in Puerto Rico. The film failed at the box office and received rave reviews from critics. However, it started a love affair noisier and more detailed than what audiences see on screen.

In 2012, Depp and longtime partner Vanessa Paradis announced their separation. In the interview with Rolling Stones, the actor explained “the relationship is very difficult” to move on. At the same time, there were rumors that he and Heard were dating. However, the star couple was tight-lipped and only made their relationship public in January 2014, on the red carpet of the Annual Heaven Gala event. A few days later, the sheets Eonline, People simultaneously confirmed that the two were engaged.

Depp and Heard’s relationship progressed rapidly. They exchanged vows in February 2015, on the actor’s island in the Bahamas. While speaking at the 2016 Santa Barbara International Film Festival, Depp said: “I couldn’t get her out of my mind. I tracked her down after meeting her on set. By chance, the two went looking for her. We met on the first day of our movie tour The Rum Diary. That was also the time when the two decided to become husband and wife.”

However, the joy between the two was also short-lived. According to VarietyDepp injured his hand a month after the wedding, causing the filming process Pirates Of The Caribbean: Dead Men Tell No Tales in Australia stalled. Some sources close to the wound said that the injury was caused by an argument between the actor and his wife. Depp also expressed to many colleagues that he suspected Heard of having an affair when he went abroad to film.

Depp and Heard’s marriage broke down after 15 months. Actress Aquaman filed for divorce on the grounds of “irreconcilable differences”. She also asked the court to ban her husband from approaching her for fear of being harmed. The petition included a portrait of Heard with multiple bruises, which she said were caused by Depp. However, she withdrew the abuse charges soon after.

The star couple reached a divorce settlement worth $7 million in August 2016. Amber Heard said to give all the money to charity. The noise then subsided. The star also started a new love story with the billionaire Elon Musk in spring 2017, only lasted a short time.

The incident attracted attention again at the end of 2018, when Amber Heard suddenly mentioned being abused in the above article The Washington Post.

Although the actress did not name Depp or give specific evidence of abuse, many people believe that she is targeting her ex-husband with allegations such as death threats and career destruction. The article immediately affected Depp’s reputation, making many studios hesitate to cooperate. Disney even removed him from the series Pirates Of The Caribbean was very popular at that time. The actor’s side filed a $ 50 million defamation lawsuit against Amber Heard in March 2019. In the petition, Depp said his ex-wife was the aggressor in the relationship and abused him. The actor believes that Heard’s post appeared to promote the film Aquaman hers, released at the same time.

Heard’s side denied the allegations, claiming that Depp self-destructed his career because of his addiction to alcohol and drugs. She also released many pictures of bruises and said it was the result of being beaten by the actor when they were still living together. The actress called her ex-husband a “monster” in her court papers.

The lawsuit between the star couple became even more noisy when Depp mentioned many other famous people like James Franco, Elon Musk. He said his ex-wife “cuckolded” with these people when going abroad to film. Amber Heard’s side denied, saying Depp was paranoid and overly jealous. In 2020, a number of international news sites published a recording of a 2015 treatment session of the star couple. Fans can be heard both Heard and Depp acknowledging their anger issues and agreeing to stop the physical violence. In particular, Heard told the doctor that he beat Depp when they were married.

In November 2020, Johnny Depp filed a defamation lawsuit against the British company News Group Newspaper. This entity owns the The Sun, called the actor a “wife beater” in a 2018 article. Amber Heard and many related people were invited to London to testify. After three months of litigation, the judge dismissed Depp’s claim for compensation, arguing that he was abusive to his wife. Dilettante Pirates Of The Caribbean then applied for an appeal but was unsuccessful.

Failure at the lawsuit further made Johnny Depp’s career slide. Controversies and images in the trial worsened his image in the eyes of colleagues and the public. A few days after losing the lawsuit, Depp wrote on his personal page that Warner Bros. asked to withdraw from the movie franchise Fantastic Beasts – prequel of Harry Potter. “I respect and agree to do this. However, I will seek to prove that the accusations against me are fabricated,” Depp said.

At the ongoing trial in Virginia, Depp and Heard will testify in person to prove their innocence. After the first days of confrontation, Amber Heard’s side first accused Depp of crime sexual assault. In the coming trials, many famous people like James Franco, Elon Musk, Paul Bettany will testify for both sides.

After many efforts, we bought a house, but when I was about to move in, my husband said a sentence that made me cry all day. 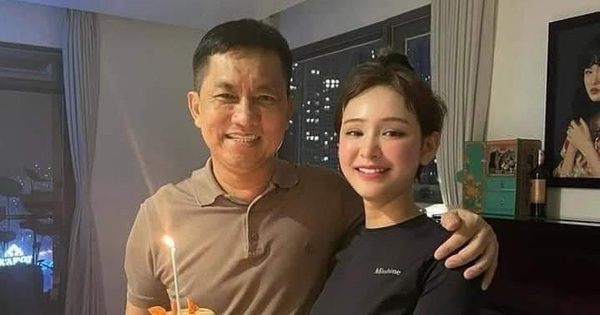 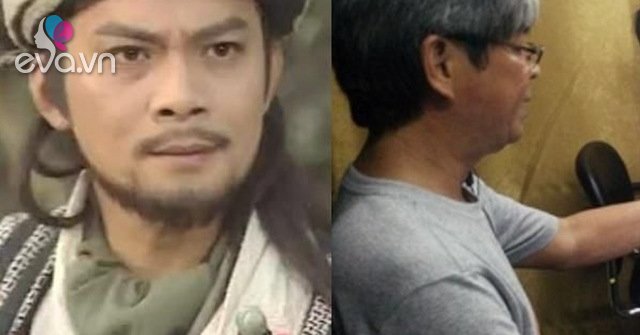 Artist Truong The Thanh, who specializes in dubbing Chinese historical dramas, has passed away