In 2009 in Kingston, Ontario (Canada), police received news that a car was submerged under water. When they recovered, they were shocked because inside there was a woman and three teenage girls. The victims were identified as 52-year-old Rona Amir Mohammad, 19-year-old Zainab, 17-year-old Sahar and 13-year-old Geeti.

Police said all the victims were members of the family of millionaire Mohammad Shafia, an Afghan native living in the city of Montreal. A few days earlier, Mr. Shafia had come to report that four family members were missing, including his housekeeper and three daughters, while they were on their way to visit Niagara Falls. 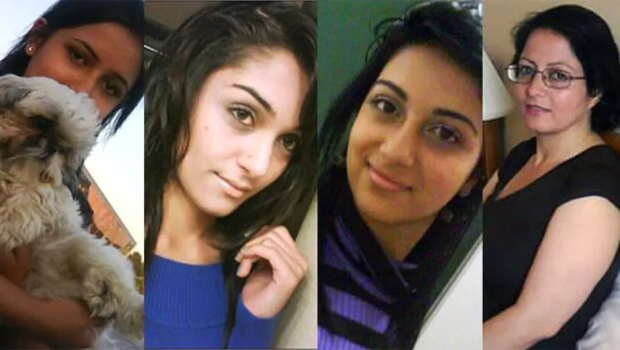 An examination of the scene showed that the left rearview light of the vehicle was broken as if it had been hit in a collision, so police thought they had died from being harmed. Immediately, the investigators conducted a rigorous pursuit of the culprit, thinking that perhaps this guy was trying to escape far away. The police started by looking for clues from the acquaintances of the 4 victims and from there they discovered strange things.

Father and son but do not love each other

When they arrived at the school of the eldest daughter Zainab, the police were given important information by her friends: The relationship between Zainab and her father was not very good.

According to Islamic regulations, women must cover their faces with scarves and dress to cover the entire body. But Zainab is a girl who likes Western fashion, she often dresses liberally and refuses to cover her face as her father told her to. These behaviors made millionaire Shafia angry for a long time.

And yet, Zainab also fell in love with a young man of Pakistani origin when he was in middle school, the two fell in love, leading to a lack of study, making Mr. Shafia resolutely forbade this love. However, despite forcing Zainab to drop out of school and lock her at home, she still kept in touch with her lover via email and the Internet. The culmination was that the two had arbitrarily married in a mosque, but Mr. Shafia forced the two to separate. 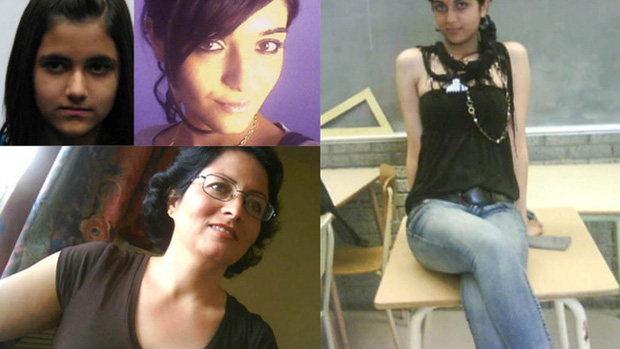 Because her daughter Zainab likes to dress like a Westerner, her father hates her

Zainab’s two younger sisters, Sahar and Geeti, saw her like this and decided to adopt a Western lifestyle. Because of this, all three sisters often suffered from the beatings of their father, Sahar and Geeti went to the child protection center to ask for help but were refused because the fault was entirely theirs.

“Her father always considered them a disgrace to the family, he never loved and cared for 3 children like a real person. One day he said he would kill them all to protect them. his honor”Zainab’s boyfriend narrated her statement.

Unveil the truth behind case pitiful

Thanks to these clues, the police turned the case in another direction: It was millionaire Mohammad Shafia who killed his wife and three daughters. So the police dug into his past and discovered many unexpected truths. First of all, Rona is not a maid but rather Shafia’s first wife.

According to the collected data, Mohammad Shafia and Rona were married in the 1980s, but Rona was infertile and could not bear children. According to Afghan custom, a man can have more than one wife, so in 1989, Shafia married his second wife, Tooba, to have children. 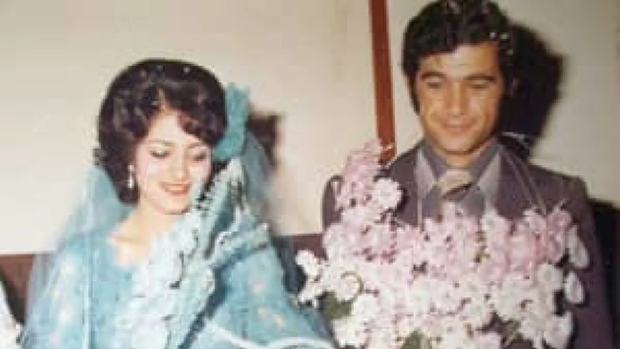 Rare wedding photo of Rona and Shafia found by police

Tooba gave birth to 7 beautiful children, and Rona took care of them like her own children. However, the relationship between the two wives was not very smooth, Tooba considered Rona as a servant and looked down on her.

After that, the whole family moved from Afghanistan to Dubai for business, luckily, business prospered, so Shafia became a famous millionaire. Until about 2007, they bought a house in Canada to live peacefully, not to trade anymore. It was at this point, however, that contradictions began to arise.

Canada is not like Afghanistan, this country bans polygamy, so if Shafia claims to have 2 wives, she will definitely be barred from immigrating. So Shafia asked Rona to be the maid, thereby successfully bypassing the authorities and living here. Neighbors also said that Mr. Shafia had never treated Rona like a human, but only viewed her as a lower class. 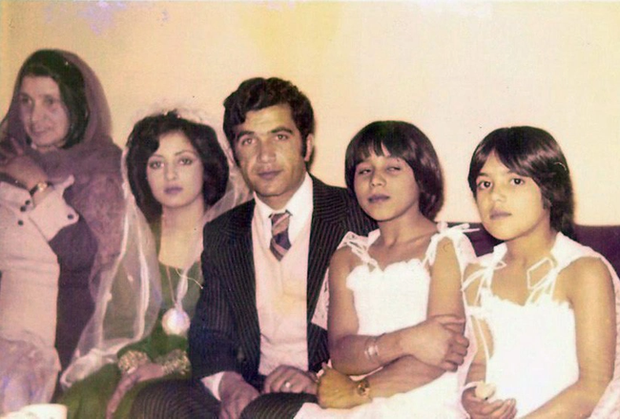 Shafia’s family photo in Afghanistan before moving to another country

Before her death, Rona once ran to the police station with multiple wounds on her body and said that Shafia would probably kill her. However, the police at that time only encouraged her to go home without further investigation.

“Eat clumsy but forget to wipe the edge”

Once they figured it out, the police were almost certain that Shafia was the culprit, but with this alone it couldn’t be called evidence. So they went to Shafia’s house and conducted a search to uncover more clues.

At the Shafia family, investigators discovered another car with a crash mark on the front part. One of Shafia’s son, Hamed, testified that the scratch was caused by another car touching it while moving in the parking lot. But at a glance, the police guessed that this car crashed into the car of 4 victims, causing them to fall into the water, causing a tragic drowning.

The scene of recovering the car with 4 tragic drowning victims

Although this is clear, this is still not considered evidence in court. So, the police installed a wiretapping device on this car to collect evidence. Sure enough, because they didn’t know anything, the Shafia family accidentally revealed the whole details of the case, not missing a single detail.

Specifically, it was Shafia who was the mastermind of wanting to kill 3 daughters because of the Western lifestyle, dishonoring the reputation of the family and Islam. He also wanted to get rid of his eldest wife Rona for supporting their way of life. Second wife Tooba also had some regrets when she killed her daughter, but after all, she ignored it and hoped that the rest of the children would not behave like that.

According to the planned scenario, the millionaire Shafia pretended to love his children and rewarded them with a trip to Niagara Falls. On the way, he caused the car carrying the mother and daughter to go close to the edge of the canal, then rammed from behind so that they fell into the water. Hamed acts as the person who arrives at the scene first to check the geographical position, calculate the trajectory so that Shafia causes the crime. 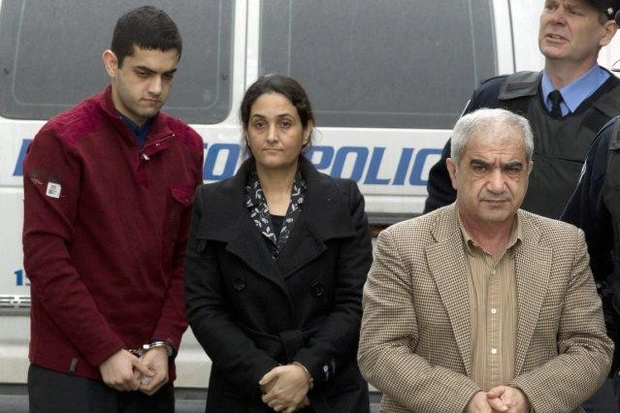 The 3 perpetrators of the case that shocked Canada: Shafia, Tooba and their son Hamed

According to forensic researcher Christopher Milroy, it is possible that the four of them were drugged so they could not struggle to get out of the car. An autopsy also revealed multiple bruises on the body, but it is still difficult to be sure if this was the cause of the unconsciousness in the car.

Thanks to this series of evidence, the police immediately arrested 3 people, Shafia – Tooba – Hamed for premeditated murder. When the recording was made public, they could no longer deny the crime, but had to admit to killing Rona and her four children. The case was quickly covered by the Canadian media, moving one by one.

In 2012, a jury convicted the three of them of murder. They were sentenced to life in prison and only received amnesty after 25 years. Although Hamed is still under 18 years old, he is still serving the sentence as an adult. 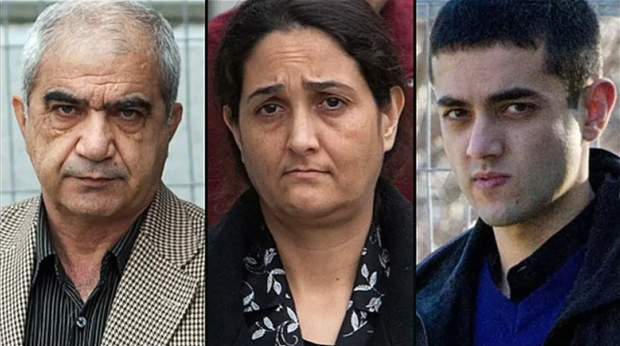 This sentence closed the shocking Shafia family case about the inhuman father and cruel concubine, as well as the son who did not love his sisters. The remaining children of this couple have been taken to a child protection center to continue living.

U60's beauty is top notch, you can see it with your eyes

Top 1 is a very flop movie, Kim Hee Sun's blockbuster is so low

Ukraine begins to receive anti-ship missiles from Denmark, self-propelled artillery from the US 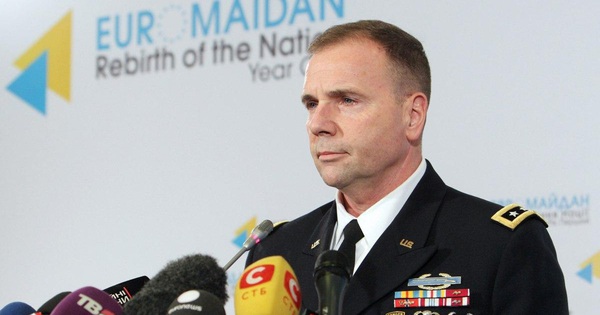 Forced to ‘break the neck’ of Russia in 3 weeks, otherwise this will happen 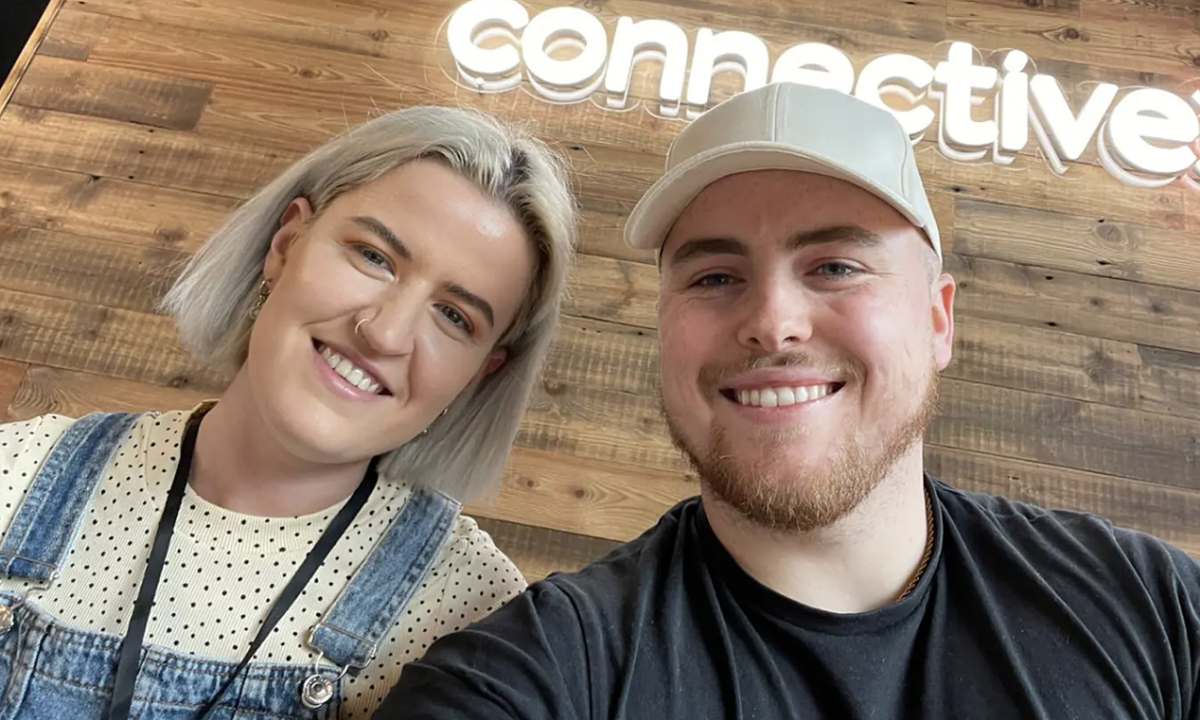 Exploding love at the office