As noted by PV, after nearly 8 years since the illegal construction was discovered, many items still exist.

Before that, the villa area was said to be worth about 150 billion VND (under construction) as an architectural complex with dozens of tile-roofed houses, with large concrete roads leading to the houses; many large wooden statues with very fine carvings; large fish pond in the campus, surrounded by houses and ornamental plants; many very detailed and elaborate scenes associated with many fairy tales… 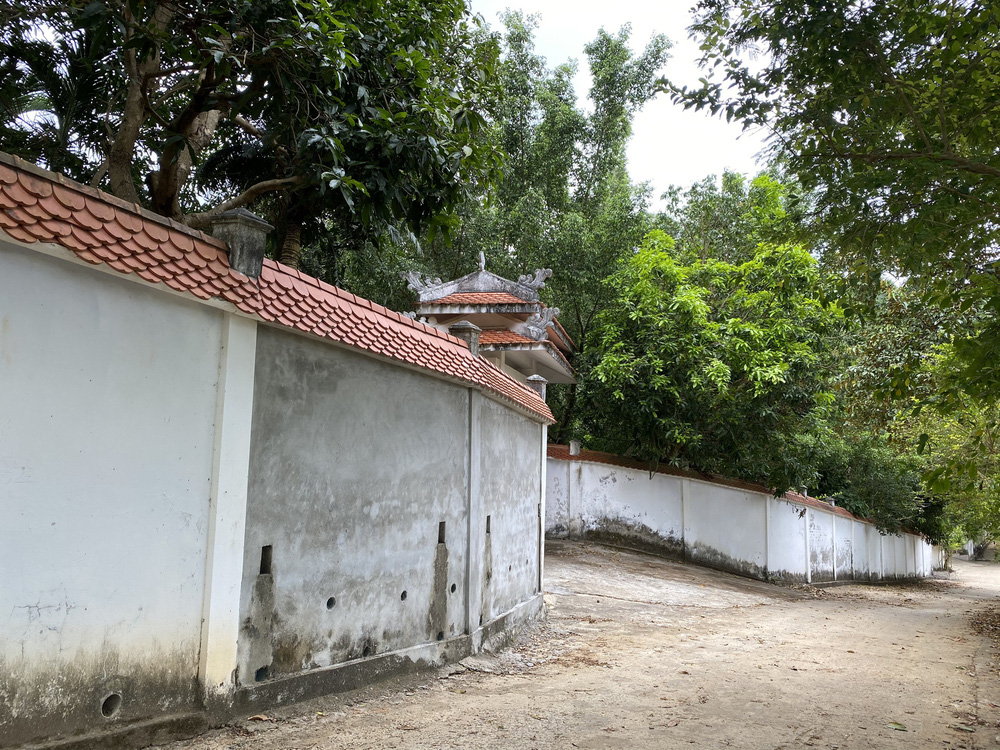 A system of reinforced concrete fences covers the area to be built. This is part of the total illegal construction items on forest land. Previously, at the end of 2014, Lien Chieu district authorities discovered two villas illegally built on Hai Van forest land. 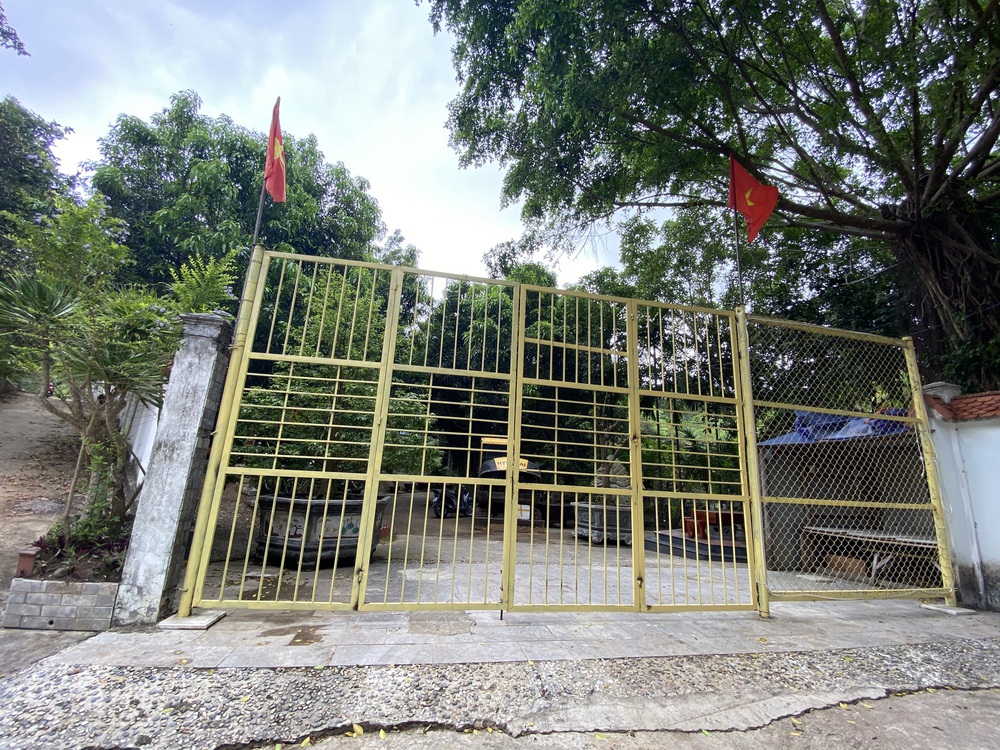 The main gate to the villa of Mr. Ngo Van Quang was demolished and replaced with an iron gate. At the time of being discovered, Quang’s mansion had an area of ​​1,411 m2. Here, he built more than a dozen houses of brick, concrete and wood. Along with the violation, there was also the villa of Major General Phan Nhu Thach (former Director of the Quang Nam Provincial Police). 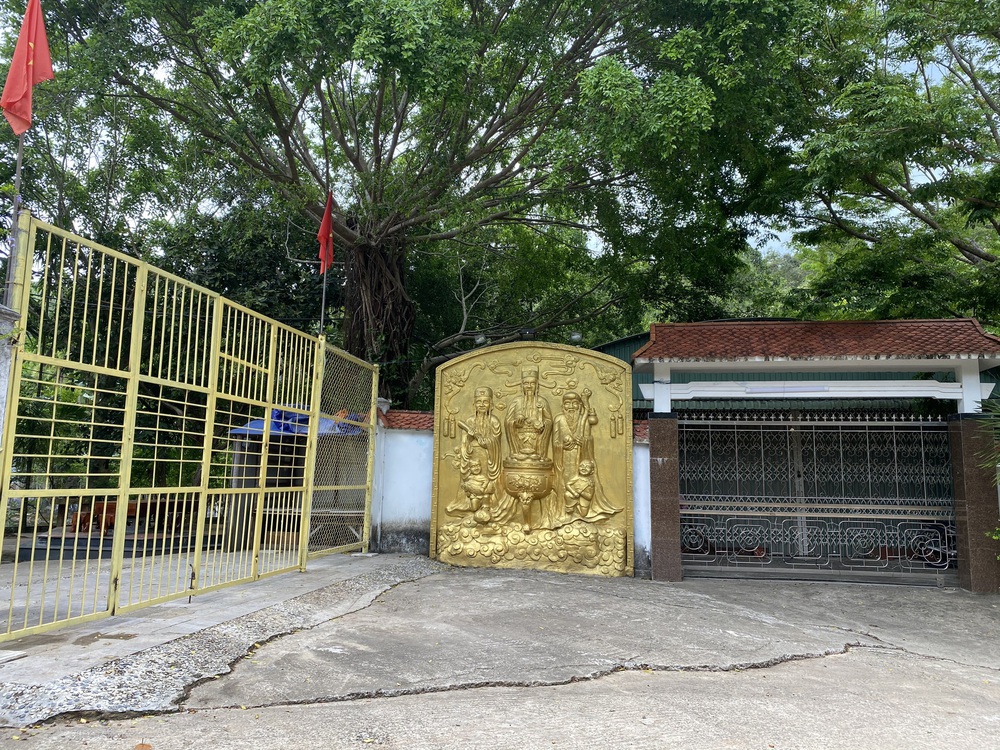 The elaborately built bas-reliefs have not been dismantled. After being discovered illegal construction, on February 4, Lien Chieu District People’s Committee issued a decision to administratively sanction Mr. Quang and Mr. Thach for building the villa without permission, forcing the demolition of the work within 35 days. Mr. Thach then carried out the dismantling, and Mr. Quang sent an application to many places asking to keep it. 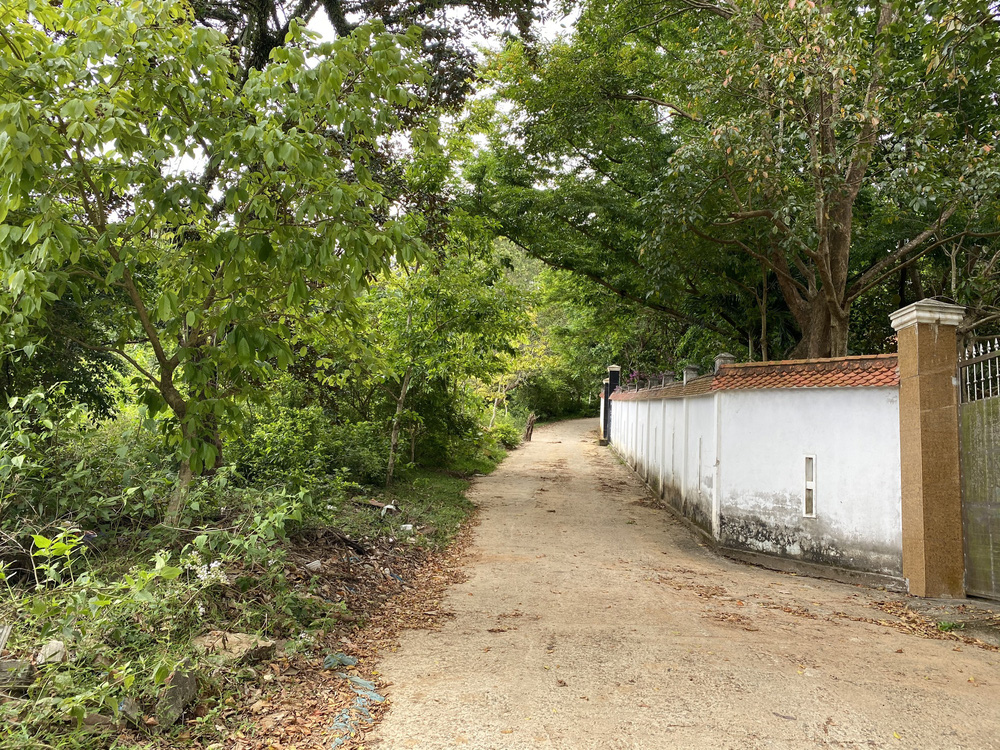 The road surrounds the villa of gold giant Ngo Van Quang. At the time of being discovered, Mr. Quang asked to keep it as an ecological and spiritual tourist area but was not approved. 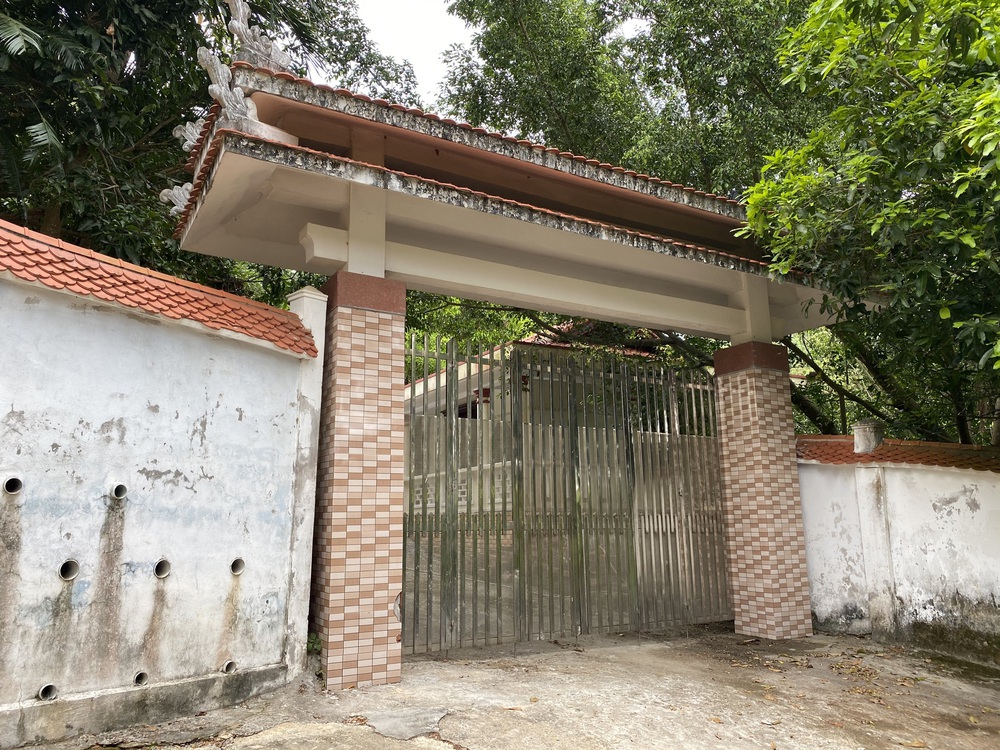 Lien Chieu District People’s Committee on December 8, 2015 issued a decision on enforcement of the work with the deadline for self-dismantling, completed before January 31, 2016. However, at the end of this time, the work has not been dismantled. Mr. Quang then submitted an application and was approved by the District People’s Committee to extend the extension until April 15, 2016. 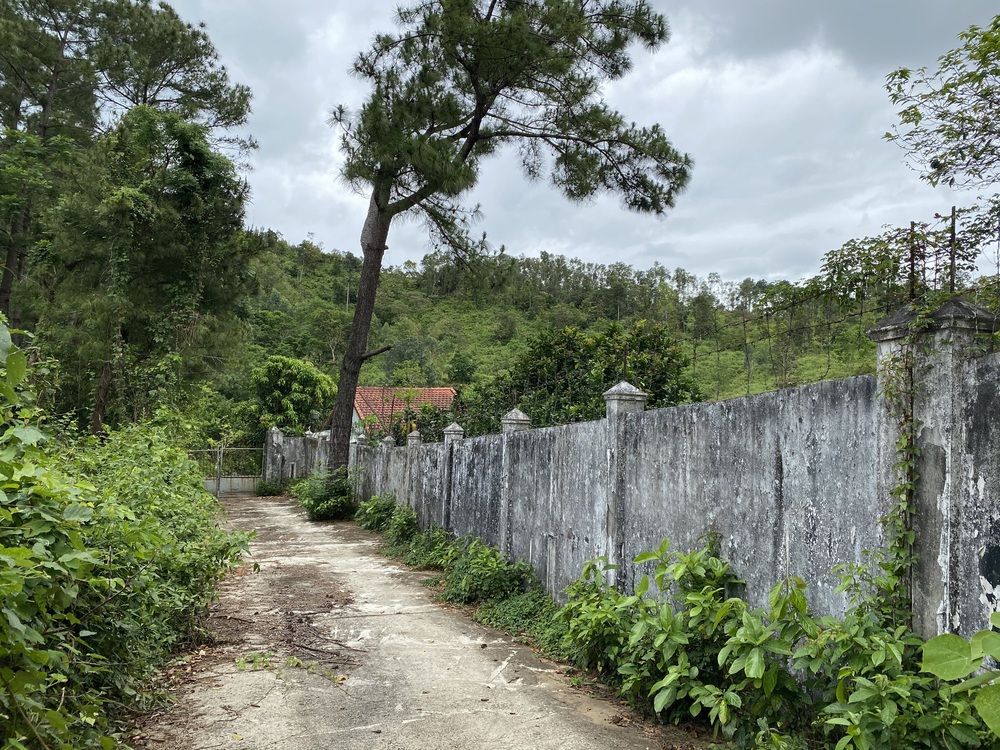 A house inside the villa has not been demolished. 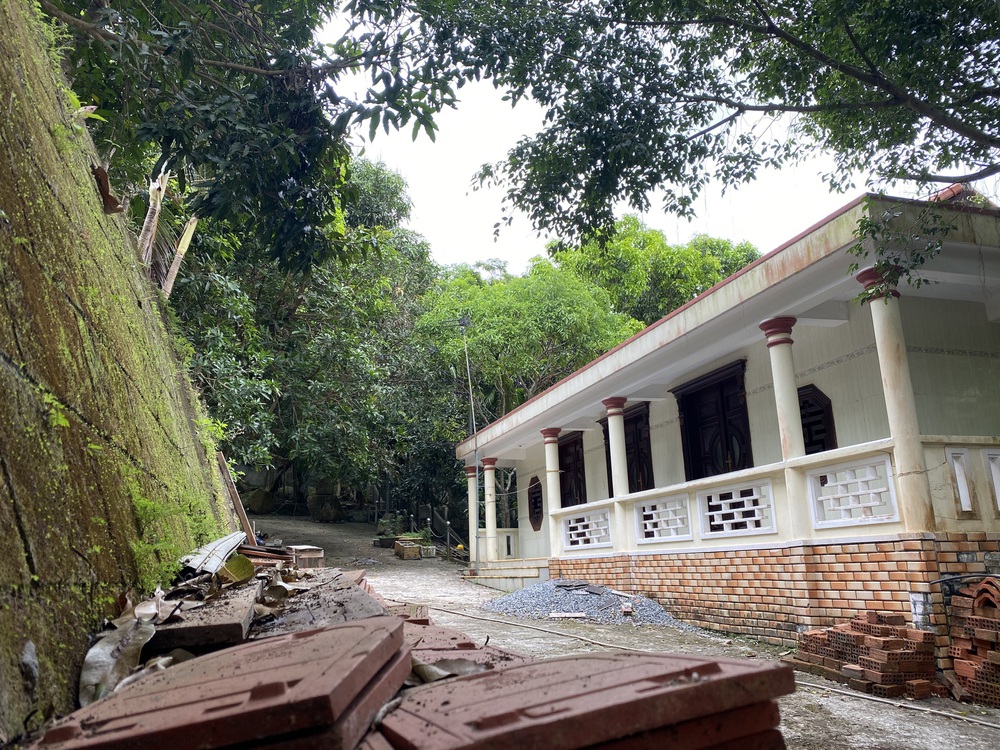 A solid concrete house inside the villa. Mr. Quang gave the reason that he had not found land to relocate his property, so he asked to keep some items and would continue to dismantle them to return to the scene. However, this went on for many years. 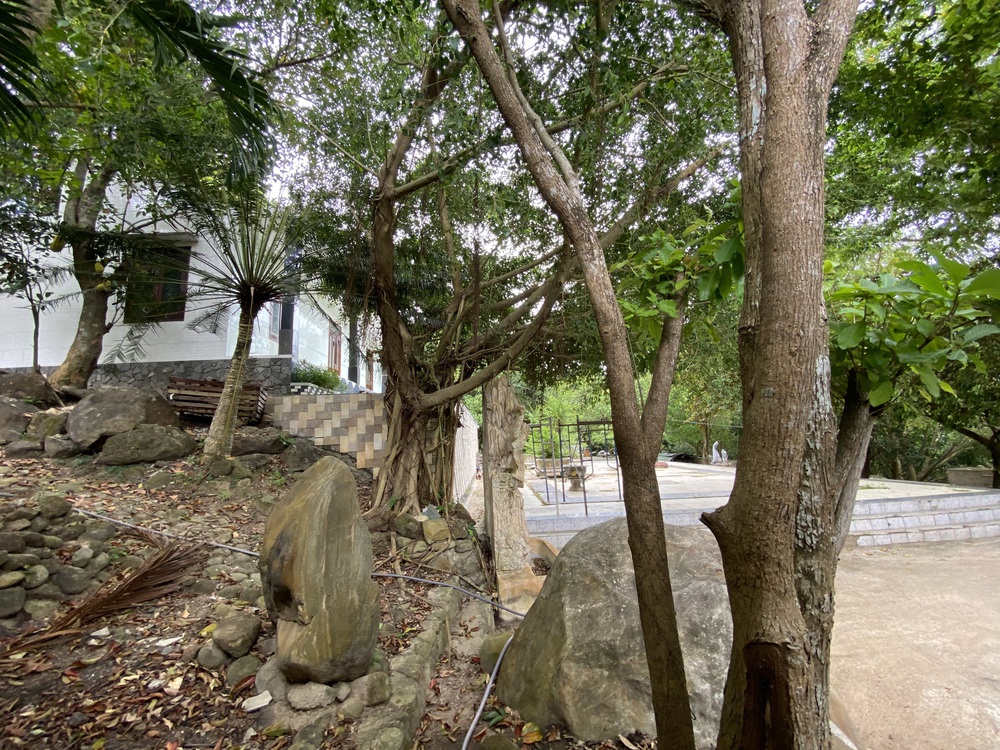 In January 2019, Mr. Quang hired many workers to dismantle the work under the witness of press agencies. However, after that, Mr. Quang used the reason that the time was close to Tet, so the workers returned to their hometown, making the dismantling work not completed as committed.

Mr. Tran Cong Nguyen, Vice Chairman of Lien Chieu District People’s Committee, when asked why the project has not been completed for many years, said Mr. Quang asked to dismantle it himself. Mr. Quang took the reason that he had many valuable material assets, so he asked to survive the church from his ancestors’ street and a house to store valuable assets. The leader of Lien Chieu district said he would report to the leader for the next course of action. 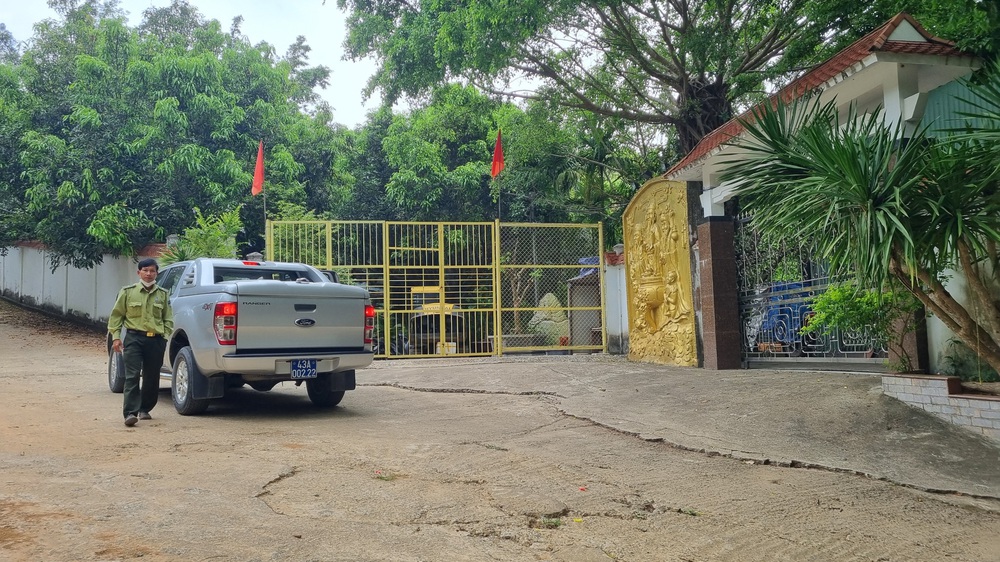 An inspection team of Da Nang Rangers was present at the villa on the morning of April 19. Inside the mansion, there are still many workers living, living and cleaning. 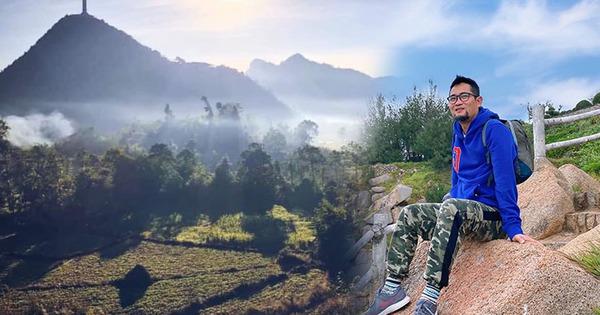 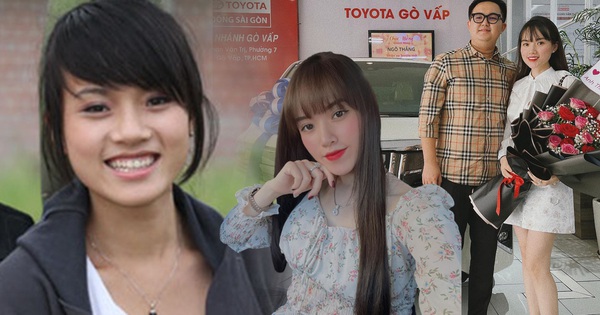 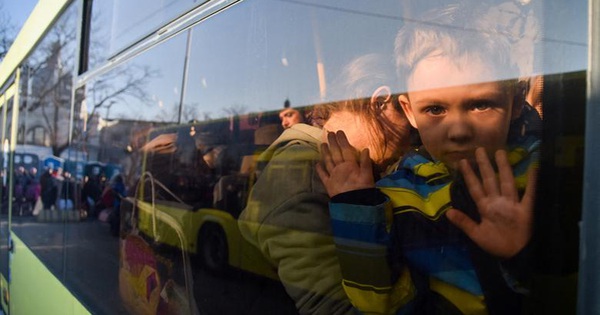 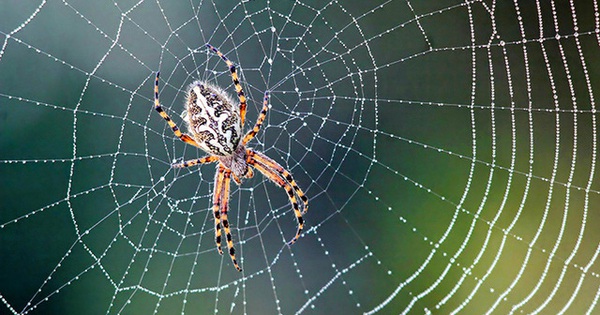 Without ‘ears’, how do spiders ‘listen’ and hunt for prey?