Love the sunny day episode 7: The audience got goosebumps with the scene of 2 mothers

Love the sunny day Episode 7 aired on VTV3 on the evening of April 18. I thought that after episode 6 was broadcast, the audience cried without tears. The thought that it would be difficult for any scene to “surpass” the scene of child adoption – an extremely important knot of the film. But not! Episode 7 Love the sunny day continues to be an episode that makes the audience feel heavy and sobbing, especially in the “claiming” scene of two mothers, under the impressive performance of two veteran artists: People’s Artist Minh Hoa and Meritorious Artist Thanh Quy.

In this scene, after learning that Trang is her biological daughter, the first thing Ms. Nhung did was to go to Mrs. Nga’s house and ask for her child back. Ms. Nga, after the first minute of shock because she met “the old people”, “generally insulted” Mrs. Nhung with the harshest words. Mrs. Nhung deserves this, because even tigers don’t eat their children, what mother would heartlessly abandon her biological child for more than 20 years, now come back and want to accept it?

But when Mrs. Nhung spoke up, Ms. Nga began to shake again, and also seemed to have some pity and sympathy. Ms. Nhung said that in the past, after leaving for about a year, she had come back to find Mrs. Nga, but her family had moved away at that time. Hearing that little Hoa was taken to the shelter, Mrs. Nhung came to find her but learned that her daughter was dead. The obvious evidence before her eyes made Mrs. Nhung despair. Mrs. Nhung was not eager for this life anymore. She is still alive today because of hatred. She wanted to take revenge on the person who separated her mother and child.

Listening to Mrs. Nhung’s story, and witnessing the noble lady – the general manager of Hoang Kim kneeling at her feet, earnestly and begging to receive her daughter back, Ms. Nga seems to have really fallen in love. But then Khanh appeared, she “unmasked” Mrs. Nhung as the one who suppressed, making Trang miserable at the company. Khanh also told Mrs. Nga for the first time that Trang had been looking for her birth mother for the past 10 years. Mrs. Nhung is the reason why she went to Hoang Kim to work, gave up the opportunity to study abroad…

At this time, Mrs. Nga was not satisfied anymore. She was angry and chased Mrs. Nhung out of the house. However, in the chaos of Mrs. Nga’s emotions at this time, perhaps there is not only anger at Mrs. Nhung, but also the disappointment of an adoptive mother, “envious” of the weight of her blood and blood. In the mind of Mrs. Nga at this moment, perhaps she is heartbroken because, after all, she is just Trang’s adoptive mother. And Mrs. Nhung is the biological mother. Trang is really filial, really worried about her, but for 10 years she has been silently searching for her blood and blood.

But it’s just a little “envy” and a little disappointing, because after all, perhaps after all, all of Nga’s thoughts are focused on Trang. Her obedient, filial daughter must have endured many hardships and heartaches for the past 10 years. She loved, but was also angry with Trang, because she had silently endured and repressed the pain alone but could not share…

As for Ms. Nhung, when she heard the truth about Trang through Khanh’s story, she was also shocked and saddened. She realized that she not only abandoned and made her daughter miserable, but also caused too much pain for her daughter.

The climax of the scene is when Mrs. Nga chases Mrs. Nhung out of the house, slamming the door. One door apart, the two mothers at that time seemed to share the same breath, one pain… The top acting performances of People’s Artist Minh Hoa and Meritorious Artist Thanh Quy contributed to pushing viewers’ emotions to the climax. If in the previous episode, People’s Artist Minh Hoa made the audience’s hearts sob with the scene where Ms. Nhung discovered that Trang was a girl, in this episode, Meritorious Artist Thanh Quy grabbed the spotlight with the “old people” reunion scene. , and at the same time know the hidden thoughts of Trang.

Acting with the eyes of a veteran artist is a highlight when she seems to make the audience live with her character, experiencing a series of emotions, from surprise, to bewilderment when “old man”. one day knocking on the door, the angry look when reprimanding Mrs. Nhung; From a little awkwardness, to the relief of hearing the other mother’s explanation, to the shock and disappointment of knowing that the adopted daughter was still silently looking for her biological mother…

After the episode aired, social networks continued to “flood” in a series of comments expressing the audience’s emotions. Among them, the majority were comments praising the outstanding performance of People’s Artist Minh Hoa and Meritorious Artist Thanh Quy.

Some comments from the audience Love the sunny day:

– Miss Quy acted like she was not acting, choking made me cry too!

– The moms are really good at acting, I think domestic movies are getting better and better!

– It’s really heartbreaking, Nga’s mother is very good at acting! Watching without holding back tears, every sentence of the two mothers has taken away all the tears of the audience, so excellent!

– When I was a kid, I only watched the movie’s results, when I grew up, I was really impressed with the way the artists brought true emotions to touch the hearts of the audience.

– Great episode! Ms. Minh Hoa acted as if she did not act, and Ms. Thanh Quy stopped it! 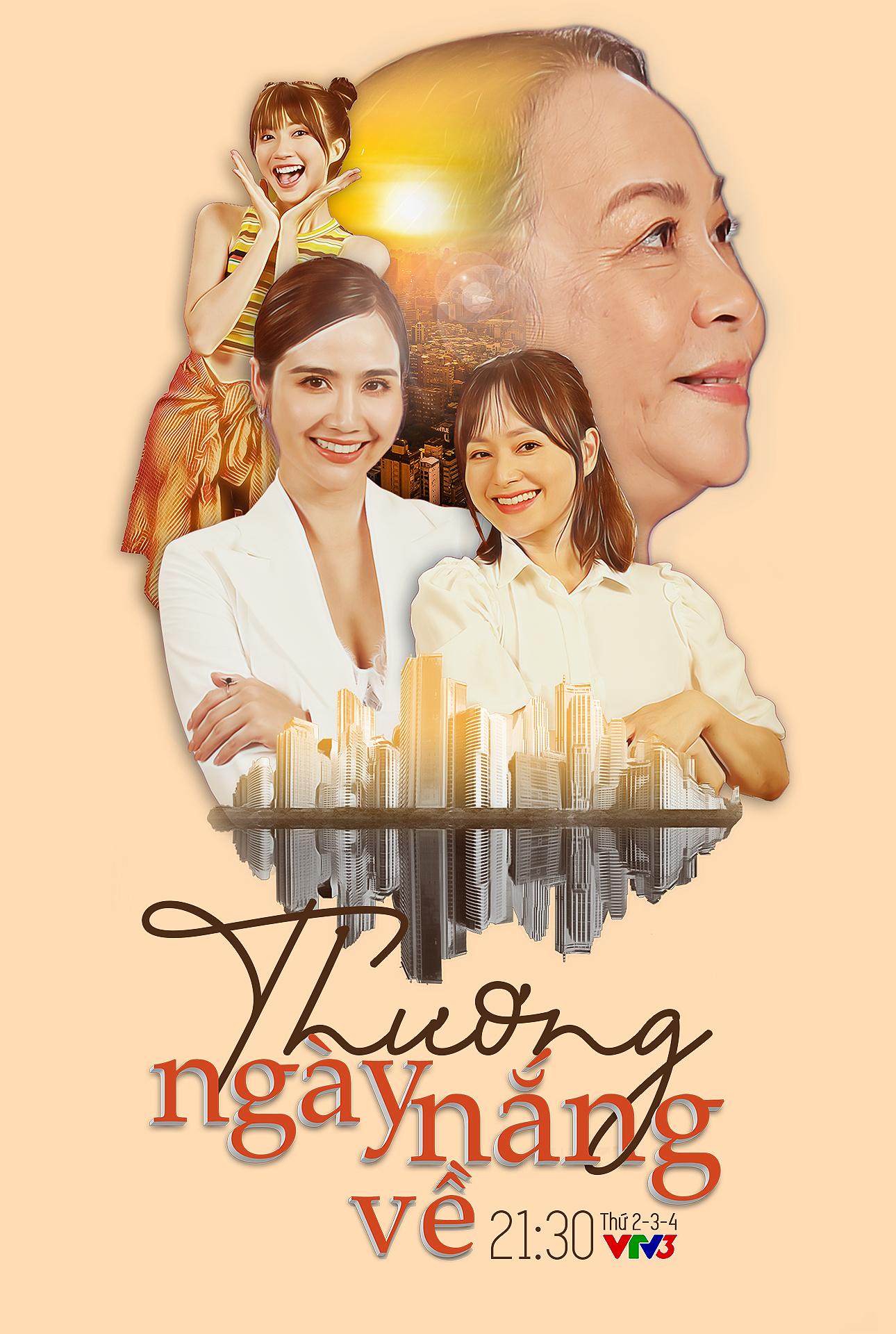 Watch Thuong on a sunny day, episode 8 part 2 continues to air on VTV3 on the evening of April 19. 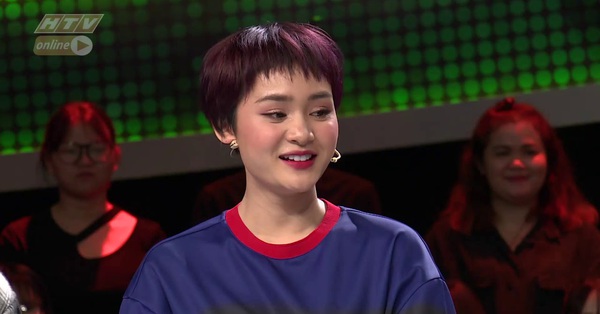 Vietnamese quiz “No need to plant a plow, hearing the name is full of love” Being mocked as a monkey, the girl gritted her teeth to endure pain, underwent 5 major surgeries hoping to change her life 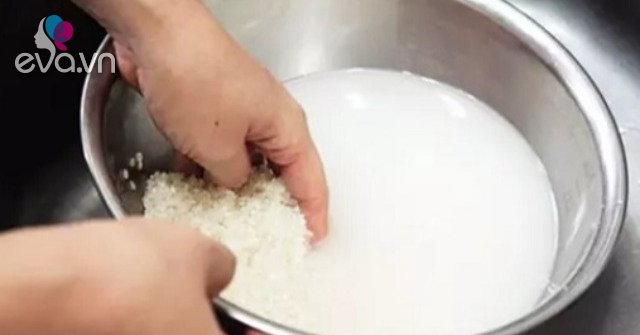 “Divine medicine” to nourish the face, clean the food many families pour down the drain every time they cook rice without knowing it