Boats to visit Ha Long Bay, Khanh Hoa hotel… face the risk of bankruptcy when there are no customers from the largest market – China.

After a month of opening for tourism, Chinese tourists still cannot come to Vietnam because of the Zero-Covid strategy. The lack of visitors from this largest market is a worry that weighs heavily on tourism business owners in Ha Long, Quang Ninh or Nha Trang, Khanh Hoa…

These days, Ha Long Bay cannot return to its bustle because of the lack of Chinese tourists. According to statistics of the Ha Long Cruise Ship Association, about 70% of the 500 ships are still “moving motionless”.

“Without Chinese customers, we lose up to 60-70% of our revenue, worried that we can’t hold out any longer,” said Ngo Van Nam, director of Quang Nam Trading and Service Co., Ltd. He operates 10 ships to visit Ha Long, but so far only 4 have reopened.

Mr. Nam said that before Covid-19, Chinese tourists accounted for 60% of train passengers. Especially, they always fill up the ship from August to April when domestic tourists rarely come to Ha Long. More than a dozen delegations a day are now just a memory of Mr. Nam. Faced with reality, every month he pays more than 70 million VND for a ship to maintain, maintain, pay staff salaries, yards, bank interest… While domestic customers only come on Saturdays. , Sunday, so we don’t know when it will be enough to fill the 72-99 seat ships.

Mr. Ngo Thanh Tung, Director of Tung Van Co., Ltd., also fell into a similar situation. You just sold a 2 star hotel to save the ships. Currently, he has 11 ships, but only 4 have been re-operated. Weekdays, the capacity is 40% and the highest weekend is only 80%.

Mr. Tung shared that he was always looking forward to Chinese customers, accounting for 80-90% of his total number of train passengers. Previously, each ship served two groups per day, with a capacity of 200%, most crowded on the occasion of the National Day of China on October 1 and the Lunar New Year holiday.

“A month ago, I had to choose to save the ship because 2-star hotels also mainly welcome Chinese guests, open or not. Up to now, I have to pay 70 million VND per month to maintain the ship, if international guests If the economy does not return, the risk of bankruptcy is very high,” said Mr. Tung.

Not only ships, 2-3 star hotels in Ha Long and Quang Ninh also face similar difficulties. In 2019, the market of Chinese visitors to Quang Ninh was more than one million. Ms. Nguyen Thi Bao, Chairman of Quang Ninh Tourism Association, said that in addition to high-paying and accommodation services, the Chinese are characterized by large groups, which can handle the filling of rooms in 2-3 hotels well. stars and use mid-range services. Therefore, it is expected that this year, when they cannot return, this mid-range hotel and restaurant tourism business will have a great influence.

In Nha Trang, Khanh Hoa, anyone can notice that this place is missing a “specialty” of traffic jams because the large tourist cars carrying Chinese passengers have not returned. In 2019, the province welcomed 7 million visitors, of which China accounted for 45%, Russian tourists about 30%, and the rest were domestic and other international visitors, according to Mr. Hoang Van Vinh, Chairman of the Tourism Association. Nha Trang – Khanh Hoa.

Khang Thai and Vietnamtourist are the two largest travel agencies that welcome guests from this market to Khanh Hoa, which are currently not in operation. Some streets known as West Street such as Hung Vuong, Tran Quang Khai, Nguyen Thien Thuat … no longer have the scene of people walking and shopping. Many restaurants that used to have Chinese signs in parallel with Vietnamese and Russian languages ​​have now been dismantled and the premises have not been leased. Besides restaurants and eateries, hotels are most affected by the lack of Chinese guests, especially 2-3 star establishments or not located near the sea.

Mr. Le Xuan Thom, General Director of Hai Dang Co., Ltd., worried about dissolving the 4-star Galina hotel in Nha Trang city because of lack of guests. Previously, Chinese and Russian guests at the hotel accounted for 70% of the total number of guests. Chinese tourists have the advantage of traveling in large groups, staying for a long time, spending at a decent level, companies closing schedules and eating menus early, but little change. According to Mr. Thom, this is an important, stable and especially easy to serve customer stream. Up to now, in the absence of both Russian and Chinese guests, the occupancy rate is only 25% in April.

“Revenue has not improved, each month has to compensate for the loss of about 400 million dong for the hotel. Not to mention now that 4-star hotels in the city are reducing prices, so hotels like us have to reduce accordingly. This price With low capacity, it’s not enough to break even, not thinking about making a profit, “Mr. Thom pondered.

Mr. Thom expects an explosion of domestic guests in the summer, in the immediate future, April 30 and May 1, when the room is fully booked. Ship owners like Mr. Nam and Mr. Tung all have similar hopes, but only identifying domestic customers helps them to somewhat hold out against the brink of bankruptcy.

Some monuments such as Ponagar Tower, Hon Tam… are not yet crowded, but there are positive signs, according to Mr. Nguyen Tuan Dung, Deputy Manager of Khanh Hoa Monuments Management Board. During the epidemic, the number of visitors to Thap Ba Ponagar each day was only 100-200, equal to 0.02% compared to before the epidemic, when Chinese tourists alone had 3,000-4,000 arrivals. “Currently, the relic welcomes 1,000 domestic visitors every day, during the past holiday nearly 2,000 times,” Dung said.

According to Mr. Tran Van Hong, deputy head of the Ha Long Cruise Ship Association, “international tourists are only a dream”, so domestic tourists will continue to be the mainstay of tourism business. However, he also said he expected that this summer, Southeast Asian tourists, and furthermore, Europe would make up for the lack of Chinese tourists. Especially in the past time, many businesses have welcomed delegations from India, Mongolia, new and potential markets.

In March, Vietnam welcomes 15,000 international guests, an increase of nearly 10 times compared to February when it was still in the pilot phase. Nguyen Quy Phuong, Director of the Tourism Department of Vietnam National Administration of Tourism, said that the major market sending tourists to Vietnam is Northeast Asia (China, Korea, and Japan) which cannot currently come because of epidemic prevention measures. . However, in the current period, Vietnam welcomes many new markets, although the number is not as large as Kazakhstan, Mongolia and soon India, showing the interest of international visitors to Vietnam.

In Vietnam’s tourism recovery strategy, Northeast Asia is still identified as a target market, in addition to developing market diversity. In March, the Ministry of Foreign Affairs coordinated with the Ministry of Culture, Sports and Tourism to organize a conference on opening up tourism, with the participation of 94 Ambassadors and heads of representative offices of Vietnam abroad. . In July, the national carrier Vietnam Airlines will continue to restore and operate flights to China with a frequency of 6 flights a week.

Before the pandemic, China was the largest market in Southeast Asia. In which, Vietnam ranks second in welcoming Chinese tourists with more than 5.8 million arrivals in 2019 (accounting for 32.7% of total international arrivals) and nearly 5 million arrivals in 2018 (32%). In which, revenue from this guest market in 2018 was VND 94,700 billion (24.7% of total revenue).

This summer travel season can turn into a nightmare 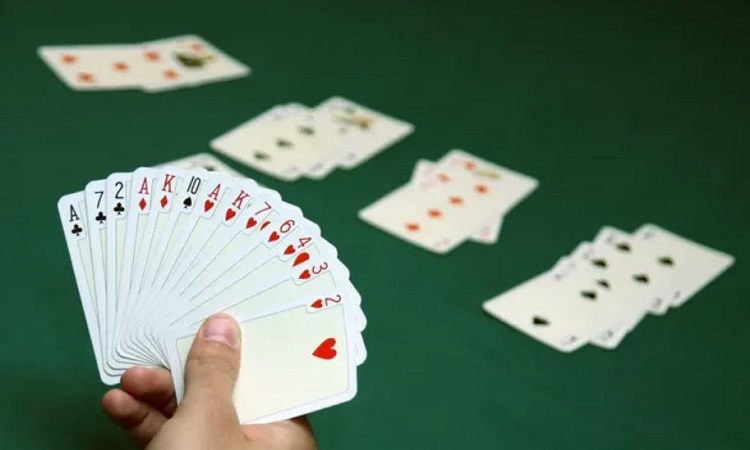 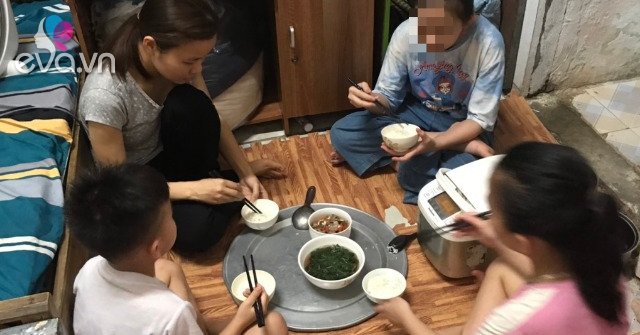 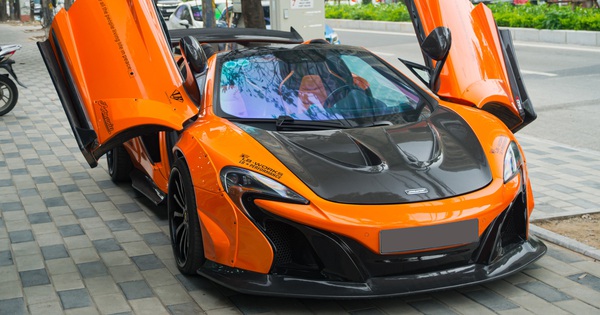 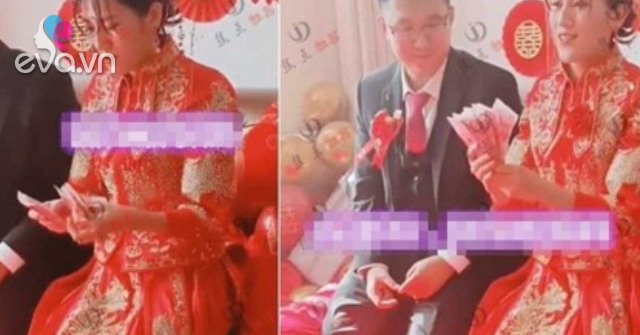 During the wedding, the groom runs to borrow money due to an unexpected request from the bride