Subject Le Ba Chuc in Tra Vinh, was arrested and detained by the Police Department for insulting the National Flag.

According to the police, at about 9 a.m. on April 17, Le Ba Khac rode a motorbike to the police headquarters of An Truong commune, used a crowbar to break the aluminum frame, banners hanging slogans and tore the national flag. An Truong Commune Police Officer persuaded him to give up the crowbar to talk, but he still aggressively performed thugs.

Then, he went to the yard of the headquarters of the People’s Committee of An Truong commune to tear the Party and Fatherland flags. When he saw the policemen of the commune coming, he ran away.

The suspect probably abandoned his motorbike and ran into people’s houses.

Although he was persuaded by the functional forces to give up his weapon, Le Ba Khac repeatedly insulted and used bricks and tiles on the roofs of people’s houses to throw them at the working group. By professional measures, the authorities controlled Le Ba Khac.

According to the police, Le Ba Khac did not use alcohol, beer and stimulants before committing the above act. However, a month before that, this man had illegally used drugs.

The Cang Long District Police Department is clarifying the case.

Does Hien Ho "have a door" to return to showbiz after the apology? 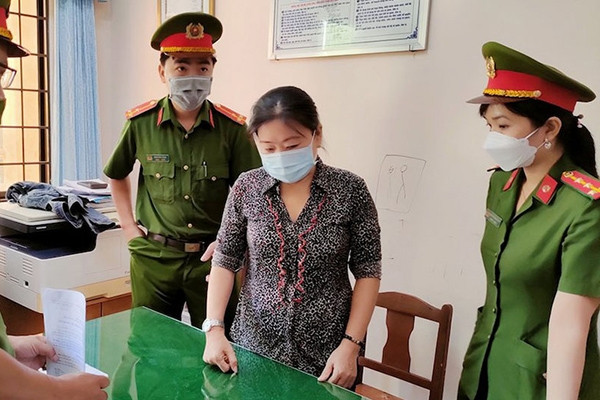 Former female head of the Department of Labour, Invalids and Social Affairs and 6 subordinates colluding with embezzlement After drinking, the young man took the girl to the motel to abuse

The girl “traps” many people to buy land for projects, appropriating more than 40 billion VND