In the life of each of us, we all face many difficulties and challenges.

Some people are helpless, angry, depressed, and give up when facing difficulties. But there are people who, after a fall, get up again and move on.

If a person dares to face, overcome difficulties, and rebalance his life after changes, he or she is called a person with “resilient capacity”.

Schopenhauer once said: “Except to overcome difficulties is the truest purpose of life, life has no purpose worth mentioning”.

Those who overcome tribulations will become true warriors in life. And those who are defeated by difficulties will always be depressed and sad, and can’t succeed in whatever they do.

His father was seriously ill and had to undergo surgery. He almost had to use up all the family savings. After that, the family business suffered a loss. The daily debt collection calls nearly broke him down.

A 30-year-old man is so poor that he has no money to eat. His daily activities are patchwork, even drinking a soft drink feels luxurious.

He said: “During that time, I worked a lot of extra jobs. Sometimes I delivered food, sometimes I worked as a courier. On rainy or snowy days, my whole body was soaked. Sometimes I felt too tired, At night alone, lying in bed, tears kept falling.

Although life was difficult, he never complained or complained to anyone. He often reassures himself that everything will be okay.

Life may block him from this path, but it cannot prevent him from pursuing a new path.

Some people think that people who have not burst into tears in the long night have not experienced enough life stories.

When being beaten down by life, why can’t some people even try their best?

Psychologist Martin Seligman’s “3Ps” will explain to you why people can’t move forward when they are engulfed in pain and despair.

Personal psychology is that when you are in trouble, you will think that all bad luck is your fault.

However, constantly tormenting yourself will not only not solve the problem, but will also add to your psychological burden and drag yourself deeper into the abyss.

Contagion is when something bad happens, you let that hurt affect all aspects of your life.

In fact, most of the unhappiness you imagine doesn’t actually happen. The so-called pain is only the result of amplification of personal negative emotions.

Eternity is when the person experiencing a certain pain believes that the suffering will last for a lifetime.

This long-term negative thinking and drowning in pain can leave people in a deep state of despair about the future. 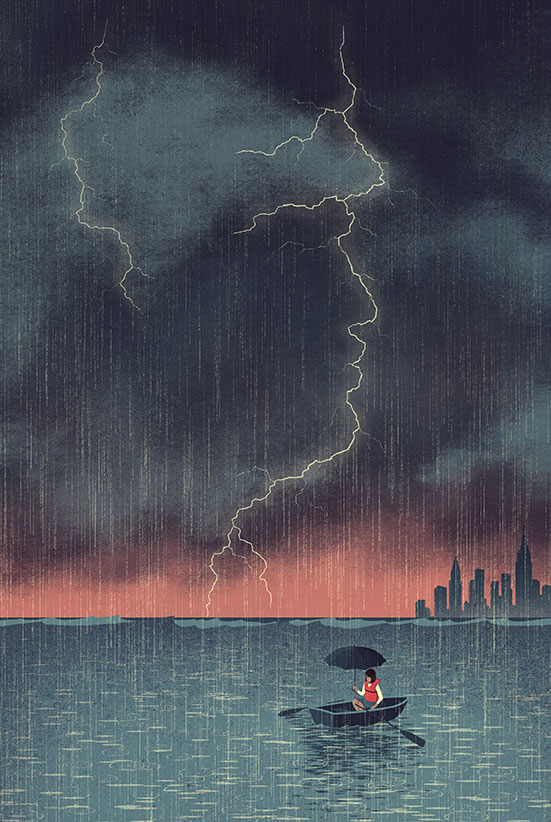 Former Vice President of Google, the most powerful woman in the world – Sheryl Sandberg – has had a shining career and a full and happy life.

But when she was 40 years old, a tragedy happened. The husband with her knee-to-shoulder for 11 years – Dave Goldberg – died suddenly, leaving her with young children.

For the first few months after Dave’s death, she was engulfed in grief. Her life was extremely chaotic.

She constantly blamed herself. She felt that she was not enough to take care of her husband before. Those negative emotions not only affect her work, it even affects the lives of those around her.

She always thought that her husband was gone forever, the children would not be able to have a happy childhood and she would no longer be happy.

So whether she was on the side of the road in her car or in meetings, she couldn’t hold back her tears when she thought of Dave.

In her book The 3rd Ultimate Choice, she writes: “I fell into the void. Emptiness invaded my heart and lungs. It limited my ability to think, even breathe. I”

At this time, her friend, Adam Grant, a famous psychologist told her: “We can plan step by step to regain balance after the pain we have to endure. Each of them No one is born with the ability to self-heal and regain balance after loss, because it is cultivated and improved in the course of life.”

With Grant’s help, Sheryl gradually mends her broken heart and regains the courage to live.

In 2020, Sheryl came out of her loss, announced her engagement, and embarked on a new journey.

Combining her real personal experience with Adam’s research on building resilience, she has released The 3rd Best Choice. This is a book of in-depth analysis and construction. details about resilience, helping people save themselves from the despair of suffering and loss.

Sheryl said: “Now I know that a person will continue to grow after trauma. But it is not necessary to go through suffering to have the ability to recover. We can completely prepare well. face the difficulties and obstacles in life.”

There is a story like this in the book. A netizen named Virginia has a happy family. But when she was 53 years old, her husband died suddenly. Six years later, her son died the night before her daughter’s wedding from a heroin overdose. But this mother still suppressed her grief and held her daughter’s wedding the next day.

Not long after, Virginia cooperated with local schools to organize a drug prevention campaign. She, along with many parents and counselors, has established addiction support groups.

The sense and responsibility with the new mission allowed her to overcome the pain and start a new life. “The deaths of my husband and son have woven the fabric of my life,” she said. “But they cannot define or shape my life.” 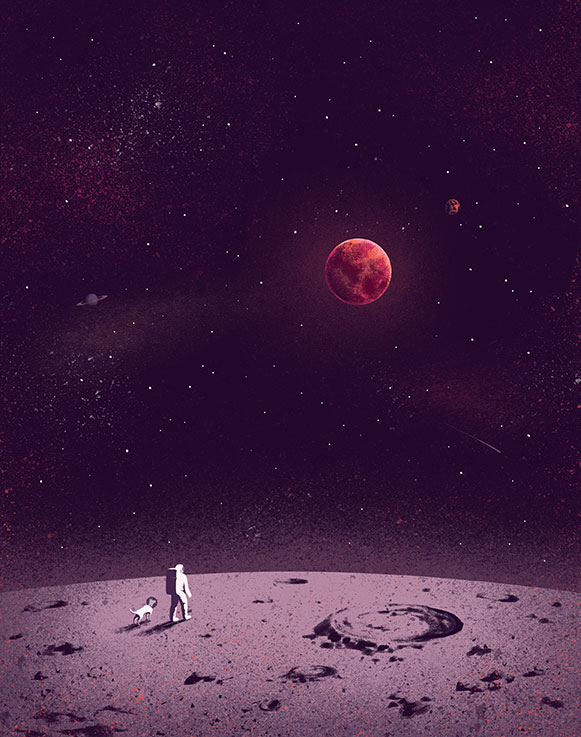 I once read a question “What happy moments have you had this year?”

It has been found that most moments of happiness are obtained after a long period of silence, even pain.

After graduating, she searched for a job for half a year, interviewing countless companies. Walking alone through office buildings in Beijing, including offices in extremely remote corners.

It is very difficult to get a job from a company. She feels that the colleagues around her are extremely talented. She worked overtime every day but still couldn’t keep up with their pace. As the three months of probation passed, she thought the official transfer was hopeless. So she started looking for a new job. As a result, she suddenly received a notice to become an official employee of HR. Above is also a comment from the leader: hard work and study hard.

Almost a year of darkness and gloom, suddenly a ray of light shines on.

As Cheryl once said, “When life tries to give you a slap and throw you into the pool of grief, all you have to do is try to swim to the surface and breathe again.”

There’s a saying in “Wild Survival” that I really like: You don’t have to be tall, but you have to be strong.

Only when we have a stable inner mind, we will no longer give up easily and lose our way.

The era of 'many users sharing one account' is about to come to an end? 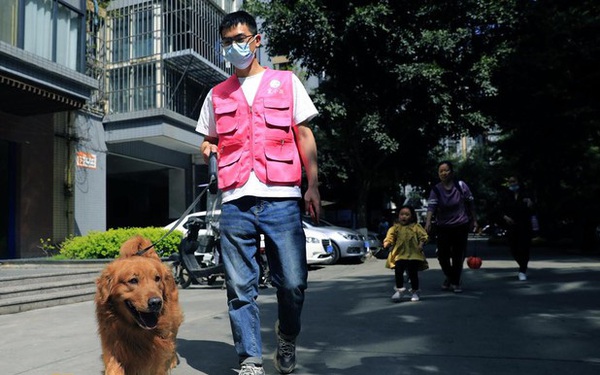 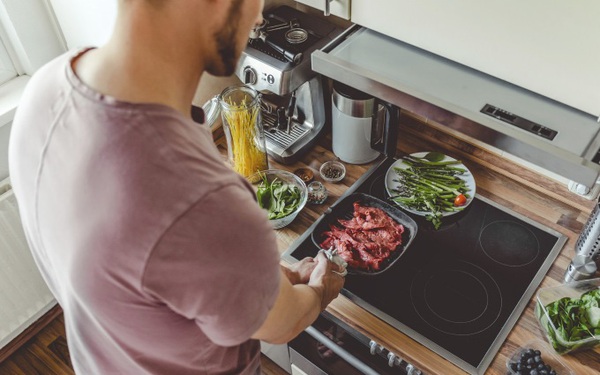 Warning of 3 types of meat, the more you eat, the lower the male hormone will be 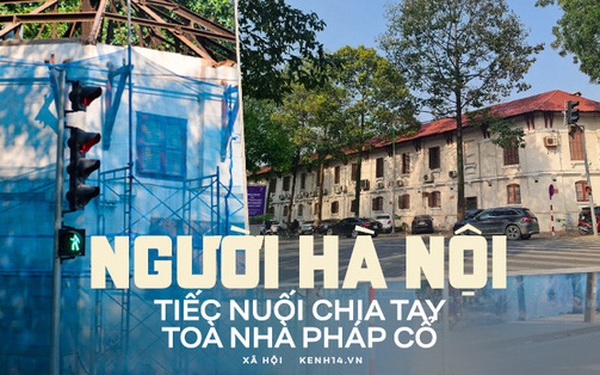 Demolishing the old French building with 4 facades to build a high-rise building, many Hanoians regret the imprints of their childhood 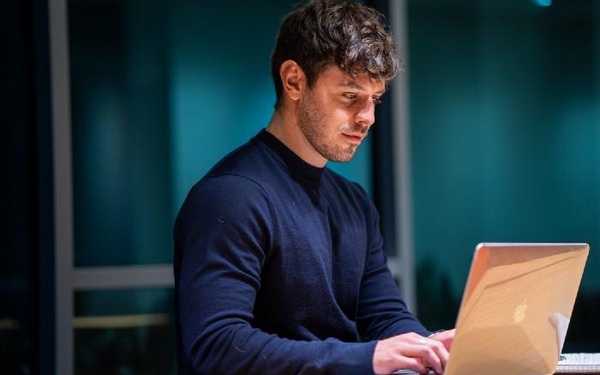 Instead of dreaming of being a unicorn, why should you choose ‘Microstartup’?