Expected a few days after the friendly match against U.20 KoreaMr. Park will announce the list of 20 players playing at sea ​​Games 31. But those who are eliminated will not have to return to the locality but stay to practice.

One Vietnam U.23 team Others will be established and trained under the guidance of local coaches, in order to serve as an army to support U.23+3 Vietnam attend the 31st SEA Games.

Coach Park Hang-seo and Vietnam football federation (VFF) agreed to have different plans to be proactive with all possible situations at SEA Games 31. Accordingly, Vietnam U.23 team With the force of players who are eliminated, not allowed to play SEA Games 31 plus the number of players who are not summoned to prepare for the congress, will be summoned into a group of about 18 – 20 people. Formation This “roundup” is expected to focus on April 30 and Mr. Park will hand over power to the members Vietnamese assistant handle. And assistant Gong Oh-kyun continues to be one of the members of the coaching staff of Vietnam U.23+3 team at SEA Games 31.

Vietnam U.23 team The aforementioned small group practices independently, at the Training Center Vietnamese youth football, not with the U.23+3 team in Vietnam. There are two purposes that VFF and Mr. Park when establishing this team, to actively respond to bad situations. For example, there is a case of Covid-19 in SEA Games 31 immediately have a replacement.

The organizers of the congress have allowed in the 31st SEA Games football (both men and women), if there is F0, they can change up to 15 players (and futsal can change up to 11 players). If the disqualified players return to the club immediately, when an emergency situation occurs, it will not be able to manage in time.

The second purpose is that this force also prepares for the final round of the 2022 Asian U.23 Championship in June. Right after the 31st SEA Games ends on May 23 (the final match of the sport). men’s soccer on May 22), the “small” lineup will be handed over to Coach Gong Oh-kyun. Mr. Gong will sift through the squad competing at the 31st SEA Games and the “small” squad to personally select the list of the U.23 team to attend the U.23 Asian finals in June in Uzbekistan. At this time, Mr. Park will officially transfer power in the Vietnam U.23 team to Mr. Gong Oh-kyun.

Thus, even players who are not on the team U.23 Vietnam like Nguyen now Hai LongNguyen Huu Thang there is still a chance (albeit very small) to attend the 31st SEA Games if they are called to the corresponding squad as mentioned above. 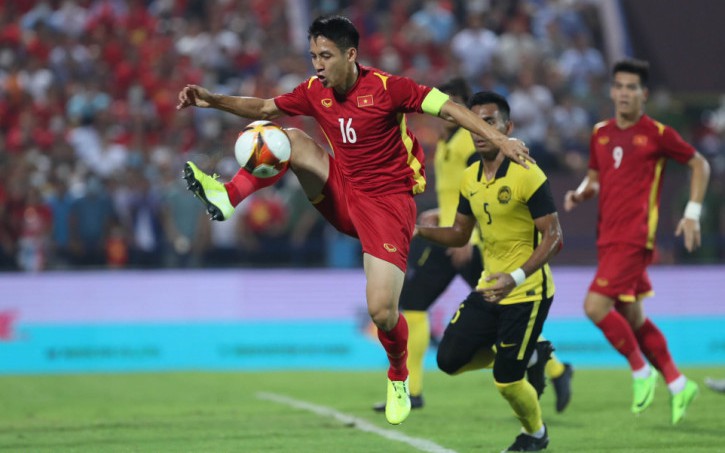 Do Hung Dung “plowed like a buffalo”, was tested for doping