This is the arduous but also glorious second pass, the highest evaluation test for the country’s talents. Therefore, the contest and the family contest were called the great billion (big competition). This great competition was known in the past as the university. The university consists of two stages: the contest and the family exam. The contest also has 4 periods, those who pass all 4 periods will be awarded a Ph.

The royal court is also known as the palace exam, that is, the exam at the king’s court. The king directly asked questions. The exam suspends the grading of the PhDs who have passed the entrance exam only. In the Le dynasty, there were a number of faculties that, because of chaotic circumstances, did not organize a family exam but still classified PhDs.

The competition is a national exam for those who have experienced poetry and have obtained a bachelor’s degree and the examiners who have completed the course at Quoc Tu Giam. Those who pass in university exams like this all have titles for them depending on different periods in history (Thai students, PhD). In addition to the regular exams, the imperial court also opened a surprise exam. Such special faculties are called Encyclopedia. .

Thai students appeared from the Nham Thin exam (1232) under Tran Thai Tong to the Canh Thin exam (1400) under Ho Quy Ly. The doctorate started from the Nham Tuat exam (1442) of the Le Thai Tong dynasty until the exam that ended the history of Confucian examinations in our country in the year of the Goat (1919) of the Nguyen Khai Dinh dynasty.

The doctorate is divided into 6 levels: (1) Poinsettias (2) Table of labels (3) Tham Hoa belongs to the first armor, people in the world called them Tam Khoi, at one time it was called Dr. The two thyroids (the main table) were also once called the Doctor of Origin (5). The Doctor of the Third Zodiac is called the Dong Doctor from (6) The Vice Table is a product of the Nguyen Dynasty examination that began to appear in the Ky Ou (1829) examination of the Minh Menh Dynasty.

Between the Doctorate and the Associate Degree, there is a regulation on the passing rate and grade. For example, in the exam department of 1843 under Thieu Tri’s reign, 25 people passed, only 10 people passed the doctorate, the remaining 15 vice-tables. If we count 30 exam departments in Hue (1822-1892) and get 560 people to pass, there are 229 PhDs, the rest are vice-presidents.

Competition and Competition Both these exams take place over a period of 8 months: from the spring exam to the fall of that year. And the law of the assembly also has four times like the poetry of incense.

The first period for candidates to do scriptures and sutras, one lesson each, about 1000 hours each. In the fourth term, a minimum of 1600 hours is required for the text of the book.

Particularly for the Ho exam in 1405, the 5th exam was allowed to ask about math. That is the unique feature of our country’s election faculty. According to the book Kien Van sub-continent by Le Quy Don. In 1721, the court ordered that the score for each exam be fixed. A candidate must get 8 points out of 10 or more. The second term must get 7 points or more, the third and fourth term must get 5 points or more.

The general rule is that each exam must pass twice; preliminary examination and re-examination, enough signs for the first exam can be taken to take the second exam, and then the third and fourth term will also apply according to that law. Passers are classified into two categories: the main pass and the vice class. The person who passes the main table is allowed to enter the communal house exam and enjoy the right to honor and worship the ancestors.

How to organize contests and contests

Some early exams (with a small number of candidates) were held at Quoc Tu Giam school. And later on, like poetry, each exam is a school. The school is made of bamboo with thatched roofs, surrounded by bamboo fences. The school has 3 areas: the inner area is for the judges to live in, the outer area is the residence of the superintendent and the area for the candidates to live in.

Outside is a 4-sided enclosed fence. To ensure the safety of the competition, the court also sent soldiers on horseback to guard. When the competition is conducted, there are supervisors and officials called officials.

The history books of our country do not find many records of the three dynasties of the Ly, Tran and Ho dynasties. But from the Le dynasty onward, the titles of officials of the examination departments were fully recorded in the stele Doctor Van Mieu, which we can still read today, including: Chief examiner, deputy examiner, one tribute examiner, and six examiners. Quan (co-examination), two chief vice-chairmen, and two chief judges.

The competition rules do not directly mark the candidates’ work, but the examiner stays in the room to make a clear copy, and then gives the copy for grading. Before submitting the paper for grading, two supervisors, one to read and the other to check, for any errors. Such a job to stay in the room is called countervailing. Quan ton the post for internal dotted first, periphery dot later.

In addition to the preliminary examination, the internal officials also have the task of monitoring and detecting any illegality in the exam hall. The superintendent is responsible for maintaining security throughout the examination hall,

Officials in the family exam, the most profound impression for. Scholars are still emperors and throughout the history of our country’s examinations, especially from the Le dynasty onwards, the kings are still the ones who ask the final exam for the Confucians to step up to the eunuch and the ladder of fame. . On the day of the exam, the ceremony must set up the throne (the king’s seat is in the middle of the Can Chanh palace).

After the opening ceremony, martial arts officials stood ready on the steps of the palace, guarding, flags, and splendidly decorated. The first verse of the drum appeared to signal the officials, martial artists to fix their hats and approach the door of the palace to stand in adoration. In the third drum act, the king’s palanquin sits in the middle of the hall. Quan Tu Ban (organization) led the mandarins to the left, the martial officials to the right, the candidates behind the mandarin line, when the king came out, he had to bow 5 times.

Each candidate is called to the front of the seat to receive pen and paper and the exam room. The king reviews each candidate’s book. On the day of the announcement of the results, the new faculty members were welcome to attend the court ceremony at Thai Hoa Palace, the civil and martial arts officials were divided and dressed neatly in front of the king at the palace.

The new faculty members were instructed to kneel on the left side of the steps to receive the hats and robes given by the king. The mandarin announced the name-calling ceremony and posted the plaque at the Phu Van floor for 3 days. The king treated the new faculty to the banquet hall at the ceremony hall.

The set of ceremonies gave each new faculty a head brooch, allowed them to visit the royal garden, and allowed them to ride horses to visit the city’s streets. This ritual was sometimes only for the three queens and honorees to pay homage to the ancestors. The court ordered the people of the localities where the people had won the Doctorate to receive the royal family and the general people had to work in the communal houses for living.

So the noun he means for doctors also comes from that. The court also erected a stele inscribed with a book in honor of the Doctor and set an eternal example. 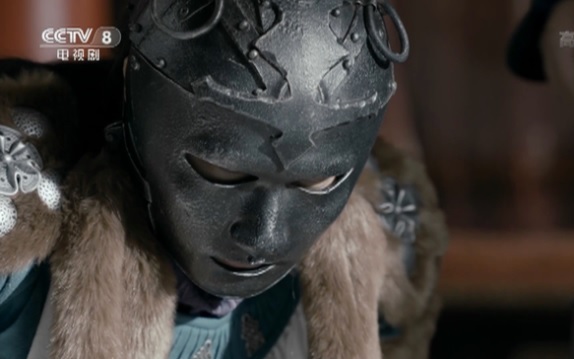 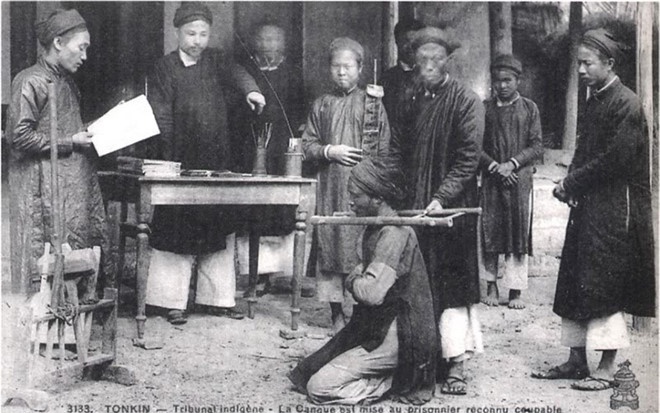 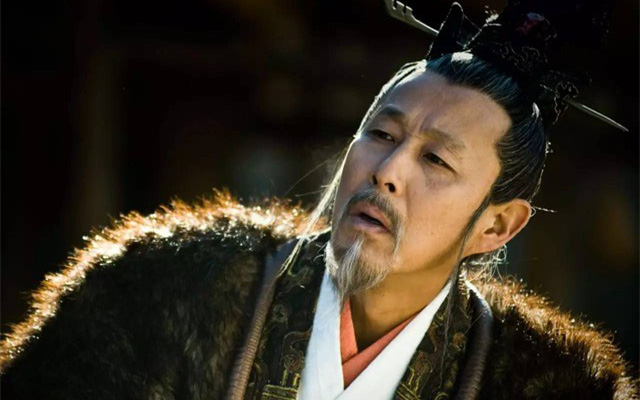 Luu Bang – Starting a business is just a small character, in the end there is the whole world 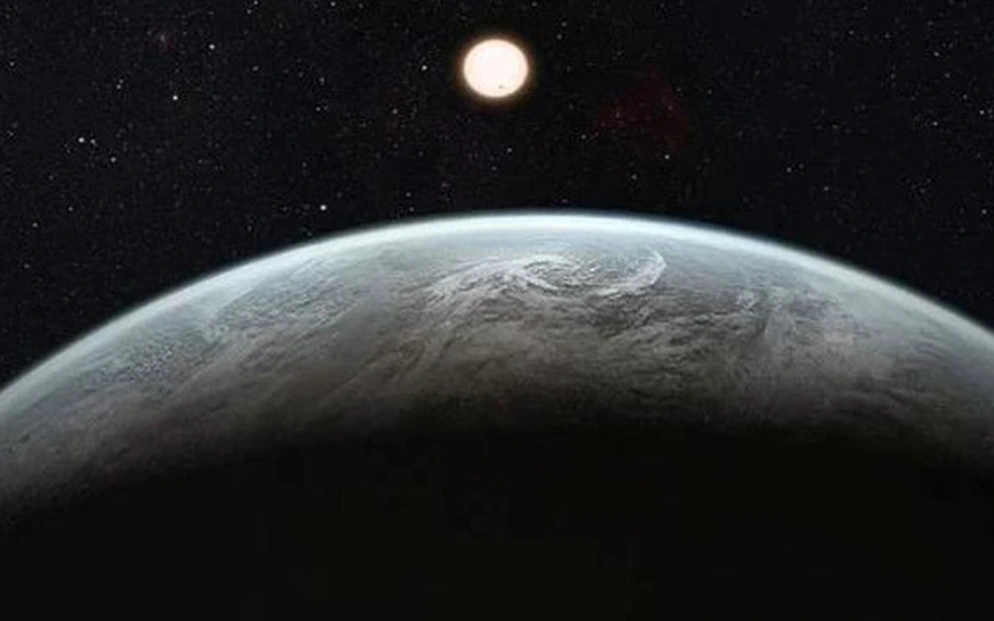 Portrait of “a-Cen Earth” livable, only 4.37 light-years away