The BMW i7 xDrive60 is the first member to be announced in the all-electric 7-Series lineup and it can be said that the design and technology that this sedan possesses is completely worthy to compete with Mercedes-Benz EQS – a luxury car. electricity is expected to be sold genuine in Vietnam in the near future. 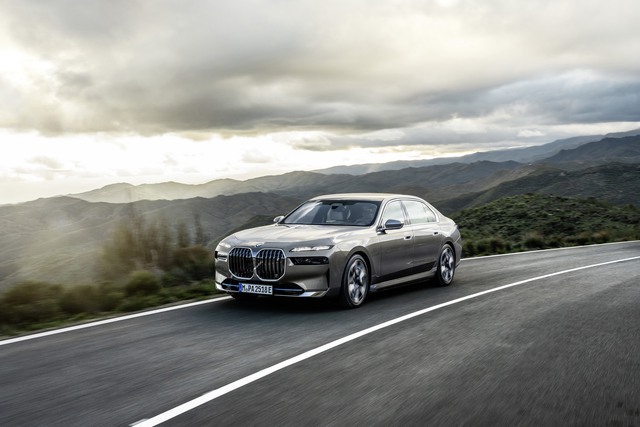 Unlike Mercedes-Benz, which separates the EQ lineup from the engine version, BMW combines the new 7-Series and the all-electric i7 lineup into a unified whole with similar design, body structure, size ratio and cabin. bronze, the biggest difference only comes from the area below the bonnet. 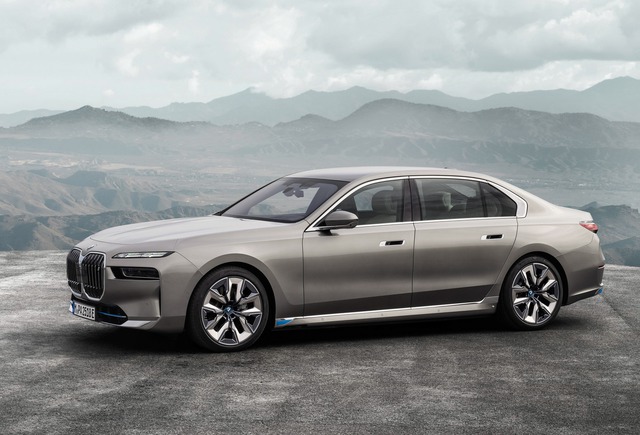 By default, the BMW i7 xDrive60 is equipped with two electric motors with a capacity of 255 horsepower at the front, 308 at the rear and 536 in total, and the maximum torque of the whole system is 744 Nm. Meanwhile, rival Mercedes EQS launched before has lower power (516 hp) but significantly higher torque (854 Nm). 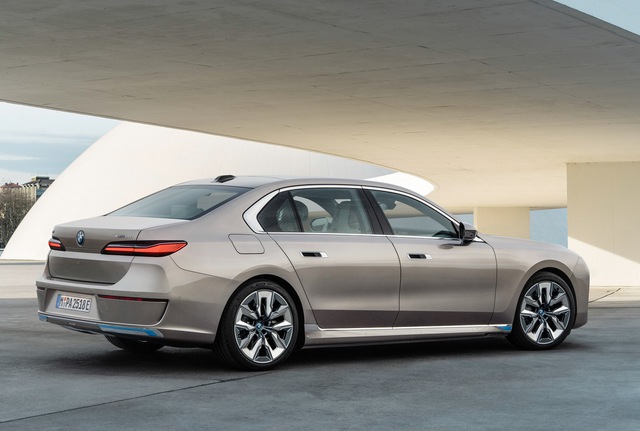 According to the Bavarian brand, the BMW i7 xDrive60 electric battery is completely free of rare metals and the entire powertrain has been optimally soundproofed without causing noise to the cabin. BMW’s all-electric sedan is confirmed to accelerate from 0 to 100 km / h in just 4.5 seconds (half a second faster than the 3.0L I-6 petrol version but less than the V8).

The 101.7 kWh electric battery on the BMW i7 xDrive60 allows the car to operate more than 480 km per charge, temporarily behind both the EQS 580 (550 km) and Tesla Model S Plaid (557 km). Fast charging technology allows the car to go an additional 130 km after just 10 minutes of charging – a rate significantly slower than the Porsche Taycan because it only uses a maximum power of 195 kW compared to the rival’s 350 kW. 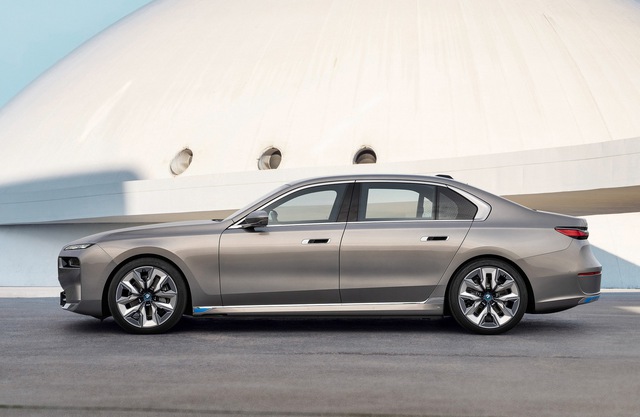 However, the BMW i7 xDrive60 has a number of unique technologies that no other competitor has, such as regenerative braking technology integrated into the smart map and camera system that reads signs and downhill sensors, thereby allowing the vehicle to activate this equipment more effectively.

In addition, the experience gained from the pre-launched i4 and iX allows the company to lower the battery temperature when charging, thereby extending the life of this device as well as reducing the required charging time. 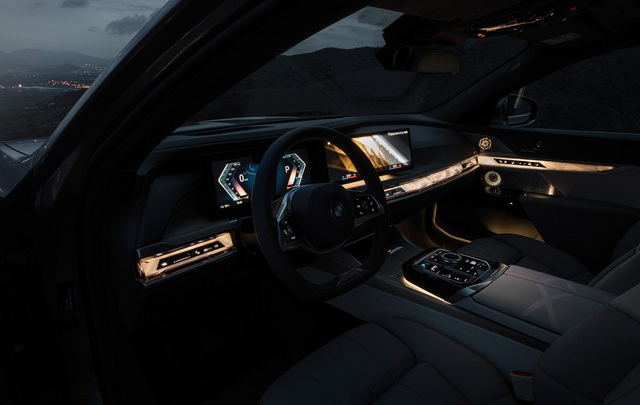 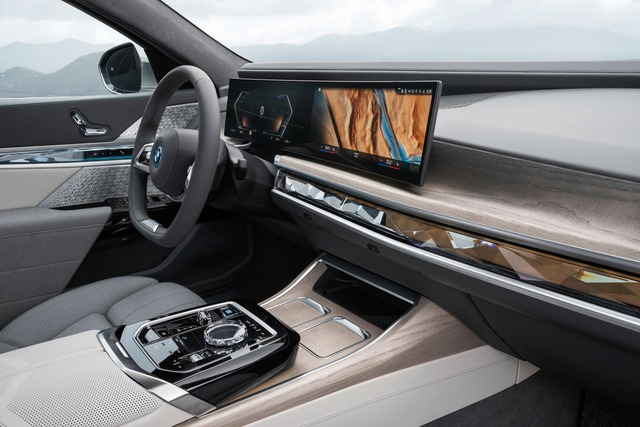 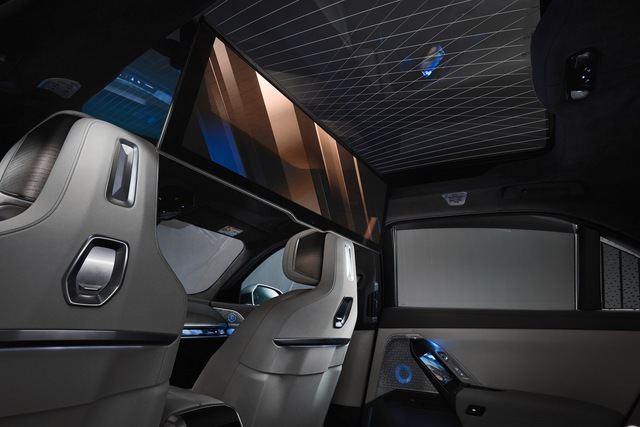 … but the rear-seat entertainment system must be said to be superior thanks to the giant ceiling mounted Theater Screen. 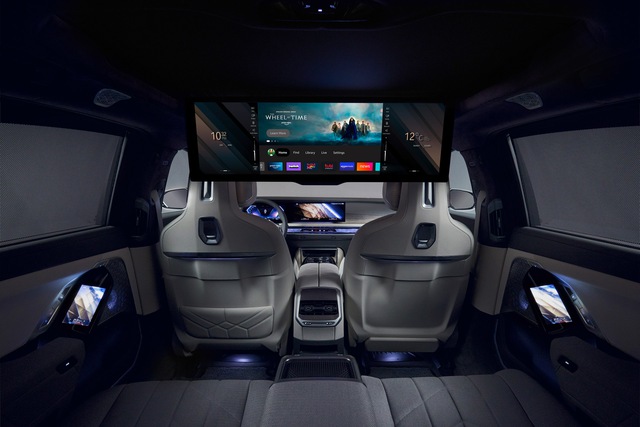 The BMW i7 xDrive60 can be ordered from today in select regions like Europe with prices starting at $119,300 – making it the most expensive version of the new 7-Series lineup. 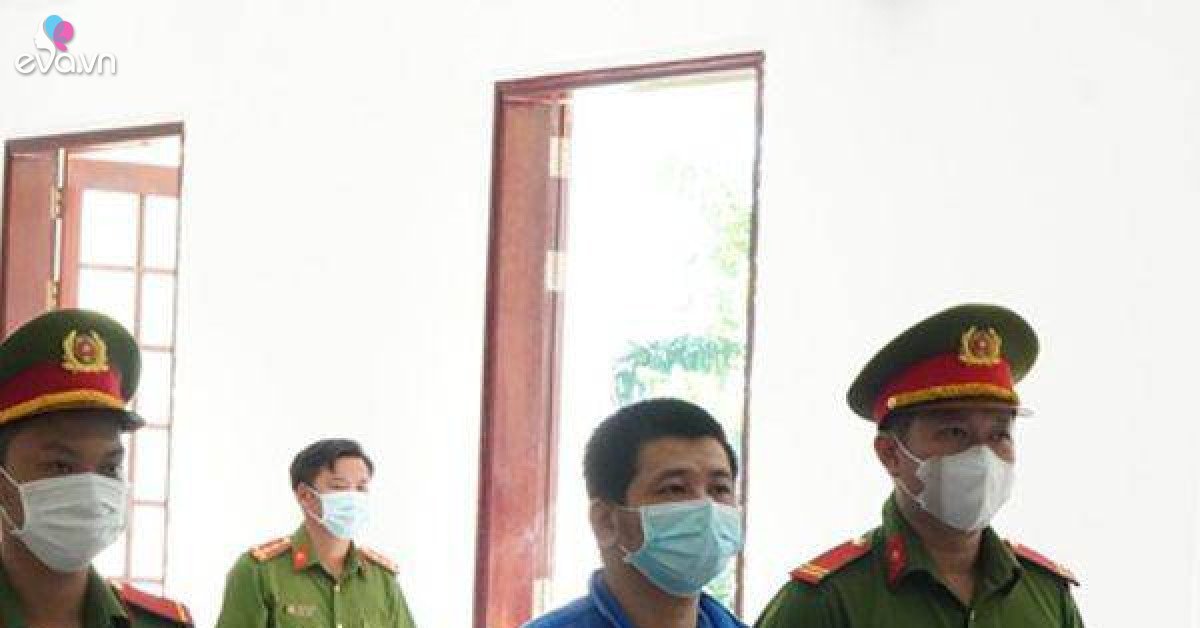 Stepping on his wife’s stepchild to death, the lover paid a heavy price 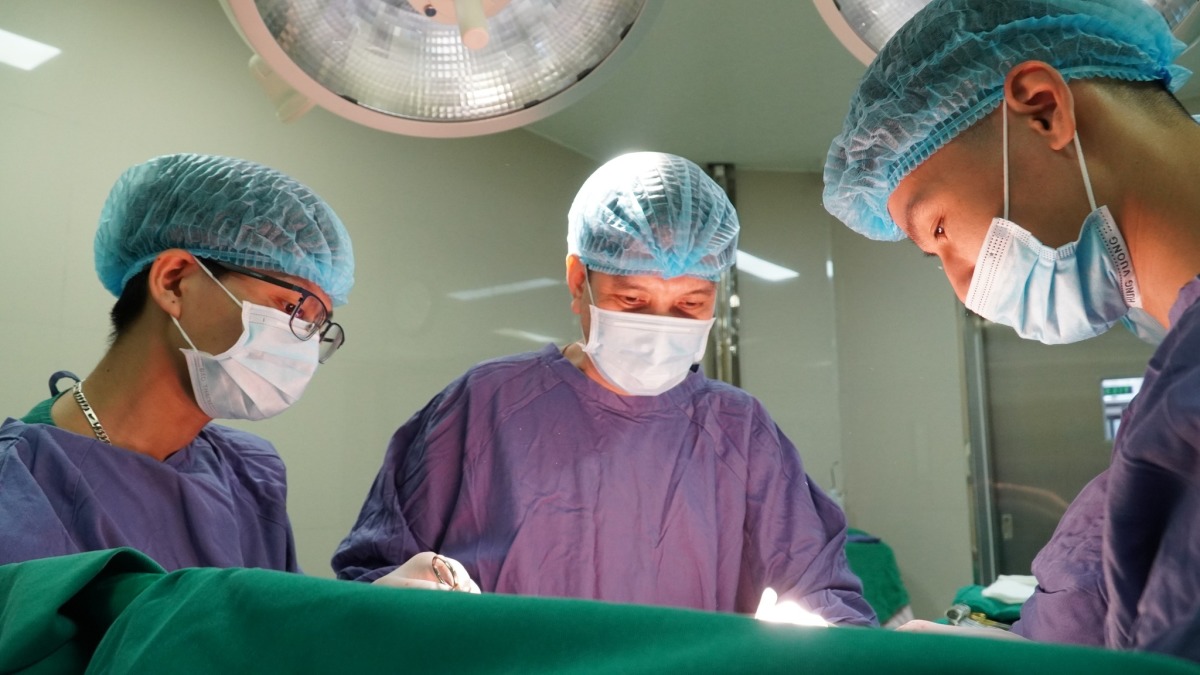 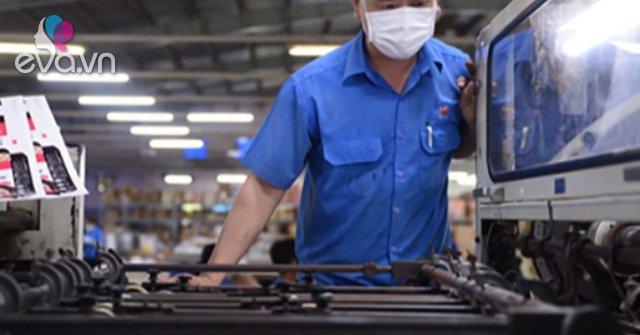