Peace negotiations since Russia launched military campaign in Ukraine at the end of February until now has not been successful.

However, Ukrainian President Volodymyr Zelensky insisted that he had never received this document from Russia. “I have not heard anything about this. I haven’t seen anything definite yet. I believe they have not transferred anything to us yet,” the Ukrainian president said.

When the Russian army attacked the southeastern port city of Mariupol, President Volodymyr Zelensky warned his forces did not have enough heavy weapons to respond. The Ukrainian leader said that there are two ways to end the situation in the besieged city: Heavy weapons and diplomacy. “So far Russia has not agreed to this,” he said.

Negotiator Mykhailo Podolyak wrote on Twitter that Ukraine is ready to hold a “special round of negotiations” with Russia in the city of Mariupol without any conditions. Another key Ukrainian negotiator, David Arakhamia, and his colleague Podolyak “are ready to go to Mariupol to negotiate with the Russian side on the evacuation of our garrison and civilians.” There has been no immediate response from Russia to this proposal.

Meanwhile, Russian Foreign Minister Sergei Lavrov told his Turkish counterpart Mevlut Cavusoglu in a phone call on April 20 that the outcome of the negotiations with Ukraine completely depends on Kiev’s readiness to take into account the requirements of Ukraine. demand from Moscow.

During an unannounced visit to Kiev on April 20, European Council President Charles Michel assured the Ukrainian leader that the EU would do everything possible to help Ukraine “win this war”. Speaking after a visit to war-torn areas near Kiev, Charles Michel said the EU stood with Ukraine after providing 1.5 billion euros to Kiev since the outbreak of hostilities. He also said that the EU will increase sanctions against Russia because it thinks the current level is “not enough”.

Meanwhile, on the same day, the Director of the International Monetary Fund (IMF) Kristalina Georgieva said that Ukraine needs to support $ 5 billion a month for the next three months to fill the financial gap caused by the war and the impact of the war. with the country’s economy. According to her, the IMF will discuss the financial need with the partner governments of Ukraine and immediate assistance will need to be in the form of grants. Last week, Mr. Sergii Marchenko, Ukraine’s Finance Minister, called for financial assistance of tens of billions of dollars to cover the country’s fiscal deficit. The minister reported that public spending exceeded income by $2.7 billion in March and Ukraine expects the gap to reach $5-7 billion a month in April and May. In the economic outlook The International Monetary Fund (IMF) reported this week that Ukraine’s gross domestic product will fall by 35% this year due to the hostilities.

War on the 57th: Russia claims control of Mariupol, the West helps Ukraine 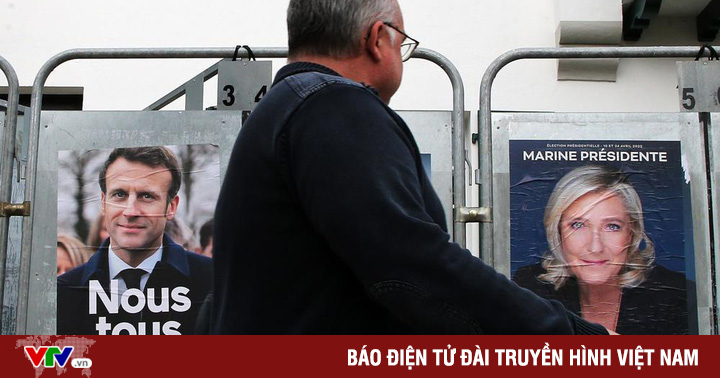 How does the war affect the economies of Ukraine and Russia?

Putin: Russia will use weapons no other country has to defend itself