Traveling is an opportunity for people to improve their knowledge and broaden their horizons. During the trip, visitors can see and experience new things with their own eyes. Today, themed hotels are the biggest feature and also the preferred choice of many people when traveling.

Besides luxury hotels, a number of other places have distinct features that attract the attention of visitors.

Located on the edge of Bolivia’s famous salt flats, the Palacio de Sal (Spanish for “Salt Palace”) was the world’s first luxury salt hotel. This is also rated as the best place to stay when visiting the world’s largest salt flat, the magical Salar de Uyuni.

In this field, the thick layer of salt extends to the horizon. Therefore, it is also known as the mirror of heaven. The desolateness and beauty of Salar de Uyuni can create an incredible experience for those who set foot in it. 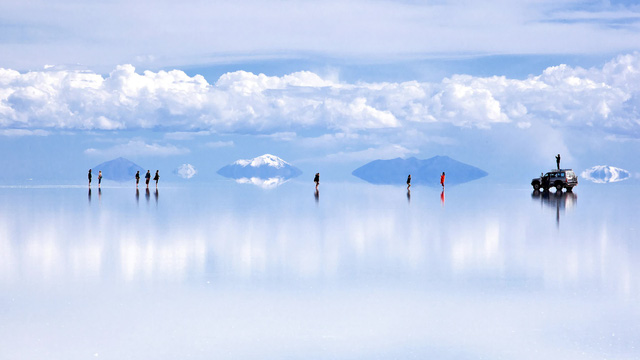 The Salar de Uyuni fields have long attracted tourists who travel long distances to visit and need a place to rest before heading back to the city. To build such a getaway required building materials, which were scarce in the area.

Therefore, the Palacio de Sal hotel takes advantage of the “specialty” of Bolivia as the main building material. This resort is considered the largest salt hotel on Earth.

Nearly everything in the 4,500-square-foot hotel is made of salt, including the building (floors, walls, ceilings) and furniture (beds, tables, chairs and sculptures), National Geographic says. know. The 30-room palace used more than one million 35-centimeter salt bricks for its construction. Entire sections must be replaced every year as they are washed away during the rainy season. 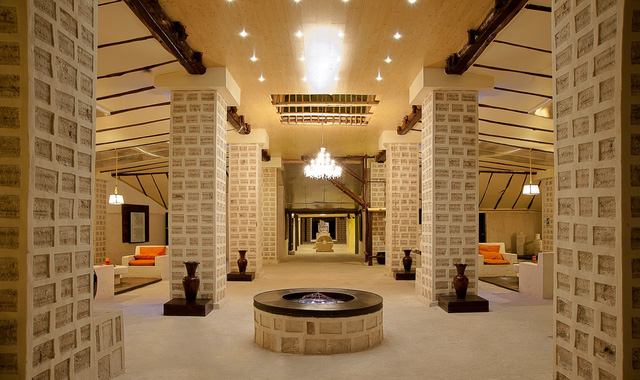 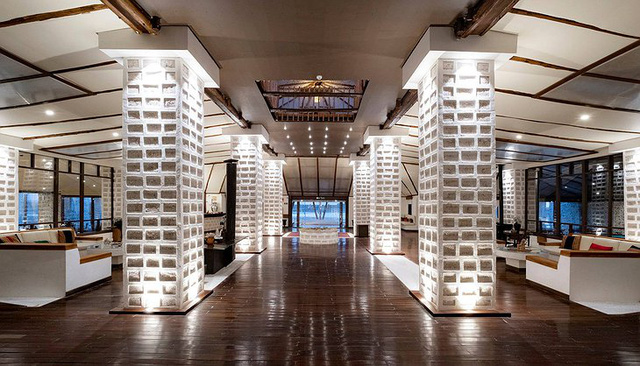 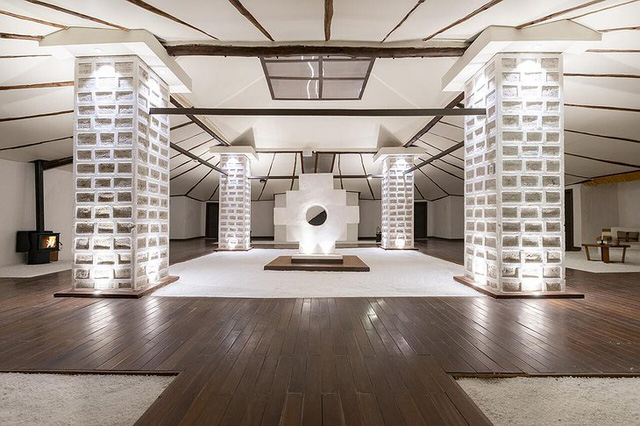 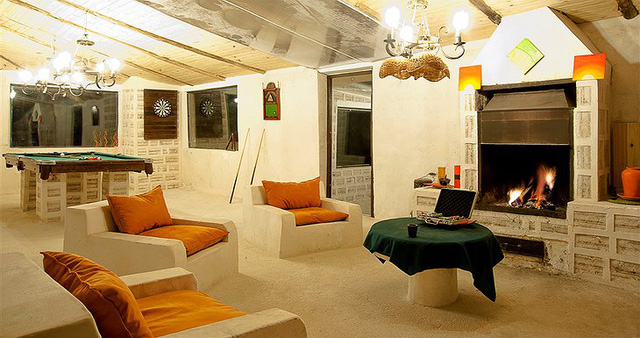 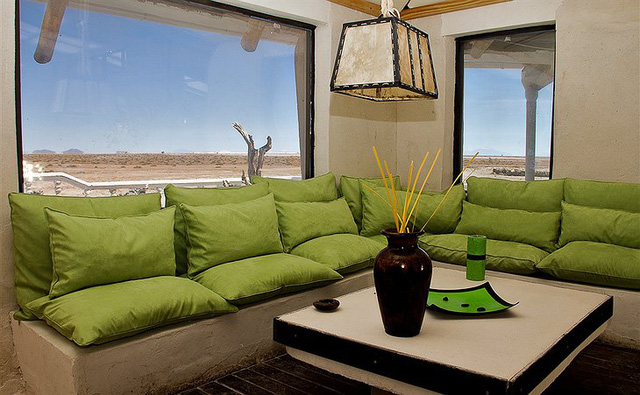 Those who just want to relax can head to the spa room, which features a sauna and steam room, a saltwater swimming pool and whirlpool tubs. In addition, the hotel also has a 9-hole golf course for guests to practice. However, the hard salt surface will take some time for players to get used to.

Many visitors are not surprised by the magnificence of the hotel. Therefore, many people use their tongue to lick the salt bricks to check whether the salt is real or not. However, after licking the salt bricks, their hardness will gradually decrease and eventually flatten.

The hotel has set a particularly important rule for visitors stopping at the Palacio de Sal not to lick the walls. This rule was enforced to avoid deterioration of the structure over time. 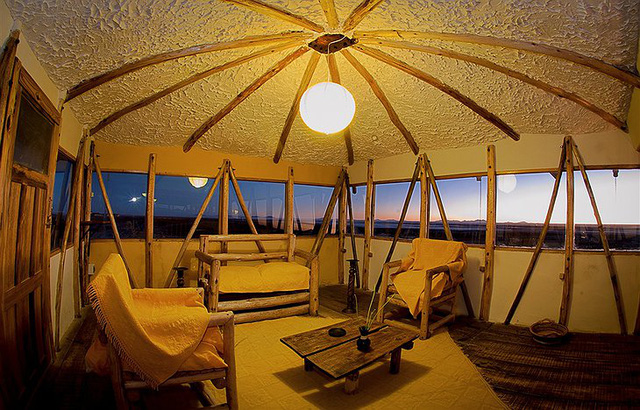 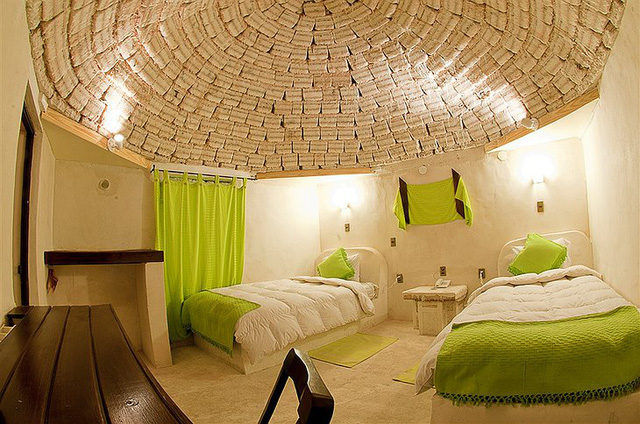 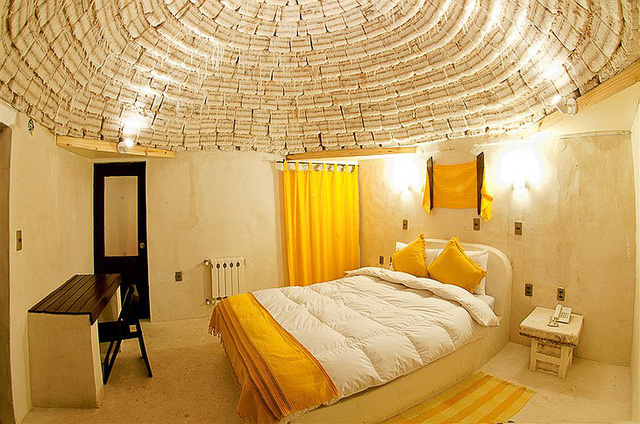 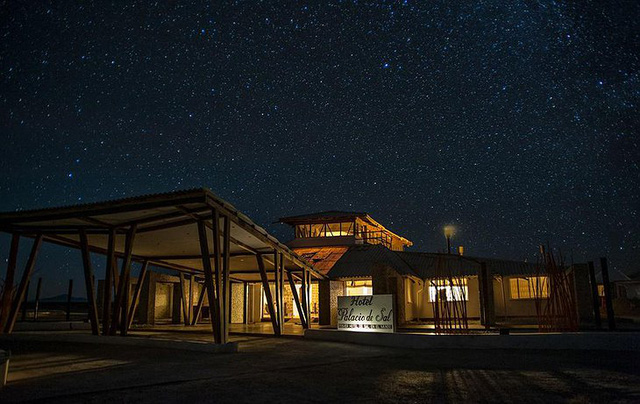 In addition to the uniqueness, the attraction of the hotel is the large space, clear view and starry sky at night.

The salt hotel was first built in the 1990s and quickly became a popular tourist destination. It has 12 double rooms, shared bathrooms and no showers.

However, the hotel moved out of the center in 2004 due to environmental concerns. According to Culture Trip, all hotels located deep in the salt flats have been forced to close to protect the environment as waste management has proven too challenging.

Around 2007, a new hotel was built called Palacio de Sal, located on the edge of salt fields and 25 km from Uyuni town center.

Other salt hotels have sprung up over the years in an attempt to make money. But they failed to emulate the same grandeur.

According to National Geographic, Culture Trip

Husband strangles wife to death over a plate of breakfast food 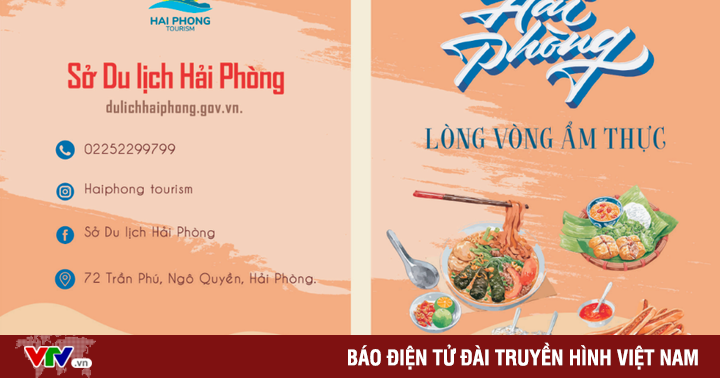 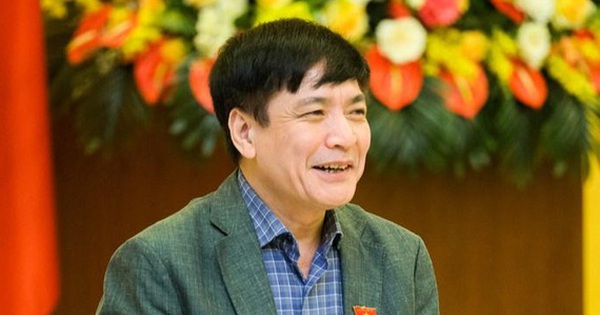 Not ‘evenly’ when establishing Inspector General, Departments under the Ministry 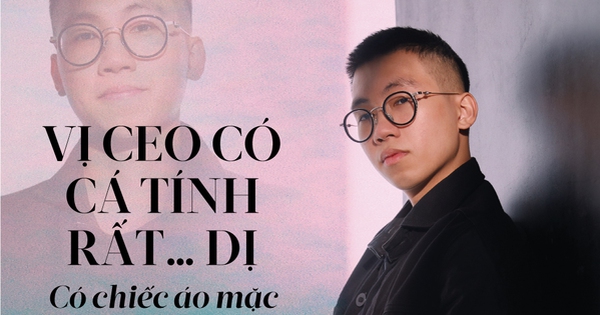 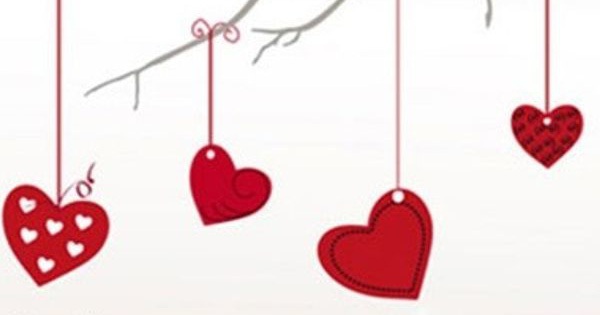