Japanese man Akihiko Kondo got married to a ‘virtual person’ 4 years ago and is currently facing a huge barrier because he cannot communicate with his wife. ‘She’s not real but my feelings are completely real,’ Akihiko Kondo said.

4 years ago, a Japanese man married a virtual character, thanks to computer technology he can still chat with his 3D model wife.

However, recently, the company providing chat connection service said that the couple no longer talked to each other. Even so, the man still insists he still loves his wife, his feelings are real.

It is the story of Akihiko Kondo, 38, who dates and marries Hatsune Miku, a virtual character with turquoise hair. He held his own unofficial wedding in 2018. Kondo spent 17,300 USD for the wedding, but no one in his family attended. But about 39 people attended, including his online friends and strangers.

He has been married for 4 years now, but his relationship has hit a big roadblock. He can no longer talk to Miku due to a technological obstacle.

Kondo admits his relationship is not normal, he knows Miku is not a real person but that does not discourage him.

Dating Miku in 2008, by 2017, his relationship took a spectacular step forward thanks to technology from Gatebox software. The machine gave Kondo the opportunity to propose to Miku and talk to her.

Kondo admitted that he was attracted by the clear voice of the “virtual wife”. “I stayed in my room 24 hours a day and watched videos of Miku,” he recalls. Her lullabies help me sleep soundly.”

But now, support for the Gatebox software is dropped, which means Kondo can’t talk to his wife Miku anymore.

Kondo is forced to say goodbye to the hologram version of Miku. He still insists that doesn’t dampen his feelings. “When we’re together, she makes me smile. It’s a real feeling,” he said.

The 38-year-old man graduated from a vocational school, then worked as a clerical worker at a public elementary and junior high school. But after 4 years of working, he resigned because of a lot of pressure, causing Kondo to be tired, stressed, and had no time to rest.

He identifies himself as a member of a group of ‘fantasies’ and wants to let everyone in the world know that people like him exist.

Kondo once attended a symposium at Kyoto University where he shared about his life with the fictional character.

Although the hologram version of his wife MiKu no longer exists, Kondo still hopes he and his wife will soon reunite in another form in the future. At that time, he remained faithful to his wife until the end of his life.

The moment when the old elephant was moved with compassion, he called someone to save the antelope that fell into the water 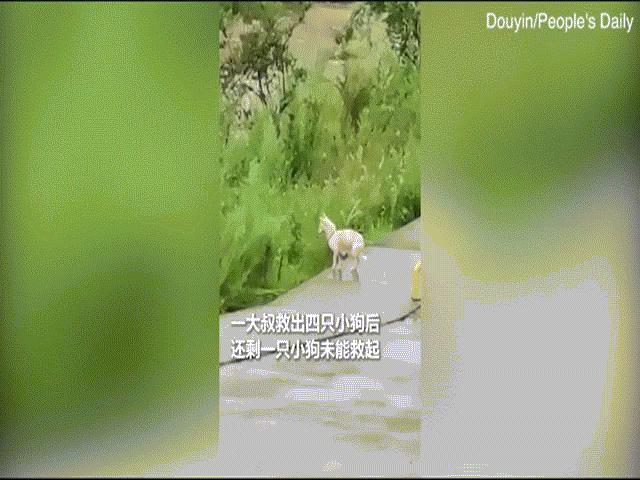 The mother dog jumped into the flood water to save her baby, the crowd watched and clapped non-stop