Head coach of Yokohama F.Marinos Club Kevin Muscat said that HAGL is very dangerous because it plays better and better. Therefore, Yokohama will face many difficulties in the second leg tomorrow at 6pm at Thong Nhat Stadium.

In the first leg, Yokohama F.Marinos was lucky to beat HAGL 2-1. Say the representative from Japan is lucky because HAGL had many opportunities to level the score but did not make good use of it.

After this loss, HAGL played better and better with a confident kick that helped coach Kiatisak’s students get a draw against Sydney and Jeonbuk.

Speaking at the press conference before the second leg, coach Kevin Muscat expressed: “Competing with such a dense density, our players are tired. I think the same goes for other teams. Anyway, we will try to play well in front of HAGL and in front of the fans’ cheers.”

Recalling the first leg, Mr. Muscat said that the match had helped him gain more experience when facing a lower-rated team: “The first leg against HAGL was very difficult but with high professional quality. . It was a big game. I myself have experience after this match. HAGL is used to all conditions here, so they are playing better and better. HAGL’s kicking style also becomes dangerous, so it will cause many difficulties for us in the second leg.”

Talking about the strengths and weaknesses of HAGL, the captain of the Yokohama club F.Marinos expressed: “It is very difficult for a coach to assess the strengths and weaknesses of another team. But HAGL is a strong team. They are dangerous in transitions when there are 2-3 good players. Therefore, we have to organize the match closely, discipline, focus throughout the game. Football in AFC Champions League So we look forward to quality matches like this to see where we and Yokohama F.Marinos’ ability go.”

What move did Mr. Park use when rematching Korea U.20?

Live U23 Philippines vs Indonesia 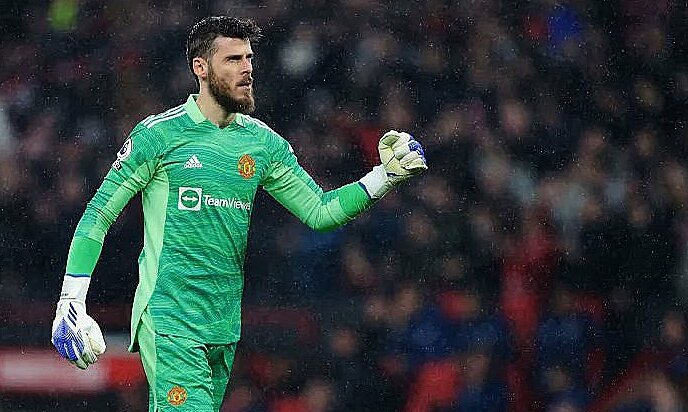 Rangnick: ‘Man Utd need a big change, except for the goalkeeper’