Through the study of traces Criminal can clarify many basic issues, such as content, nature, time, location, progress of that case, methods, tricks as well as criminal tools to help quickly find the culprit. committing crime. Also from this “dumb witness”, after only 24 hours, the police force quickly found the culprit causing the fire that killed 4 people in a family in Khoai Chau district, Hung Yen.

Authorities quickly arrived at the scene. However, the traces were all burned away. Given the complex nature of the case, the Institute of Criminal Science was also suggested to be present at the scene for an autopsy. The house on fire is a 2.5-storey tube house, the doors are metal folding doors; 1st floor for trading construction materials, sanitary ware, plastic pipes, 2nd floor has 2 bedrooms, stairs, toilet in the middle.

During the examination, it was determined that the scene was completely disturbed due to many people traveling to fight the fire and give first aid to the victims, the furniture was burned, the walls of most of the rooms, especially the 1st floor, were completely damaged. was heated, peeled, fell to the floor, black soot was sticking from the bottom up, the folding door of the house was scooped by the people and the rescue force to move to the next house. 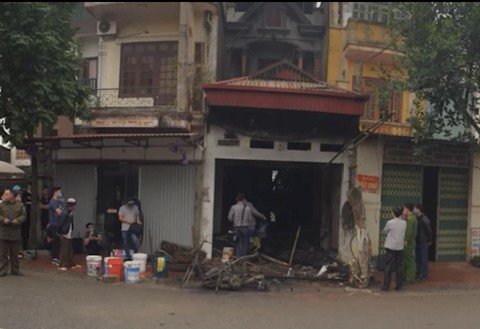 The scene of the house fire that left 4 people dead

With initial observations, it is not possible to confirm whether this is a criminal case or not. Through the examination, the KTHS force assessed that the fire was mainly in the first floor area, the upper floor was only affected, not directly burned. However, behind the house is the river, on both sides are the neighbors’ houses built high and sealed, so it is difficult to access and exit the scene from the 2nd floor. The task of the scene investigation force at this time is to assess which area the first traces of the fire originated from, because this is important information to determine whether this is simply a fire or behind. it is also a trace of a Crime.

After carefully examining the traces of fire on the iron folding door, the forensic force determined that the starting point of the fire was from outside the door. Collecting ashes and ash at the scene, the KTHS force determined that in addition to the components of the chair, plastic, and rubber, which were available in the victim’s house, it was also found to contain gasoline content. Meanwhile, the owner is a construction material dealer, there is no trace of gasoline on the first floor, so it can be confirmed that gasoline is suddenly present at the scene.

Combining traces of the origin of the fire from outside the door, along with the remnants of gasoline at the scene, it can be concluded that the fire originated from outside, not related to factors in the scene. This is a very important conclusion that turns the case from a common fire to a serious case.

The fire killed all 4 people in a family, if the cause is a serious case, the autopsy to have scientific information about the time of death before the fire or due to the fire is extremely important. important. The Institute of Science and Technology has collected forensic examination samples to get the most accurate conclusions. These procedures are carried out meticulously and carefully, microscopic samples are processed on a variety of modern machines to determine the time when breathing stops as well as the traces that exist in the victim’s airway. As a result, all four victims died in the fire. But who has the heart to kill a whole family?

Electronic data from dozens of cameras security in the area where the crime occurred and nearby areas were quickly collected. But the difficulty here is matching the timelines of the cameras into the same index to easily chain multiple clusters of images together so that the professional force can visualize the movements of the images. occurred in connection with this fire. After a thorough review, the KTHS force determined: at the time the fire broke out, the analytical cameras recorded images of 2 suspect motorcycles, each with 2 subjects sitting on, 1 vehicle. red and a bright Lead car. Upon careful screening, the professional force removed the red motorbike because it was determined not to be related to the case.

However, the data on the bright Lead car must also be sent to the Institute of KTHS for examination to accurately evaluate the information. Through the inspection, it was discovered that 2 suspected subjects brought 2 cans to the victim’s house, then the fire broke out, only a few tens of seconds. It is very likely that the 2 subjects traveling in the bright Lead car are involved in the case.

At this time, the police also received information that 2 subjects had sent a bright Lead car at the police headquarters of Van Giang district after the fire started a few minutes later. The special thing is that this car belongs to Ms. Dao Thi C.’s brother, Mr. M’s wife. The diagonal camera of Mr. M.’s house also recorded the image of a bright Lead car passing about 20m past the victim’s house, then stopped, 2 for The statue got out of the car carrying 2 white plastic cans and went back to the victim’s door, then a few seconds later, a halo of light flared up. The remaining cameras also helped the police to track the movements of two subjects on the bright Lead car: stopping to buy masks, buying gas cans. Most likely, the two subjects on the Lead car were the perpetrators of this terrible fire. 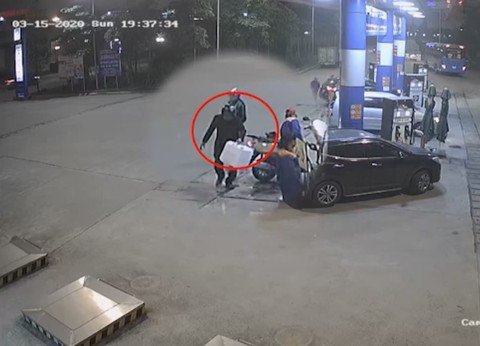 When focusing on verifying Mr. M’s family relationships, along with the meticulous, scientific and accurate analysis of the system of 3 types of traces, combined with important professional measures, the object of the case gradually revealed. Only 24 hours after the fire broke out, the police identified Dao Danh Viet (SN 1961, in Khoai Chau, Hung Yen) and Lo Van Ha (SN 1990, in Thuan Chau, Son La) as the two people who burned the fire. The house fire killed four people. 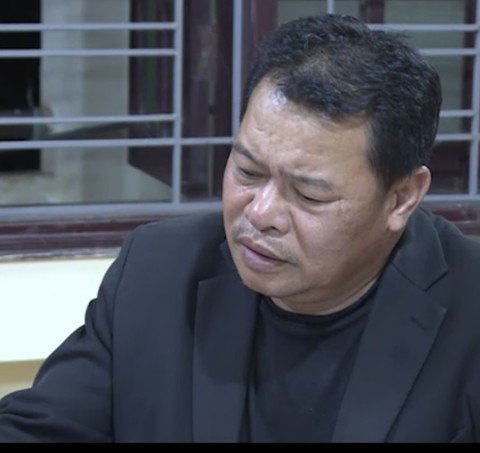 In particular, Dao Danh Viet is the brother of victim Dao Thi C. The documents at the scene have become sharp struggle documents, causing Viet to bow his head to admit his entire crime.

At the police station, Viet declared: Around October 2018, the Vietnamese couple built a house. Due to work in Hanoi, often away from home, Viet asked Mr. and Mrs. M. to hire builders, look after, manage, buy and sell and pay for the money related to the house construction to help him. During the construction process, Viet suspected that Mr. M. and his wife had cut down on their money for materials, causing the two sides to have conflicts and quarrels with each other. Viet repeatedly texted and cursed and threatened to kill his wife and sister’s family.

On the afternoon of March 15, 2020, Viet remembered the conflict with Mr. M., so he had the intention to buy gasoline to burn his sister’s house to teach them a lesson. Thinking is doing, Viet invited Lo Van Ha – an acquaintance to join. Viet bought more than 30 liters of gasoline, 2 lighters, adhesive tape, and masks. Late on the same day, Viet and Ha were present near Mr. M’s house, when the whole family was fast asleep. Viet opened the lid, poured gasoline flowing through the slot on the door and entered Mr. M.’s house, then took the “while” prepared in advance, told Ha to light a lighter. Holding the burning “otensil”, Viet threw it in front of Mr. M’s door, causing the fire to burn fiercely. Seeing that, both of them ran off to the motorbike to escape… 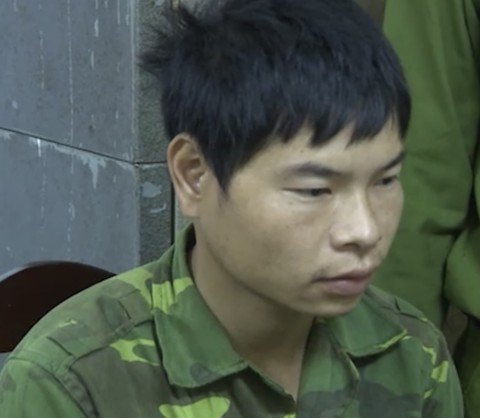 In early September 2021, with his cruel behavior, Dao Danh Viet was sentenced to death by the People’s Court of Hung Yen province, and his accomplice Lo Van Ha was also sentenced to life in prison.

Enjoy a seaside vacation at your second home 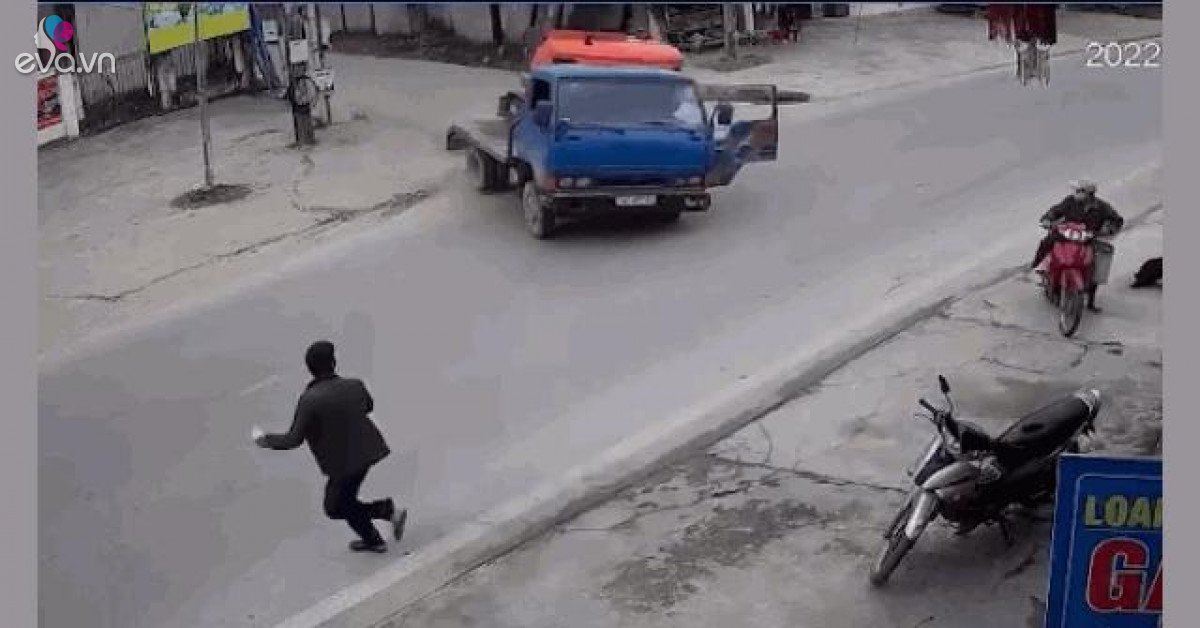 The scene of the crane falling from the truck, hitting the man

The death of the star “The leaf swept away”: Found the fisherman as a witness Decided to break the pot to rob the overseas Vietnamese guy, the reporter won the lottery and won the national husband and children of a rich family 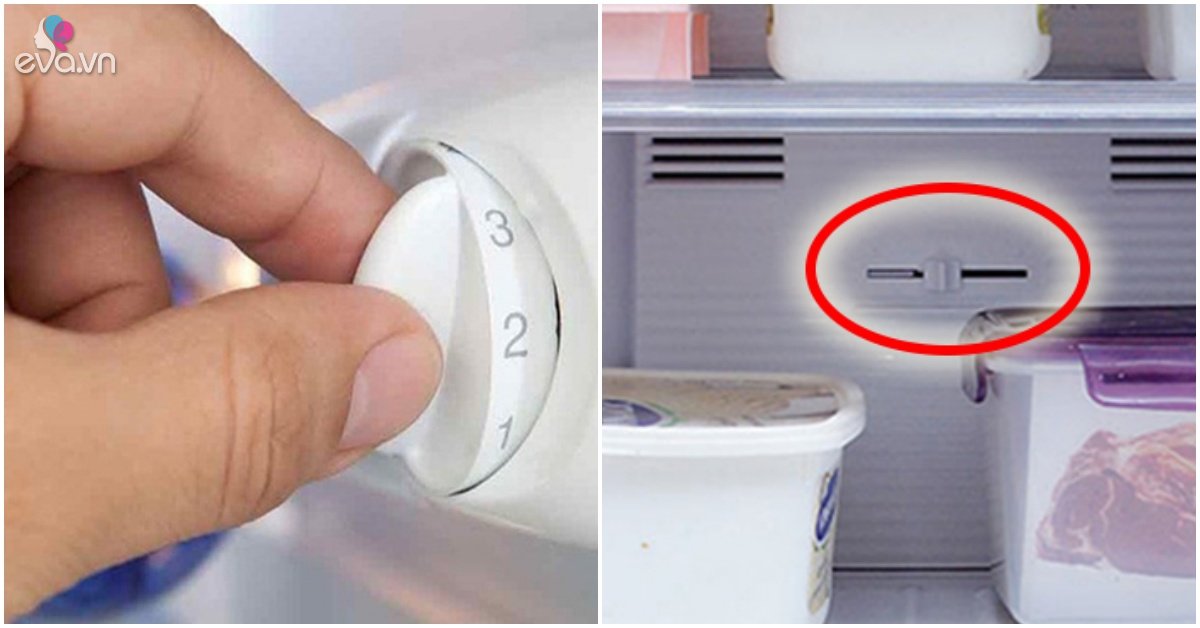 Refrigerator has 7 scales, don’t adjust it blindly, reduce your electricity bill by half