Hoan Chau Way is a classic work of the Chinese language when it was adapted from the novel of the same name by writer Quynh Dao. In 1998 the first season was broadcast, the second part was shown in 1999 and the third part came to the audience in 2003.

Copy Tan Hoan Chau Cach Cach broadcast in 2011. In which, the character Tu Vy is considered an important role, contributing to the success of the film. Lam Tam Nhu, Ma Y Loi and Hai Luc are 3 actors who played these roles. 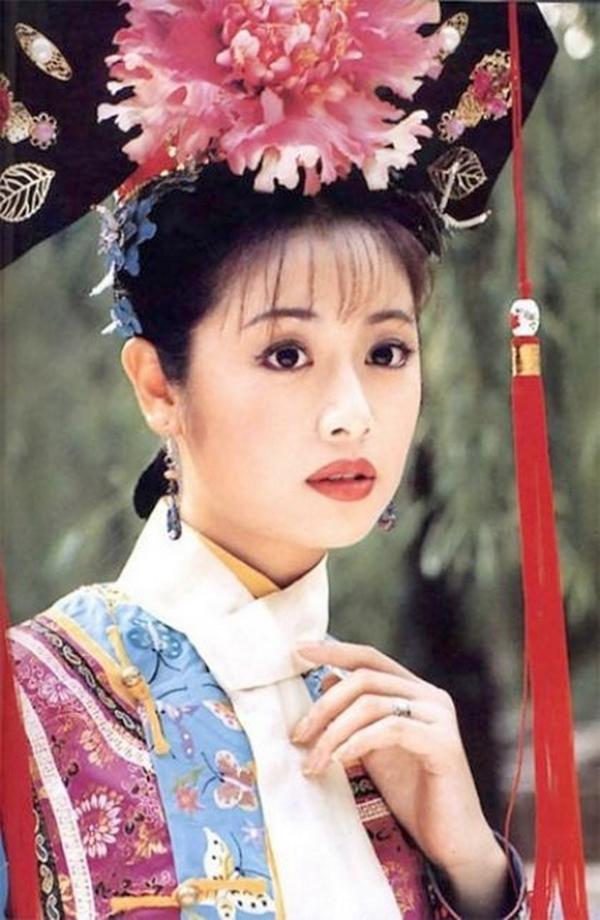 After the success of the film, she was loved by the audience for her natural, graceful acting and clear and gentle beauty. After this movie, she also participated in many other works such as: New River of Separation, Beauty Nhan Tam Ke… In addition, she also tried herself as a film producer in The Glamorous Imperial Concubine.

The actress is considered one of the most influential stars in the Taiwanese entertainment industry. Lam Tam Nhu is also the owner of a film company, specializing in the production of television series. She is also a popular advertising face for cosmetic brands, cars,… 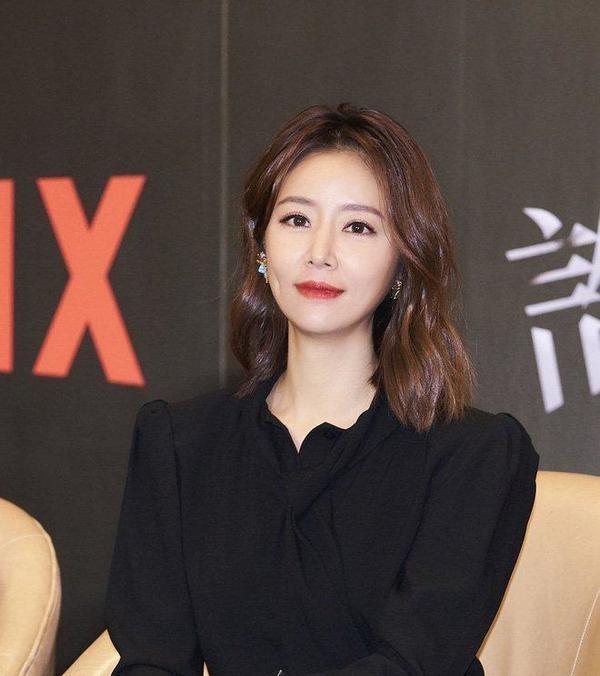 Regarding private life, Lam Tam Nhu and Lam Chi Dinh first met on the set of “Ba Vuong school” in 1994. The actor surnamed Lam was struck by lightning in love with Tam Nhu because of her gentle and radiant beauty. However, the star couple’s love story ended after a while. 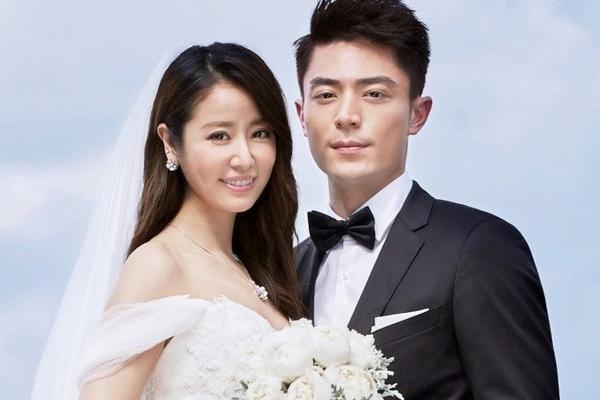 Over the past 2 years, Huo Jianhua has taken a break from work to take care of his family while his wife is busy with new projects. Lam Tam Nhu shared that she got married late but was lucky to meet the right person at the right time.

Ma Yi Loi joined the arts quite early and was fortunate to be chosen as the female lead in the film Liu Haizhu. But it wasn’t until 2003 that she joined the film project Hoan Chau Way part 3 and took on the role of Ha Tu Vy, she was really known more. However, due to the large shadow left by Lam Tam Nhu, Ma Y Loi still could not have many breakthroughs with the role of Ha Tu Vy. 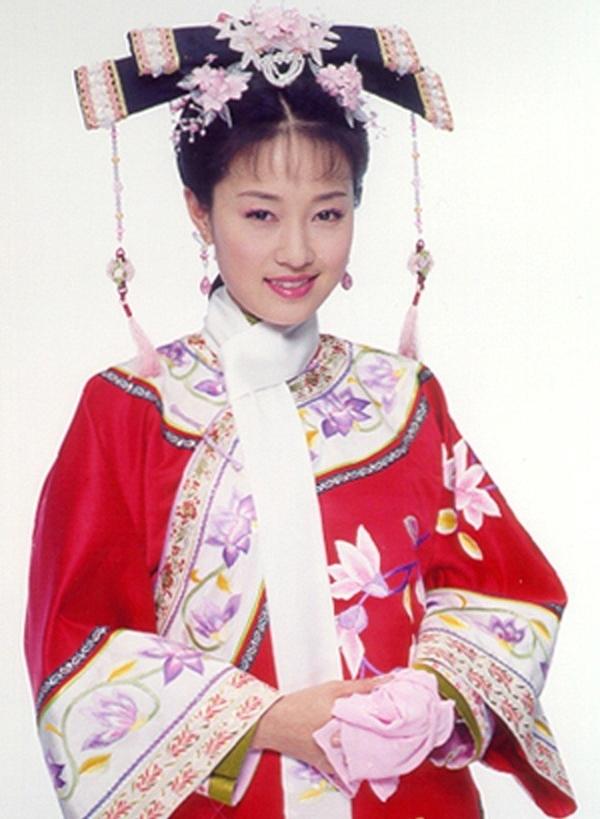 Therefore, after the film, she worked hard on the acting path and participated in roles in Cam Y Ve, Kieu Gia University… Finally, Ma Yili conquered the audience and won the Queen’s Photo Award at the 9th Changchun International Film Festival.

In 2021, according to Sina, the milk tea brand represented by Ma Y Loi was found to be part of a large-scale fraud ring, amounting to 700 million yuan (more than 2,500 billion VND). She is subject to investigation from the police.

Ma Y Loi’s side quickly made an official announcement, confirming that she and the brand started cooperation in October 2020, but stopped working. Ma Yi Loi apologized to the public and the victims as a former spokesperson for the brand. Beauty promises to be more careful. 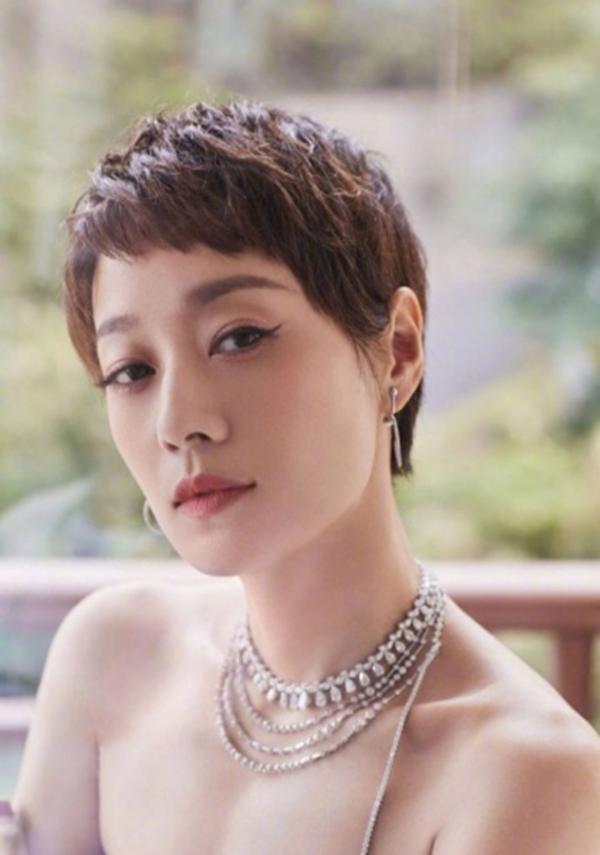 Regarding his private life, Ma Yili used to know Van Chuong when he collaborated in the movie Striving. Ignoring the scandals that Van Chuong was inferior to Ma Y Loi in both career and popularity, after 2 years of dating, they returned to the same house in 2008 and quickly welcomed their first daughter.

In 2019, Ma Y Loi suddenly announced a divorce. After the marriage event, the actress regained her spirit to return to work and enjoy a happy life.

Hai Luc is the beauty who plays Ha Tu Vy in Tan Hoan Chau Way. However, this role made her receive disparaging comments, saying that the actress was not beautiful enough. She was even judged as the worst Tu Vy in the versions. 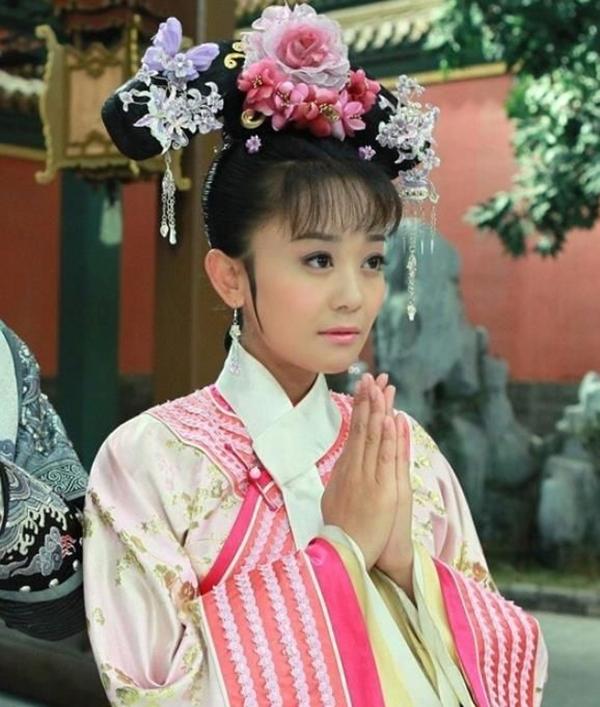 Also thanks to the role of Ha Tu Vy, she was invited to participate in a number of other films such as: Palace Toa Chau Liem, Tan Tieu Ngao Giang Ho... However, her career has not had many breakthroughs.

In 2015, Hai Luc suddenly attracted attention on social networks because of his degraded beauty, suspected of touching cutlery. In the past few years, Hai Luc has appeared many times with a disappointing appearance. The actress is no longer as good-looking as she used to be Hoan Chau Way 2011 but instead has a pointed chin, an unusual mouth and an overall stiff, deviant face. 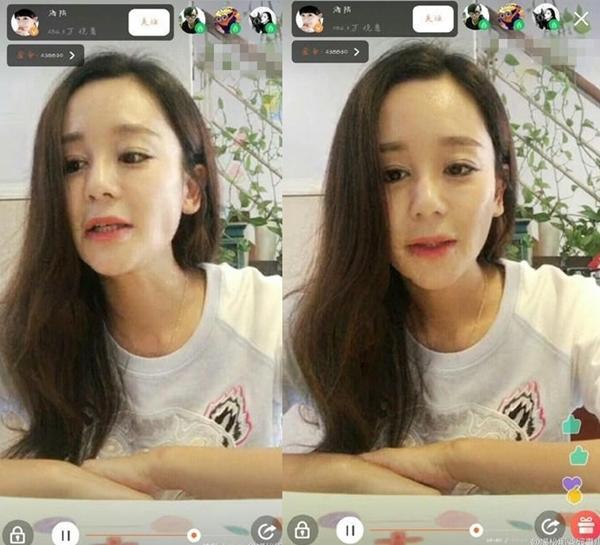 Regarding his private life, Hai Luc is quite secretive in love affairs. Hai Luc once dated Vu Tieu Dong – 7 years younger junior, but then the couple went their separate ways. No longer appearing much on the screen, Hai Luc has to perform at fairs in remote areas to earn a living.

According to Dan Viet 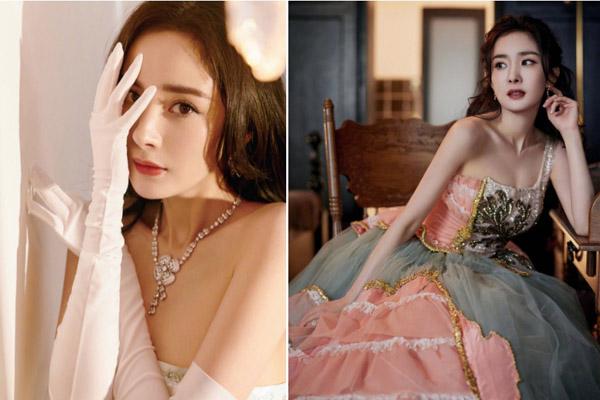 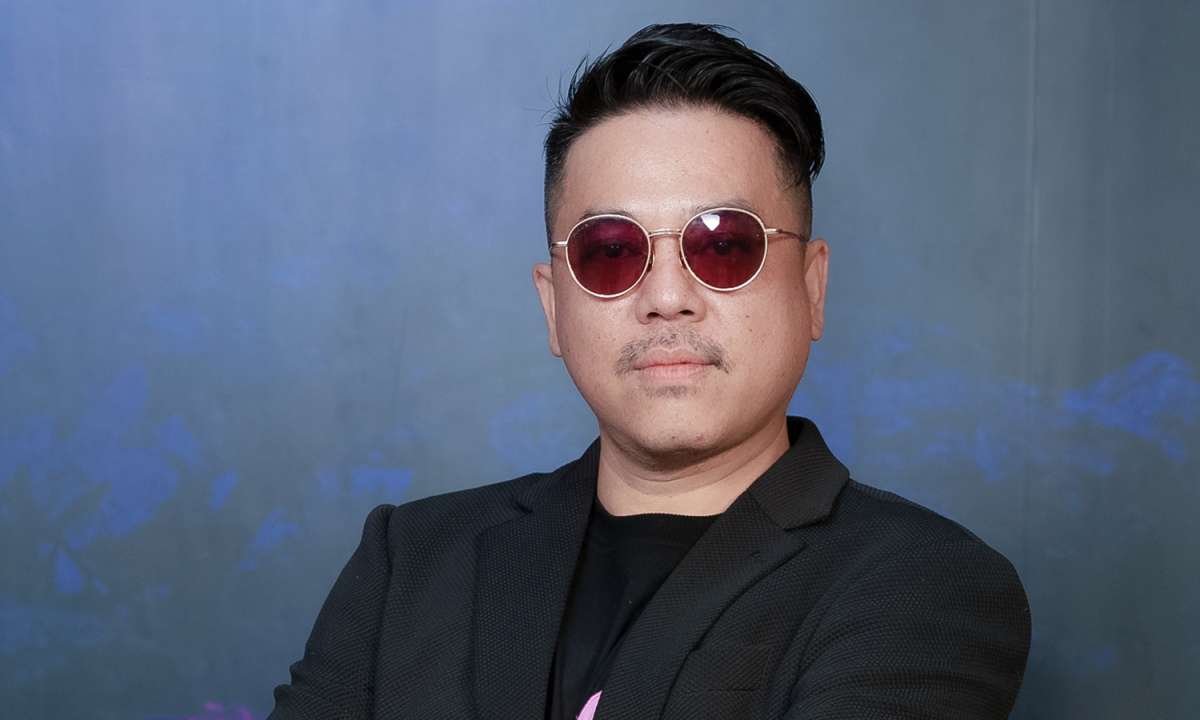 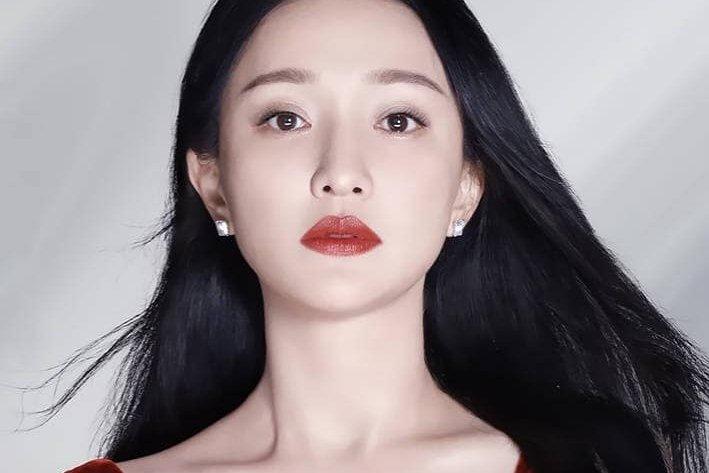 Chau Tan, Hoang Canh Du play the role of the God of the Condor Dai Hiep? 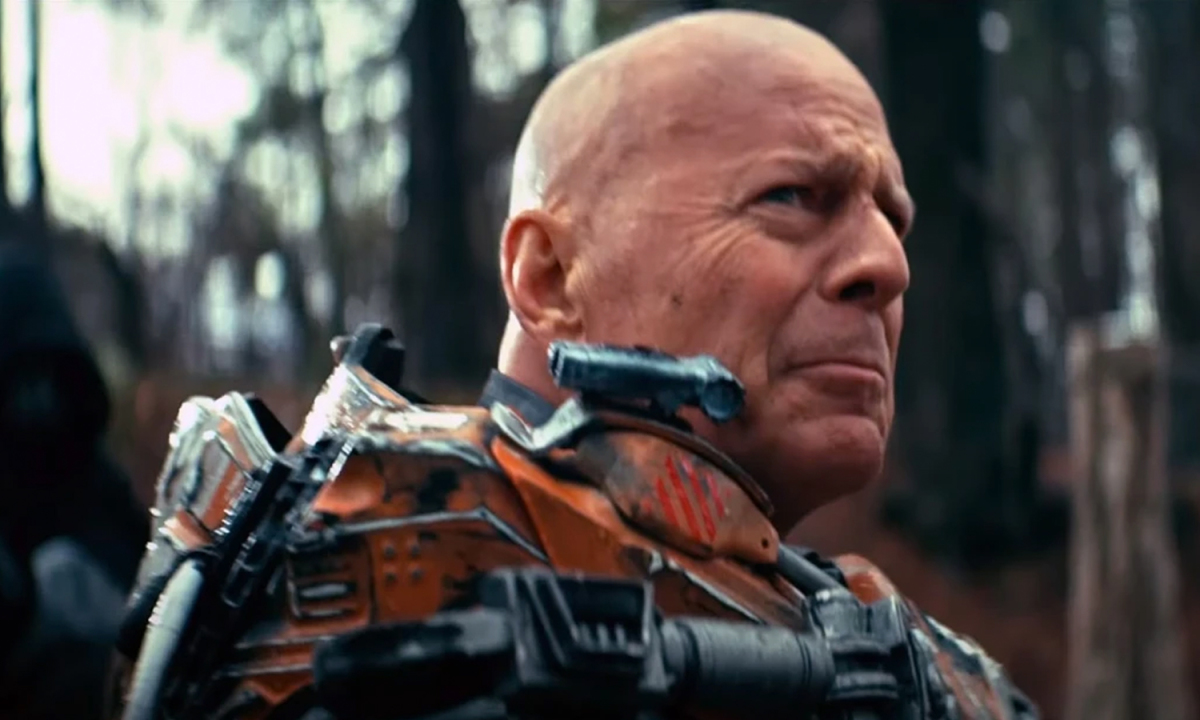