The slums (or slum or slumdog) in Mumbai (India) are not precisely dated. It’s only really known to the world thanks to the hit movie Slumdog Millionaire (Slumdog Millionaire), released more than 10 years ago. The film awakens the whole world to another world that exists. The plot is about a young man living in a slum in the city of Mumbai. I won the TV game Who is a millionaire? Indian version easily. The film has many images about life at the slum that most viewers will experience a prickly feeling if they put themselves in that scene. That feeling is both curious and attractive but also afraid.

During my last vacation, I decided to return to India, remove my fear of slum and experience life in this place. The male character of Slumdog Millionaire I live in slum Juhu, and I chose to go to Dharavi, central Mumbai, easily accessible by bus and urban train. 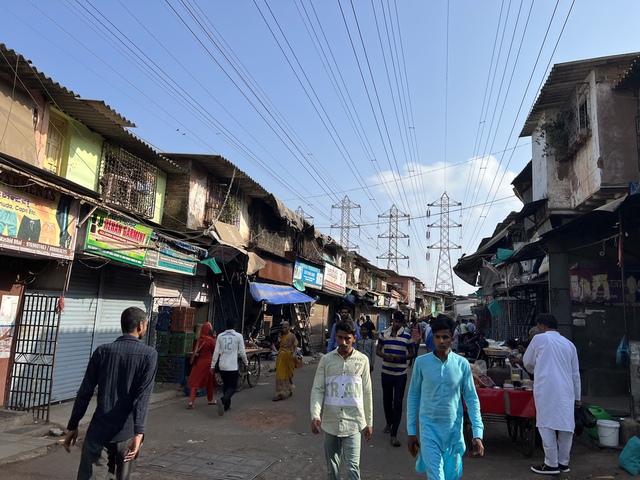 I went to Dharavi by bus (cost only 15 rupees, about 5,000 VND, for the journey through more than 20 stops) on a sunny day in Mumbai, the UV index kept falling into the skin protection warning level. But no matter how hot the sun is, it will disappear when in front of my eyes is the flesh and blood life of the people living in the slum that I have only known through movies.

Slum Dharavi has an area of ​​​​about 2 km2, less than 1 million people live together, is considered one of the largest slums in the world. All these figures make Dharavi a very densely populated area of ​​the globe, where neighbors can come face-to-face with just a step out of the house.

The scene of the slum is not much different from the movie of 10 years ago and my imagination about it. Small, tight, smelly and lots of rats. These are descriptions of first impressions that are not misleading in the slightest. 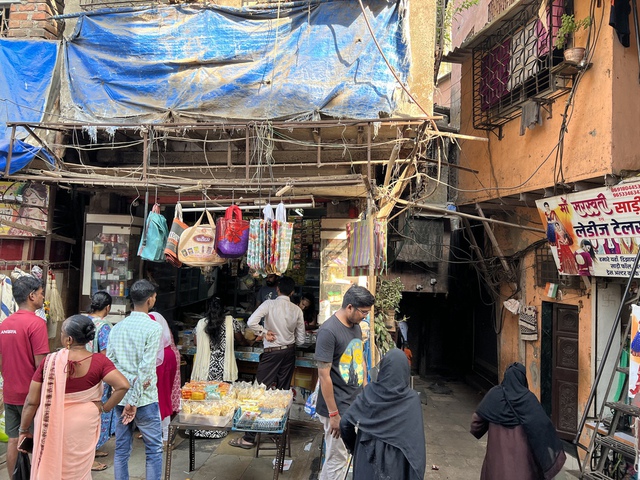 Life inside the slum goes on as normal as outside the slum. They still have groceries that serve basic needs at pretty cheap prices. 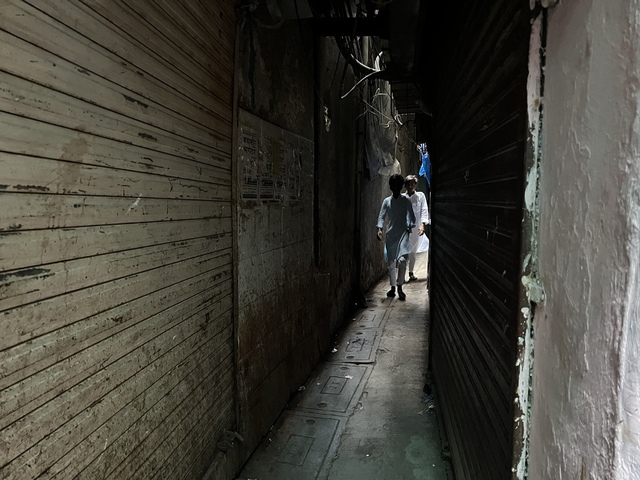 The path inside the slums, connecting the houses, is often narrow and lacks light. This photo has been lightened by the author to see the details. 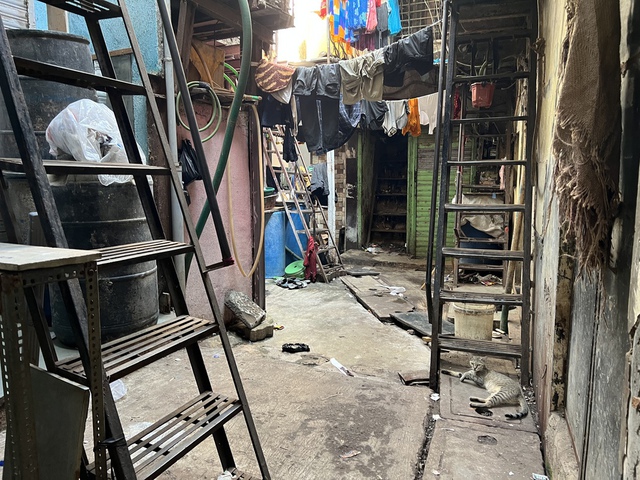 The houses in the slum are only about 10 m2 wide, mostly for sleeping. For hygiene needs, they use public toilets.

This area has only small houses, or very small. Inside the ten-square-meter apartments, there is only a place to sleep, but it is not possible to find a toilet inside. The rows of houses are close together, leaving a very small space for people to move around, dodging just enough narrow slots.

The sunlight only appears on the outside of the slum, while in the slum, it is almost completely dark and the light is only glimmering. The common living space is the skylight, a rare area that is not requisitioned for housing. People gather to talk at the skylight every day, even though the air there still has an unpleasant taste, and rats run around.

The house price in the slum is up to 1 billion VND/unit!

The people who live in the slum are mostly low-income people. Living in the middle of the most expensive and famous city in India, most of them can only earn 15,000 rupees per month (about 5 million VND). Residents try to save money because housing accounts for more than half of their income. Daily meals, savings also cost up to 50 rupees (15,000 VND) for each meal. Not to mention other living expenses. 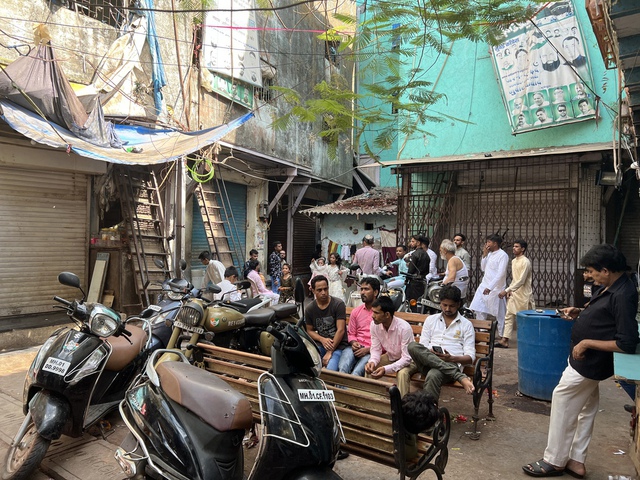 The skylight is a common living space, a rare place to receive the most light in the slum. 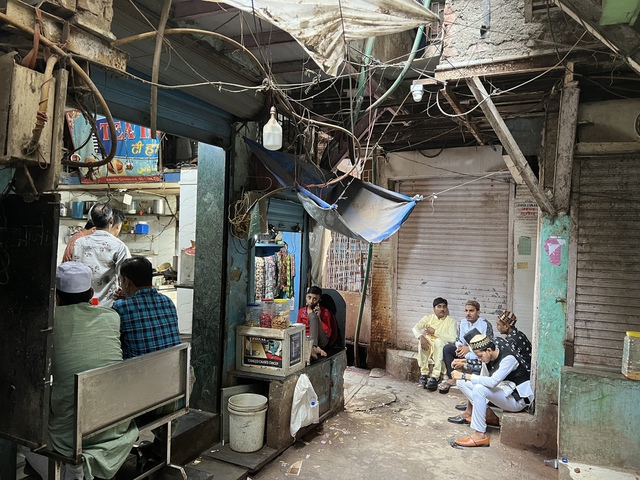 The common living space can be the stalls selling bottled water – a popular milk tea of ​​Indians.

Such income and expenditure make them almost helpless if they have to bear the additional cost of buying a home. A friend of mine who lives in the slum said that a cheap apartment is also 1 billion dong. And if the apartment has the ability to sell, it must be 2-3 times the price. Buying a house for most residents is unthinkable, except for some people in the 3-4th generation who have better incomes who will buy expensive apartments nearby to take care of their loved ones. slum.

The majority of tenants who live in the slum do sales-related work. The spontaneous market was filled with acquaintances of my friends. A bag of coconut water costs 10 rupees. On the most expensive day, her neighbor sold only 100-200 bags; maximum daily earn only 2,000 rupees (about 620,000 VND).

But I see them smiling all the time. Money pressure is probably not too heavy for residents here.

What is so special about Richard Mille watches that many billionaires and successful people are fascinated with, possessing a collection worth a fortune?

A feng shui stone that helps increase willpower, as a shield to protect you from the envy of others 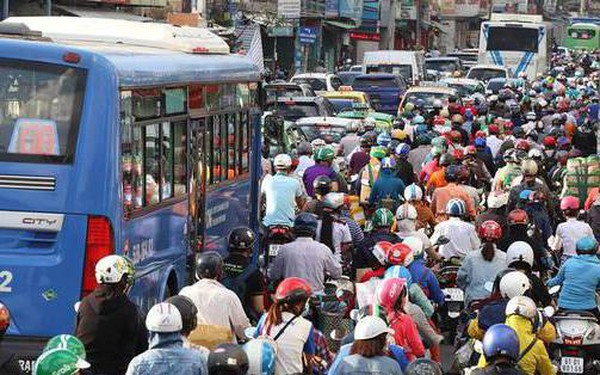 Thanh Hoa ranks No. 1 in terms of number of people emigrating 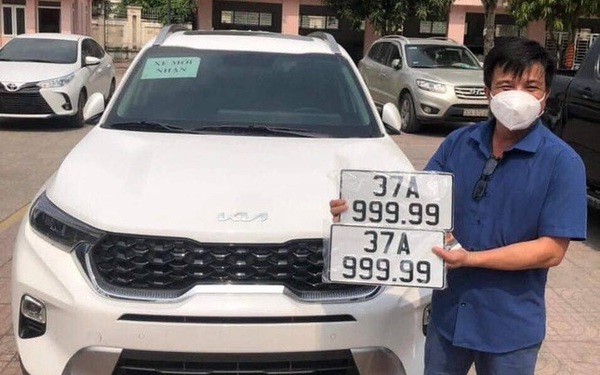