May 8, the wedding of Ngo Thanh Van and the rich CEO boyfriend, 11 years younger than her, Huy Tran took place in the expectations of many people. This event was attended only by the two families and closest friends of the bride and groom. Even though it’s a cozy party, it can be seen Ngo Thanh Van and Huy Tran have invested a lot for the wedding. All decorations are carefully prepared by the couple.

“Van did not want this to be an event, but really wanted it to be a memorable memory. Therefore, Van and Huy decided that this party would be small, but it would certainly be beautiful and cozy. The two of them were deeply sorry. when it is not possible to send invitations to everyone to join in the fun”, Ngo Thanh Van said when announcing the wedding. 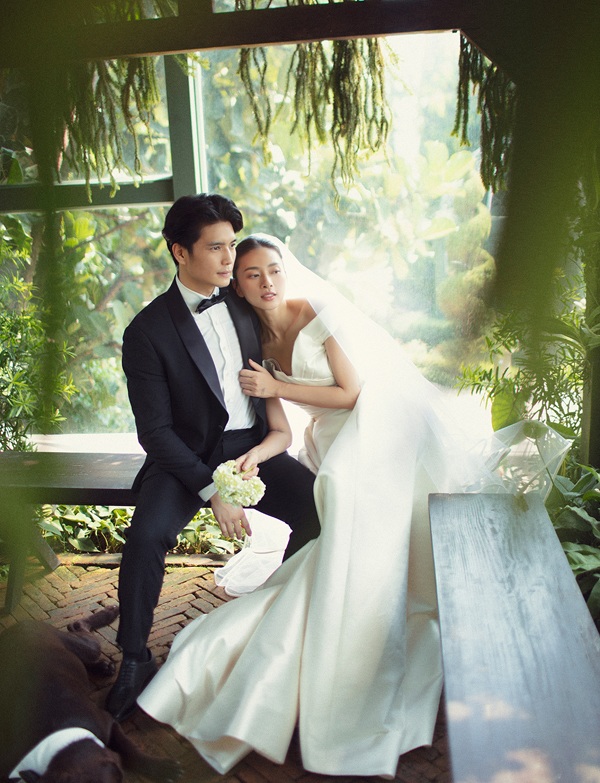 A series of wedding photos of Ngo Thanh Van and Huy Tran before the wedding made social networks “fever”. 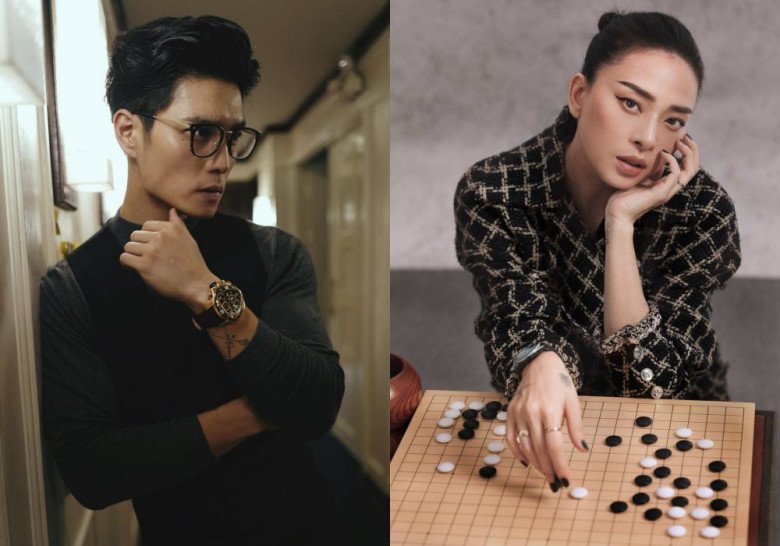 The couple is commented to match from appearance to family background.

Having a handsome appearance, rich, is the boss of many business establishments, Ngo Thanh Van’s Vietnamese-German husband once dated another beauty and publicly appeared on television. In 2019, for the first time in Vietnam to participate in an entertainment program about dating, Huy Tran once boasted that he had a girlfriend, Thao Nhi Le, a genuine “rich kid”, born in a rich family.

Huy Tran said he met Thao Nhi Le in Berlin when she was 19 years old, then the two decided to date and often share luxurious moments together. When the handsome male model announced his lover on television, many people thought that this showed Huy Tran’s responsibility and respect for his girlfriend, making his image of “someone’s boyfriend”. he is more and more perfect. 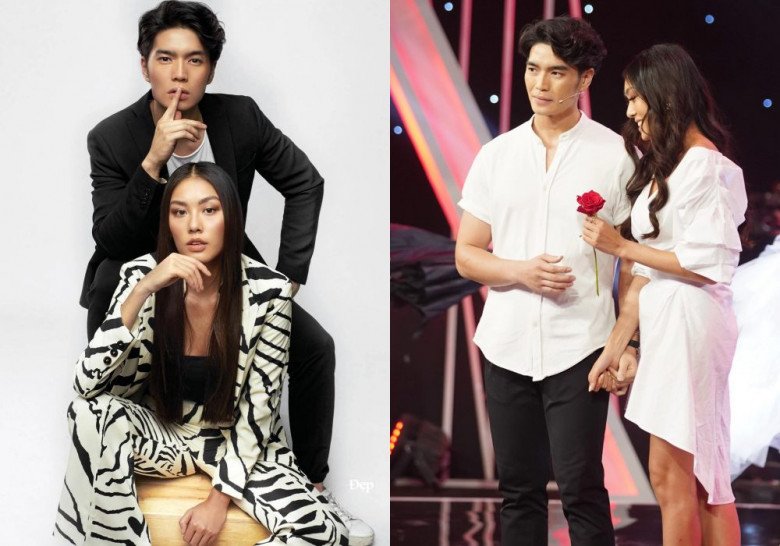 Huy Tran’s ex-girlfriend is a genuine rich daughter. The two once appeared on television together in 2019 to publicize their love. 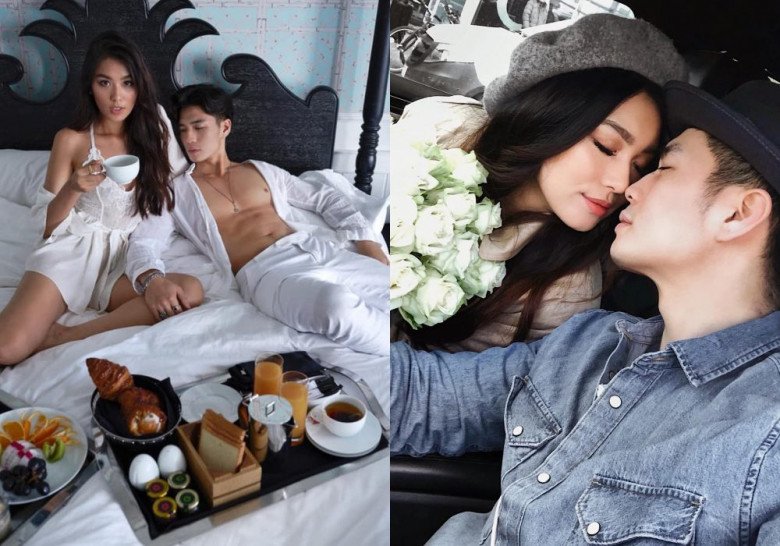 When they were in love, the two showed off many luxurious and romantic moments on social networks.

However, by the end of 2019, the couple broke up. According to Thao Nhi Le, the two stopped because they did not have a common voice and did not have time for each other when they were both too busy with the project of setting up a business in Vietnam. After that, Huy Tran became Ngo Thanh Van’s boyfriend. The couple secretly dated and publicly loved in November 2021 when they decided to “go home together”.

As for Thao Nhi Le, she is currently the face of the Vietnamese beauty village, participating in the Miss Universe Vietnam 2022 contest and is considered one of the strong candidates for the crown. Right from the preliminary session, the beauty born in 1994 attracted attention by her ability to “shoot” English like the wind. She communicated with the audience in fluent English, without hesitation. 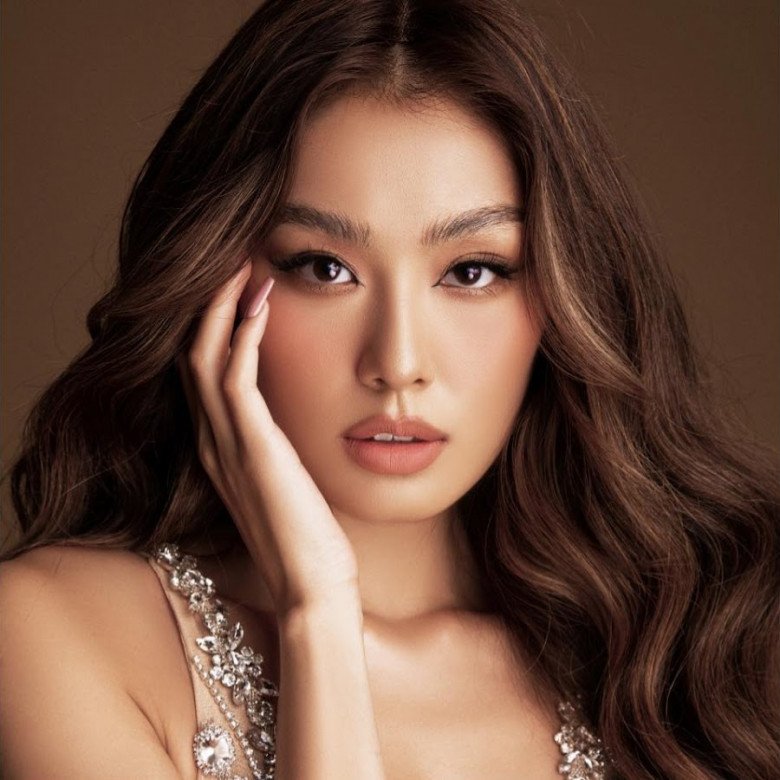 In 2020, Thao Nhi Le is the only Vietnamese beauty in the Top 100 most beautiful faces in the world voted by TC Candler. She owns strong and attractive Western hybrid lines. 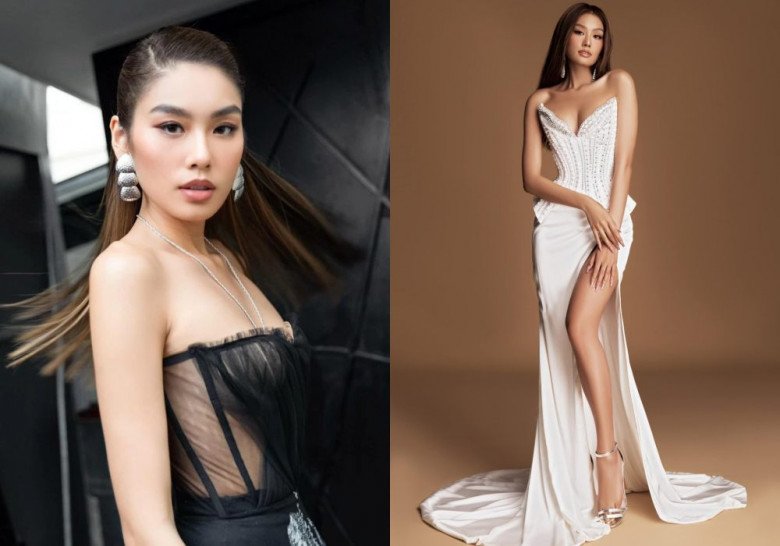 After parting with Huy Tran, Thao Nhi Le became more and more beautiful, famousis currently participating in a beauty contest that is noticed in the country.

It is known that after graduating from university in Germany, Thao Nhi Le decided to return to Vietnam to work. She shared: “The past 3 years for me have not been a walk, but a process of trying to bring value not only to myself but to the community, especially women and the young generation in Vietnam. Male”.

Thao Nhi Le said that her registration for Miss Universe Vietnam 2021 is a charm. She recounted: “Up until now, I wasn’t ready to compete in beauty pageants because I didn’t feel like I had enough life experience or I was too good a woman to spread value to everyone. But now, I’m 27 years old, I feel more mature and more confident to enter the competition”. 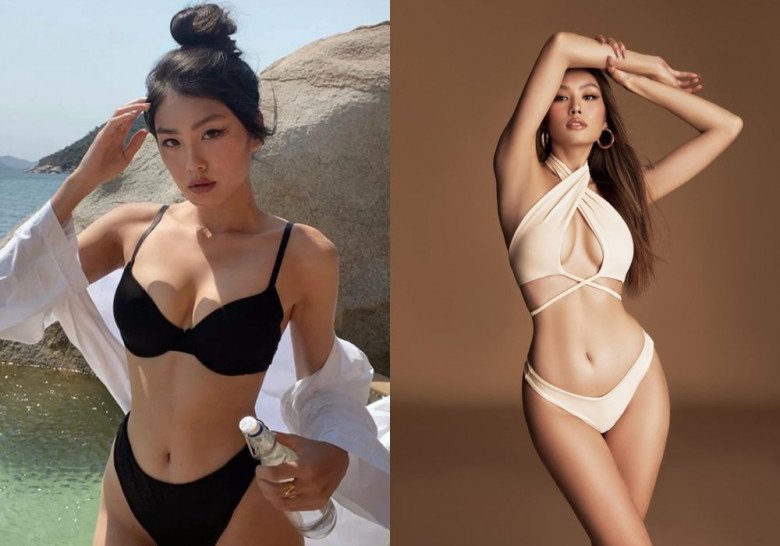 The 9X beauty is 1m68 tall with a 3-round measurement of 88 – 65 – 92. In the Miss Universe Vietnam contest, although her height is more limited than other contestants, she is still considered to have a close body. hot, healthy image 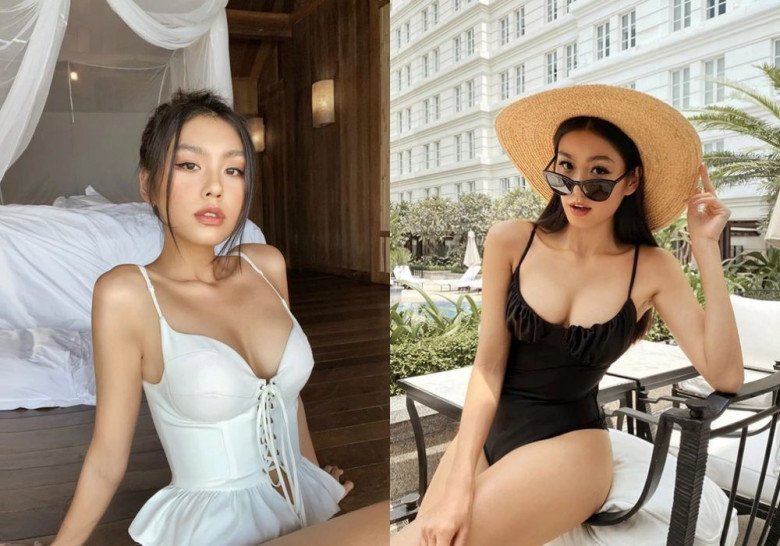 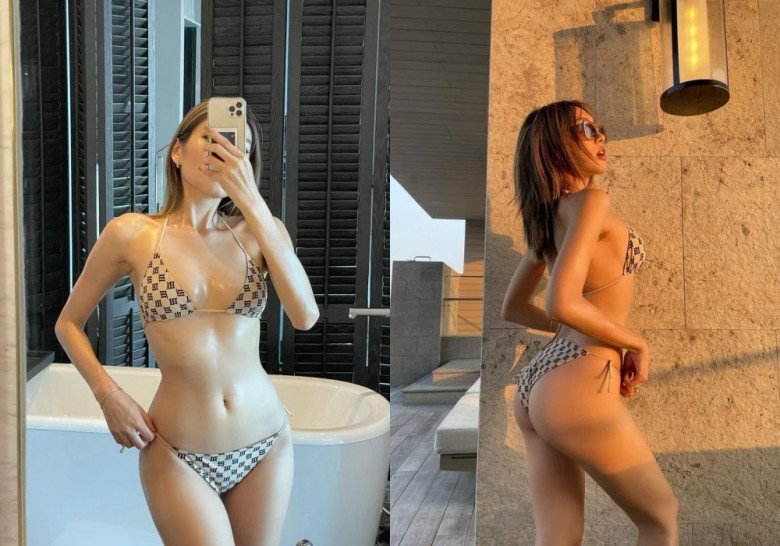 On her personal page, Thao Nhi Le confidently shows off her beautiful body with “fiery” curves. 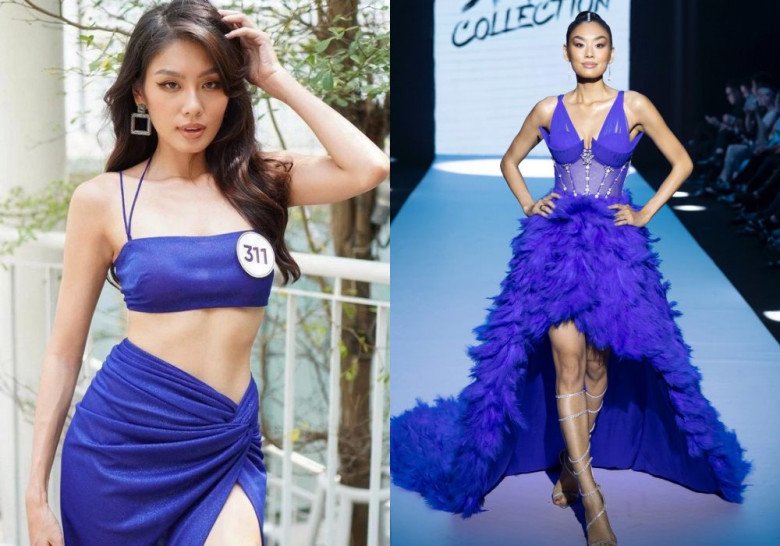 Participating in Miss Universe Vietnam 2022, Thao Nhi Le is classified as a strong group of contestants, receiving great attention from the media. She is expected to enter the Top 5 finalists, even having the ability to compete for the highest crown.

Hot of the week: The miracle of a female tourist who survived 7 days after falling into the depths of Yen Tu 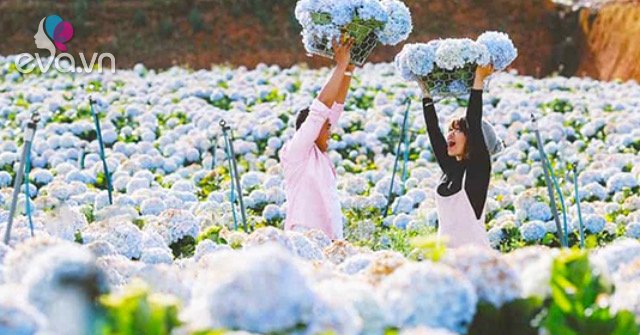 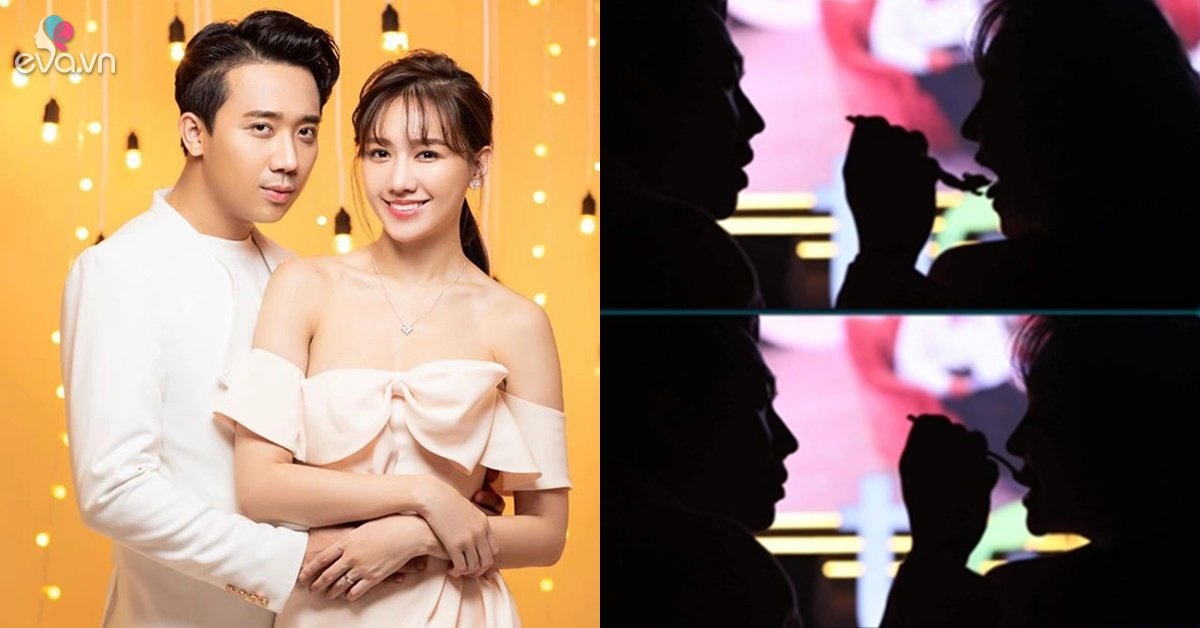 Tran Thanh was caught in love with Hari Won in public, acting similar to Truong Giang-Star