Nominally, this is still the Madrid derby. However, the match was only procedural with Real due to the White Vulture was officially crowned champion. Therefore, coach Carlo Ancelotti ranked a lot of substitute players in the main kick. Examples: Andriy Lunin, Jesus Vallejo, Nacho Fernandez, Luka Jovic. But with Atletico, Los Rojiblancos still has the goal of winning tickets to the Champions League.

Before the match, Atletico were in the last place in the top 4 on the La Liga table, 3 points more than the 5th place, Real Betis. 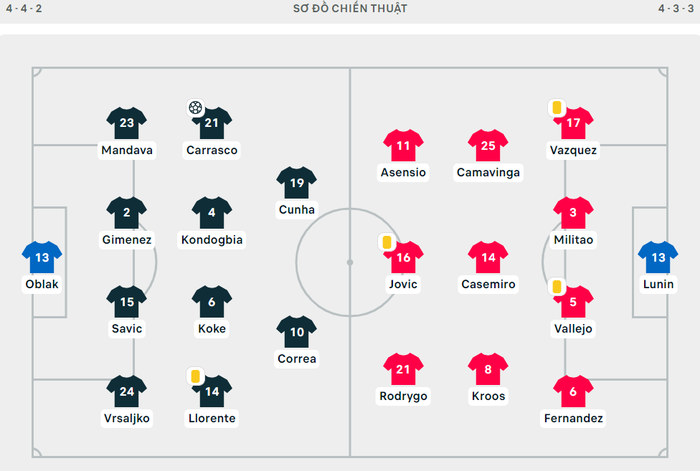 Real can not play dominant when only playing with a squad that is half of the players rarely get the main kick. Atletico have a slightly better squad quality. However, the home team at Wanda Metropolitano was not used to entering the game with the upper hand. Atletico played very “bully” when they had to hold the ball and play actively.

These 2 reasons make the course of the match a bit boring. The two teams created a balanced game, neither side was too dominant. The first half took place at an average pace, notable situations did not appear too much. Atletico have the first chance to score a dangerous goal. Angel Correa received a pass from his teammates in the Real box and shot the ball narrowly wide of the post. 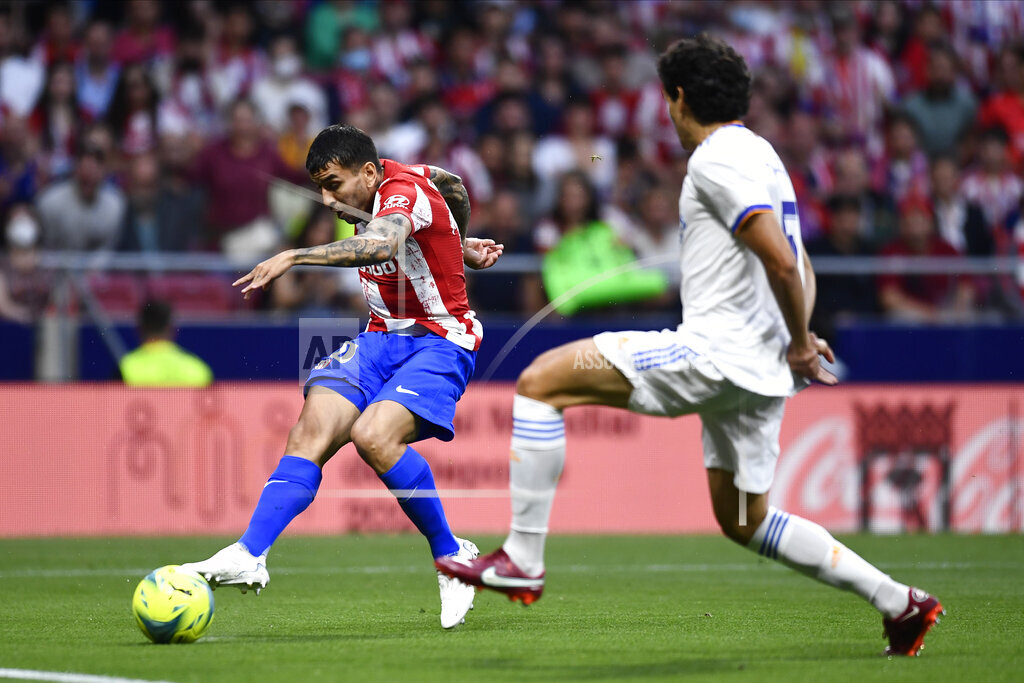 When the deadlock could not be resolved by the two teams with live ball situations, a fixed situation became the biggest turning point of the first half. 37 minutes, Matheus Cunha fell limply in Real’s penalty area. after being pushed from behind by Vallejo and bumping into Eder Militao. 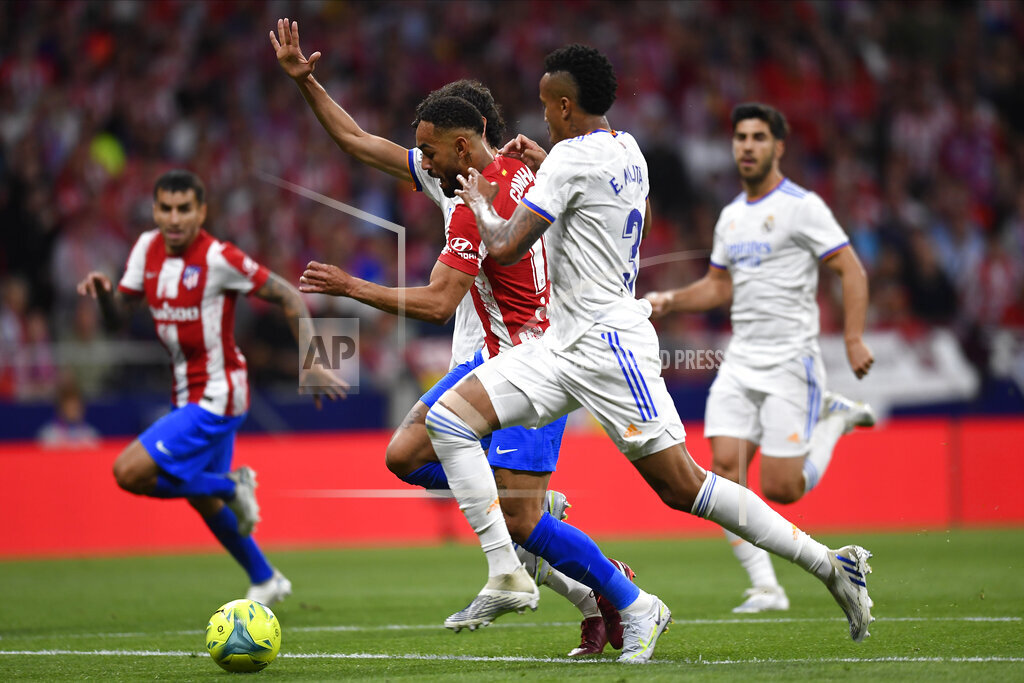 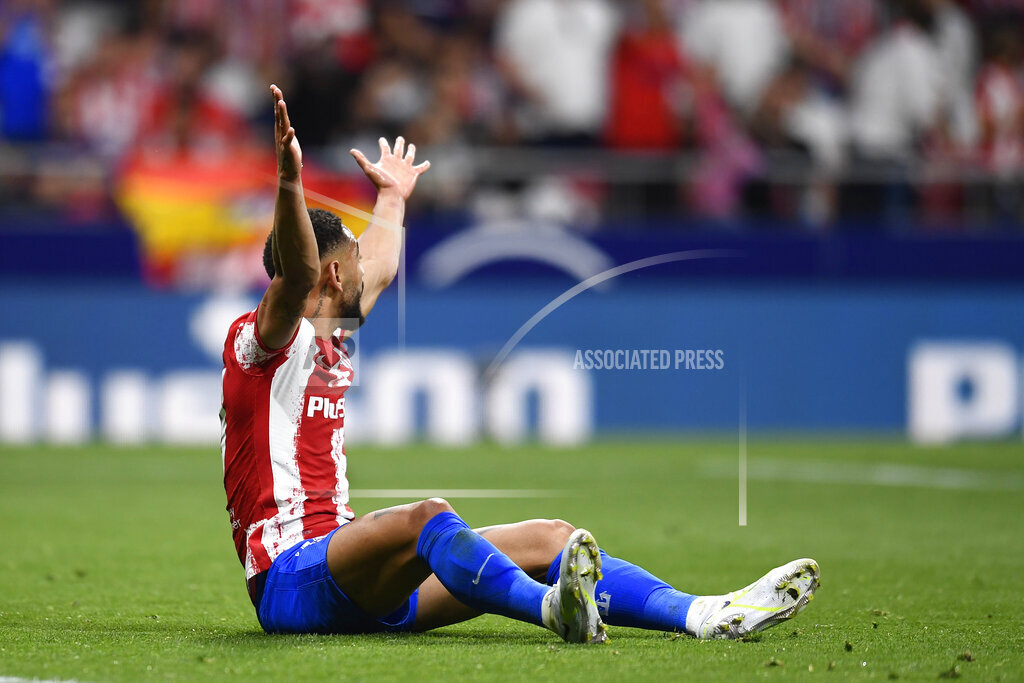 Referee Cesar Soto Grado awarded the home team a penalty after being assisted by VAR. On the 11m mark, Yannick Carrasco fooled Thibaut Courtois with a relatively strong kick. 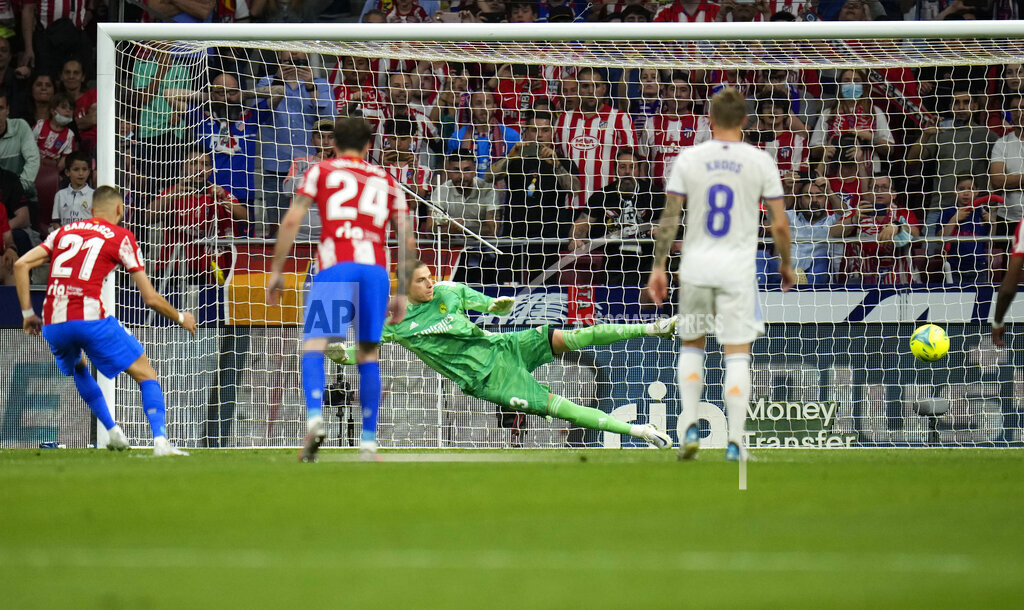 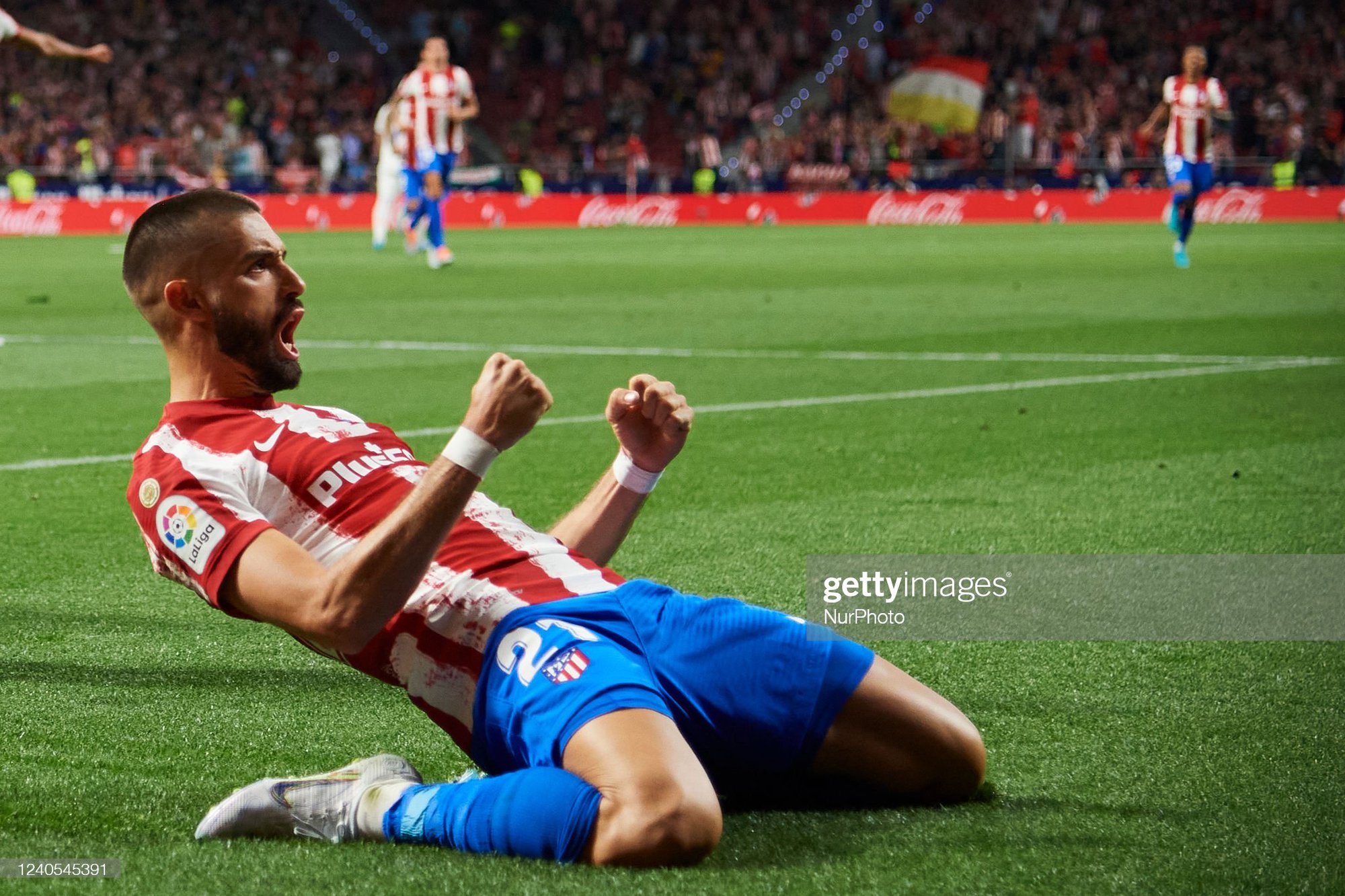 Real tried to respond to find an equalizer before the first half ended with a score of 1-0 in favor of Atletico. 45 minutes, Toni Kroos shot from the edge of the penalty area to send the ball close to the post. 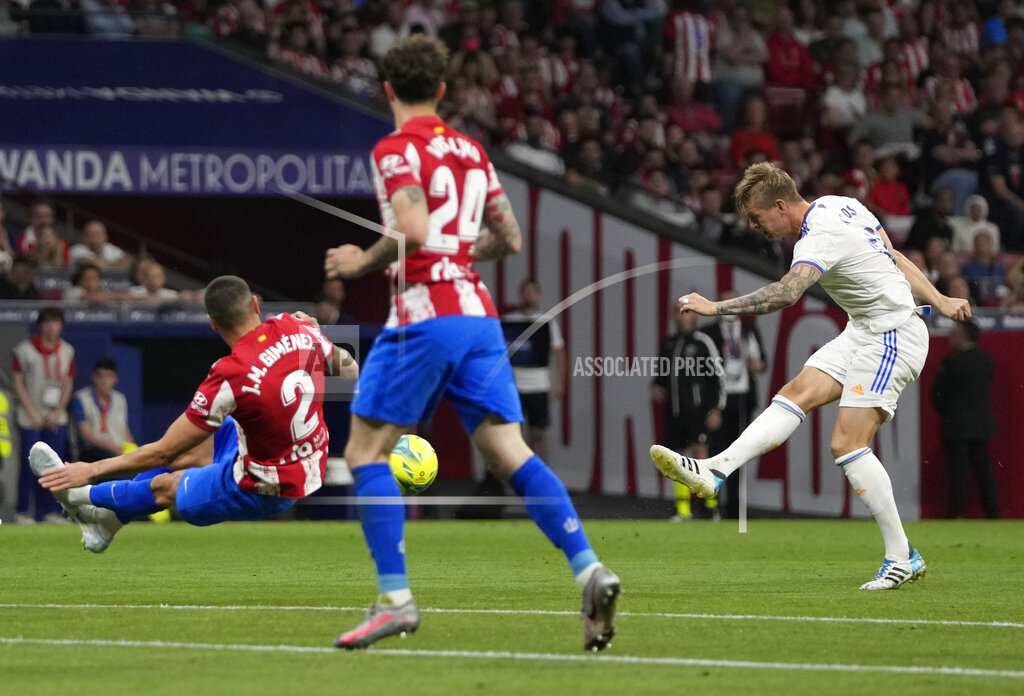 Minutes 45+2, a favorable opportunity came to Jovic. However, Jan Oblak successfully made an accurate save to help Atletico go into the half-time with the lead. 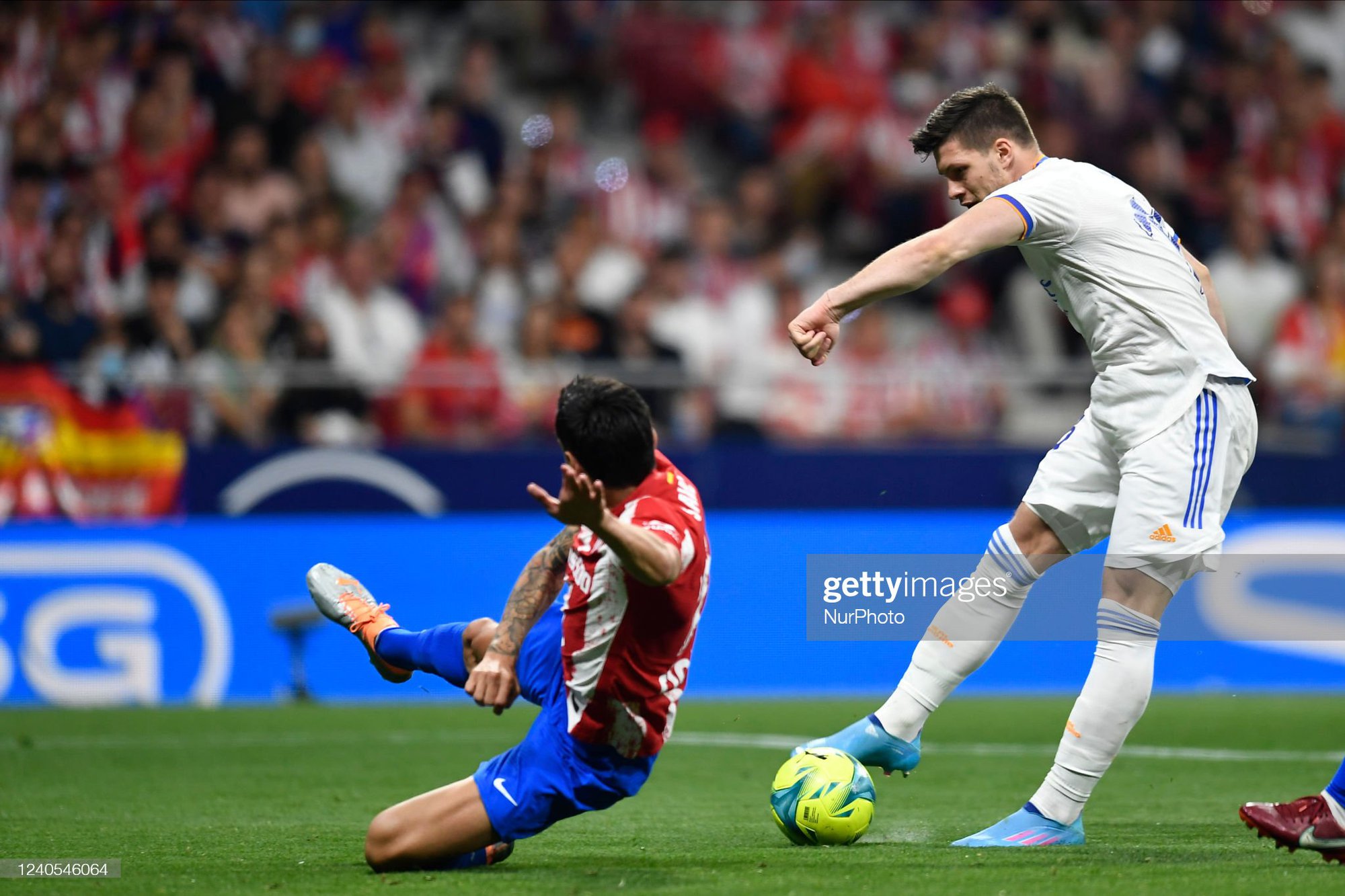 At the beginning of the second half, Atletico actively gave up the game to Real to reverse the squad to the home field and play defensively. The red and white striped team soon showed their intention to preserve the score. Atletico’s deep play creates conditions for Los Blancos to participate more actively. Real played better and had a few outstanding opportunities but could not convert to a goal.

After about 10 minutes of playing slack, Atletico started to attack and create stoppages that made Real fans’ hearts flutter. In the 60th minute, Carrasco received the ball from Marcos Llorente’s cross and shot a lightning-fast shot, but Lunin had a better judgment. 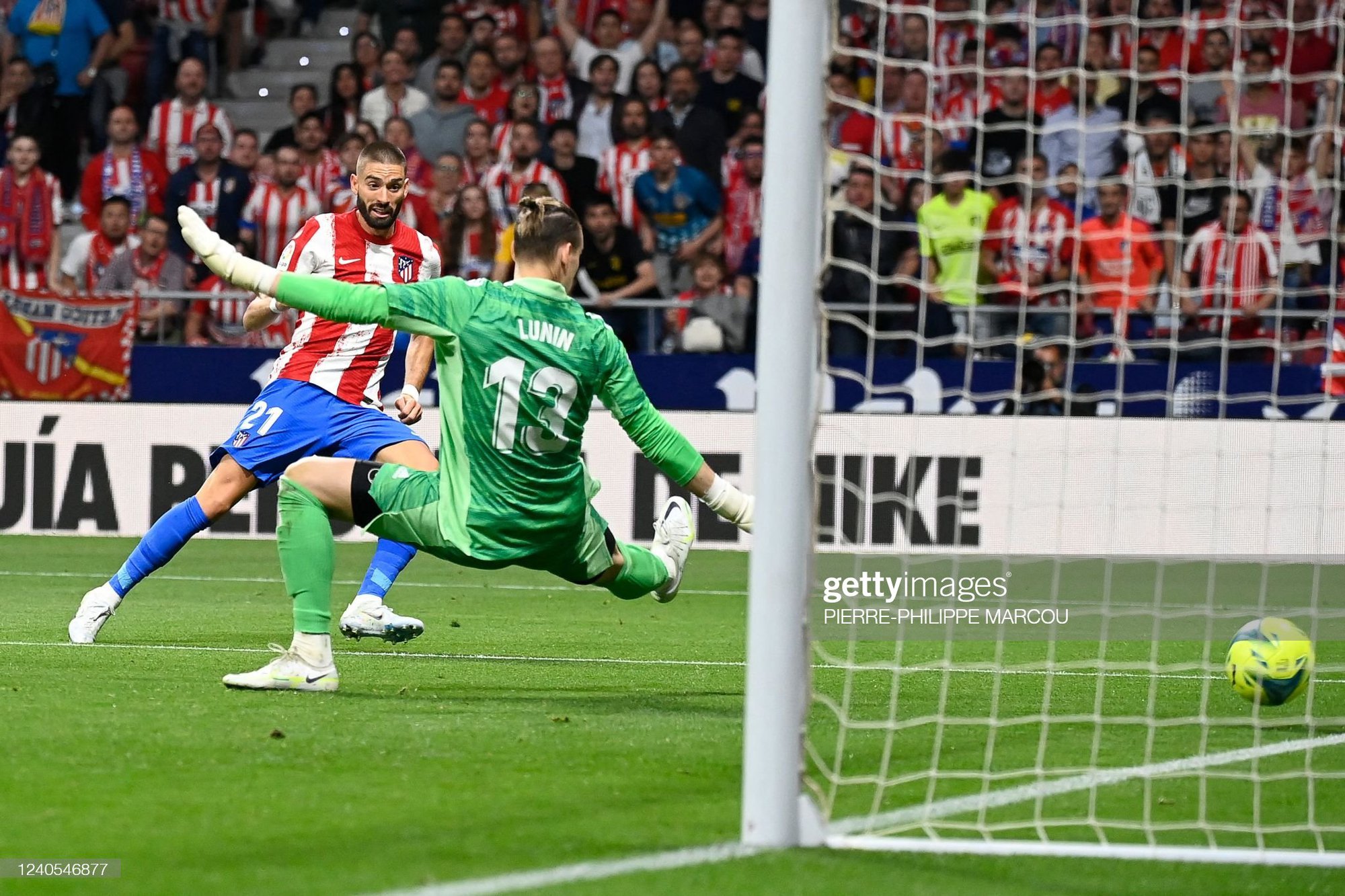 It was not until the end of the game that Real could increase the pressure on Oblak’s goal but the equalizer did not appear. The Madrid derby ended with the final score 1-0 in favor of Atletico.

Husband and wife Hyun Bin - Son Ye Jin were seen going to the hospital together?

Dong Nhi and her husband were stunned with the huge guest lineup, the proud wife and the CEO of the trillion-dollar corporation had a special request!

HOT: The pro-Russian faction pressed, saying there was no way out for the Ukrainian Army 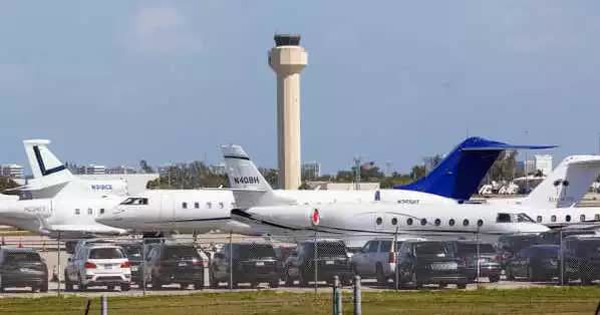 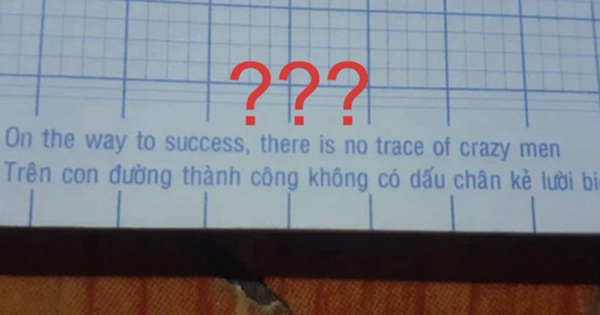 The words appeared on the book page for the past decade, who would have guessed that they only mistranslated one English word, but the meaning was “horror” like this. 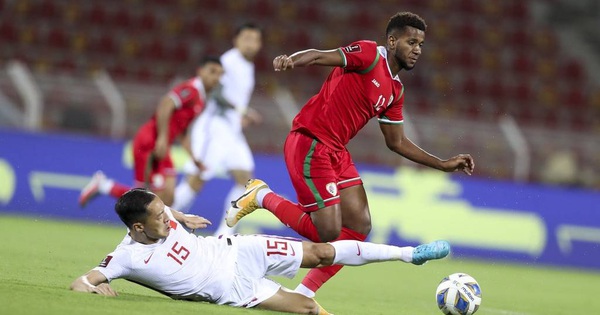 “Falling out” in the last match, the Chinese team bowed in front of coach Park Hang-seo’s teachers and students