Virtue prepare for any unexpected shutdown of Russian gas supplies with an emergency package that could include control of key companies, three sources familiar with the matter told Reuters.

Russian gas accounts for 55% of Germany’s imports in 2021. Berlin has also been under pressure to import gas from Russia since the outbreak of the war in Ukraine.

Germany wants to cut its own supply of Russian gas but is expected to continue to depend on Russian gas until mid-2024.

It is unclear whether the scenario of a abrupt Russian gas shutdown will happen, and officials say Germany wants to prevent an escalation. However, at present, Germany is concerned that Russia may unilaterally close the valve on gas lines and wants to have a plan to deal with when this scenario occurs.

While a broad framework has been put in place and the government is determined to help, details of how the plan will be implemented are being discussed, officials said.

The government will provide additional loans and guarantees to support energy companies, help companies cope with rising prices and could bring important companies, such as refineries oil, under government control.

When asked to comment on the measures, the German Economy Ministry reiterated Deputy Chancellor Robert Habeck’s statement that the country had made “strong efforts” in recent weeks to reduce its energy use. Russia.

Last month, Germany passed a legal change so it could take control of energy companies as a last resort. Germany is discussing how to use this measure in practice, such as taking control of the PCK refinery operated by Russia’s Rosneft in Schwedt near Poland. This plant accounts for most of the oil Germany still imports from Russia and could be affected when Russian oil embargo of the European Union (EU) came into force.

One source said that the nationalization of energy companies is an option under consideration but will have to be carefully considered and demonstrated that the move is to secure energy supplies, not punish. Russia.

Germany may also hold shares in other companies, two sources pointed out. In 2018, Germany made a similar move when state development bank KfW bought 20% of energy network operator 50Hertz in response to an offer from the Chinese grid group.

The German government’s final emergency package has yet to be finalized. One of the Reuters sources noted that taking minority stakes in companies and intervening in the Schwedt refinery were still being discussed but had not been decided.

German officials are also looking at whether KfW can ease the pressure on key companies by providing them with additional loans or an emergency line of credit that companies can use if energy prices fall. high volume…

Germany is also considering how it will distribute gas in the event of an emergency. Regulators are considering whether to prioritize industry over households. This is an option that will reverse the current policy of shutting off gas from businesses first.

The discussions took place in the context of the war Ukraine and the increasingly strained relationship between Moscow and Brussels, which is advocating tougher measures to punish Russia.

Russian gas company Gazprom stopped exporting gas to Poland and Bulgaria in April after those countries refused to pay in ruble.

They are concerned that cutting off gas could also cause gas price spiked, allowing Moscow to monetize sales outside the EU and thus not having the desired punitive effect.

Germany is reaching the limit of sanctions it can impose without causing economic damage, officials say. Even the most sanctioned Russia members of Germany’s ruling coalition are wary of imposing gas sanctions.

In addition, Berlin is also influenced by the heads of the German energy industry, including executives of the largest listed companies and representatives of companies with ties to Russia – who regularly met and lobbied officials not to embargo the gas, one source pointed out.

Another source said that executives of German companies told Berlin they were preparing to sever energy ties with Germany. Russia under any circumstances, but urges the government not to force companies to exit Russian energy immediately.

For the first time in nearly 60 years, the Queen is absent from the opening ceremony of parliament

Giant container ship rescued after a month aground 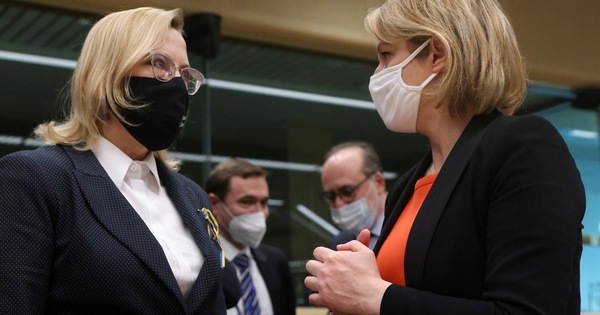 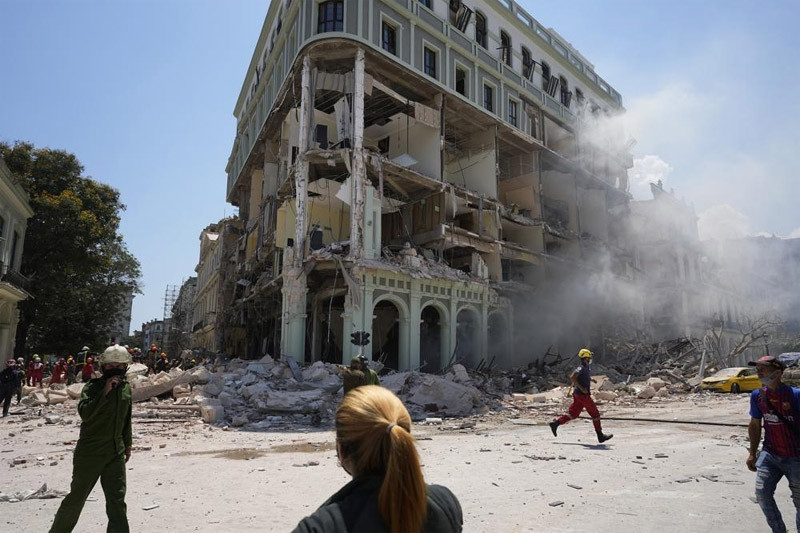 Explosion of a luxury hotel in the capital of Cuba, dozens of people were injured