Pretend to be a repairman of toilets, air conditioners… Log into more than 20 families in Ho Chi Minh City to steal more than 5.3 billion VND and then go to Cambodia to play cockfight.

According to the prosecution, in order to have money to spend, Dang pretended to be an acquaintance to fix the toilet, air conditioner, fix the door and close the bed…to enter the house of many people and take advantage of the loophole to stealthily steal property.

Accordingly, at about 9 a.m. on August 29, 2018, Dang drove a motorbike to Nguyen Thi Cam V’s house on Le Dinh Can street (Tan Tao ward, Binh Tan district) to call the door. When he saw the maid, Dang pretended to be a worker who came to fix the toilet and then took out his phone and pretended to call Ms. V. to build trust.

Think the owner called a real toilet repairman, the maid opened the door for the thief to enter. After pretending to ask a maid to fetch water, Dang snuck up to Van’s bedroom, took 40 million VND and many jewelry, and escaped.

On September 10, 2018, when he ran out of money to spend, he pretended to be an acquaintance to invite Le Van Luyen (in Binh Tri Dong ward, Binh Tan district) to have a housewarming meal. Seeing Luyen’s mother at home alone, Dang pretended to fix the toilet for him and then took advantage of the loophole to take away from the owner 30 million VND, 2,000 USD and many jewelry and gold bars. The total assets that Dang obtained from Mr. Luyen’s family amounted to more than 142 million VND.

By this trick, in less than 2 years, from August 2018 to February 2020, this thief stole more than 5 billion 300 million VND from 24 families in Ho Chi Minh City. With all the stolen money, Dang went to Cambodia to gamble with cockfighting and lost all.

At the trial, the defendant sincerely confessed to the offence.

Considering that the defendant’s criminal act has directly infringed on other people’s property, causing social disorder, it is necessary to have a severe sentence for deterrence and general prevention.

Make sure your child changes rapidly, no matter how bad he is, he will be obedient

The gang pretended to be a criminal police, controlled both mother and daughter to rob motorbikes 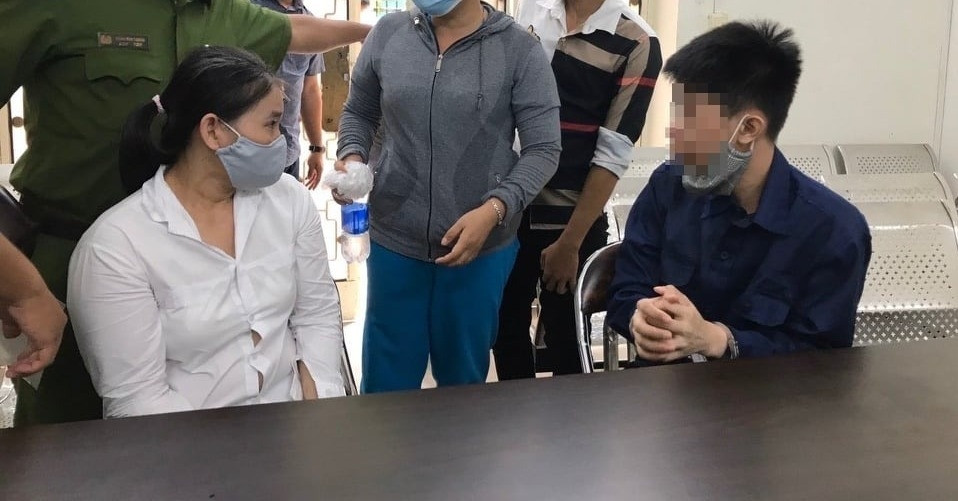 Mother and son went to prison together for killing husband, father