In the case of a female student hitting a male friend that happened at Cao Ba Quat High School (Dak Lak), the homeroom teacher became the focus of public criticism when he did not promptly intervene. However, there is another story behind this incident.

In the past few days, the name Vuong Quoc Khoa, homeroom teacher of class 10A8, Cao Ba Quat High School, Buon Ma Thuot City (Dak Lak) has become the focus of public discussion for not stopping a female student from wearing a helmet. dangerously beat you in the classroom, in front of the teacher.

However, behind the reprehensible action of teacher Khoa, there is also a hidden corner that the public does not know.

Talk to PV InfonetMr. Khoa recounted the incident as follows: That day, at the beginning of class, Khoa reminded the QA student about some violations. However, the QA student disagreed with T.’s emulation method, so there was a controversy.

At this time, Mr. Khoa said that the other students prevented the QA friend from arguing… but after a while, the QA student suddenly hit T with his helmet.

According to Khoa, the situation happened so quickly that no one had time to react and stop, moreover, he did not think that in front of the homeroom teacher, the students would dare to act like that.

Explaining more about why this fight was not prevented in time, Mr. Khoa shared that he himself had personal health problems. In 2016, Mr. Khoa returned to work at Hung Vuong High School, but in 2017 he had an accident that caused his leg and arm to be broken and had to be braced on his thigh.

Until 2020, Mr. Khoa continued to have surgery again, but due to a transverse fracture of the femur, it was still very painful after surgery and reacted slowly during walking.

Khoa also admitted that he has not been a teacher in the education industry for a long time, so the recent incident is a bloody lesson for him to do well as a homeroom teacher and teacher in the near future.

Regarding Mr. Khoa’s health, Mr. Le Van Kiet – Principal of Cao Ba Quat High School confirmed that Mr. Khoa had an accident with broken arms and legs. He also said that this was one of the reasons why Khoa did not prevent this fight in time.

Previously, Infonet had informed that at about 9:30 am on April 26, Mr. Vuong Quoc Khoa was about to start teaching period 4 Math 10A8. After entering the class, teacher Khoa reminded me of some violations of the QA student. However, the QA student thought that T. had wrongly scored his emulation score, which then led to an argument and the QA student used a helmet. hit me T.

The case was then posted on social media, causing a stir in public opinion, with many people thinking that there was part of the homeroom teacher’s fault for not timely stopping the two children. At the same time, everyone wants the school to thoroughly propagate and educate students about the school’s behavioral culture to avoid unfortunate incidents of school violence.

3 styles of high-waisted pants are in vogue, dress up elegantly 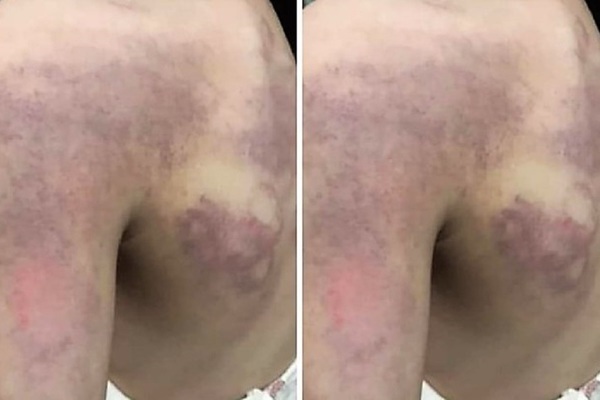 Temporarily suspending the teacher who beat the student with bruises, Nghe An Department of Education and Training spoke out 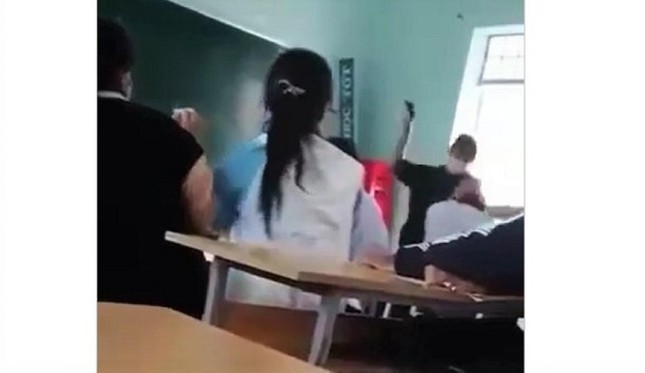 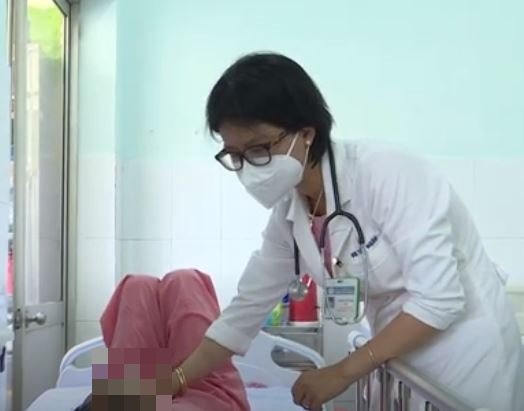 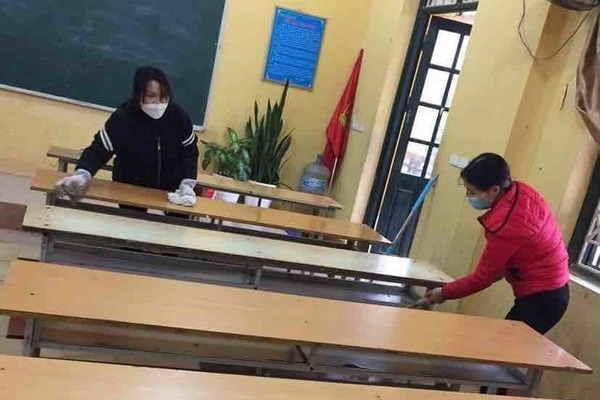 Termination of a teacher who pulls students’ hair in Thai Nguyen: A valuable lesson in school behavior