Duong Thuy Linh was stunned when she received a notice that the boys’ school increased tuition fees.

A few hours ago, Duong Thuy Linh attracted attention when publicizing his son’s new school fees. Received the notice of tuition increase from the school, the female MC was stunned, even announced maternity leave.

“Receiving a message that my child’s tuition fee increases by 130 million/year. I’m stunned. That’s when I went to middle school, my tuition increased by more than 20%”, Miss World Women lament. 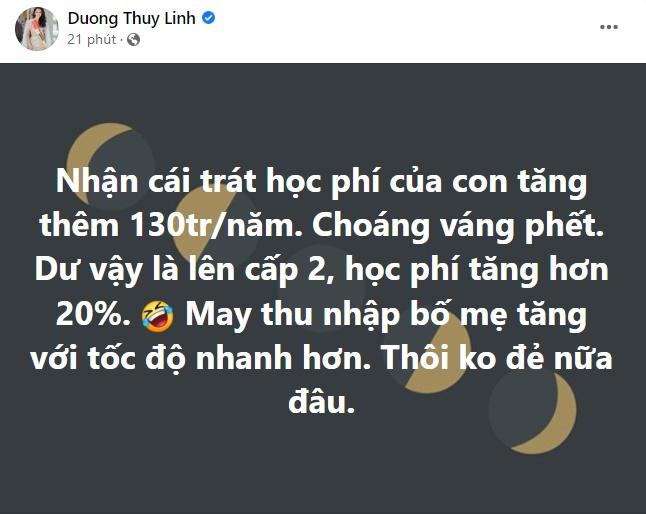 Although a bit “shocked”, Duong Thuy Linh is still confident that she can handle it, because her husband’s income is increasing at a faster rate than school fees.

It is known that Duong Thuy Linh sent her son to study at an international school in Hanoi. Previously, the female MC once revealed that the school her son attends has tuition fees and facilities that are not inferior to Prince George’s school – the son of Princess Kate Middleton and British Prince William. 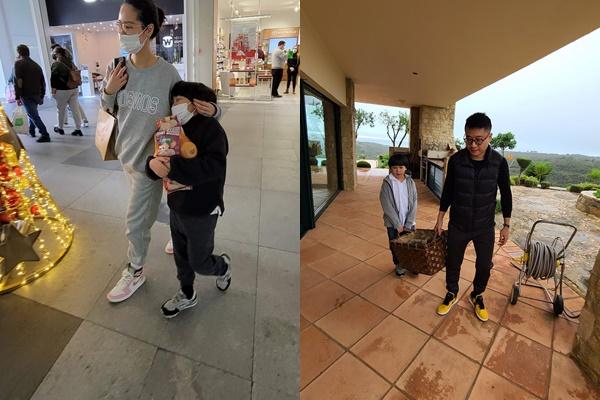 According to some sources, each year, the tuition fee of Duong Thuy Linh’s son is about 600 million VND. However, this fee has now increased as she shared above.

Explaining the reason for investing in her son to study in an international environment with high tuition fees, Duong Thuy Linh said: “My husband and I have our own businesses.

Currently, the couple is still building and perfecting the business, so there are hard times. However, we all agree that it is necessary to invest in children’s education instead of choosing too safe.

Studying in an international environment, I don’t know if I will be successful or earn a lot of money in the future, but my best thing is to develop many skills as well as cultivate all knowledge in all areas of life.

From there, your child will learn to enjoy life and how to have a high quality of life, even without a lot of money. As for me and my wife, investing in children is also a motivation for both of us to strive together.”. 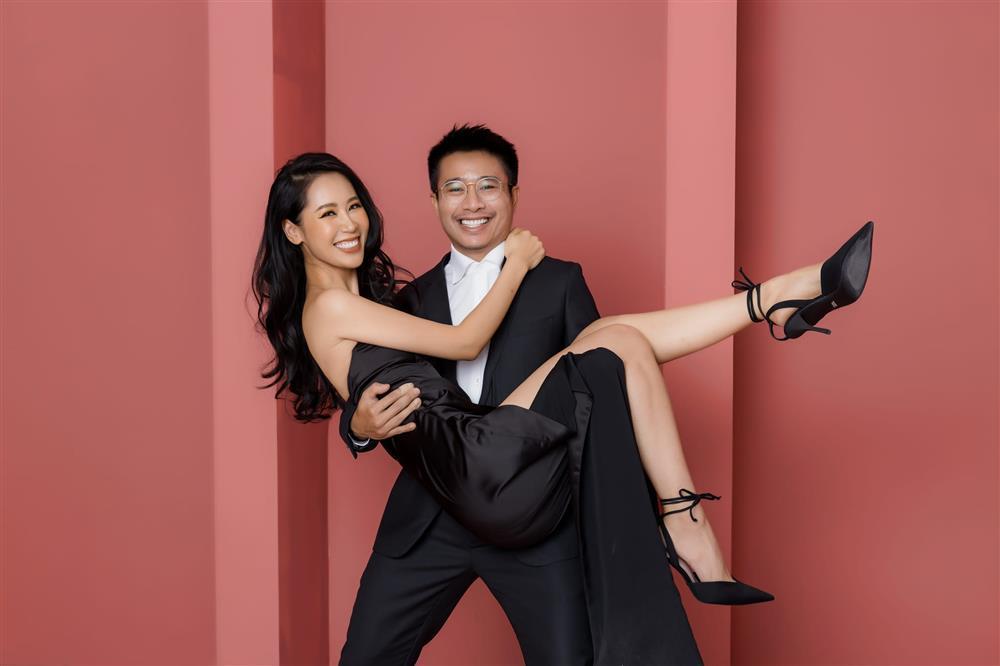 Duong Thuy Linh is known to the public with the Bronze Award Vietnamese Super Model 2004. The beauty used to represent Vietnam in contests Miss Tourism International 2004.

Coming out of the series of competitions, the beauty surnamed Duong then asserted herself in many fields. Currently, Thuy Linh is in charge of the weather and program MC Environment & Life, For The Perfect Day, The Secret Of Creation, Hours Of Entertainment, 3S+ Program,… 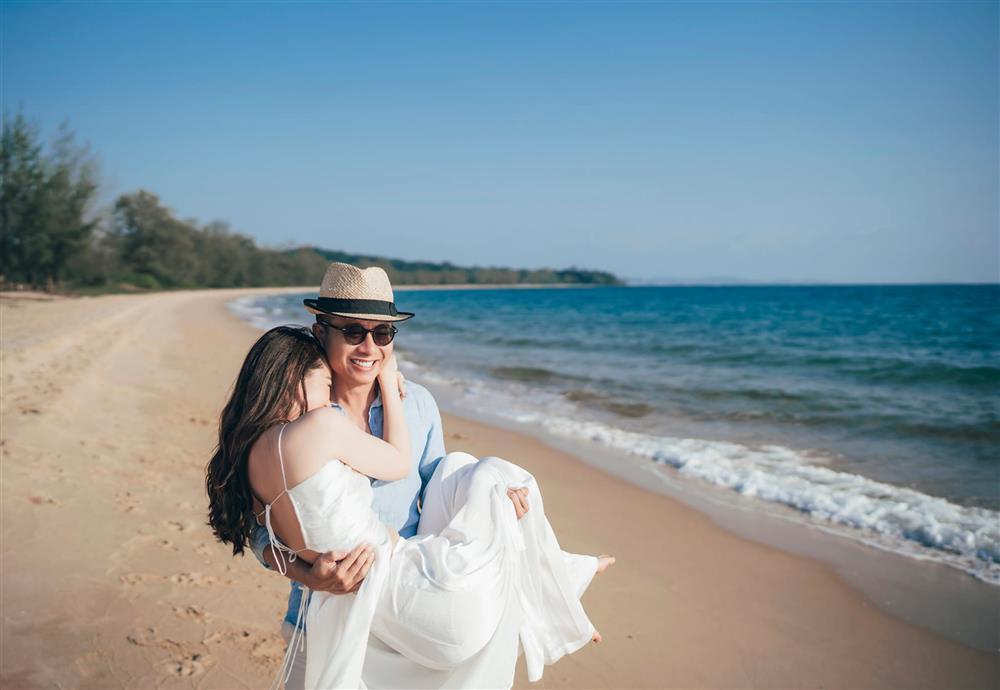 Besides a successful career, Duong Thuy Linh also has a happy married life with businessman Nguyen Viet Thang. They got married on October 21, 2009 and have a son.

Since it’s time to come home together, in addition to sweet love, many people also admire when the beautiful couple – businessman often shows off luxury travel photos. 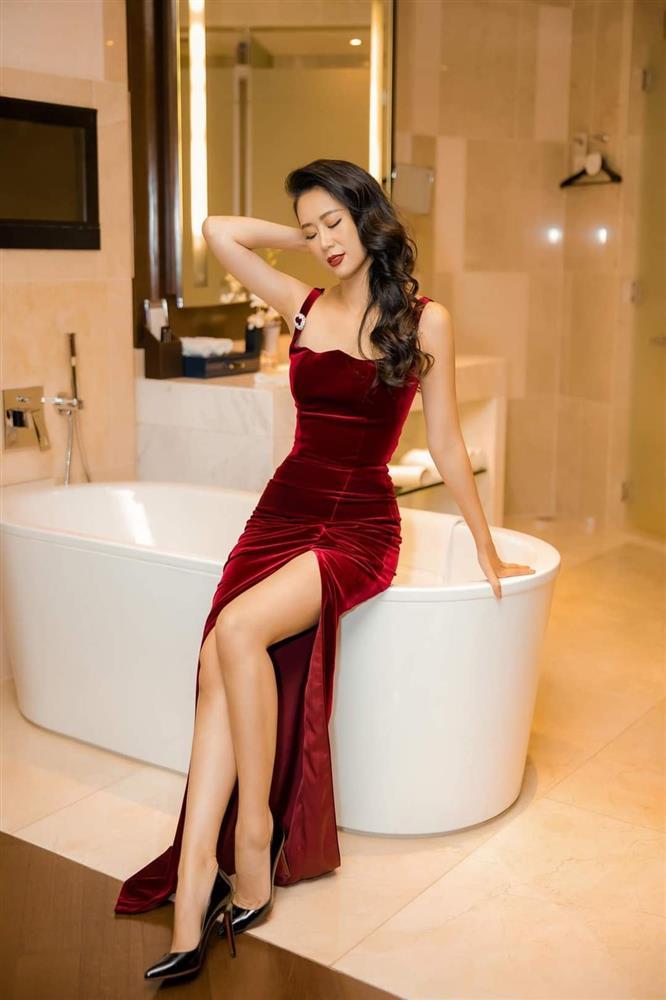 Boi Boi
According to Vietnamnet

North Korea may test nuclear weapons over the weekend 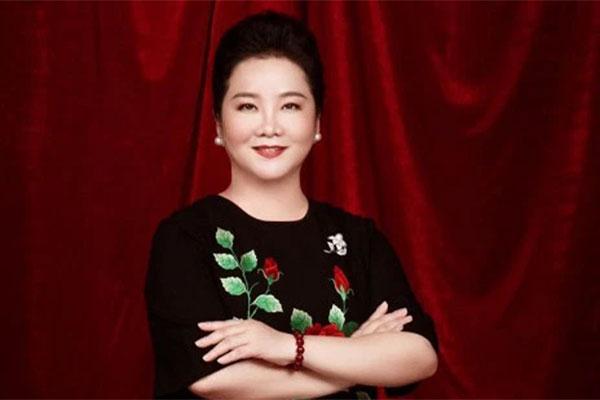 Being told to cover the sky with one hand at Miss Universe Vietnam, Phan Thanh’s mother-in-law replied harshly 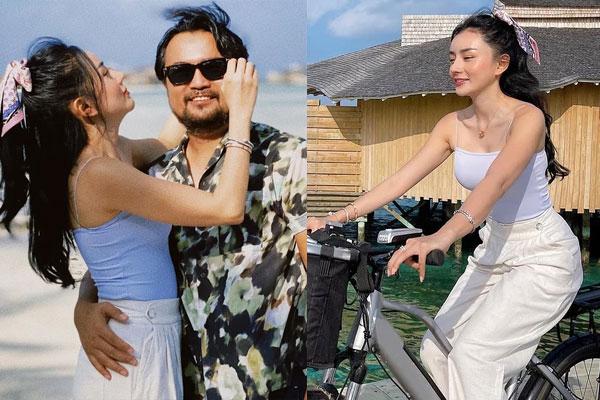 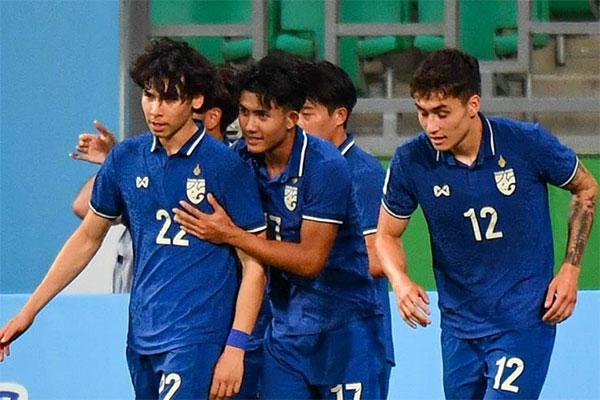 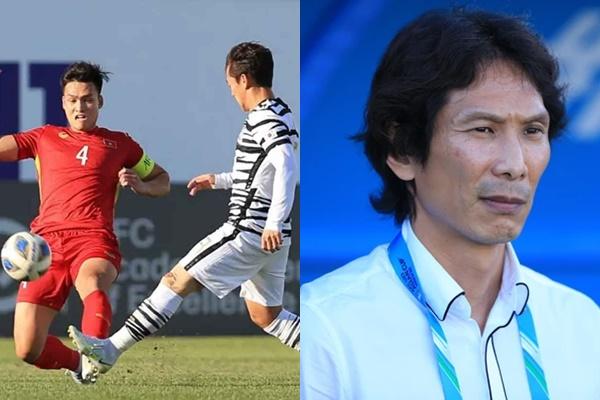