Previously, in October 2018, the People’s Court of Ho Chi Minh City sentenced defendant Chan to 8 years in prison, Thoi 14 years, Thai 10 years, Van 9 years in prison; The defendants involved in the case also received from 1 year, 6 months to 4 years in prison for the crimes of “Bribery” and “Bribery brokerage”.

By October 2019, the High People’s Court in Ho Chi Minh City, said that 80 officers in the traffic police force and traffic inspectors in Binh Duong, Dong Nai, Ho Chi Minh City, were involved in the king car sales line. This was not thoroughly investigated by the first-instance procedural authorities.

Therefore, thinking that the first-instance level showed signs of omitting the crime, the Trial Panel decided to cancel the entire first-instance judgment to investigate and re-trial.

However, during the re-investigation process, the traffic police officers and traffic inspectors did not admit that they had accepted bribes from the defendants to protect the overloaded vehicles. Although there are testimonies of the accused and books of records, but it is only a one-sided document, there is no material evidence, no other documents to prove it. Therefore, the police investigation agency of the Ministry of Public Security does not have enough grounds to consider criminal liability for the act of accepting bribes.

According to the prosecution, Thoi capital was in the transportation business; Thoi’s car is often fined for overloading, so he hooked up with the traffic police to ask for money, stuck the logo sign on the overloaded vehicles so that some traffic inspectors and traffic police officers on duty recognize and do not penalize. Unable to do it alone, Thoi invited his relative, Tran Quoc Thai, to join in the sale of the “king’s car” logo.

Accordingly, Thoi asked Nguyen Canh Chan for help so that the traffic police would not penalize the error of overloading the cars with the logo sold by Thoi. Mr. Chan agreed and told a Captain of Team 1, Traffic Police Department of Dong Nai Province Police about Thoi’s request and he agreed. From July 2014 to February 2015, Thoi transferred money to Mr. Chan 7 times with a total of nearly 600 million VND.

According to the investigation results, Chan acted as an intermediary, giving a bribe of 1.2 billion VND for Thoi.

After hooking up with some corrupt policemen, Thoi and Thai printed and sold logos to car owners and drivers to stick on the front of the car as a sign.

Thai is the one who directly goes to get the logos from the printing facility to bring back to Thoi and sell the logos to drivers and car owners for 2.5-3 million VND/logo. Thai enjoys a difference of 300-400 thousand VND/logo sold.

To avoid detection, Thai dispatched a number of motorbike taxi drivers to walk around the roads with traffic police on duty, then text Thai to inform the driver to avoid. Every month, about 200 cars are stamped with logos and Thai benefits from 60-80 million VND.

Thoi and Thai have colluded to print the logo of the word “68” to paste on the car glass of the buyer for 2.5 million VND/logo/month with a commitment not to be penalized for overloading. If fined, the drivers bring the minutes, Thoi will pay instead. After the “68” logo was used for a while, the team switched to the “Chengdu Garage” logo. Every month, Thoi makes a list of cars that buy logos by recording number plates for tracking.

The line of buying and selling the logo of the “king car” to protect overloaded vehicles led by Thoi lasted for more than 1 year, from January 2014 to August 2015 sold 15,000 vehicles, earning nearly 23 illegal profits. billions dong.

Of this amount, Thoi Khai used to “lube” from VND 9 million to VND 150 million each time, a total of 79 times with the amount of VND 5 billion.

Similarly, Le Thi Cam Van and her accomplices also printed logos for car owners to stick on the front glass. In just 3 months from May to August 2015, Van and his accomplices sold the logo and earned nearly 8 billion VND.

The indictment identifies Van, Thoi and Thai as giving bribes to 62 officers of the team and stations in the Dong Nai, Binh Duong and HCMC traffic police and 18 traffic police officers in Dong Nai, Binh Duong, and Ho Chi Minh City. The police took the statements of these 80 people, but they all said they did not receive money. Conducting photo identification, the defendants recognized some of the people they claimed to have bribed. Pretending to be a repairman, he stole more than 5 billion dong to Cambodia to play cockfighting 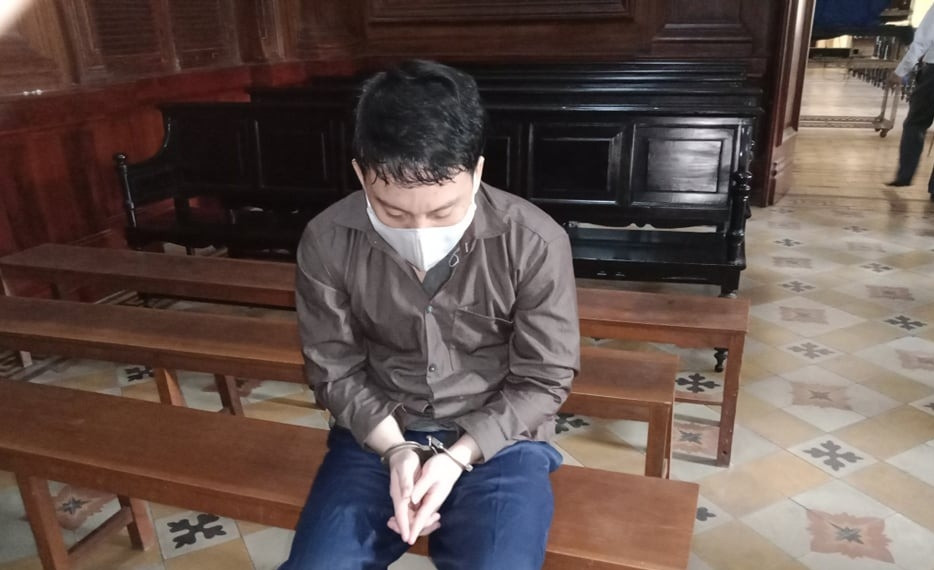