On the afternoon of May 20, the delegation of the Ministry of Information and Communications led by Deputy Minister Nguyen Huy Dung worked with the People’s Committee of Lang Son province on local digital transformation. Lang Son is one of the provinces where the Ministry of Information and Communications has dispatched officials to support the implementation of digital transformation.

Digital transformation has made a very important contribution to the improvement of the Provincial Governance and Public Administration Performance Index (PAPI), the Provincial Competitiveness Index (PCI) of Lang Son. Specifically, in 2021, Lang Son’s PAPI index ranked 4/63 localities, up 33 places compared to 2020. With PCI, last year, Lang Son ranked 36th in the country, up 13 places compared to the previous year. 2020.

According to Deputy Minister Nguyen Huy Dung, in the past 1 year, there are 2 things Lang Son has done very well, that is, the province has issued the entire document system as a “framework” for the next 5 years. Lang Son has also drastically and strongly launched a number of initiatives to brand its local brand so that it can be replicated nationwide. Community digital technology team and border gate no.

The report of the Provincial People’s Committee said that Lang Son has focused on building the Community Technology Team, which is the extension arm of the Digital Transformation Steering Committee from the province, district, commune to village. Consolidated, established 1,684 community digital technology groups with 7,776 members.

Activities of the Community Technology Group in Lang Son contribute to changing the perception and traditional ways of people and households. This model has been popularized by the Ministry of Information and Communications to pilot and replicate nationwide into a community digital technology group.

Digital transformation is a long journey, requiring sustained efforts over many years

However, Vice Chairman of the People’s Committee of Lang Son province Doan Thu Ha also pointed out that, besides the achieved results, digital transformation in Lang Son still has problems and difficulties: Applying technology in a part of the people limited, especially in remote areas; IT infrastructure is still lacking in border areas, especially difficult areas; Investment funds for digital transformation have not yet met the requirements…

On the other hand, according to Ms. Doan Thu Ha, some parts of Lang Son’s work have been done, but to maintain it, it still requires all levels, sectors, people and businesses to continue making efforts.

At the meeting, the representative of the Department of Informatization, Deputy Director Nguyen Phu Tien raised the issue of improving the efficiency of online public service provision. According to him, Lang Son is one of the leading localities in bringing 100% of eligible public services online to a high level, with the online processing rate reaching 35% (this rate is above the national average). 23% – PV) but still needs to be improved. Therefore, Mr. Nguyen Phu Tien suggested Lang Son in the coming time have solutions to improve and improve the efficiency of providing and using online public services.

According to Deputy Director of the Postal Department Duong Ton Bao, implementing a plan to support agricultural production households on the e-commerce platform, promoting the development of the digital economy in agriculture and rural areas, Lang Son has had many Households create accounts on exchanges, but in the coming time, the locality still needs to focus on promoting transactions and promoting products so that these accounts can participate in more transactions.

Concluding the meeting, Deputy Minister Nguyen Huy Dung pointed out that for a sustainable digital transformation, it is necessary to pay attention to the end result, which is how to make people richer and happier. Digital transformation is a long journey, leading to the final result requires persistent efforts in 5 years, 10 years. “The Ministry of Information and Communications hopes that the leaders of Lang Son province will pay attention and arrange elite human resources for the Department of Information and Communications to have a force to maintain digital transformation efforts in 5 years, 10 years and even longer.”said the deputy minister.

Being a popular runner-up for a while 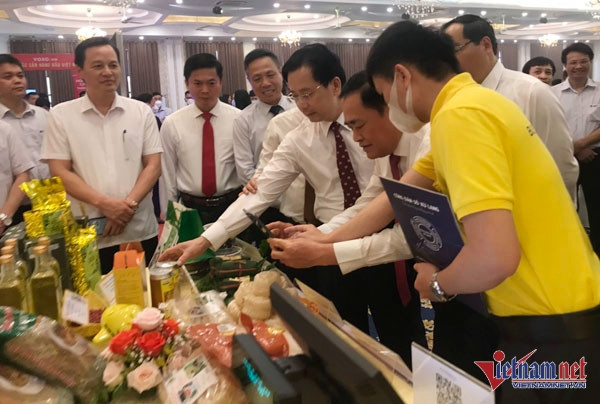 What do people need to do to ensure the safety of their electronic identity accounts?