Perhaps there has never been a time when psychological issues in children have received more attention than now. In particular, on social networking forums, comparison stories between past and present parenting methods are also actively discussed.

For example: Being taught by words and spanking, why did so few children have psychological problems in the past?

People born in the 8x period are considered the childhood generation without internet. At that time, the country was still poor, the family had many children, and the people’s thinking was not civilized, so the so-called “parents talking to their children” seemed to be a very rare thing.

At that time, my house did not have an alarm clock, nor a smartphone, only the sound of my mother calling, the sound of my father scolding us with a spoon, pounding on the copper plate to wake us up. Sometimes, when we woke up, our parents had gone to the fields, so we hurriedly washed our faces and rushed to school to find out that the drum has sounded ever since.

Every time after school, the children that day didn’t have endless homework or extra classes, so they just put away their school bags and played together in groups of 5 or 3 together in the alley. 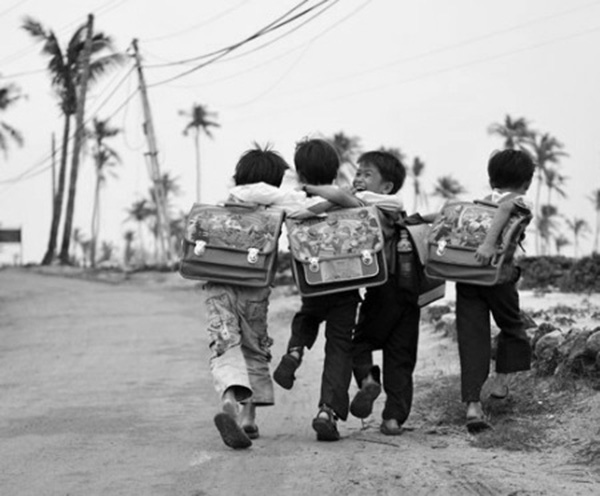 There were no expensive entertainment facilities or video games, Tik Tok,…so what did children play in those days? The answer is very simple, we play marbles, dice, spin, play mandarin squares, pass, play, jump, hopscotch, hopscotch, etc. simple folk games, but all children love it. prefer.

Perhaps anywhere, from the house to the yard, the village road, the alley, or in the fields, everywhere you can see children playing around, full of laughter. But sometimes there was even crying and whipping.

Children in the past were really “foolish” than today. Because they do not know what is dangerous and unhygienic, they sometimes receive enough beatings from their father. I remember one afternoon on a summer day, my friends and I sat down to mold the clay and put it in my father’s pot of fresh tea. After playing, we casually went out.

In the afternoon, my father was furious, with a whip in his hand, waiting at the gate, as soon as he saw me entering, he rushed to his ass. I cried, begged, ran around the house and rushed to hug my grandmother for help. As it turned out, when my parents and everyone came back from working in the fields, my father held the kettle, tilted his head back to take the monk so that all the soil went into his mouth.

Once again we chased a farmer running on the street, trying to hang on to climb up. But as a result, I fell, bleeding from the head, and had to have 10 stitches on my forehead.

When I heard that my son was injured, everyone took him to the infirmary, my mother cried and rushed to visit, my father calmly said: ”It’s okay, baby”. At this point, I was sure my father would forgive my mischief, but it turned out that when I got home, I still received all 10 beatings to my ass. 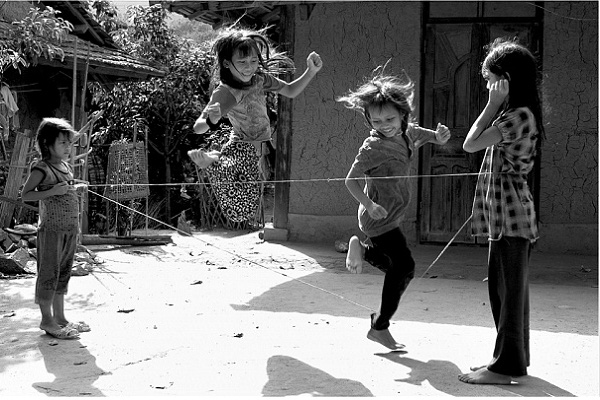 There were no phones, children in the old days were happy enough to jump rope

When I was growing up, I read a story somewhere: “My mother suffered from dysphagia because in the old days, her grandfather always scolded me while eating.” I realized one thing, when did children have psychological problems? It’s just that I don’t know, but, I’m sure, it’s not as many as it is now.

Back to the problem, children have never been more depressed and suicidal than now. And the reason people give the most is: Parents do not care enough about their children.

One thing is always true, parents are always busy. Parents in the past were busy planting rice, planting corn, fishing, poverty and hunger always followed them, no time to talk to their children. Maybe, only during meals or on New Year’s Day, parents can sit down and ask their children a few things.

But we still see a lot of people who have grown up from those generations, they have become parents who are responsible for their families, filial to their grandparents and always caring for others.

Today, spanking is still available, but parents are more “afraid” of their children, respect personal opinions, do not dare to impose, even children “arguing” have to hold back because they are afraid they will think about it.

The children in the past, although they did not talk to their parents every day, were able to live a very “real” life, very different from the increasingly “virtual” world of today’s young people. They bury their heads in school every day, pressured by achievement pressure on their shoulders; Obsessed with Facebook like buttons; Learn how many bad clips challenge each other to commit suicide online. 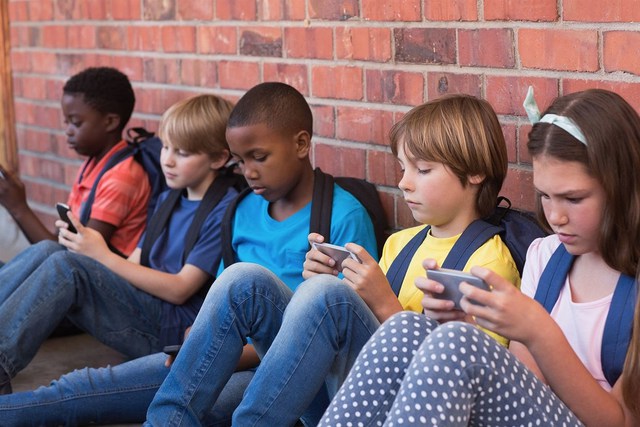 Children today always have a virtual world of their own

From the age of 1, parents coax their children to eat with their phones, when they grow up a little, each child in the house can buy a separate Ipad, the children in the neighborhood do not want to go out because they have the whole world inside the phone. smart phone.

I have witnessed 5 grandchildren go back to their hometown to spend the summer with their grandparents, except when eating, the rest are always 5 boys each in a corner playing video games. When their parents spoke to them to remind them, they just nodded, “yes”, while their eyes were still glued to the screen.

Even the normal life skills, housework, survival skills and problem solving skills, many families now rely on only extracurricular classes, summer camps or military semesters. ..Those are good, but how can they compare with the extremely vivid and poignant situations of real life?

Therefore, children today are mostly “excessive” of many things but lack the “real” life itself, and the “virtual” exists too much.

You are reading the article Being taught by words and spanking, why did so few children have psychological problems in the past?
at Blogtuan.info – Source: Soha.vn – Read the original article here
Tags
educate
May 24, 2022
Share
Facebook Twitter LinkedIn Tumblr Reddit VKontakte Odnoklassniki Pocket Skype Messenger Messenger WhatsApp Telegram Viber Line A group of people went to an abandoned private mine to search, and suddenly dug up a stone block worth more than 1 billion dong 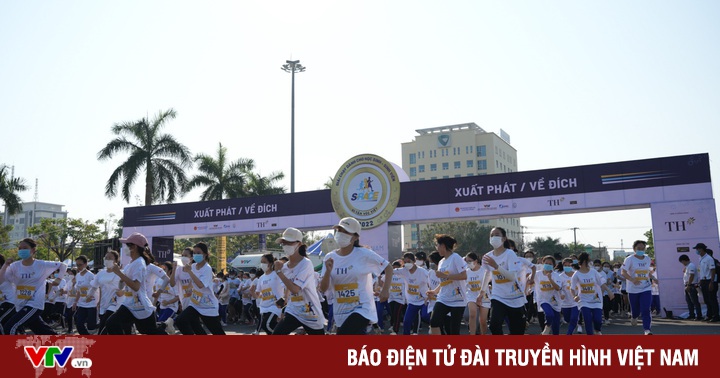 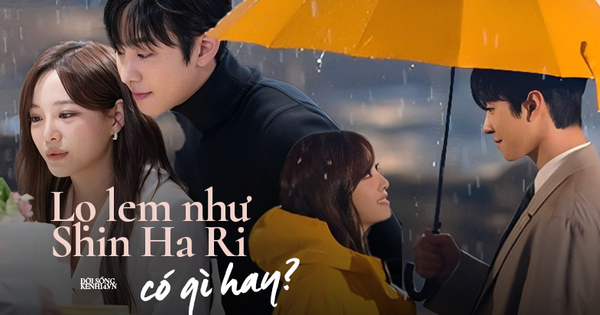 Cinderella Shin Ha Ri has broken down the talent thanks to these 4 qualities, not just beauty is enough!