At 4 a.m., a number of Russians began lining up outside the building, in the freezing cold of winter, hours before the historic opening. When the door was opened, hundreds of people poured in and enjoyed their first taste of the strange dish from the West: Big Mac.

It was January 1990, McDonald’s officially opened its first branch in the former Soviet Union, becoming one of the few Western companies to break through the Iron Wall.

At the time, the Russians were starving, literally, as the stores regularly ran out of food. A meal at McDonald’s costs half a day’s average salary, but it’s different. However, the novelty of Western food still attracts large numbers of Russians.

Just a few hours, McDonald’s had to stop serving due to overload. On the opening day alone, the branches of the fast food chain served about 30,000 customers – a record for the iconic US chain. 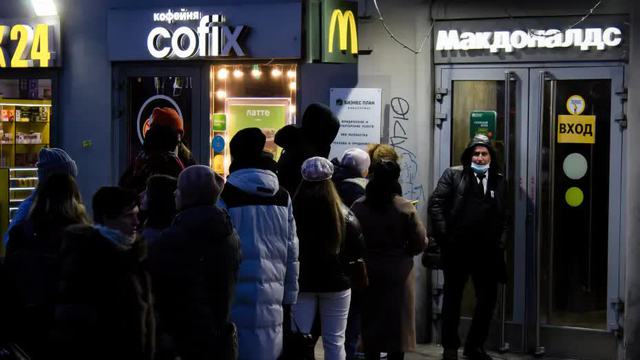 Russians lined up to buy food for the last time before the brand officially closed.

It has been 32 years since then, the appearance of Western brands has become all too common in Russia. However, after the deployment of military operations in Ukraine, Russia sparked a wave of exiting the market of many foreign companies and brands, including McDonald’s.

In early March, McDonald’s announced the closure of more than 800 restaurants before deciding to completely withdraw from the Russian market this week. Like the first time, people saw long lines of Russians outside the premises but came to buy what was left.

“This event is very symbolic. The appearance of McDonald’s in the Soviet Union was an implicit signal that the country was open for business at that time. However, the company’s departure from Russia at this time was also a signal. shows that businesses do not want to participate anymore,” said Bakhti Nishanov, an expert at Eurasia.

“I first read about McDonald’s in Russia in a youth magazine called Yunniy Tehnik,” Nishanov recalls. “I was completely hypnotized and captivated by the article and the idea that for a relatively modest amount of money could be part of the American culture that McDonald’s is a tangible representation of.”

He added: “For a generation of Russians, McDonald’s – more commonly known as MakDak – is a fascinating phenomenon. Clearly connected to American culture, but still a part of everyday life and in a way, less foreign or alien than many other brands.”

Economically, the departure of McDonald’s has left 62,000 employees unemployed across Russia. With hundreds of foreign companies already leaving the country, the number of unemployed workers could be in the hundreds of thousands. The burger chain is now moving to liquidate its Russian business, which includes some 847 restaurants.

“The humanitarian crisis in Ukraine and the impending unpredictable operating environment led McDonald’s to conclude that continued ownership of the business in Russia is not sustainable, nor is it consistent with its values. company,” McDonald’s announced. 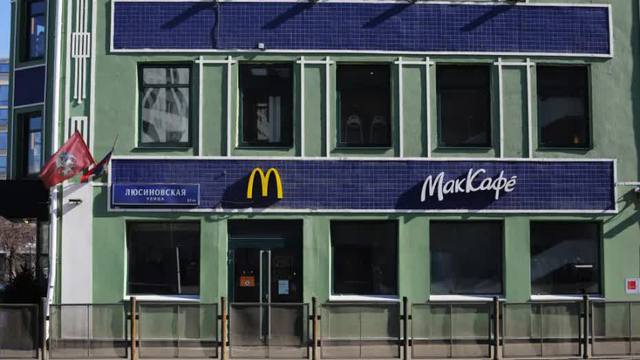 Chris Kempczinski – CEO of the company – said that this was a difficult decision, and at the same time expressed pride for all employees working in Russia. To compensate, McDonald’s will continue to pay salaries until the sale of the business is completed.

McDonald’s estimates that the withdrawal from the Russian market will cost $1.2-1.4 billion. The closure of restaurants in the first few weeks had a significant impact on revenue, costing $127 million last quarter.

In addition to Russia, McDonald’s also owns 108 restaurants in Ukraine. The combined operations in both countries account for about 9% of the company’s revenue in 2021. McDonald’s has 39,000 restaurants in more than 100 countries. This business has invested billions of dollars in business in Russia since January 1990.

Politically, the appearance of McDonald’s brought Americans’ consumption habits into Russia in the midst of the Cold War. Some of the other brands to fill this role include Pepsi (appearing in 1972) and Marlboro (appearing in 1976).

“American consumption was an important soft-diplomacy front in the war… The Soviets’ familiarization with American material standards was another area of ​​battle,” Starks said. A few other brands had taken on this role in the Soviet Union before McDonald’s did, Pepsi in 1972 and Marlboro in 1976.

However, unlike Pepsi or Marlboro, McDonald’s is a completely foreign experience for Russians. The novelty in service and stable quality products is a culture shock. 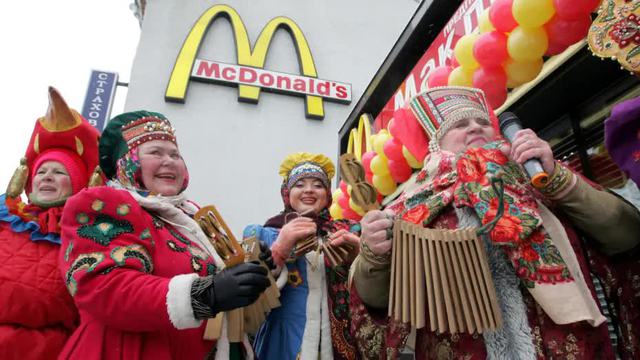 Russian musicians in traditional costumes perform in front of the then busiest McDonald’s restaurant in Pushkin Square during the 15th anniversary of the opening of the first restaurant in Russia on January 31, 2005.

“When you’re done with your meal, an employee comes and empties it in the trash. So the store in Pushkin Square is kept clean despite having to handle thousands of people every day. Service is a product. McDonald’s by-product,” Starks said.

This was a culture shock to the people of the Soviet Union, many of whom expressed confusion when the staff would smile at them. “When I laugh, people ask what’s wrong, they think I’m laughing at them,” a Russian employee on the opening day of McDonald’s in 1990 told a reporter.

The Russian people thank the sanctions

Not all Russians regret McDonald’s leaving, though. Many people even thanked the sanctions when stopping many big brands such as Coca Cola, KFC, McDonald’s,… 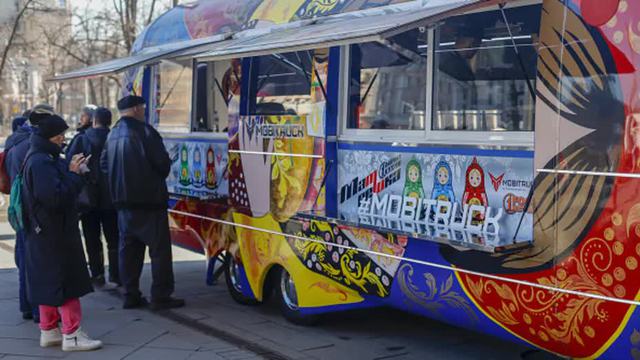 A mobile fast food cart is seen in Moscow, Russia, as people buy alternative fast food after McDonald’s closed about 850 restaurants around the country

Many even encourage the replacement of Western chains with domestic products. Some have also pushed for a general abandonment of American food in favor of local dishes, as much of the country rejects Western symbols out of patriotism.


According to Khanh Vy

Poor households are given super cars

Years of helping Amazon to make a spectacular loss, defeating both Google and Microsoft even as a retailer 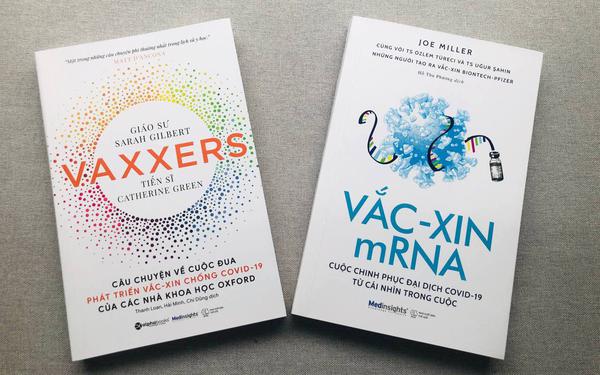 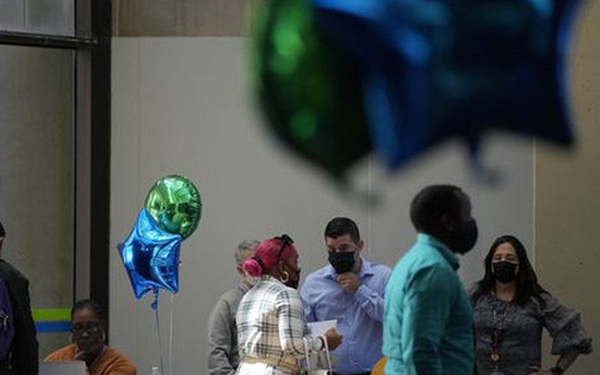 Even retired people have to pull together to find work 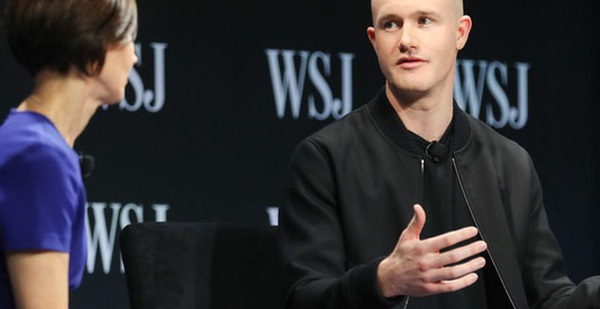 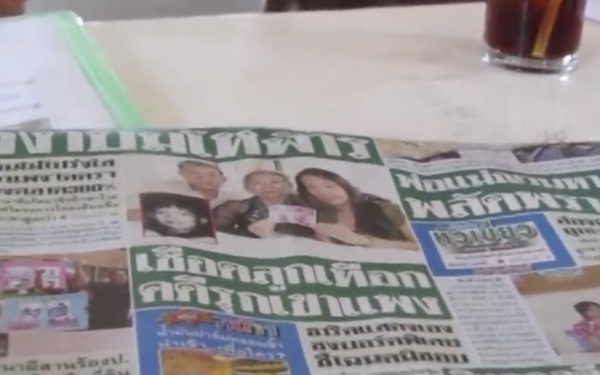