In the Three Kingdoms, although extremely chaotic, this is also considered the blooming period of many heroes and heroes. During this period there were many famous generals. Many of them are key figures of the three most powerful political groups of the Three Kingdoms, namely Cao Wei, Shu Han and Dong Wu.

The top strong generals can be mentioned as “The Five Tiger Generals” of Shu Han, “The Five Dead Generals” of Cao Wei. In times of turmoil, for a martial artist, it is not a pity to die on the battlefield. Instead, it is the loss of life due to unfortunate accidents.

So, in the Three Kingdoms, which martial arts generals had to leave full of regret in the above circumstances?

Here are 5 strong generals who lost their lives and left many regrets in the Three Kingdoms.

Truong Cap was a famous strong general of the Cao Wei Dynasty, considered a wise man who was perfect and skillful in improvising when he was in charge, causing Liu Bei to also abstain from fear. He is one of the five talented generals of Cao Wei’s “Five Tigers and Generals”. The “Five Tigers and Generals” include Truong Lieu, Nhac Tien, Vu Cam, Truong Cap and Tu Hoang.

Initially, Zhang He was Yuan Shao’s subordinate in Hebei. After Yuan Shao’s defeat at the Battle of Guandu, Zhang He surrendered to Cao Cao. With his military talent in combat, Truong Cap achieved many victories when he led troops to surround the Xiongnu, defeated Ma Sieu – Han Toai in Vi Nam …

During the battle at Dingjun Mountain, when Xiahou Yuan was killed, Zhang Cap quickly replaced the position of commander in an emergency to command and lead Cao’s army to a safe retreat. After Cao Cao’s death, Cao Phi ascended the throne, Truong Cap was appointed General of the Left Army, the title of Do Huong Hau, then Mao Hou…

However, it is a pity that a talented, brave yet perfect, skillful in combat like Truong Cap died under the conspiracy of Sima Y. This is indeed a pity.

Truong Phi is one of the strongest martial arts generals of the Shu Han Dynasty of the Three Kingdoms period. Along with Quan Vu, Trieu Van, Ma Sieu and Hoang Trung, Truong Phi is classified as one of the “Five Tiger Generals” of Shu Han. Not only has the strength of thousands of people, but Truong Phi also has a talent for writing beautiful letters and a knack for drawing beautiful pictures.

In his illustrious life, Truong Phi single-handedly blocked Cao’s army on Truong Ban Bridge in 208, spared Nghiem Nhan, and defeated Truong Cap. Truong Phi’s reputation is well known. He is also one of the few brave generals that Cao Cao desires. After Liu Bei was proclaimed emperor, Zhang Fei was made the captain of the chariot general and Tu Le captain, and became one of the most powerful generals in the army of Shu Han.

Due to grief over Quan Vu’s death, Truong Phi borrowed alcohol to relieve his sadness and in a drunken state beat his subordinates. That’s why he was murdered in the middle of the night.

Unfortunately, despite being very brave on the battlefield, Truong Phi eventually lost his life because he was killed by two underlings under his command. This is really a great loss for Shu Han.

Chu Du (175 – 210) was a famous general and founder of the state of Dong Ngo during the Three Kingdoms period. According to historical records, Chu Du was tall, strong, handsome and especially very knowledgeable about music.

In the official history, Chu Du is described as a man of literature and martial arts, not a narrow-minded person like in the Three Kingdoms. Chu Du’s name was famous throughout the Three Kingdoms thanks to the great victory in the battle of Xich Bich of the Ton – Luu alliance against Cao Cao’s faction.

While rushing to prepare for the war, Chu Du suddenly fell seriously ill in Ba Khau and died in 210, just two years after his victory at the Battle of Xich Bich. Chu Du’s early death was a big loss for Sun Quan’s group.

After the sudden death of Guan Yu, Zhang Fei and the departure of Ma Chao, Hoang Trung, and Wei Yan became one of the key generals of Shu Han. In the end, Wei Yan was accused of treason and was killed by Ma Dai. Moreover, Wei Yan’s family was also destroyed by the three clans.

According to historians, acting against Wei Dien’s orders is reprehensible, but accusing him of treason is unjust, especially the punishment of three tribes is outrageous. Losing Wei Yan, the Shu Han government also lost one of the most effective hands at that time.

Dien Vi is considered one of the most famous householder generals in the Three Kingdoms. He is considered the most prominent general in the period when Cao Cao built his power. Dien Vi is a very loyal general who always follows and protects Cao Cao.

Although there were almost no achievements in battle command, Dien Vi was considered by his contemporaries to be one of the three strongest martial arts generals in the Three Kingdoms, after Lu Bo and Trieu Van.

In 197, during the battle of Uyen Thanh, just because Cao Cao wanted Chau Thi, who was Truong Te’s wife, Truong Tu’s aunt to be his concubine, Truong Tu decided to rebel.

Truong Tu attacked in the middle of the night, making Cao’s army unable to turn back. Dien Vi then risked his life to block the enemy’s door so that Cao Cao could escape. Dien Vi herself later had to die because of too many injuries. Dien Vi lost her life regretfully because of Cao Cao’s temporary desires.

After hearing the news of Dien Vi’s death, Cao Cao mourned the loyal general. In the battle of Uyen Thanh, Cao Cao not only lost an eldest son, a grandson, but also lost Dien Vi, a brave and loyal general.

Male student arrested for stealing money from his father's account 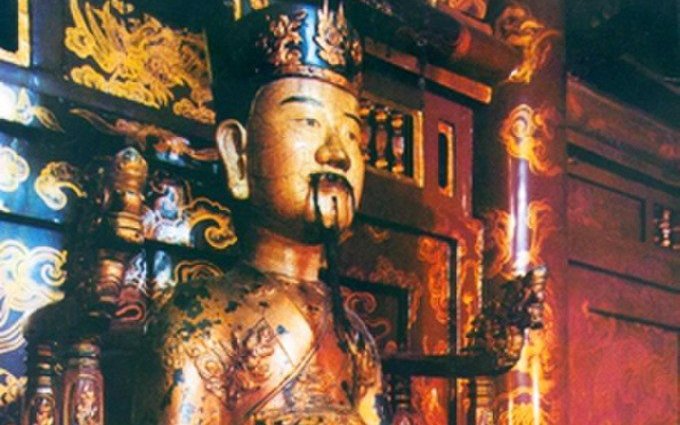 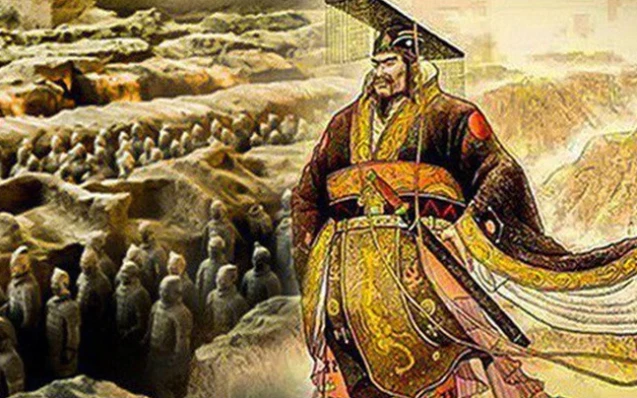 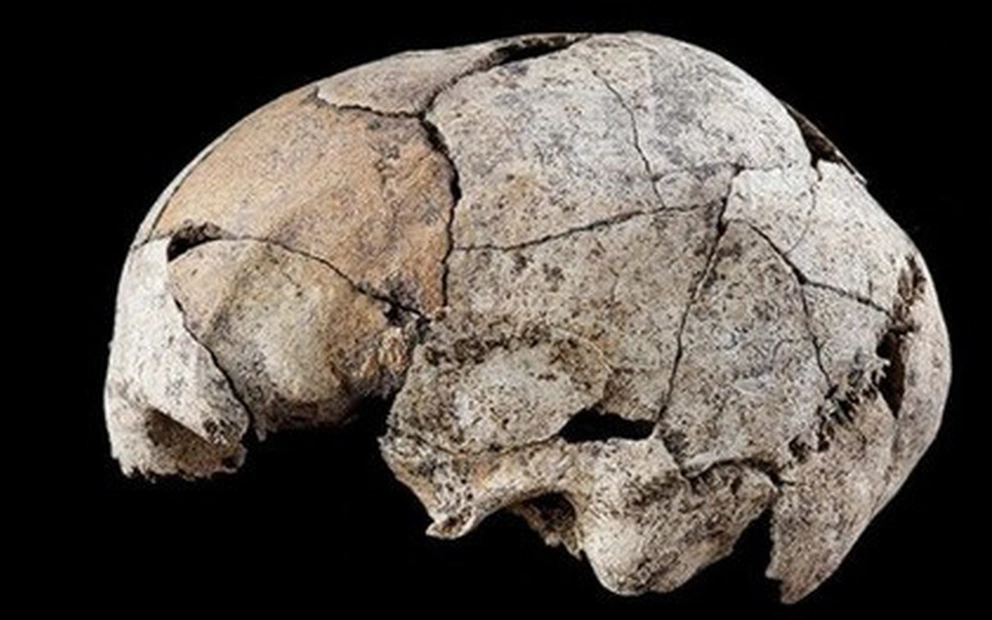 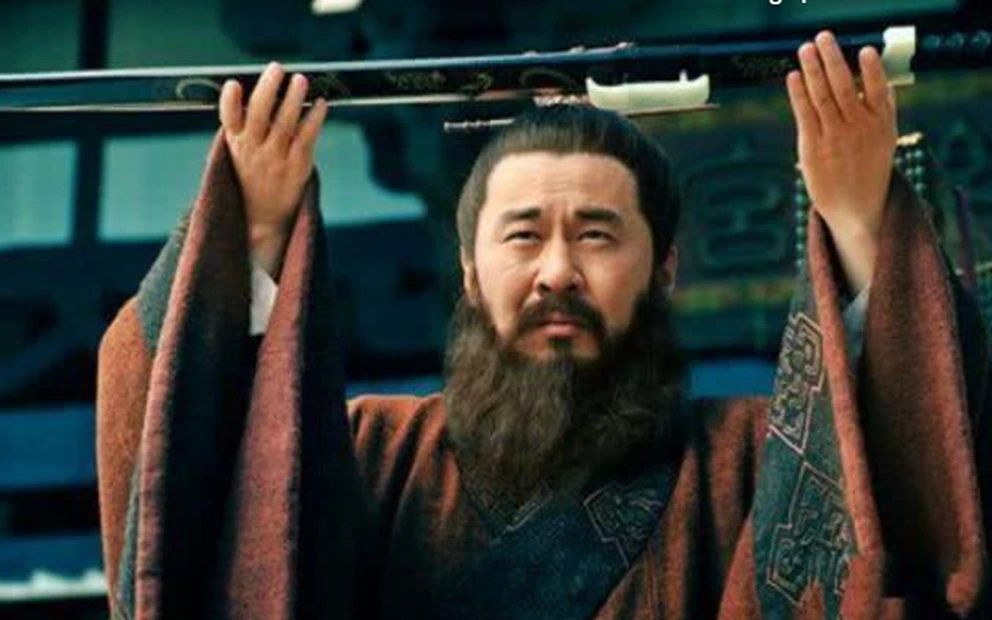 All his life, why is Cao Cao determined not to be emperor?