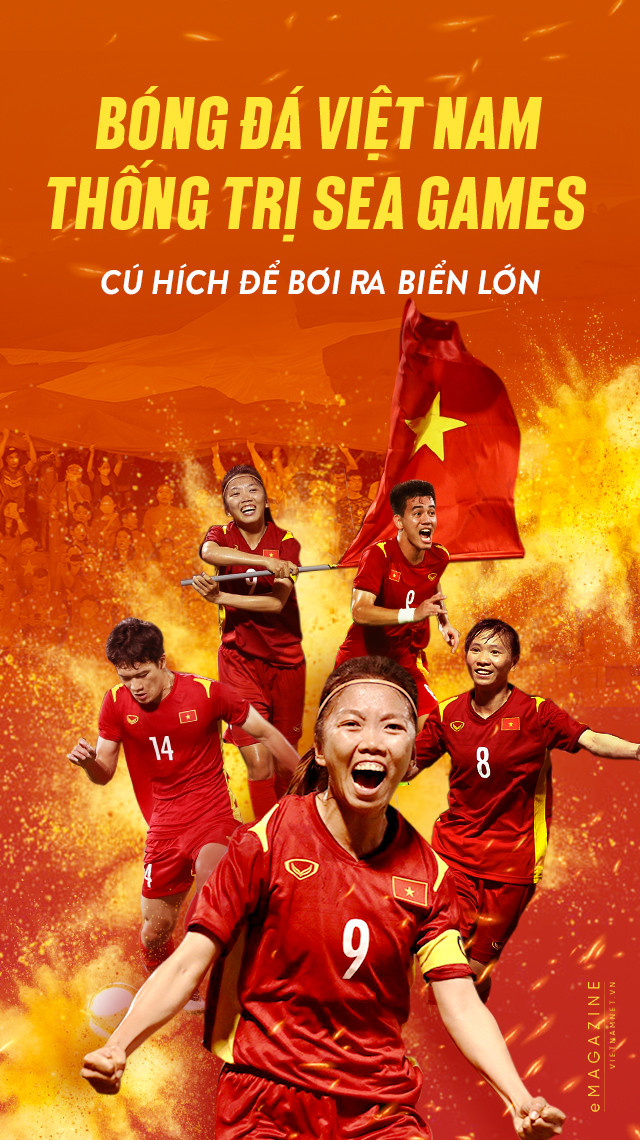 The 31st SEA Games held at home after 19 years is the convergence of the times, the terrain and the harmony of the Vietnamese sports delegation in general and the men’s and women’s soccer on the field in particular.

Although men’s football has quenched the “thirst for gold” 3 years ago in the Philippines, women’s football has won the throne 6 times, but both U23 Vietnam and the Vietnamese women’s team still entered the Games with desire and determination. tallest.

Coach Park Hang Seo’s team started with a jubilant victory over U23 Indonesia in what is considered the “final” of Group A. In turn, Tien Linh, Hung Dung and Van Xuan shine together to help the home team win dream start at SEA Games 31.

Difficulty for U23 Vietnam When confronting the Philippines, actively play death and block all attacks of the red shirt team. Because of that, the defending champion was powerless in the “water battle” on Viet Tri and Phu Tho yards. 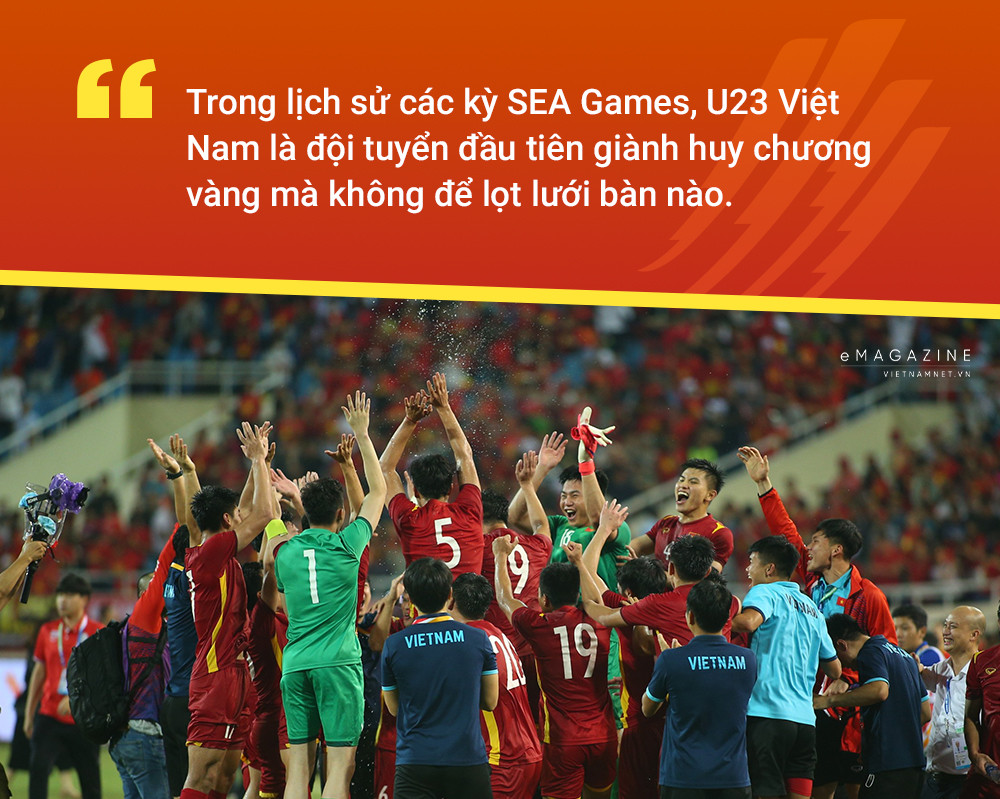 In a situation where he had to win when he faced U23 Myanmar, conductor Hung Dung with a very sweet chopping phase in the 76th minute opened the door to the semi-finals for “golden star warriors”. 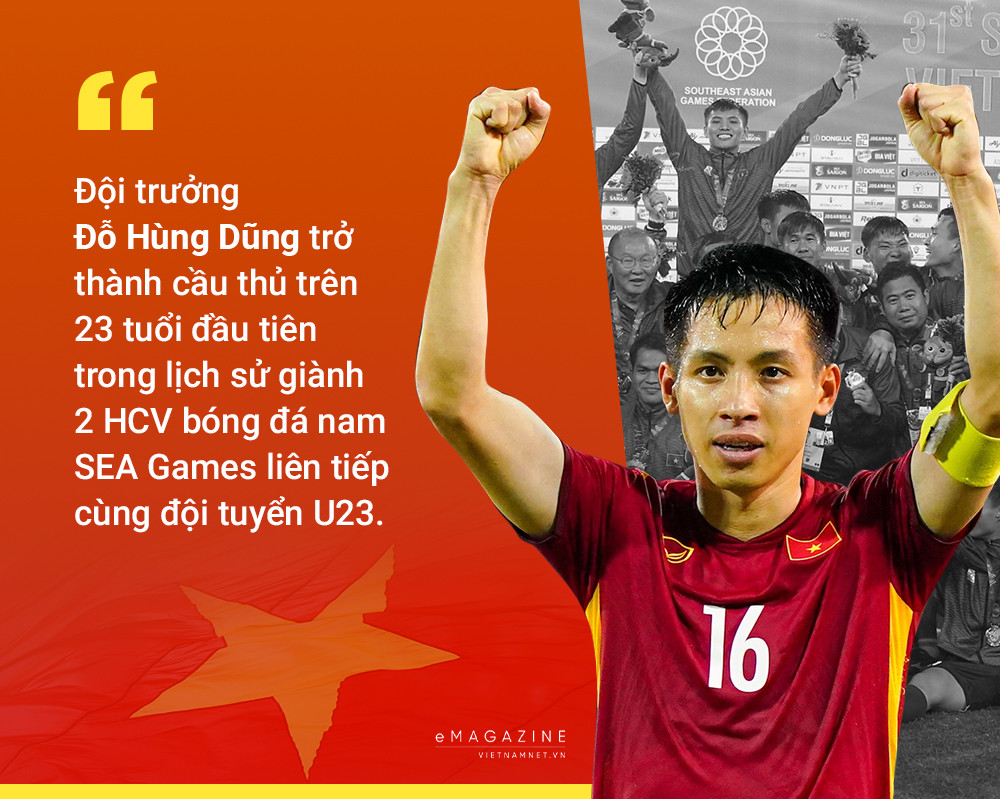 Before U23 Timor Leste was considered “pave the way”, Mr. Park kept 3 strategic cards Hung Dung, Hoang Duc and Tien Linh on the bench. And it took a lot of hard work for U23 Vietnam to defeat their opponents when Van Tung and Thanh Minh shone in the second half, thereby keeping the top of the group to play Malaysia in the round for the four strongest teams in the tournament.

On the way to glory, U23 Vietnam has one more time to compete with difficult opponent Malaysia in the semi-finals. The competition was overwhelming, but the red shirt boys still needed two extra periods to get the final ticket, thanks to the air battle phase of the main striker Tien Linh in the 111th minute. 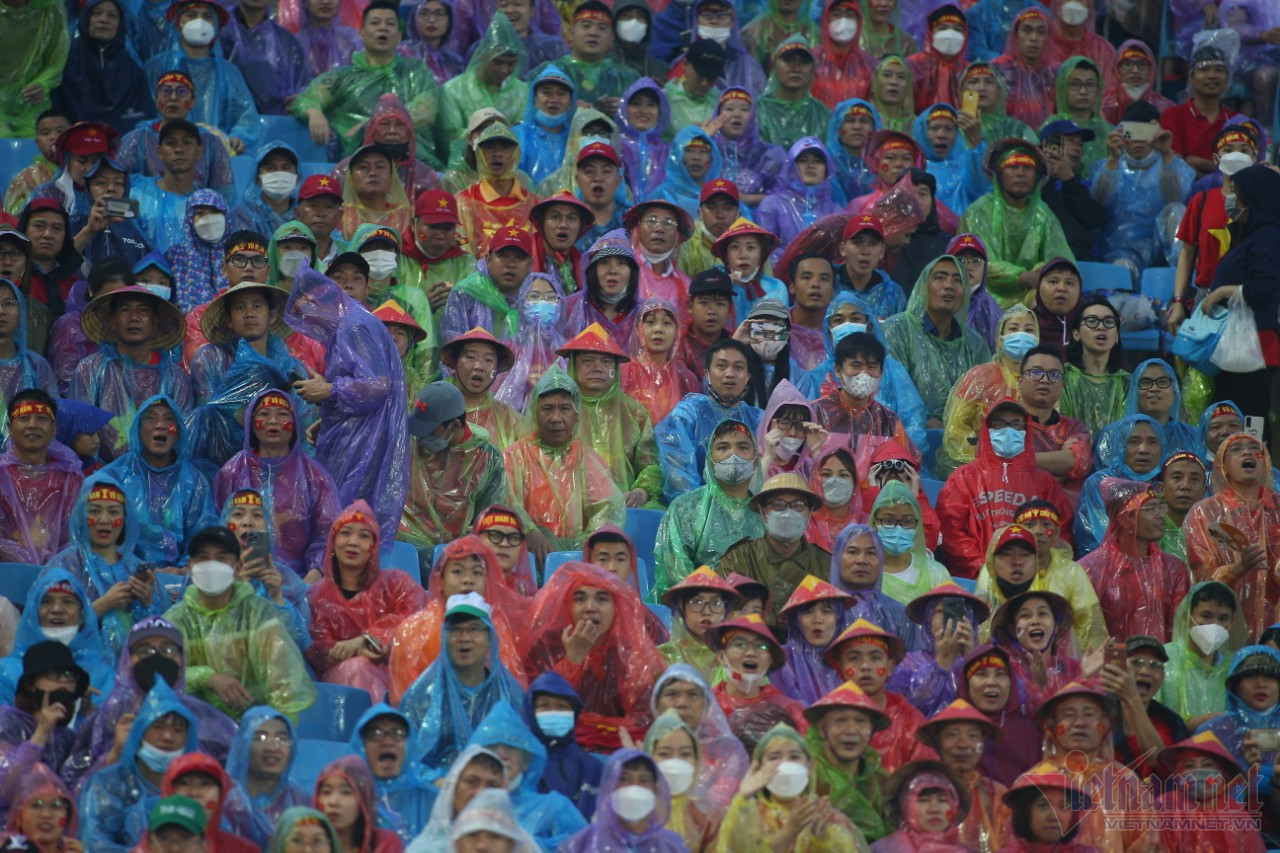 The image of Vietnamese fans wearing rain to fuel the fire of their beloved football team is a significant source of strength for the “Golden Star Warriors” to step into glory.

The real waves for Coach Park Hang Seo and his students only really came to the final at My Dinh on the evening of May 22 with a predestined opponent, U23 Thailand.

In fact, the team from the land of the Golden Temple played well. There were many times when they completely controlled the midfield, while constantly putting pressure on Van Toan’s goal.

The reward for the patience of U23 Vietnam was a golden goal in the 83rd minute with Nham Manh Dung’s excellent shake of the head. It was the result of the very careful calculation of Mr. Park in the tough battle and a lot of pressure from the “War Elephants”. 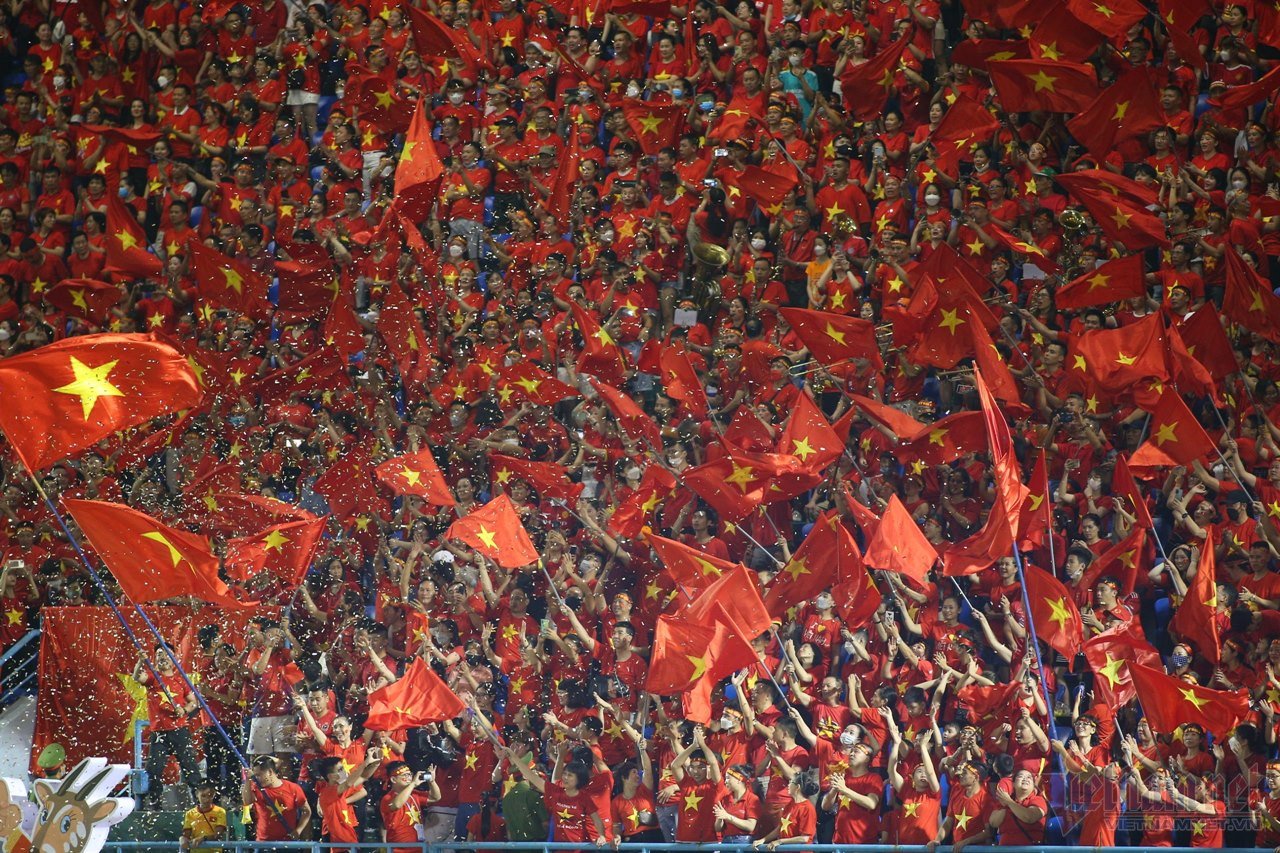 My Dinh seemed to “explode” after Nham Manh Dung’s Thai “killing” header, fans across the country had another sleepless night, red flags with yellow stars were flying from North to South.

Three years ago, coach Park Hang Seo and his team won the SEA Games gold medal for the first time after 60 years of waiting. Until this year, U23 Vietnam excellently crowned at home.

Mr. Park and his associates helped Vietnam U23 complete the dual task of successfully defending the men’s football gold medal, at the same time completely erasing and losing to Thailand in the tournament. sea ​​Games for the past 31 years. 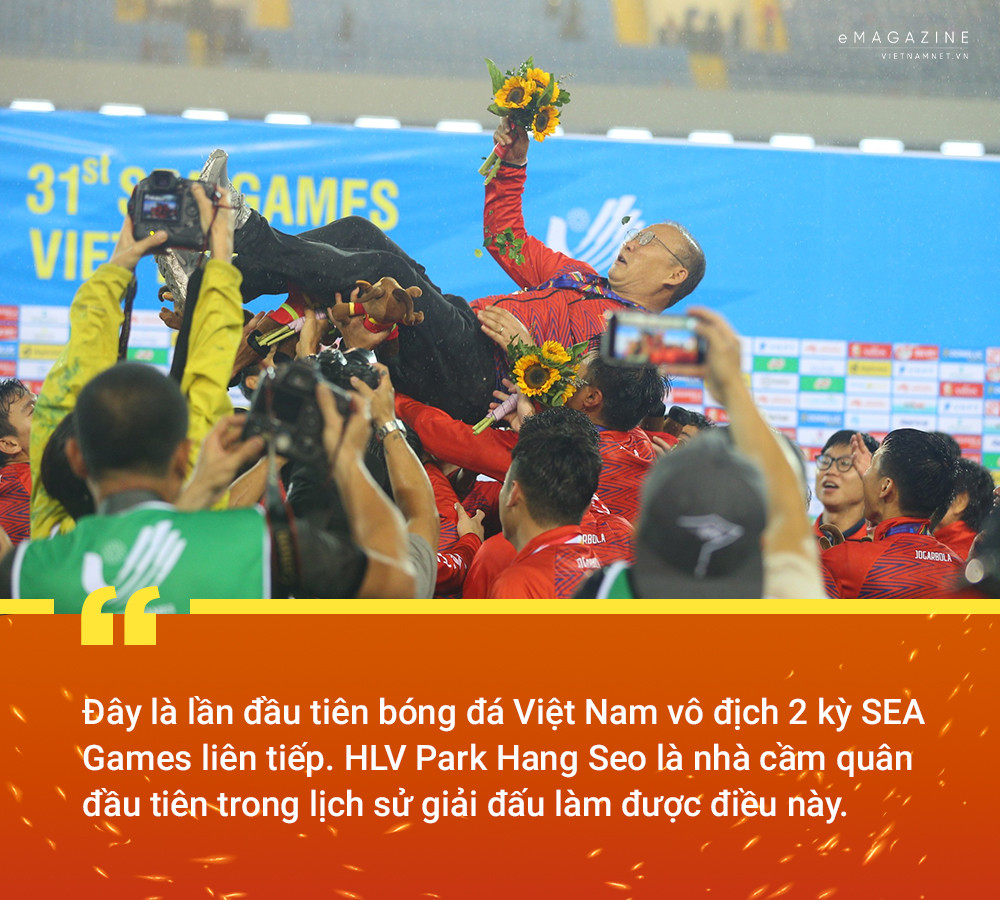 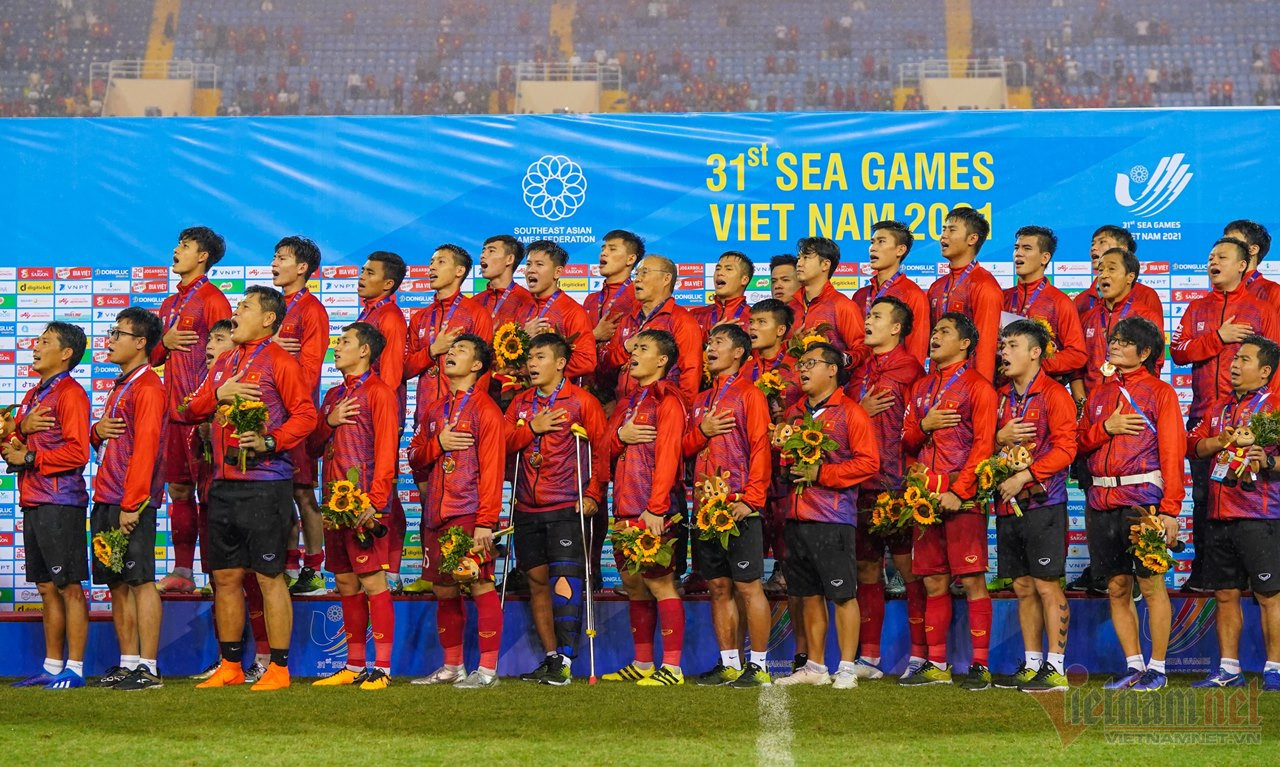 Certainly, the most emotional moment after the 31st SEA Games final was when Coach Park Hang Seo and his students sang the National Anthem on the winning podium.

The 31st SEA Games championship also marked the beautiful farewell of Coach Park Hang Seo with U23 Vietnam. After this tournament, he only focused on his work in the national team.

Park’s successor to lead U23 Vietnam is coach Gong Oh-kyun, with the first tournament being the 2022 AFC U23 Championship, which will take place in early June, in Uzbekistan.

Compared to their male colleagues, the journey of the girls of the Vietnamese women’s football team is less thorny. However, the difficulties that coach Mai Duc Chung and his students have to face at the SEA Games at home are not small.

In addition to two familiar rivals, Myanmar and Thailand, Vietnamese women now have an additional challenge from Filipino girls, with most of the players born and trained in football abroad (mainly the US, the US). Canada and Australia). 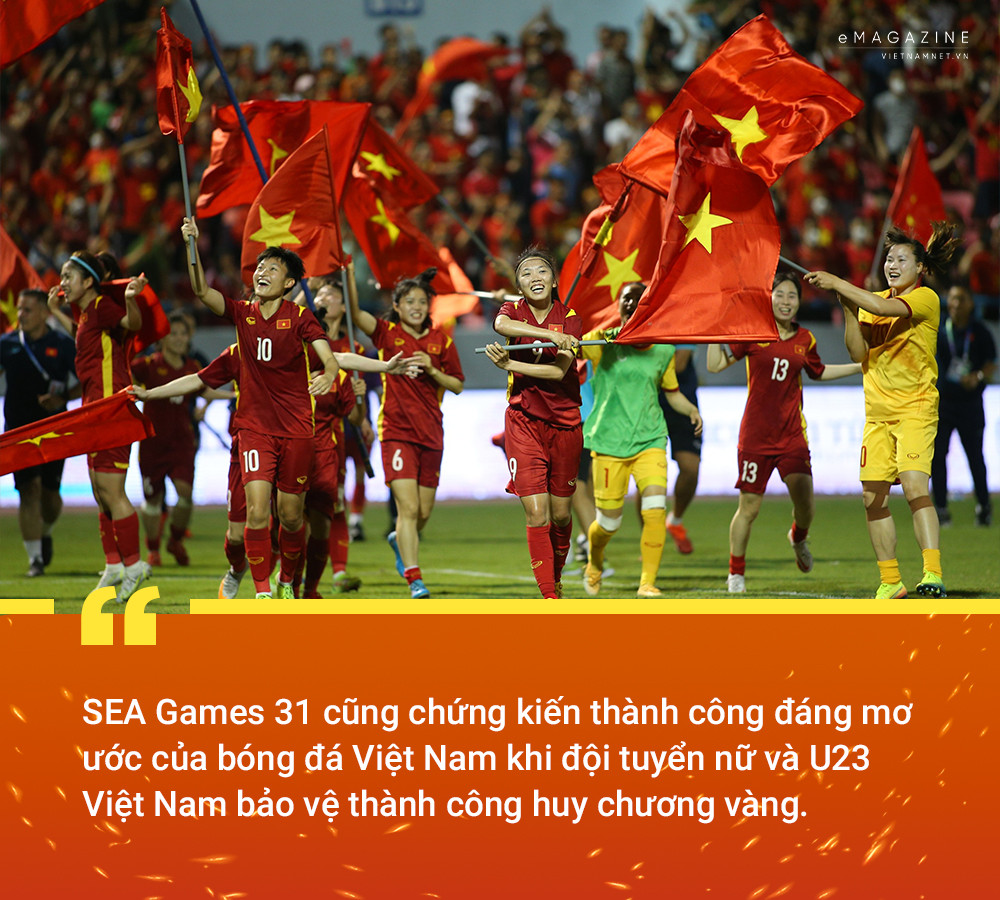 No wonder the defending champion team had to work very hard to beat this opponent thanks to the brilliance of Tuyet Dung and Thuy Trang in the opening match.

Overcoming Cambodia’s women with 7 unresolved goals is a rehearsal for the “golden star warriors” to have the best preparation for the semi-final with Myanmar. The high-class header of captain Huynh Nhu brought the home team into the final against the great rival Thailand.

Once again the bravery of the girls in red was tested, and then class spoke up when Huynh Nhu lit up with the only goal. The decisive punch of the captain of the Vietnamese women’s team extinguished the dream of reclaiming the Thai women’s regional football title.

It is the achievements of the “diamond girls” that are the driving force, the mental doping dose for the red shirt boys to be more determined to keep the prestigious gold medal in Vietnam. 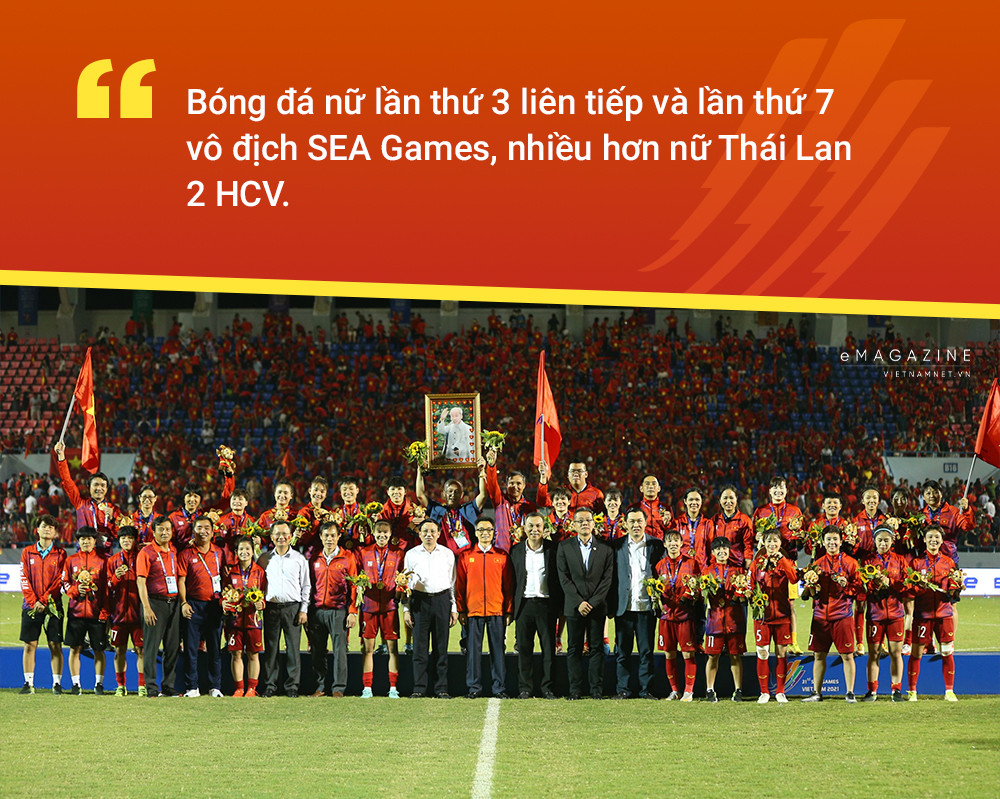 Winning the gold medal for the third time in a row and also the seventh time in history is an affirmation of the strength and reach of Vietnamese women’s football.

This is the driving force, the initial preparation step for the long-term campaign towards the 2023 World Cup, the arena that for the first time in the history of Vietnamese women’s football won the right to participate.

The two victories of men’s and women’s football contributed to the Vietnamese sports delegation’s record of 205 gold, 125 gold, and 116 bronze, and also contributed to the overall success of the 31st Southeast Asian Games. I can only say so proud!

Tourism can't stay with the scene of 'sharpening knives all year, slashing customers for a few days' Mr. Park still has to complete many stages for U.23 Vietnam