Some students spend years preparing to apply to foreign universities. However, two years into the pandemic, they are wondering, is it worth it?

Nanjing, a city 300 kilometers from Shanghai, was only mildly affected by the recent Omicron outbreak. Schools have returned to face-to-face operations since April 7.

Two years ago, when the pandemic started in Hubei, Nan Zhaojin was studying an international program at a local school to prepare to study abroad. But the outbreak of Covid-19 around the world made Nan’s family want her to think again.

It was a difficult decision. At the age of 15, Nan wanted to study abroad. Gaokao (high exam) is one of the fiercest and most competitive exams in the world. Chinese students usually have to spend six days a week for three years “sharpening history” for this exam.

Meanwhile, Nan’s international program is taught mostly in English and targets the US college admissions process. Therefore, Nan has little advantage. Changing direction means Nan has to start over.

Despite the cost, two classmates Nan abandoned the international program, accepting to start over at public high schools. A friend told Nan that he lost confidence in studying abroad.

Many Chinese students have had to cancel their study abroad plans since the beginning of the pandemic, due to concerns about Covid-19, difficulty returning home, fear of crime and discrimination against Asians abroad.

Journal Fortune said that the number of applications of Chinese students to US universities in 2022 has decreased by 18% compared to 2021. A report by the US Student and Exchange Program in April showed that there were 348,992 students studying in the US. Chinese births in the US last year, 33,569 fewer than in 2020.

China has not reported the total number of overseas students since the start of the pandemic. According to the report “Guide to Study Abroad 2022” issued by the Ministry of Education of China, students apply for programs in many countries and prepare for distance learning. The guide also points to issues such as international politics and visa policy as factors that influence their choices.

A counselor in Nanjing said that many students are rethinking their plans to study abroad, in part because of the tense relationship between China and the US. “This is a trend we’re seeing, especially among students who are about to graduate this year and next,” said Zhong Jue, now working for a study abroad consulting firm in Nanjing.

Zhong gives the example of a prestigious high school in Nanjing that had an annual overseas student population of about 220 before the pandemic. But the center is having 200 this year and just 145 next year.

If she returns to the high school track, Nan can still apply to go abroad; but if I stay in the international program, I can’t take the gaokao. Students who are following this Chinese curriculum can also apply to universities abroad if they prepare for the required exams and records.

At that time, Nan seriously reconsidered her study abroad plan.

But friends told Nan to be cautious, unless the pressures of taking two paths were certain to be controlled: completing a three-year public school program for the matriculation exam and preparing for the exams. American exam in free time. Nan will also have to participate in extracurricular activities to make a good student profile.

Nan used to have a hard time preparing for the midterm exam, which was even more competitive than the high exam with a 50% failure rate. In the end, Nan decided to continue with his plan.

“I’ve been studying internationally for a whole semester and preparing for the TOEFL. I don’t want to start all over again for the examiner. It’s a completely different curriculum, demanding. three more years of difficult preparation,” Nan shared.

While her peers spend the day studying and doing countless assignments and tests, Nan finds herself learning a lot through the activity she takes to impress schools abroad. I was accepted to Washington University in St. Louis, and plans to enter in-person this fall.

Unlike Nan, many people changed their plans. Gong Zilu, a student in Nanjing, planned to study in the US before the pandemic but turned to universities in Hong Kong.

“My family wanted me close because of Covid-19 and wanted to be safe,” said Gong, now a senior in high school. “Whenever there’s a shooting, like what happened at the New York subway station recently or a Chinese student was murdered in Chicago, parents send the news and say they won’t be able to sleep if they don’t. I’m there”.

Gong has a number of friends who have been abroad since childhood. Some were stuck abroad for more than two years, returning home had to be quarantined for at least 14 days with a fee and spent seven days in isolation at home, not to mention the sky-high airfares.

“I can’t imagine not being home for so long. Hong Kong is much closer and I don’t have to deal with cultural differences,” explains Gong.

He Jiaying, a 12th grader at a public school in Nanjing, spent 2020 pondering whether to apply to schools abroad or focus on gaokao.

When he started grade 11 at school, He struggled between two options, after a semester of online classes. “I really was going to go abroad but then regretted it and thought about taking the gaokao. I wasn’t sure about myself, my strength and what I wanted to do,” He said.

Back at school, He noticed that his classmates had similar concerns. “Some of the top of the class, once planning to apply to an Ivy League school, seem less motivated than before,” He commented.

He’s classmates’ interest in studying abroad has waned since the beginning of the pandemic. “We seem to be less active, less sure. People see that the path we have chosen is not as good as we think, but we have no choice but to walk,” He shared.

He applied to many schools in the US and was accepted in December 2021. According to the female student, studying abroad is an opportunity to get out of your comfort zone and start exploring. “I will accumulate life skills and learn to take care of myself when my parents are not around,” He said.

He’s parents split into two camps: While his father supported studying abroad, his mother preferred her daughter to live in China, mainly because of concerns about the epidemic and security issues. The university where He was going was located in an area with a relatively high crime rate.

He plans to study psychology and brain science, and said making decisions is mainly due to the strength of the school’s program. In addition to the US, He also applied to schools in Canada and the UK.

Dane Christiansen, a Beijing-based overseas university advisor, says international classes are getting smaller at the school he works at.

In addition to Covid-19, Christiansen said that the top concern of Chinese parents is still safety. News of attacks on Asians in the US heightens long-standing anxiety about crime.

Previously, countries in North America and Europe were the most popular destinations for Chinese students, but now, the trend is changing.

Christianen has also observed this trend, saying that in the past, students decided quite early on whether to go to the UK, US or Canada, but now they are applying to Hong Kong and Singapore, and universities in the country.

Zhang Yuxuan, an 8th grader in Zhengzhou City, Henan Province, is the type of student who can easily get into a top American school. Yuxuan started learning English at the age of 4 and is now an active English debate contestant, having won several national tournaments.

Debating champions with excellent academic records and impressive foreign languages ​​are often seen as competitive candidates for a university abroad. But Zhang hopes to take the gaokao and enter Tsinghua University.

“My parents said it would be safer for me to attend a school in the country,” Zhang said.

The female student thinks that education abroad can be overestimated to some extent. “People judge based on their imagination and form ideas about schools abroad from the Internet. But when they go there, they may have a hard time adapting. Perhaps a local school. better for us,” explained Zhang.

While many 12th graders in China are still preparing for this year’s gaokao exam, which takes place in June (but postponed to July in Shanghai due to the pandemic), students who want to study abroad have accepted be invited and make your decision by May 1st.

Nan’s departure is less than three months away and her parents are busy preparing for their daughter. As the only child in the family, Nan feels uncomfortable when parents and relatives constantly have conversations before leaving.

“My major hasn’t been decided yet. I want to explore my passion through different courses and activities,” said Nan. “Life there can be very different from home. Although it may take some time before I adjust, I’m looking forward to experiencing some new cultures.”

Dawn (According to Sixth Tone)

Underground storm - Episode 65: The boss ordered to kill Son "octopus" when the shipment was finished 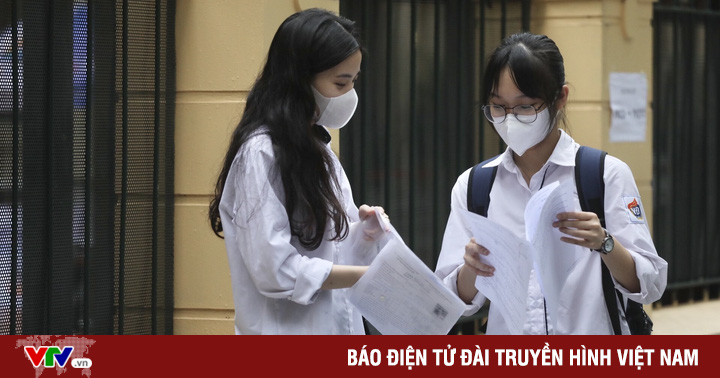 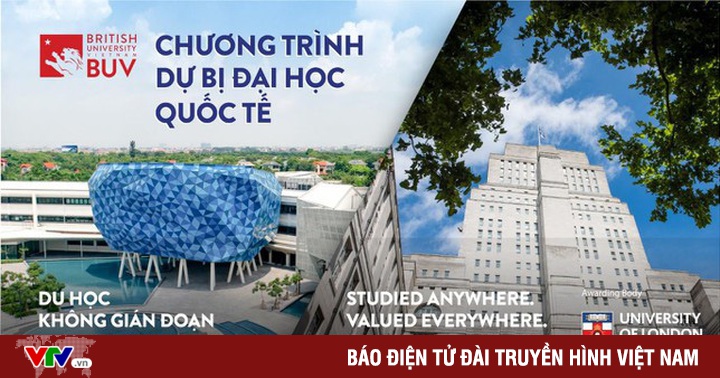 Study abroad without interruption at BUV 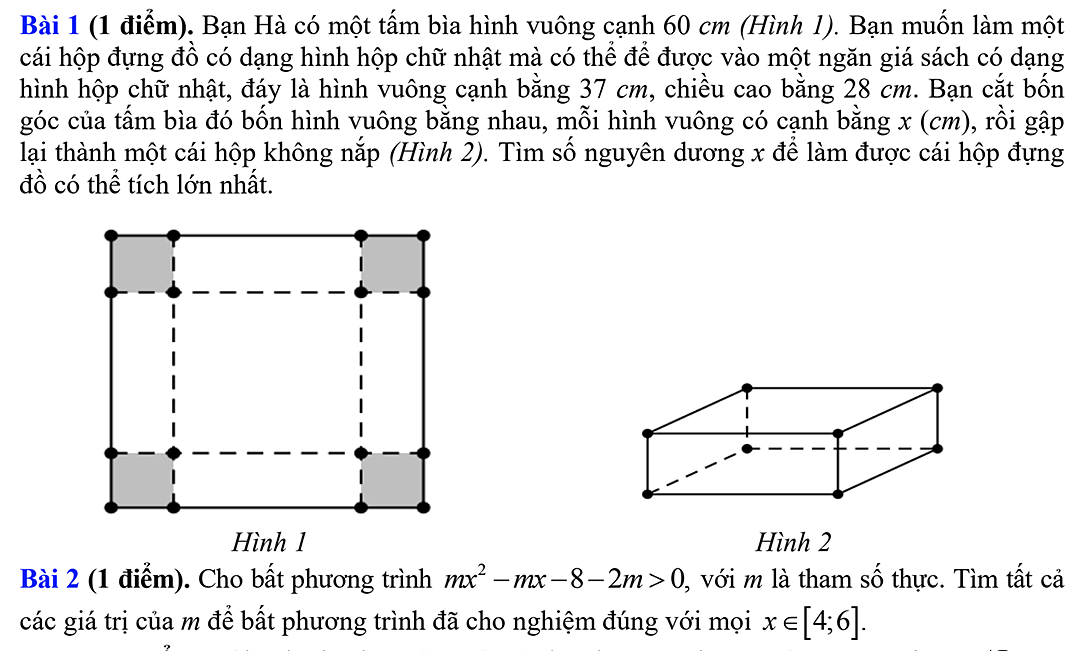 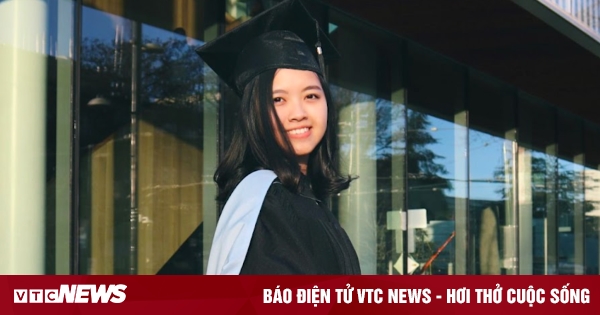 Having failed university, 9X Hanoi graduated with an excellent master’s degree in Canada