Finland and Sweden’s decision to join NATO will significantly change the European security environment, which is volatile because of the Russia-Ukraine conflict, according to experts.

NATO Deputy Secretary General Mircea Geoana on May 29 accused Moscow of canceling all elements of the founding law on NATO-Russia relations by opening a military operation in Ukraine and stopping dialogue with the alliance, and at the same time. declare The bloc has the right to deploy forces in Eastern Europe.

Analysts say this development shows how the security environment in Europe has changed since Russia launched a military operation in Ukraine, marked by its decision to apply for membership. NATO On May 18, Sweden and Finland officially abandoned the two countries’ long-term policy of no military alliance.

“This is the best decision for the country at the moment,” said Swedish Foreign Minister Ann Linde. Meanwhile, Finnish President Sauli Niinisto and Prime Minister Sanna Marin announced “a new era is opening”.

“It’s not just Finland and Sweden that are made safer by joining NATO, but also Europe,” said Kier Giles, a senior consultant at the Chatham House Russia and Eurasian Program. of England, tell VnExpress on the decision of the two Nordic countries.

“The experience of Estonia, Lithuania, Latvia, the three Baltic states that joined NATO in 2004 and are now the safest in centuries, shows that NATO is a guarantor of stability and security. While Ukraine and Georgia, which has not been acceded to, has faced many conflicts over the past two decades,” Giles added.

From the original 12 founding members in 1949, NATO has continuously expanded over the past 7 decades and has become the largest military alliance in the world with 30 members. If the applications of Sweden and Finland are approved, NATO will add to the ranks of two members with huge military capabilities, according to experts.

“Adding Finland and Sweden to NATO will change the European security map by adding more capabilities to the alliance,” said Dr. Ted Gover, foreign policy expert and director of the Governance Program. treatment for Native Americans at Claremont Graduate University in California, USA.

Army Finland has about 280,000 active soldiers and 900,000 reservists, is considered one of the largest armed forces in Europe per capita. In addition, Helsinki also possesses the leading artillery force in Europe, according to Dr. Gover.

In early April, the Finnish government increased defense spending by $2 billion, 70% more than the annual military budget. The decision to increase the budget may be to meet the target of spending 2% of GDP on defense that NATO sets for members. Helsinki’s defense budget for 2020 is more than 1.5% of GDP, according to the World Bank.

“Finland is a military superpower in the Nordic and Baltic regions. Conscription allows Finland to mobilize thousands of troops in just a few days. Finland also invests heavily in defense. In the past decades, the most recent is the purchase of 64 F-35 stealth fighters from the US,” said Matti Muukkonen, a law professor at the University of Eastern Finland.

Mr. Muukkonen added that Sweden has a much smaller standing force, but has top-notch military equipment. The army of this country has about 24,000 regular soldiers and nearly 32,000 reserve troops.

Sweden’s defense spending this year accounted for about 1.3% of GDP, up from 0.9% in 2015. The country’s military said in early April that Sweden’s defense budget could reach target 2. % GDP, in Reuters.

Sweden can build its own high-quality fighter jets and submarines. In addition, the navies of the two Nordic countries are also highly capable, which will help strengthen NATO’s ability to ensure the security of the Baltic Sea and the Arctic sea, according to observers.

Russia shares a land border of more than 1,200 km with 5 NATO members. Finland’s accession to the union means that this border will be nearly 1,300 km longer.

“The long border between Russia and Finland allows NATO to place bases, aircraft and other weapons systems closer to Russia. This forces Russia to increase its budget, forces and equipment to protect this part of the border. “, said Mr. Gover.

Observers believe that Finland’s accession to NATO will be a big blow to Moscow, because it shows an increasingly united and expanding alliance, contrary to Russia’s goal of “deterring NATO” when launching the campaign. military in Ukraine.

At the same time, NATO’s influence will also extend from Northern Europe to the Arctic, an area that is becoming increasingly important in geopolitics thanks to its natural resources, strategic location and multiple claimants. territories, including Russia, Finland and the United States.

However, experts also warn that Finland and Sweden, as well as NATO, will face many challenges before these potential benefits can be achieved. Turkey’s objection is one of them.

President Turkey Recep Tayyip Erdogan said on May 28 that negotiations with Finland and Sweden were not going as expected and that Ankara would not allow countries that “support terrorism” to join NATO.

Two sources earlier said that talks on May 25 between President Erdogan and the Finnish and Swedish delegations had not made much progress and it was not clear when further discussions would take place. According to NATO’s principle of absolute consensus, the door to the alliance will be closed for Finland and Sweden if they do not get the consent of Turkey.

“Turkey has begun to bargain,” said Professor Muukkonen. “Finland and Sweden have talked a lot about the ban on arms sales to Turkey since 2019, after Ankara launched a military operation against the Kurdish forces in Syria. This may be what Erdogan sees. uncomfortable”.

Ankara will likely ask Washington to lift sanctions related to the S-400 missile contract purchased from Russia in 2019, according to three Turkish officials who spoke on condition of anonymity. Washington Post.

Dr. Gover expects NATO and Turkey to find common ground and come to some agreement at the alliance’s summit in Madrid at the end of next month.

“The goal is to speed up the process of approving Finland and Sweden’s NATO membership in six months, instead of the usual 12 months. Unless something unexpected happens, I think Mr. will eventually accept Finland and Sweden to join NATO after some agreement is reached,” Gover said.

Another thing that worries many people in the process of admitting Finland and Sweden to NATO is the transition period from the candidate for full membership.

“There will certainly be a period when both Finland and Sweden are vulnerable when they have applied to join NATO but have not been granted alliance membership,” said expert Kier Giles. “Russia can use this to exert pressure in many ways, such as cutting energy supplies, freezing trade, hacking or new measures that have never been applied.”

Dr Gover also notes that while there’s not much that can be done to prevent Finland and Sweden from joining NATO, President Vladimir Putin is likely to put pressure on the two Nordic neighbors in a number of other ways. Russia recently cut off power exports to Finland to express displeasure with Helsinki’s decision.

The American expert did not rule out the possibility that Russia could deploy tactical nuclear weapons to locations near the Finnish border, or increase nuclear-armed submarines in the Baltic Sea as a way to increase pressure.

Although Finland and Sweden are not yet protected under NATO’s Article 5, the allies in the bloc are committed to supporting the two Nordic countries, as well as reaffirming this in their bilateral security commitments, according to Giles. He also said that Russia can hardly do anything militarily with Finland and Sweden, especially when most of its forces are concentrated on the operation in Ukraine.

“In the end, Russia won’t be able to stop Switzerland and Finland’s accession to NATO, could not turn the regional balance of power in its favor. Instead, NATO will be strengthened when there are two more Nordic countries,” said expert Ted Gover. “The security map of Europe will change in the next decade, as a more united, capable continent more force will jointly deal with Russia”. 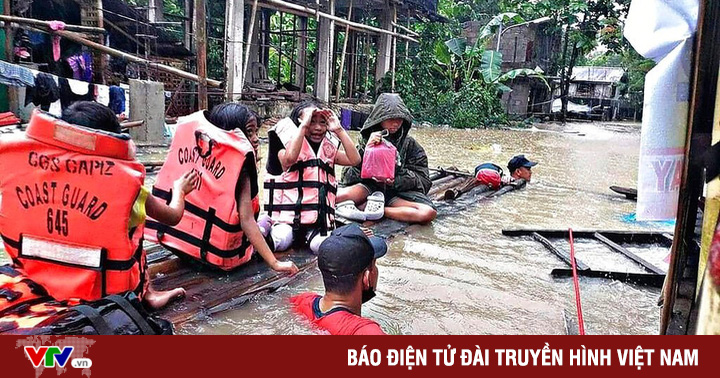 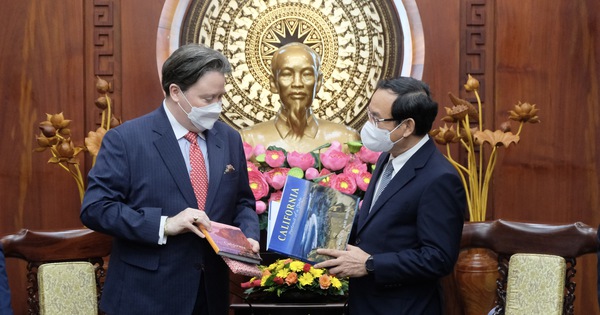 Secretary Nguyen Van Nen presents books to the US ambassador 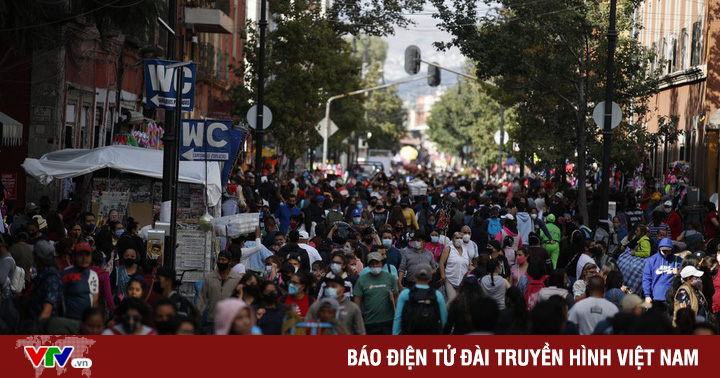