The recent success of Vietnamese football is closely related to Park Hang-seo’s tight football style, but the new U23 coach Gong Oh-kyun is trying to create a different color.

Gong started coaching in 2015, at the age of 41, as an assistant to senior Lee Lim-saeng at the Shenzhen Chinese club. A year later, he returned to his hometown and took over Korea U18. Here, Gong worked with coach Chung Jung-yong.

Both are also effective assistants of coach Shin Tae-yong in the Korean U20 team in the 2016-2017 period. In July 2017, Shin was appointed as the head coach of the Korean team, so he transferred the U23 team to Gong and Chung, and brought these two assistants to the coaching staff to attend the 2018 World Cup finals. In 2019, after Accepting the invitation to Indonesia, Shin invited Gong to lead this country’s U20 team.

The long working history with Shin clearly affects Gong’s coaching style. Nova Arianto, Gong’s former assistant at U20 Indonesia, commented, “I think Gong’s style has many similarities with Shin. It’s understandable because he’s been Shin’s right-hand man since 2017. I think so. That’s why Shin chose Gong to lead Indonesia U20 because these players are determined to be the foundation for building the Indonesian team in the future.”

While in Korea, Shin clearly showed his attitude to play offensively. His players are encouraged to kick less touching and press right in the opponent’s half. The defenders in Coach Shin’s teams tend to go up, even half the field to apply pressure. This can be seen in the first training session of U23 Vietnam under Coach Gong. The players are required to deploy the ball quickly and keep moving. However, in order to operate this style of football, the players need to maintain focus because only one minute can counterattack and score. Fitness and discipline are the top requirements. This used to be a weakness of Vietnamese players, but it has been improved somewhat under Coach Park.

According to the Indonesian press, Shin is very strict in managing the players, from eating, drinking, sleeping, resting to how to use social networks. Gong can also follow a similar style, because he published an essay on player nutrition at Konyang University in 2006.

Gong can also be someone who likes to experiment with new tactics, as Coach Shin did in his early days in charge of Korea. This can be seen in 2019, when Gong and Chung took South Korea to the final of the U20 World Cup. At that time, experts assessed that the leading factor for their success was tactical diversity. Even this duo is ready to change in a match. After losing to Korea in the round of 16, Japanese coach Masanaga Kageyama revealed: “Korea suddenly changed their style in the second half. We controlled the ball well and had chances in the first half but let them. scored. I tried to respond in the second half but failed.”

2019 was the peak of Gong’s career when Korea reached the final of the U20 World Cup. That is the best achievement of an Asian team at the U20 World Cup, catching up with what Japan did in 1981 and 1999. Although only working as Chung’s assistant, Gong’s tactical imprint is not small. “I want to thank Gong Oh-kyun for helping the Korean U20 team take a step forward. Coach Gong’s rich experience is extremely helpful,” said Mr. Chung after the successful tournament. that year.

Experience working with young players is definitely one of Gong’s strongest points, accumulated through many years of working with youth teams. He used to be the one to raise the level of young talents of Korean football like Lee Kang-in or Jeong Woo-yeong.

When the news that Vietnam appointed Gong to lead the U23 team, the Indonesian press said that Coach Park wanted to copy the successful formula of his compatriot Shin in rejuvenating the squad. Thanks to Gong’s help, coach Shin introduced a group of excellent young players at the AFF Cup 2021 when Indonesia reached the final. At SEA Games 31, with this group of players as the core, Indonesia reached the semi-finals and only lost to Thailand in extra time, before winning the bronze medal.

To repeat the success of Coach Park in Vietnamese youth teams is not easy. Therefore, Gong has been under pressure since he took over the team, which is required to achieve good results at the Asian U23 Championship. However, inviting Coach Gong can be the foundation for a long-term plan to reform Vietnamese teams, not only in terms of physical strength and discipline but also in tactics and gameplay. 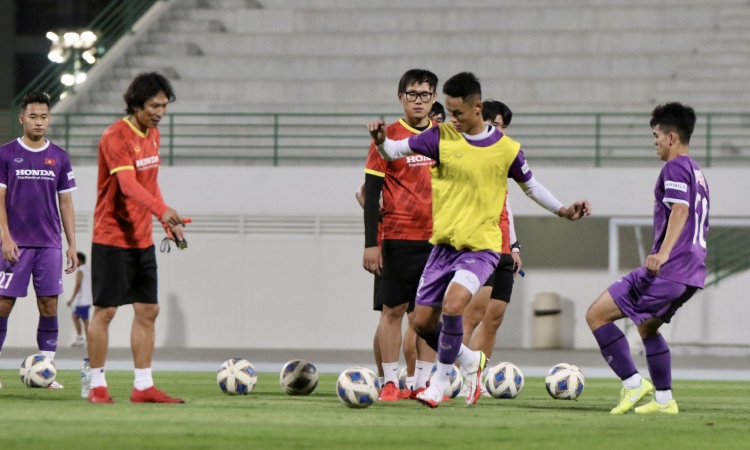 Boil pork, add this to make sure it's white and fragrant, you'll want to eat it right away

Export restrictions do not help solve the food crisis Thailand broke the undefeated circuit, disillusioned with the Vietnamese team