Group discussion on investment policy of Ring Road 4 project in Hanoi capital area; Ring Road 3 project in Ho Chi Minh City, Secretary of the Hanoi Party Committee Dinh Tien Dung (Head of the Hanoi National Assembly Delegation) emphasized that site clearance is always the most difficult for investment projects. labour. If not ahead, the implementation will not be difficult and expensive.

“We conduct land clearance synchronously including 9.7 km of connecting lines and reserve for the ring railway is reasonable. Belt 4 project – Capital area has a total occupied land area of ​​about 1,341 ha, of which Hanoi city is 741 ha and is mainly agricultural land, so the site clearance is convenient and does not affect people much. people on both sides of the road”, Mr. Dung said about the site clearance of the Ring 4 region of Hanoi capital. 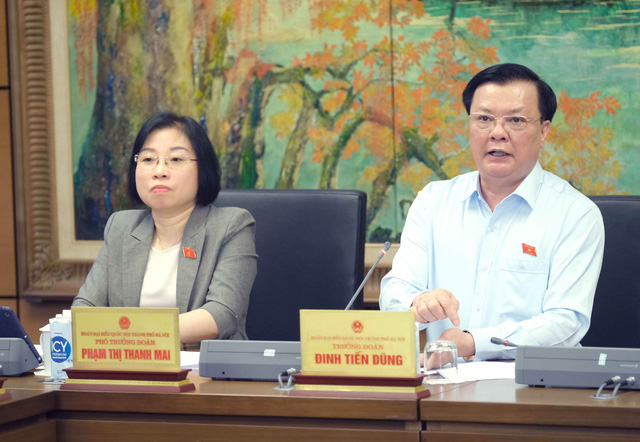 According to the investment policy, the Ring Road 4 – Hanoi Capital Area project has a preliminary total investment of about VND 85,813 billion in the investment divergence phase (phase 1). In which, the cost of site clearance and resettlement for the Belt 4 project – Hanoi Capital Region is VND 19,590 billion (Hanoi City: VND 13,370 billion; Hung Yen VND 3,740 billion; Bac Ninh VND 2,480 billion).

According to Mr. Mai, although the area is very urbanized, giving up land for construction of a very important project, people will also share. However, how to stabilize housing, relatively compensate to help people change jobs and livelihoods is important. This is an issue that Ho Chi Minh City has also planned. After the National Assembly approves the investment policy at this meeting, the city will join with the provinces to hold a conference immediately to implement the detailed plan.

“For Ho Chi Minh City, in order to quickly clear the ground and stabilize the resettlement for people, the city is reviewing the existing resettlement housing funds for temporary settlement, not for people to go out to rent by themselves, but there will be temporary residence addresses to resettle in the stable time for them.

In the compensation policy, the parts that follow to support vocational training, change jobs, or support livelihoods with the spirit of new accommodation must be equal to or better than the existing accommodation. If livelihoods and occupations are guaranteed, people’s lives will be stable”, Mr. Mai emphasized.

According to the investment policy, the Ring Road 3 – Ho Chi Minh City project has a preliminary total investment of about VND 75,378 billion in the investment divergence phase (phase 1). The cost of site clearance and resettlement alone has reached 41,589 billion VND. 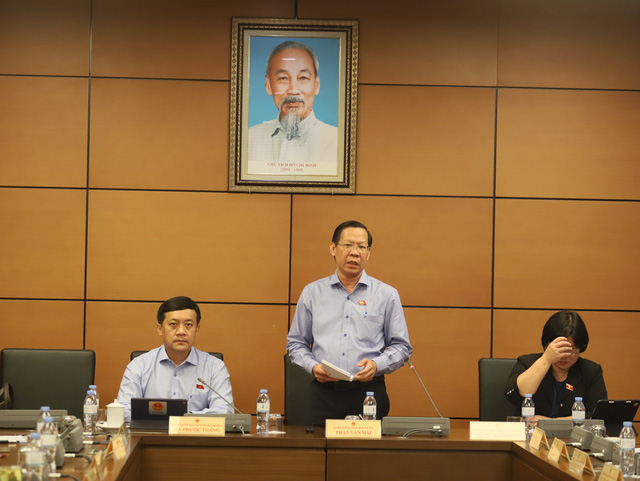 To explain the high cost of site clearance and resettlement, according to Mr. Mai, we have planned the project since 2011. Up to now, almost the corridor of Ring Road 3 is now urban. industrialization and industrial development following this plan are also very thick; housing in urbanized areas is very high, population density is also very high… This makes the cost of site clearance much higher than in other areas, especially in areas where only agricultural land is cleared. .

Talking about the necessity of implementing Belt 4 – Hanoi Capital Region and Belt 3 – Ho Chi Minh City projects, delegate Vu Tien Loc (Hanoi delegation) said the competitiveness of the economy Vietnam ranks below 70/140 countries in the world. However, our transport infrastructure ranks more than 100. According to delegate Loc, the quality of infrastructure and transport facilities is currently the weakest and bottleneck in the business environment index.

“Vietnam is among the 30 economies with the worst traffic quality in the world, first of all, the highway system. Compared with neighboring countries, few countries have a low highway length like ours”, Mr. Loc emphasized. 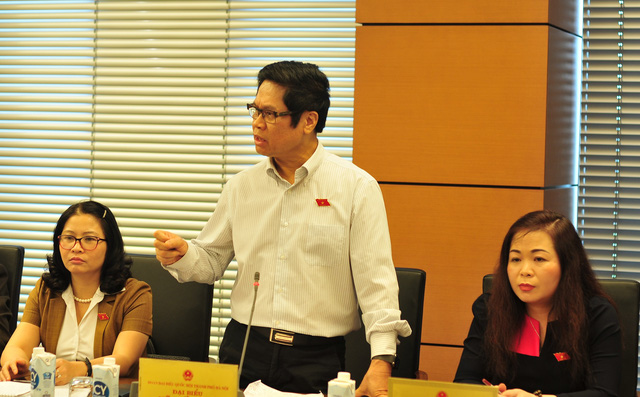 The Hanoi delegation said that it is very urgent to improve competitiveness because the world is facing the impact of the pandemic and the changes in geopolitics are in the process of restructuring. If we improve our competitiveness, we can attract international investment. This is a golden opportunity, but to do this, you must create a breakthrough in both infrastructure as well as institutions and human resources.

The 12-year-old girl's body smelled strange, the doctor found out the reason why the family was shocked 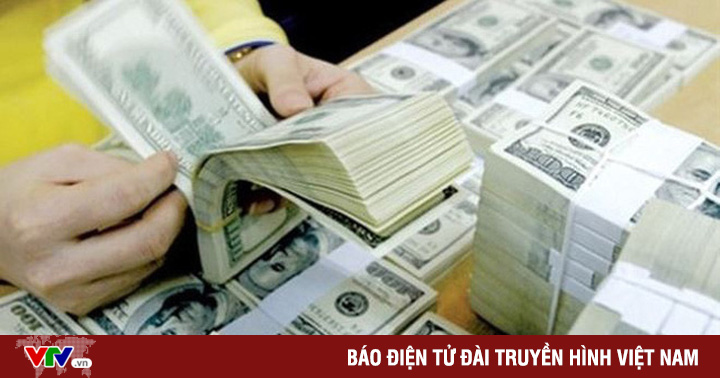 Nearly 1.8 billion USD in remittances poured into Ho Chi Minh City after the first 3 months of the year 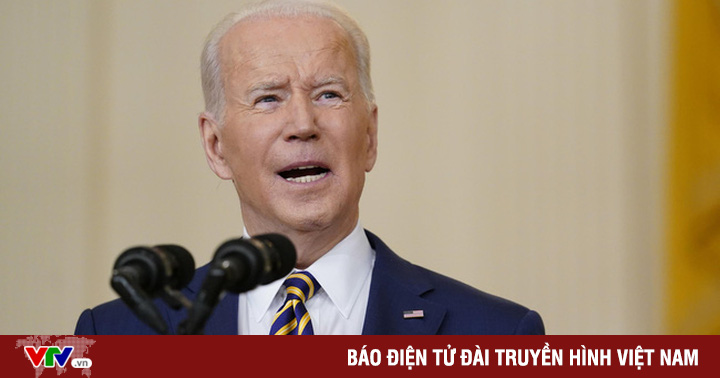 US President considers lifting tariffs on some Chinese goods 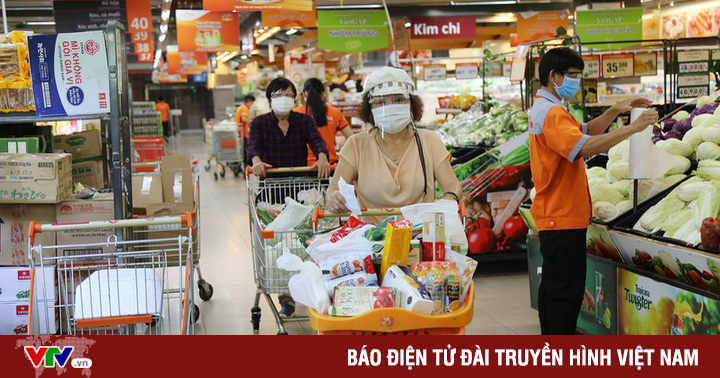 Q1 inflation is under control 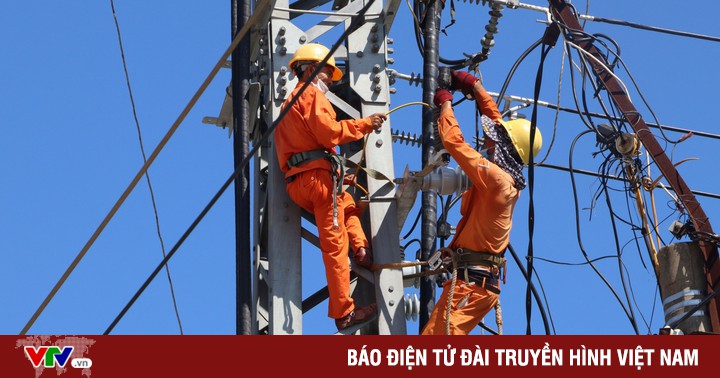