The “lightning” love of the player Vu Tien Long Handsome

On the evening of June 5, Vu Tien Long made a mark in the hearts of millions of fans with his lifelong masterpiece against the Korean U23 team.

Few people know that the player who has just helped Vietnam U23 set a historic milestone before South Korea’s U23, opening the door to the quarterfinals of the Asian U23 Championship, is the only married player of the team. At the age of 20, Vu Tien Long has a wife and a lovely daughter.

Share with PV Dan TriDiem Quynh (SN 2002, currently living in Thanh Hoa) – the wife of the player Vu Tien Long said, right after the end of the match on the evening of June 5, Vu Tien Long called to share the joy. with family.

Although at home, his wife and relatives watched the match on television, but Tien Long still wanted to be directly informed about the historic goal with his wife. During the short phone call, Tien Long did not forget to ask if the family had eaten in the evening, whether their 4-month-old daughter slept, and whether or not she drank all the milk for dinner.

Diem Quynh said that although playing away from home, Vu Tien Long always cares about his wife and children from the smallest things like that. Since the day they met and fell in love, only about 4 months of being affected by the Covid-19 epidemic, Tien Long and Diem Quynh had time to spend together. The rest, due to the specifics of their work, this couple is always in a state of long-distance love.

Understanding and sympathizing with her husband’s career in shorts, Diem Quynh always encourages Vu Tien Long to practice peace of mind. She also never complained about her husband not having much time for her.

Sharing about her love story and Vu Tien Long, Diem Quynh said that the two met in 2020 through an acquaintance introduced. At first, the couple only chatted on social networks. Although they have not met, they seem to have a crush on each other. Through the way she talked, she saw that the player had a cheerful, sociable and emotional personality.

After talking for a while, in August 2020, they arranged to meet in Hanoi’s old quarter. The first time she met, Diem Quynh forever remembered the image of a young man who was black, tall and dressed simply. At that time, she felt a strange attraction from this boyish-looking player. After the meeting, the two seemed to take another step in “lightning” love.

Diem Quynh is quite beautiful and is pursued by many people. However, she shared that she chose a professional soccer player as her life partner because Long is sincere, lives simply, and always respects her and her family.

“He is very reliable and never lets me worry too much about him. Tien Long is also very affectionate, always taking care of me and my family when he has time. Once, the two were apart for a whole year. I didn’t see him for a month. He suddenly returned to Thanh Hoa to visit me for only 4 hours and then took an early bus to return to Hanoi the next day.”

At the end of 2021, the couple suddenly received good news. The fruit of their love is a lovely, lovely daughter.

Diem Quynh said, becoming a father when he was only 20 years old, Vu Tien Long was often teased by friends and colleagues for “getting into the basket” early. Every time like this, the handsome player gives him a gentle smile because for him, his small family is happiness, the motivation to help him practice and compete. “He also told me to get married early, settle down early to focus on the competition,” Diem Quynh confided.

According to the young wife’s share, when she became a father, Vu Tien Long became more and more mature. The young father shows boundless love for his children anytime, anywhere, even on the field.

Diem Quynh said, at the Southeast Asian U23 tournament at the beginning of 2022, when the U23 Vietnam team won 7-0 against Singapore U23, Vu Tien Long scored a goal in the final seconds of the match.

Immediately, he put the ball on his shirt, performing a “pregnant” celebration. Many people think that this is just a random celebration. However, it was a way for Tien Long to express his love for his beloved daughter who had just been born.

At that time, Tien Long’s daughter, named Bo, was born nearly a month ago. The goal in that tournament had great spiritual value, as a gift he gave to his little daughter. Tien Long then also shared on social networks that: “Wishing my dear daughter to always be healthy and not sick, growing up every day is a happy parents”.

Recalling that memory, Diem Quynh said: “When Tien Long scored and made a special celebration, I was very happy and happy. Before that, he messaged me in advance if he scored that day. I will dedicate that goal to Bo and me”, Diem Quynh shared.

Previously, due to the influence of the Covid-19 epidemic and due to the dense training schedule, Vu Tien Long and Diem Quynh could not hold a proper wedding. The couple plan to celebrate the big day later this year with the special participation of their young daughter. 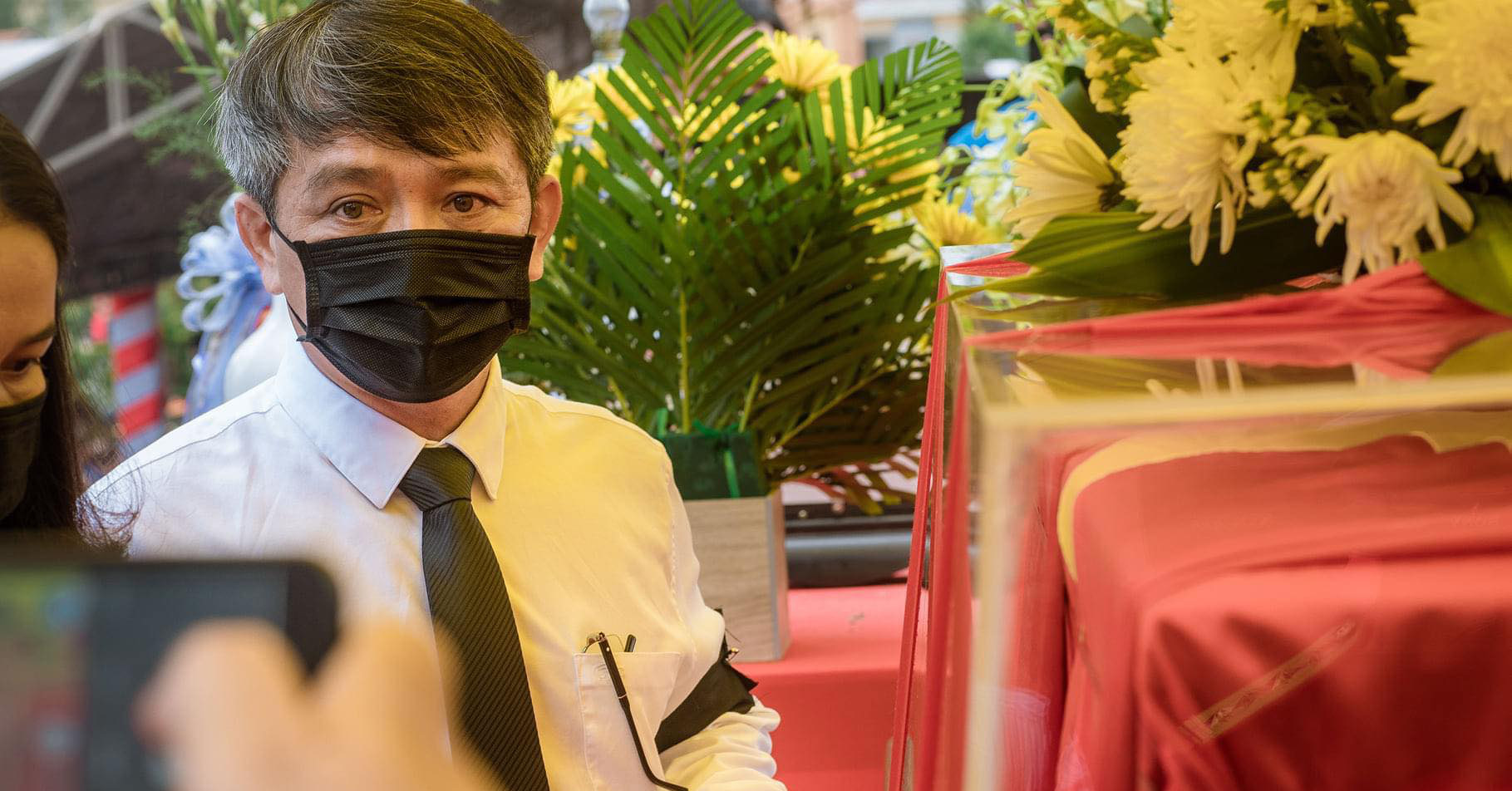 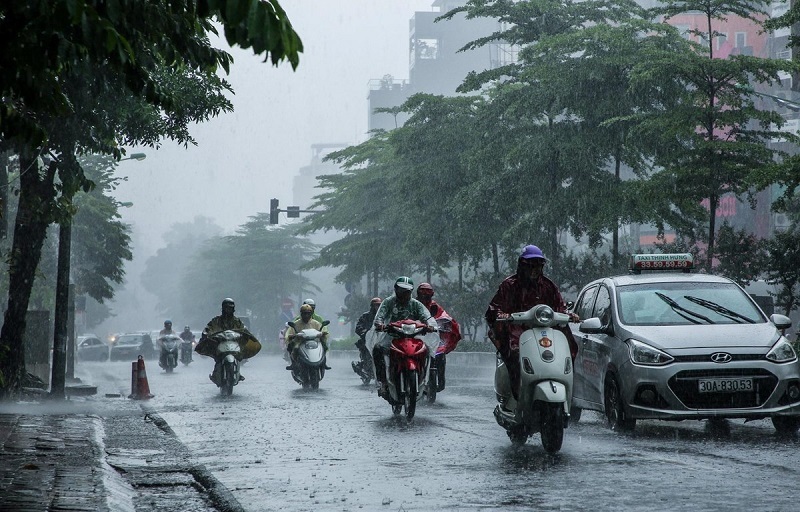 The North welcomes cold air, it will be cold tomorrow 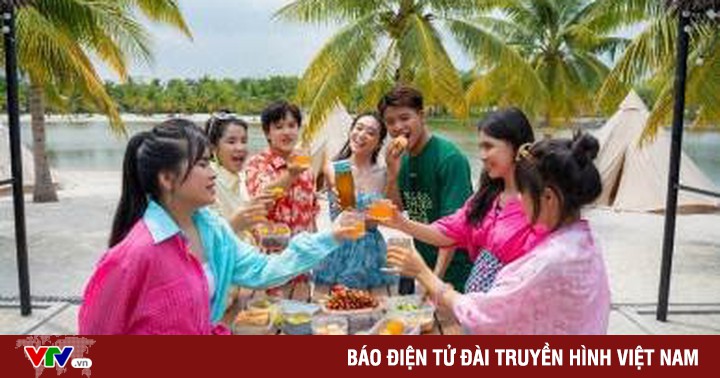 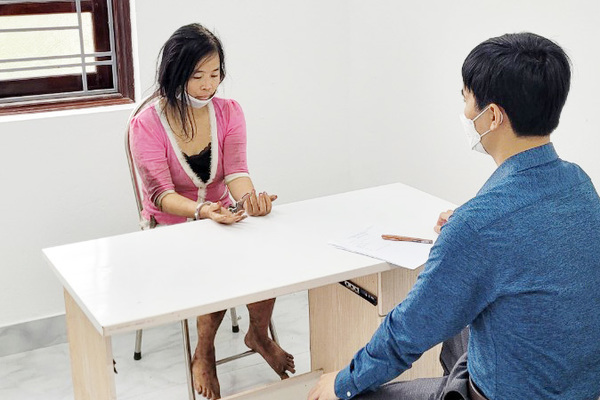 The murder of a clothing store owner in Bac Giang: The suspect drank rat poison to commit suicide