The lawsuit of VND 2297 billion between Johnny Depp and Amber Heard once occupied the newspaper for the past time. The two sides started the fight with a tit-for-tat battle since 2016.

Last April, the trial for defamation and domestic violence charges between Johnny Depp and Amber Heard officially took place. Recently, the actor Pirates of the Caribbean officially won the lawsuit that consumed a lot of press paper. Notably, Johnny Depp turned the situation around, from losing, bearing the name “brute force” to winning convincingly and exposing the truth. And here is the overview of 6 years of litigation and analysis of Johnny Depp’s strategy to win over Amber Heard: 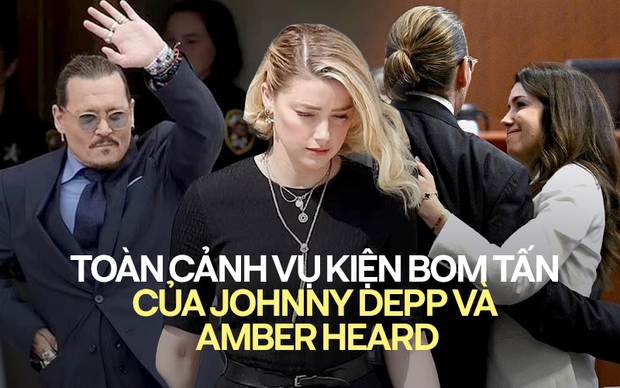 The trial of the case between Johnny Depp – Amber Heard was officially held on April 11th. After many years of being called a “brute force”, the actor sued to regain his reputation and expose the truth. After 6 weeks of heated arguments in court, the actor finally Pirates of the Caribbean won overall. He was dominant from the start, and repeatedly brought up witnesses that put his ex-wife at a disadvantage. Amber Heard has to compensate Johnny Depp with the amount of $ 10.35 million (VND 240 billion). But where did the actor born in 1963 win the case?

1. Johnny Depp: Respond calmly, with evidence and witnesses to support 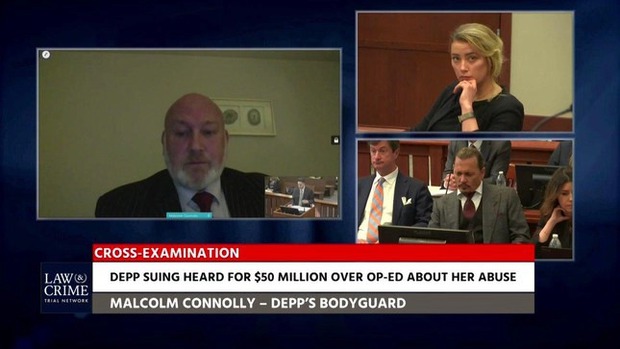 Malcolm gives testimony in favor of the famous actor

Not long after, Travis McGivern – one of Johnny Depp’s bodyguards announced that Amber Heard was the domestic abuser when he physically and mentally abused her ex-husband. 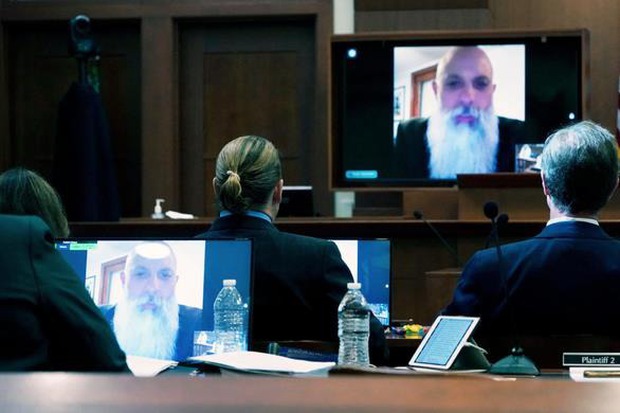 Travis recounts the couple’s arguments when they returned home in March 2015 from a trip to Australia, where a scandalous incident left Johnny badly injured on his finger. According to his description, Amber threw a can of Red Bull at Johnny’s back and assaulted the actor. In addition, the police who were present at the scene on the day Amber accused Johnny of violence also confirmed that the actor did not hit his ex-wife.

Johnny also displayed EQ and smart response ability during the trial when Amber accused her of hindering her career. Before the accusations from Amber, Johnny always kept a calm attitude and answered, for example, in response: “It has nothing to do with her acting. So sir, I think she has a role in the movie. Aquaman How?” This response silenced Amber Heard’s side.

Not only convincingly, the actor also gave extremely important evidence, convincing the jury and at the same time overturning the chess game, causing the opponent to admit the violent behavior. The most important is the recording in which Amber admits to hitting Johnny Depp: “I hit you, not punched you”.

The actor calmly responded to the accusations from his ex-wife

While Johnny Depp gave convincing evidence, Amber was at a disadvantage when the evidence accusing Johnny of violence was published repeatedly by her ex-husband wisely and even accompanied by counter-witnesses. . The actor’s legal team Pirates of the Caribbean led to many witnesses who confirmed that he did not beat his ex-wife. This also made Amber a liar, losing the trust of the public and the jury.

During the course of the lawsuit, the female star revealed the lie again and again. Amber’s lawyer said, beautiful people Aquaman used a Milani concealer to hide the bruise left by Johnny. However, on April 22, the cosmetics company Milani Cosmetics said that the product was only released in 2017, eight months after the abuse that Amber mentioned. The cosmetics company even made a TikTok video to record evidence against Amber Heard, asking her not to drag the brand’s name into the lawsuit. This is also a blow that makes the actress lose trust from the public. 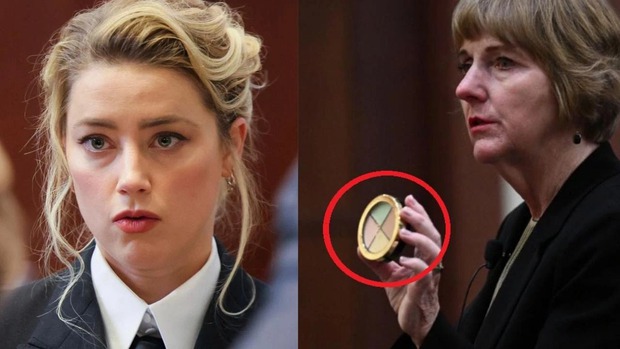 When divorcing Johnny, Amber received 7 million USD (162 billion VND) in money to settle the divorce. The beauty promised to donate all this money to 2 charities, but in reality she did not donate enough as promised. Amber’s loopholes were exposed by Johnny Depp’s side, specifically female lawyer Camille Vasquez, right in front of the court without being able to refute.

Amber also defended Lily-Rose Depp – Johnny’s stepson in court. But soon, the beauty was exposed that she had not had a good relationship with Lily-Rose for a long time. Lily-Rose was originally from Amber, so she didn’t attend Johnny’s wedding and the beauty Aquaman in 2015. 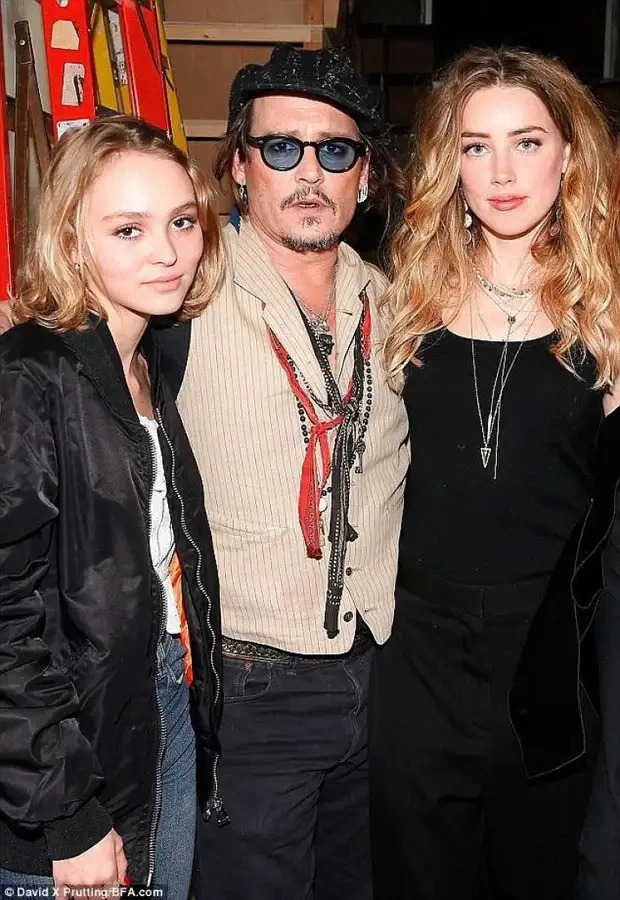 Constantly exposed for lying, Amber lost faith in the jury. In the later stage of the legal battle, she gave quite a lot of shocking testimony, even accusing her ex-husband of wanting to kill her, but the jury did not trust her because the actress lacked evidence to support the testimony. Amber Heard’s weakness is “aggressively said, but cannot prove”.

Another key factor that made Amber Heard turned away from the public was because of… bad acting. During the trial, she had many crying scenes that were said to be deep in front of the jury. Knowing that the trial was livestreamed live on YouTube, Amber Heard was accused of deliberately acting and exaggerating to make herself a victim. However, his expression was distorted, his actions were ridiculous and excessive, turning his face from crying to being sober in a single note.

During the trial on May 6, Amber broke down in tears when she mentioned that she had been beaten and abused by Johnny. Many people notice that the actress always has a tissue in her hand. But while wiping her tears, the beauty was said to have a few seconds to “release her shoulders” to… the lens captured her emotional explosive moment.

Also at the trial on May 6, Amber was suddenly startled when she saw Johnny, even though she had always faced her ex-husband before. The startled image of the actress was considered to be exaggerated and dramatic because in previous trials, she always calmly walked in front of her ex-husband, without any fear like this time.

She was suddenly startled when she saw her ex-husband 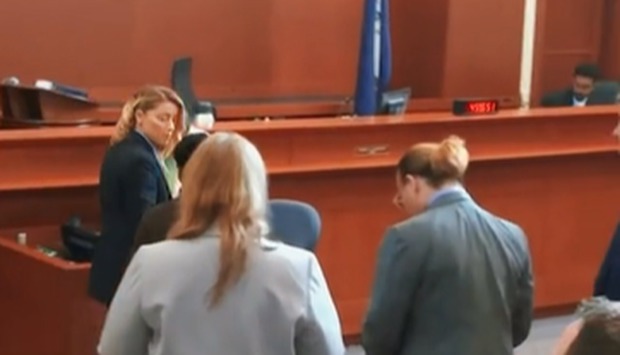 Notably, before that, the actress always had a proud attitude towards Johnny

The turning point of the case was probably when Amber mentioned supermodel Kate Moss – Johnny’s ex-lover in court. Accordingly, Amber Heard suddenly mentioned the rumor that Kate was pushed down the stairs by Johnny to make her testimony more convincing. But ironically, Kate Moss then personally testified to protect and vindicate the actor Pirates of the Caribbean.

The supermodel said it was true that she had slipped and fallen on the stairs, but insisted that Johnny had never pushed or had any impact that caused her to fall. She also praised her ex: “He immediately ran to me, carried me to my room and took care of me”. The public believes that Amber is wrong in always relying on unreliable accusations, while Johnny Depp is brave when he has enough evidence and has such a wide and clever relationship that he invites all important witnesses. . 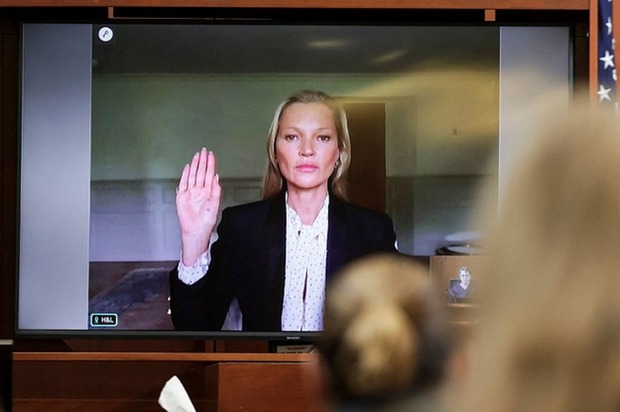 Notably, Kate Mos is also a celebrity, having a great influence on public opinion. The above move from the supermodel has made the wave of boycotting Amber even more intense. This is Johnny Depp’s clever strategy.

Psychologist Shannon Curry gives a negative view for Amber. Accordingly, Shannon believes that Amber shows symptoms of two mental disorders, which are borderline personality disorder and dramatic personality disorder. Dr. Shannon confirmed that the symptoms of these two disorders may be possible. leads to cases where individuals perceive themselves as “victims” or “princesses”, distorting the true story to become false. 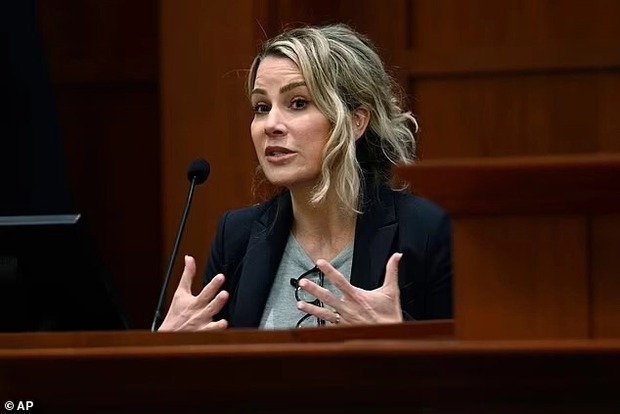 3. The impact of public opinion on the jury

The fact that Johnny Depp constantly finds witnesses to provide testimony in his favor, plus Amber’s revelations of lying time and time again have made the public tend to favor the actor much more than he did. Ex-wife. The jury was increasingly distrustful of Amber, then they were also partly influenced by public opinion. All of this helped the actor born in 1963 receive favorable results in a shocking lawsuit.

In addition, legal experts believe that one of the the cause of the star Aquaman She lost because she had a reputation problem. “She lied and exaggerated about a case that should have enjoyed jury favor and credibility,” said Neama Rahmani of West Coast Trial. “Instead of being able to become the face of the #MeToo movement, she became the representative of false accusations,” the expert added. Mark Stephens, an international media lawyer, commented on the Washington Post that to get to the final victory, Johnny Depp used pincer tactics, surrounded Heard from many sides and isolated the actress at the decisive moment. determined. 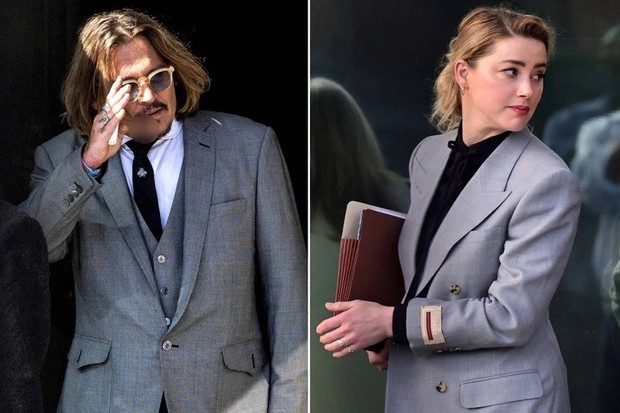 
According to Duong Nam

iPhone 7 and 7 Plus users cannot upgrade to iOS 16 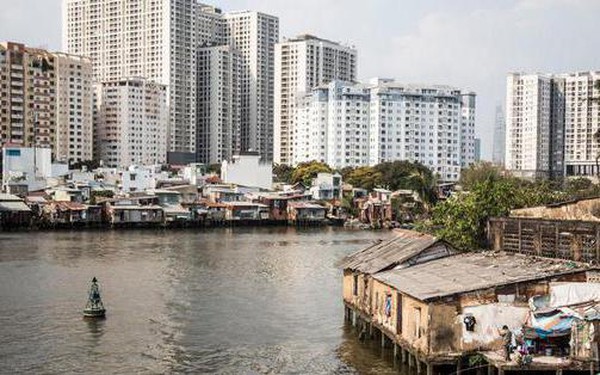 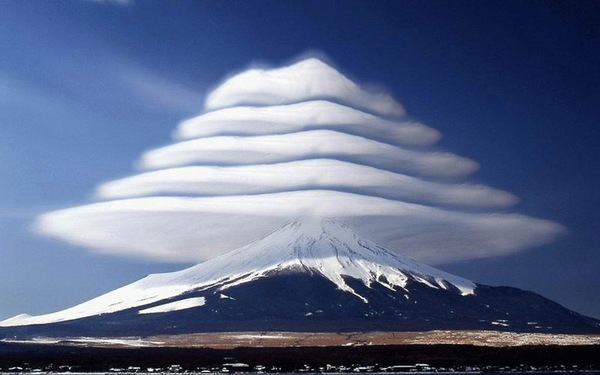 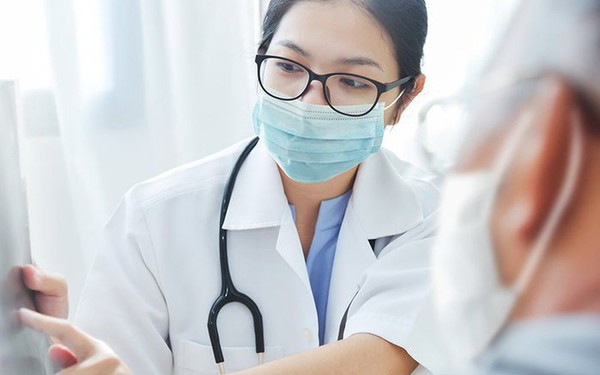 Many Vietnamese people know the harm but still use it 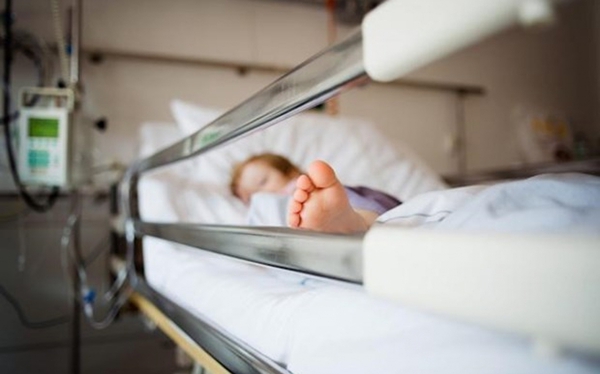