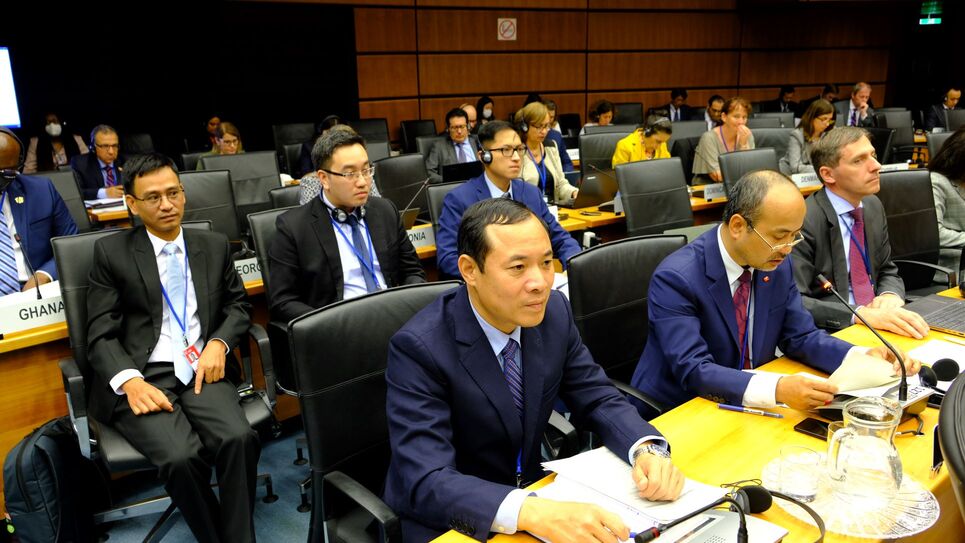 Vietnamese delegation participates in the 2nd periodical meeting of the Board of Governors of the International Atomic Energy Agency (IAEA) – Photo: Ministry of Foreign Affairs

The meeting was chaired by Ambassador Shin Chae-Hyun, Head of the Korean Delegation, Chairman of the UNSC, with the agenda focused on major issues such as the consideration and adoption of the 2021 Reports by the Director General of the IAEA about security, safety, inspection Nuclear and technical cooperation situation; reviewing the implementation of the IAEA’s inspection agreements with Iran and North Korea; and agreed on the agenda for the 66th session of the IAEA General Assembly (September 2022). Besides, in the face of recent complicated developments, this time the Power Council meeting also considered and discussed emerging issues such as the impact of the Russia-Ukraine conflict on security and nuclear safety, AUKUS treaty on trilateral cooperation between the US, UK and Australia on the delivery of nuclear submarines, or the possibility of North Korea’s nuclear test.

In his opening remarks, IAEA Director General Rafael Mariano Grossi said that the Covid-19 pandemic, climate change and the energy crisis have affected activities to ensure security, safety, nuclear inspection and cooperation. technical cooperation of the IAEA; In particular, the General Director warned of the risk of nuclear safety and security at the Zaporizhzhia plant in Ukraine in the context of being controlled by Russia and the Ukrainian government announced the loss of control over nuclear materials.

Director General Grossi affirmed that over the past year, the IAEA has made every effort to ensure the implementation of its functions and tasks as planned, notably the deployment of more than 3,000 inspection activities in different areas. , many big projects such as ocean plastic waste (NUTEC) with 120 national laboratories, solving zoonotic diseases (ZODIAC), providing Covid-19 testing equipment for more than 30 million people. people around the world; affirms that nuclear energy brings important benefits through providing clean energy sources, applied in efforts to reduce carbon waste, respond to climate change, health and agriculture.

In addition to the achievements, the IAEA Director General also expressed concern at the development of new nuclear technologies that may pose challenges in terms of the risk of nuclear proliferation, ensuring security, secure nuclear infrastructure. 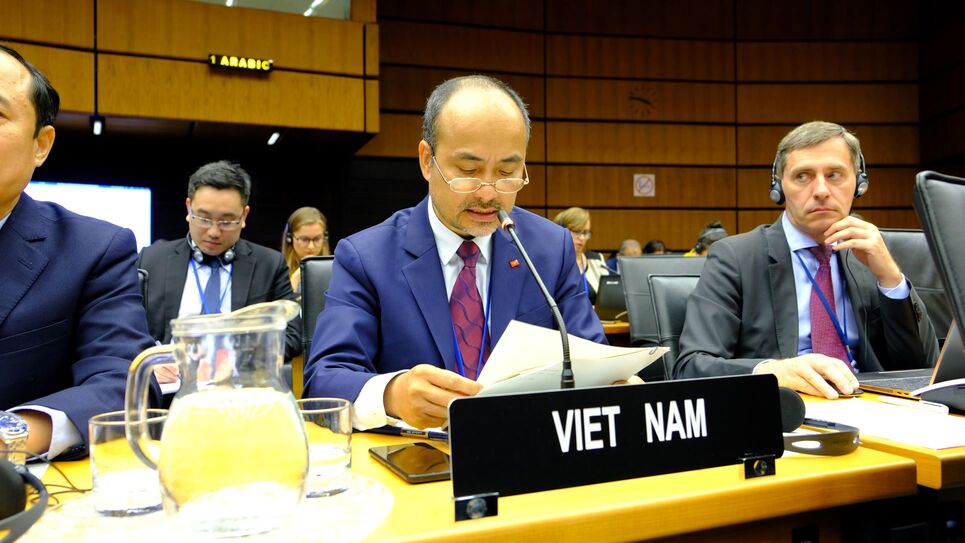 Ambassador Nguyen Trung Kien speaks at the 2nd regular meeting of the Board of Governors of the International Atomic Energy Agency (IAEA) – Photo: Ministry of Foreign Affairs

Speaking at the conference, Ambassador Nguyen Trung Kien highlighted Vietnam’s major undertakings and policies and efforts in ensuring nuclear safety and security and the application of atomic energy for peaceful purposes. and sustainable development, contributing to the implementation of Vietnam’s international commitments, which affirms that the promulgation of Decree 81 in 2019 on prevention and control of weapons of mass destruction has created a legal corridor to prevent, disseminate, finance the dissemination of these weapons; uphold and value the central role of the IAEA in these efforts; At the same time, with member countries sharing a voice, interest in the potential of new technologies such as small-scale and modular nuclear reactors (SMR), portable nuclear power plants, etc. nuclear power plants (TNPP) and floating nuclear power plants (FNPP) and assessments of their challenges to the international legal framework, implications for the environment, safety and security…

The Ambassador affirmed that the research, development, licensing, operation and deployment of the new nuclear technologies mentioned above should be approached carefully, gradually and soon a legal framework will be formed in accordance with the law. international law, including the United Nations Convention on the Law of the Sea (UNCLOS) 1982, protecting the environment, respecting independence, sovereignty and territorial integrity, ensuring transparency, following procedures and practices shared; and support the IAEA’s leading role in this process with the participation of Member States.

On this occasion, the Ambassador suggested that the IAEA continue to support member countries, especially developing countries, in improving their capacity in nuclear research and application, and response to radiation incidents. , Nuclear; building and perfecting the domestic legal framework on nuclear law.

Hot summer, immediately throw any bonsai into the water, the tree is healthy, people are leisurely

President of Ukraine: Fighting on every street in Severodonetsk 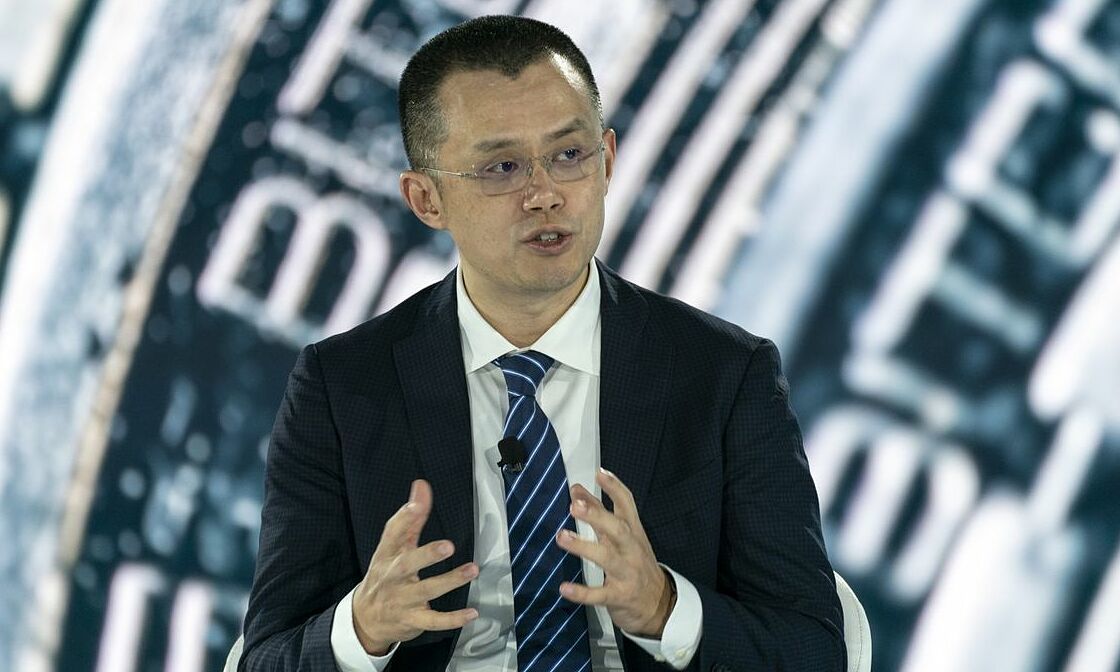 Binance CEO: People may have lost their minds because of NFT 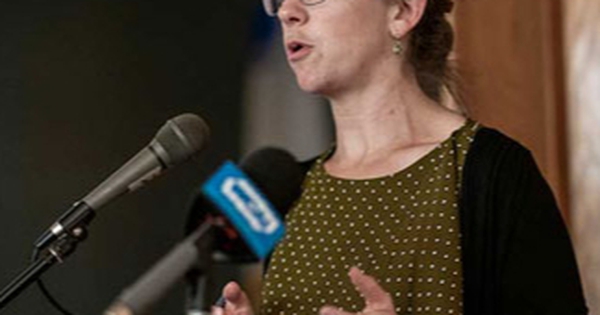 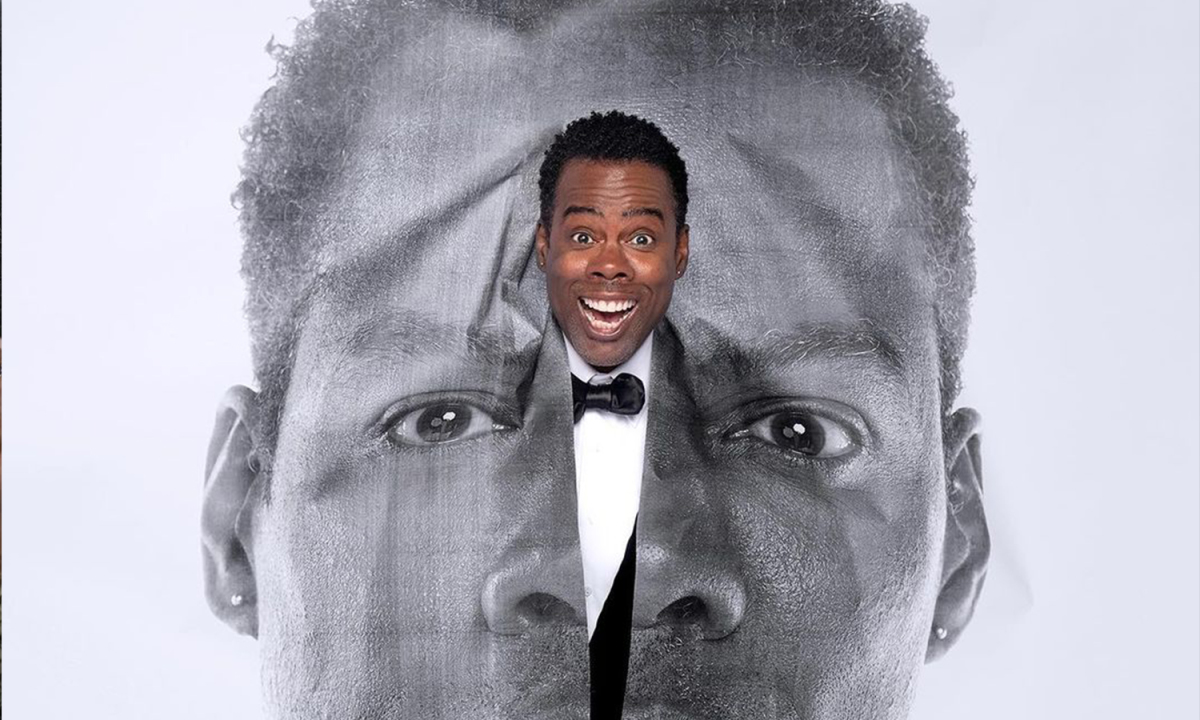 Chris Rock party after the Oscars 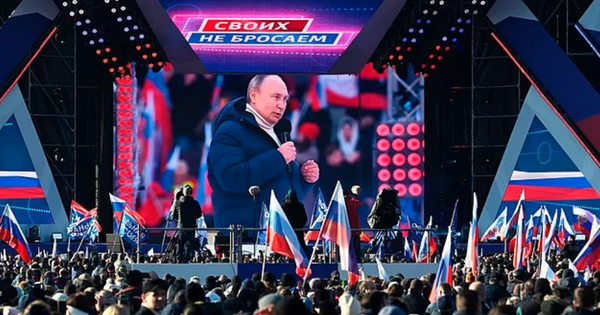