Singer Dan Truong officially apologized for the noise surrounding the singing of 2 songs “Ai Chung Love To Be Forever” and “Once Loved”.

Recently, Dan Truong was “called out” for singing 2 songs Who Loves Forever and Ever Loved but without copyright permission. On the evening of June 8, on the fanpage, the male singer apologized to the audience when there was unnecessary noise. 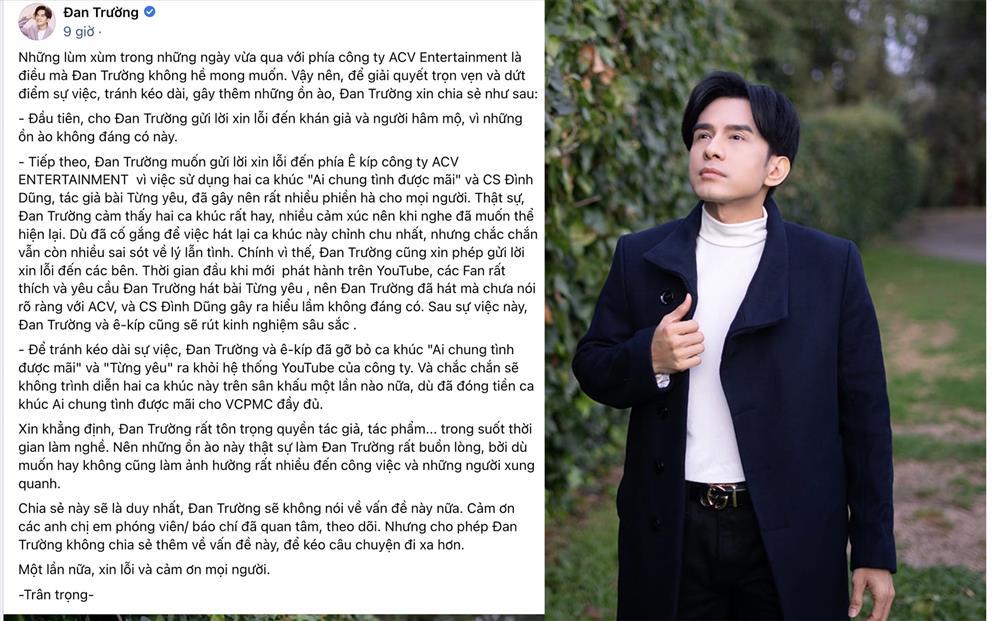 “Dan Truong would like to apologize to the crew of ACV Entertainment for the use of two songs, Ai Chung Tinh Duoc Forever and Once Loved, causing a lot of trouble for everyone. Actually, Dan Truong felt that the two songs were very good and full of emotions, so when he heard them, he wanted to perform them again. Although we have tried to make the re-singing of this song as perfect as possible, there are definitely still many errors in logic and love.“, Dan Truong shared.

Male singer 7X admitted that when he first released YouTube, the cover product was liked by fans and asked him to sing a lot. Therefore, he sang without saying it clearly to ACV Entertainment and musician Nguyen Dinh Dung, causing unnecessary misunderstandings. 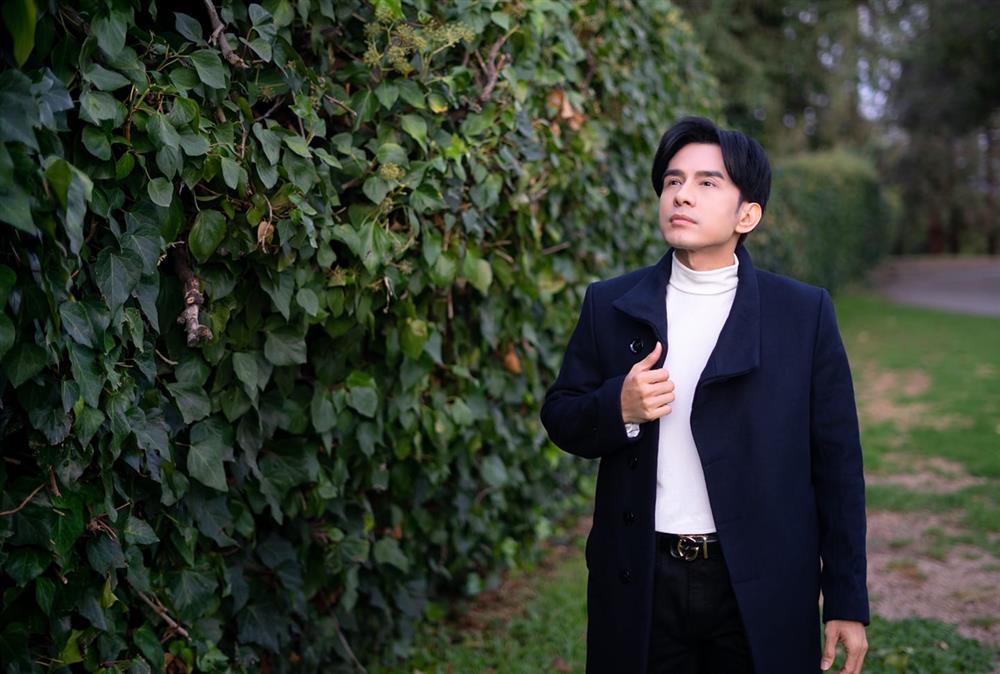 After this incident, Dan Truong and the team promises to draw deep experience. He also confirmed that he had removed these two songs from the company’s YouTube system.

“And certainly Dan Truong will not perform these two songs on stage again, even though he has paid for the song “Ai Chung Love Is Forever” for VCPMC in full. Please confirm, Dan Truong respects copyrights, works… during his career. So these noises really make Dan Truong very sad, because like it or not, it affects his work and the people around him a lot.“, the male singer said. 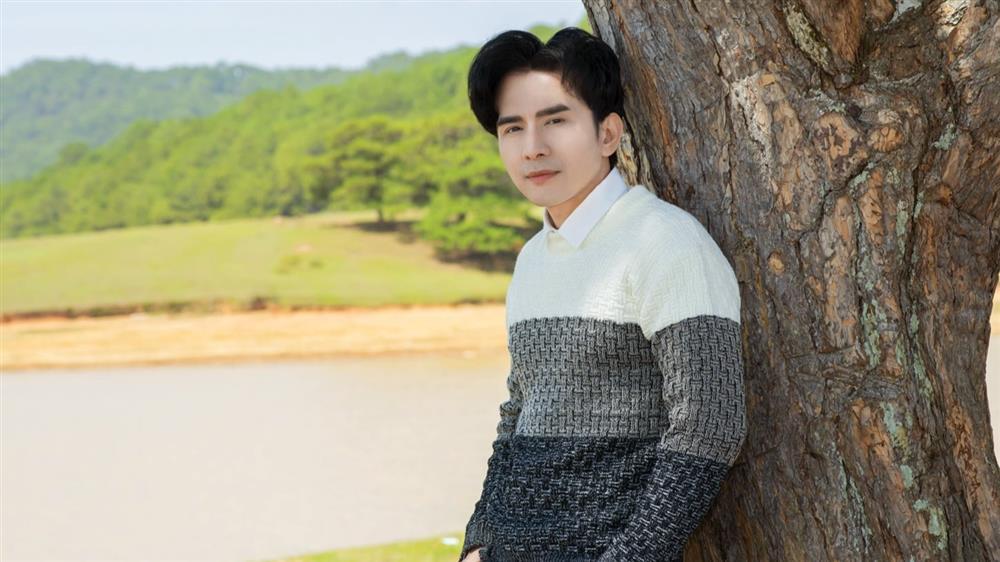 Previously, musician Nguyen Dinh Dung accused singer Dan Truong of using a song he composed as Ever Loved to perform in many places without permission for more than 2 years. This is a song he wrote for singer Phan Duy Anh, and the copyright of the song belongs to him and ACV Entertainment.

The manager Hoang Tuan – a representative of the male singer’s management company, confirmed that he actively texted and worked with both Nguyen Dinh Dung and Phan Duy Anh before releasing the cover on YouTube.

However, Nguyen Dinh Dung countered that Dan Truong’s side only asked for a cover song and then posted it online, which does not mean that the song was performed at an event with commercial elements. After that, the male musician decided to settle the case in accordance with the law. 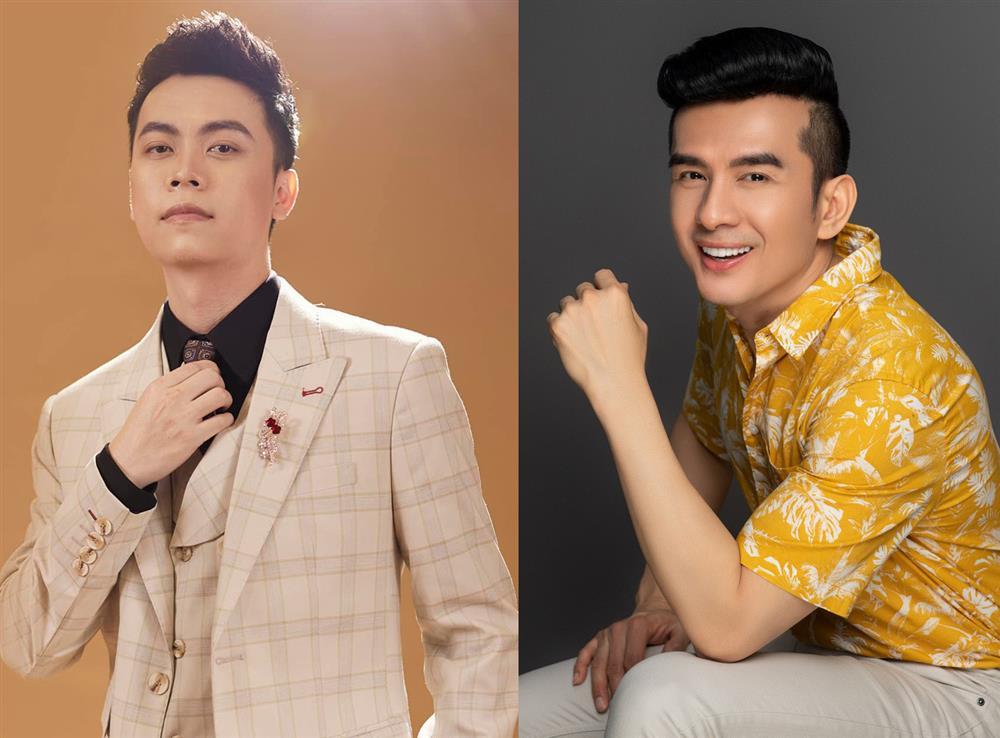 On June 3, the company ACV Entertainment announced that some singers used the song Who Loves Forever without asking permission. The company only allows Dan Truong to cover the song and share the recording on social networks, but is not allowed to perform at commercial stages and programs. But on May 28, at the Trade Fair in Ben Tre, singer Dan Truong performed this song on stage.

At that time, Dan Truong side provided the documents related to the contract of copyright use music between Vietnam Music Copyright Protection Center (South) and HT Production Company.

Accordingly, singer Dan Truong can use the song to perform at a trade fair in Ben Tre. “Therefore, according to the process so far, HT Production has announced to ask for permission to use the song “Ai Chung Tinh Duoc Forever” on VCPMC. Therefore, it is not correct to say that Dan Truong sings without permission, affecting the name of the male singer“, representative of Dan Truong said.

Benevolence
According to VietNamNet

Stress, severe depression, suicide by jumping off a building are common among well-behaved children who attend specialized schools

'Thailand U23 should have passed the Asian U23 group stage' 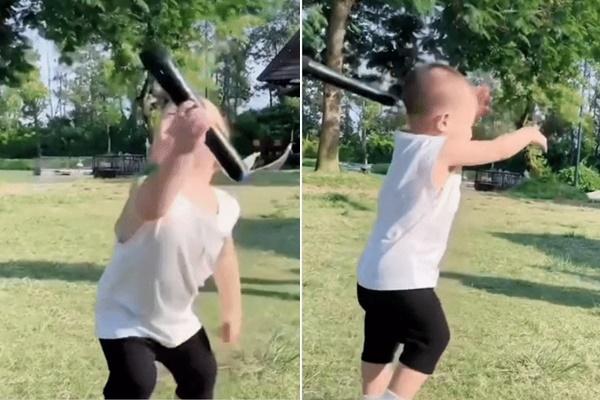 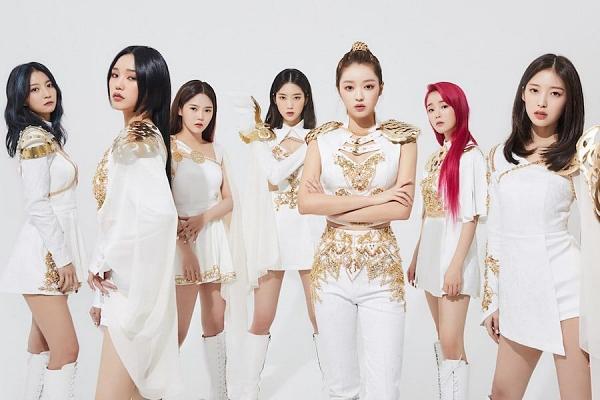 Kpop girl groups are banned from dating, have to face the wall when meeting male idols 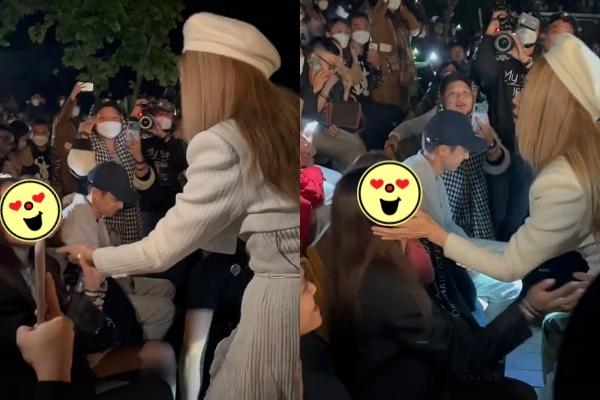 Phuong Ly almost shed tears when she touched My Tam 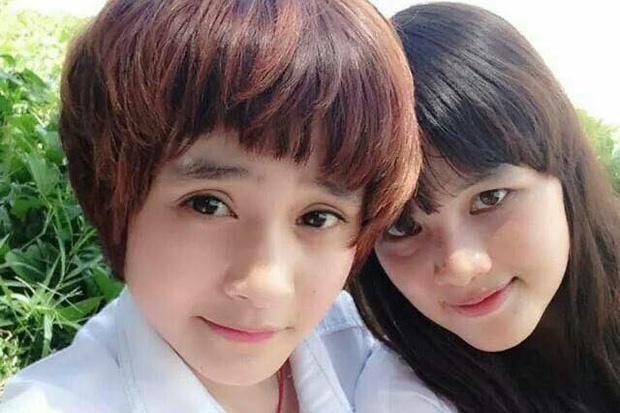 In the past, Hien Ho was paid 150 thousand / night to sing dozens of songs