Dowries are gifts that parents give to their daughters before returning to their husband’s house, be it cash, jewelry, cars, houses or other valuables. This is a wedding custom that takes place in many localities, with many good meanings.

If there is a list of the luckiest grooms of the year, a groom from Yancheng city, Jiangsu province, China, must be in the top. On the wedding day, the bride and groom were given a lot of “terrible” dowry items by their parents-in-law. 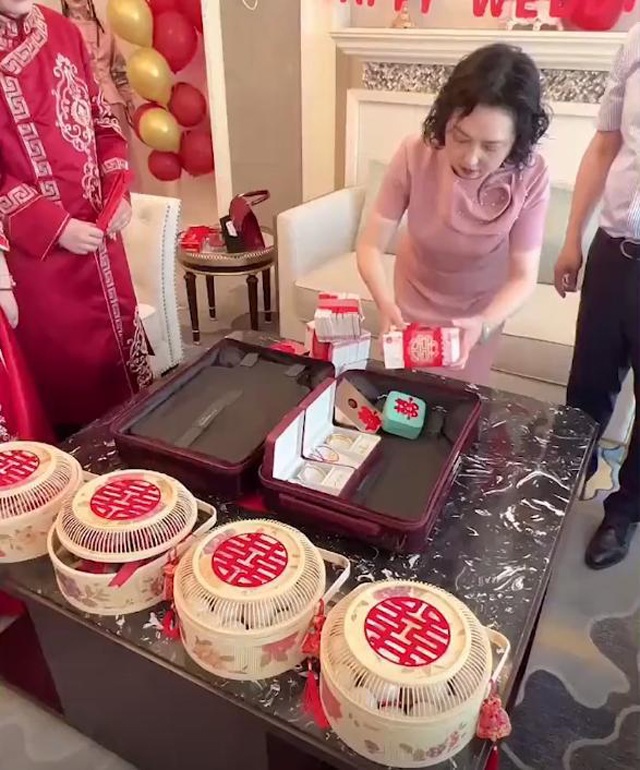 The wedding took place in early June 2022. Before the groom took the bride to the wedding hall, the wife’s parents brought dowry items to the table to prepare to give to the couple. The bride’s makeup artist took these photos and posted them on social media.

It is known that on the daughter’s big day, the bride’s parents gave gifts including 400,000 yuan (nearly 1.4 billion VND) in cash tightly packed in a suitcase, a Mercedes car. -Benz C-Class, red book of 2 houses and many other gold and silver jewelry. 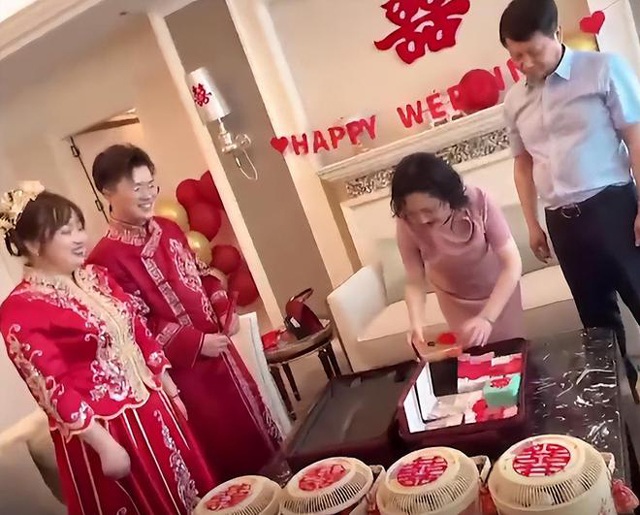 Receiving such great valuable gifts, the bride and groom could not contain their happiness and joy. The couple standing next to each other laughed “busy” from beginning to end, constantly thanking their parents. After that, the bride’s parents also sent their blessings to their two children, hoping that they would soon give birth to have grandchildren to carry.

After these images were posted on social media, it quickly attracted great interest. Netizens left many mixed comments. Some people think that the bride’s family is too boastful and wasteful. On the contrary, many others also expressed admiration and envy for the bride and groom. 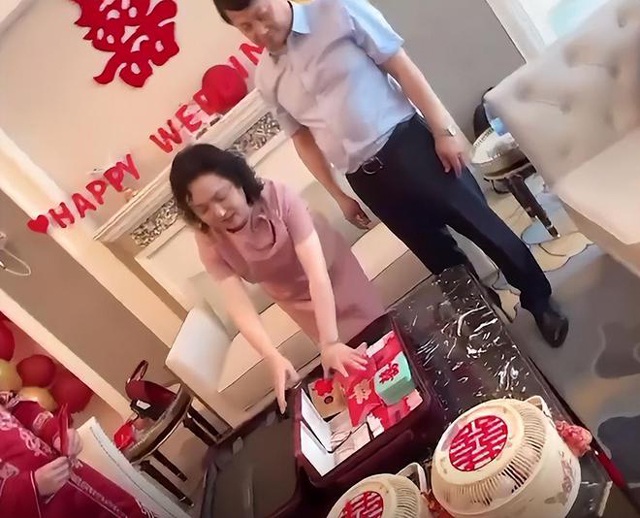 “The bride’s family background is definitely not average.”

“It’s amazing. The groom is lucky to have such a wife.”

“This is not only a dowry for the daughter, this is also the entire trust and love of the parents-in-law for the son-in-law.”

“The bride and groom look very well matched, what a talented boy and girl.”

“Marriage is not a business, is it necessary to brag like that?”…

Drift motorbikes hit cars consecutively, the driver has a disaster-Media 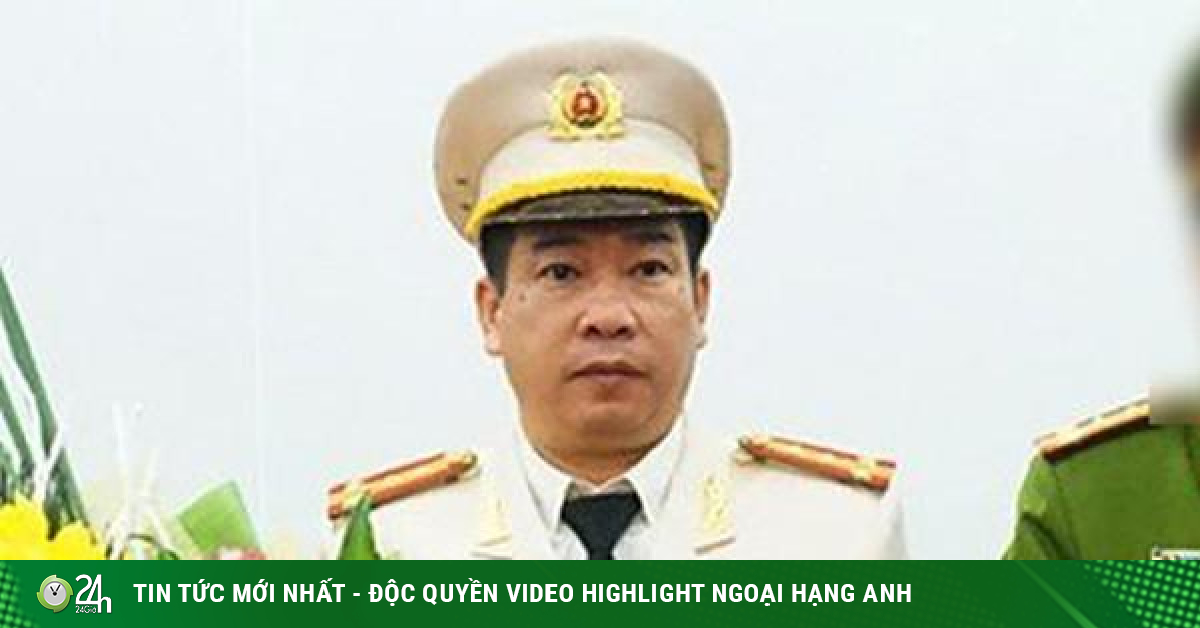 Mr. Phung Anh Le’s wife allegedly read to a witness who wrote a letter of apology to her husband 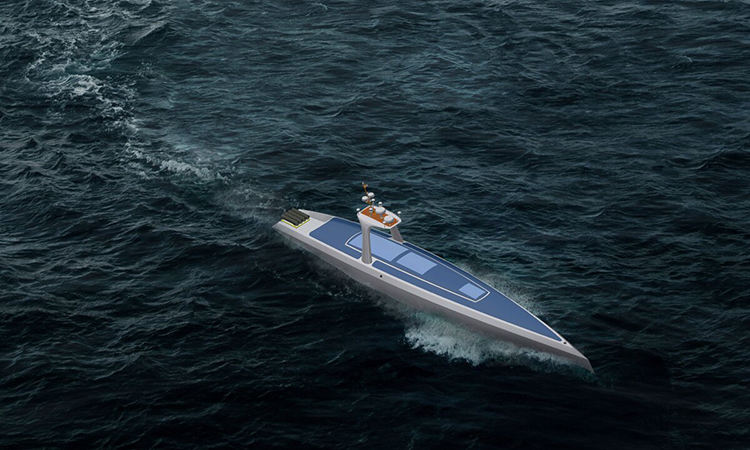 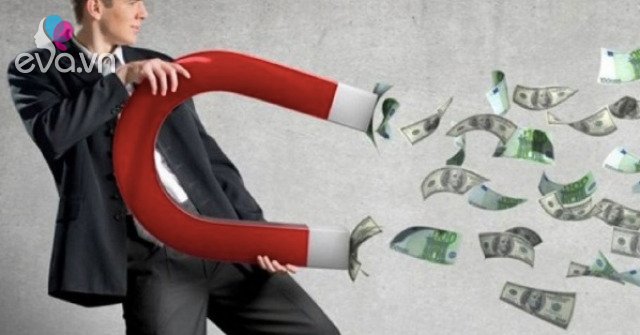 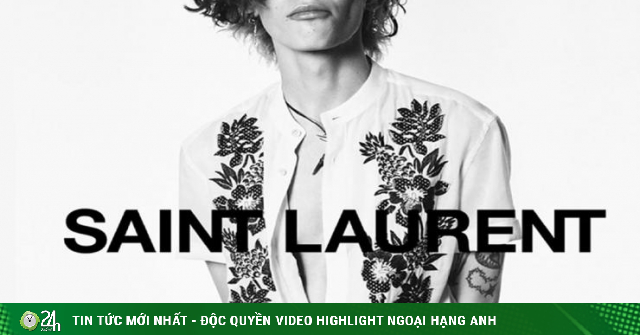