The Malaysian press admitted that U23 of this country was far away from U23 Vietnam after a 0-2 loss on the evening of June 8, thereby saying goodbye to Asia U23 without any points.

“Malaysia U23 loses again, ends Asian U23 with empty hands”Vocket FC wrote after the last match of Group C Finals AFC U23 2022.

“The young Malaysian players left empty-handed after losing 0-2 to Vietnam in the final round of the Asian U23 group stage, taking place at Lokomotiv Stadium, Tashkent.

As a result, U23 Malaysia ended this tournament without knowing a win and only scored one goal against South Korea U23, while receiving 9 goals.

A statistic that should be taken seriously by many, although no target has been set for coach Brad Maloney’s team.”.

Vocket FC admits Malaysia U23 behind a rather long distance compared to U23 Vietnam, with special emphasis on the quality of Nham Manh Dung.

“As expected, the young Malaysian squad had difficulty catching up with the superior structured play of U23 Vietnam.

In addition, Nham Manh Dung is clearly a problem of the ‘Golden Tiger’ with the great qualities of the 22-year-old player.

Manh Dung proved his ability with the opening goal for U23 Vietnam, with a header from close range after Nguyen Thanh Nhan’s impressive cross.

In extra time at half time, U23 Vietnam was awarded a penalty after VAR showed the handball of Hairiey Hakim Mamat. Moreover, Hairiey was also given a red card.

Bui Hoang Viet Anh’s penalty was saved by goalkeeper Firdaus, but the captain of U23 Vietnam made a back-kick to score the second goal.

Malaysia U23 maintained discipline to not concede more goals in the second half. U23 Vietnam and U23 Korea are the teams that won tickets to the quarterfinals..

Metro newspaper also admits the fact that U23 Malaysia is far behind U23 Vietnam.

The match saw Brad Maloney’s team not show the resilience as previously claimed, to get a positive result and have to accept to leave the tournament empty-handed.

In fact, the first half saw the Vietnamese U23 squad overwhelming when they often made dangerous attacks. That effort paid off when Nham Manh Dung headed the scoring in the 28th minute.

Malaysia U23 continued to be at a disadvantage when Hairiey Hakim was red carded in first-half stoppage time when the ball touched his hand. The referee blew the penalty and Bui Hoang Viet Anh needed a back kick to score the second goal of the match.

With a lackluster kick, coach Maloney made three substitutions to try to close the gap, but in vain when there were no obvious opportunities. The score of 2-0 remained the same until the end of the match, bringing U23 Vietnam into the quarterfinals with South Korea U23 – the team that won Thailand U23 1-0.. 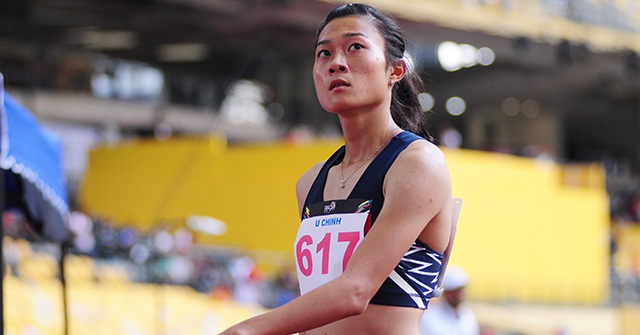