Accordingly, many people understand that long-term ownership means that the land is still the buyer’s, even if the construction term expires, and if the term is 50 years, the location is re-planned and not an apartment building. which is a public work or traffic route, the state is entitled to recover without compensation due to the expiration of the time limit. 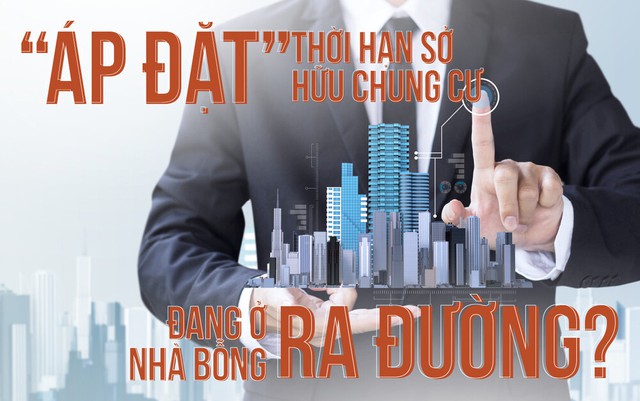 The proposal to “impose” an immediate term for apartment ownership has brought about a lot of debate, because this is a very large population issue that may affect tens of millions of people in the future. Some agree that limiting apartment ownership is reasonable, and many countries around the world have also applied it. This helps to solve the situation of expired and degraded apartments that cannot be renovated or built like today. In addition, it also helps to prevent apartment prices from being “towering”.

However, most opinions disagree with the above proposal and think that if the ownership is only 50 years, the apartment will “depreciate”. Because for each resident, housing is an asset to be saved, when the apartment is only owned for a limited time, it means that for many years of accumulation and then “empty hand”.

Mr. Hoai Duc (Binh Thanh, Ho Chi Minh City) said that many families strive and accumulate to own their own house, this regulation is no different from people renting long-term houses: “Family. My family had to accumulate many years to buy an apartment in the city that with such regulations was like throwing money out the window. Then when the term expires, where will my family live, and how will my children and grandchildren live? Not to mention, after 50 years, land prices will certainly increase many times.”

Sharing the same concern, Ms. Thanh Huyen (District 1, Ho Chi Minh City) shared: “My wife and I have accumulated money and also targeted an apartment, but a few days ago, parents on both sides heard that the apartment was only owned by the owner. Owners for 50 years in a row resolutely resisted and thought that they had to buy land, if they didn’t have enough money, they would return to their hometown, making the couple extremely confused.

Mr. Ngo Quang Phuc, General Director of Phu Dong Real Estate Joint Stock Company, said that in the common culture of Vietnamese people, housing is not only a place to live but also has inheritance value. Currently, except for the two largest cities, Hanoi and Ho Chi Minh City, people in general do not have the habit of living in apartments. In the remaining 61 provinces and cities, it is difficult to sell apartments, except for the core areas of central urban areas.

“If you choose a policy of 50-year ownership, it will be very difficult to achieve the Government’s goal of encouraging habits and customs in apartment buildings. Even people will be more confused with this type of housing even though the house price will be cheaper, but even if it is cheap, it is not necessarily the choice of people. This is a macro policy related to the whole society, so in order to do this, we need to study very carefully and consult experts and those affected,” Phuc said.

Is there a “stuck” with the goal of encouraging apartment living?

However, from the practical point of view, the common culture of Vietnamese people, housing is not only a place to live but also has inherited and saved values. Currently, except for the two largest cities, Hanoi and Ho Chi Minh City, people in general do not have the habit of living in apartments. In the remaining 61 provinces and cities, it is difficult to sell apartments, except for the core areas of central urban areas. If the proposal for a 50-year apartment building is approved, it will be a “shock” to the market, making people even more confused and no longer “satisfied” with this type of housing.

Regarding this issue, Mr. Le Hoang Chau, Chairman of Ho Chi Minh City Real Estate Association (HoREA) said that, at the present time, there should not be a regulation that “owns an apartment for a period of 50 years. , 70 years”. The reason is to match the thoughts and aspirations of the people who want to “own apartments and houses along with stable and long-term land use rights”, because this is a valuable asset that they want to leave behind. children and grandchildren, so as not to cause “fluctuations” in the real estate market and in society.

According to Mr. Chau, the handling of apartment buildings that have reached the end of their “lifetime” and are “dangerous” for users must comply with the policy mechanism specified in Decree 69/2021/ND-CP of the Government “on “renovating and rebuilding apartment buildings” is feasible.

In addition, Mr. Chau said that the mandatory issue of “owning an apartment with a term (50 years, 70 years)” applies to new apartment building projects when building the Project. The Law on Housing (revised) in the coming time needs to be further studied carefully and assessed the impact thoroughly and it is necessary to consult the people who are the main affected subjects.

However, it is also necessary to encourage businesses to implement the project of an apartment building with a term similar to the current “serviced apartment” project with a term of ownership of a “service apartment”. According to the project term, common is 50 years. This type of apartment has a selling price of only 70-80% of the price of a permanent apartment for customers to choose and get acquainted with the product of a limited-term apartment.

The fate of apartments after 50 years: How is the world managing?

Looking from countries around the world, many places have applied the apartment age. For example, Singapore, in the first phase, this country stipulates ownership of these apartments for only 30 – 50 years.

After that, when the quality of the works improved, the government extended the time to 70 years and with the new apartment buildings like today, the “life expectancy” was also raised to 99 years. 15% of commercial apartments invested by private enterprises are owned forever by the prescribed term of 999 years, but according to the regulations, commercial houses to a certain “age” must also be remove.

Or in China is also applying a 70-year lease and is drafting a law to extend the contract unconditionally. Meanwhile, Hong Kong automatically renews for old properties, on an annual fee basis.

Leaders of the Ministry of Construction affirmed that in the case of applying the plan to issue pink books with a definite term, after the expiry date, the authorities will inspect the quality of the apartment building, if it ensures the bearing capacity. , safety will extend the time of use, there is no matter of “evicting” people from the apartment. However, the quality of apartments is no longer guaranteed after 50 – 70 years is “obvious” and what to do when the apartment is degraded is still a problem not only for Vietnam.

In the Philippines, the 1966 Condominium Law provides that apartment owners are obliged to contribute costs for periodic repairs to the apartment they own. Once residents fully own an apartment, they have the same status as a shareholder and have the right to participate in deciding how to handle the apartment when it is seriously degraded. If it has to be demolished, the value of the project’s land, along with the remaining assets after demolition, will be divided equally among the households.

Or in Japan, even a rich and powerful country in the world, has also faced challenges in apartment management, especially in the problem of renovating old apartments. Regarding renovation projects, the Government also creates favorable conditions for investors, with the usual support budget of 1/4 or 1/5 of the total project cost. In addition, the government of this country can also facilitate businesses to bid old apartments into commercial housing. On the people’s side, they are supported by not having to pay income tax until they get a new home, and at the same time reducing property tax by 50% for 5 years. In case you want to move to another place, you will be supported to buy cheap housing.

In general, the main form of apartment renovation in countries around the world is demolition, rebuilding or periodic remodeling. The key to the success of restoration projects is to perform well the stages of socialization and attract businesses to contribute capital. In addition, there should be cooperation and unity among the people, investors and government agencies. Therefore, the “imposition” of a 50-year or 70-year ownership period also needs to be carefully considered to agree with the opinions of the people.


According to Chang Anh

The hottest sport on the morning of June 10: Nadal is still uncertain about attending Wimbledon

4 types of eating slow down metabolism, difficult to lose weight after the age of 40 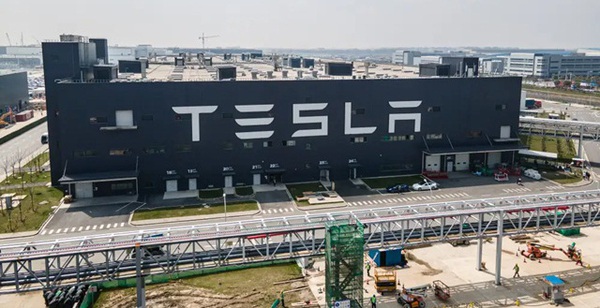 Tesla hands over many cars in the first quarter of 2022 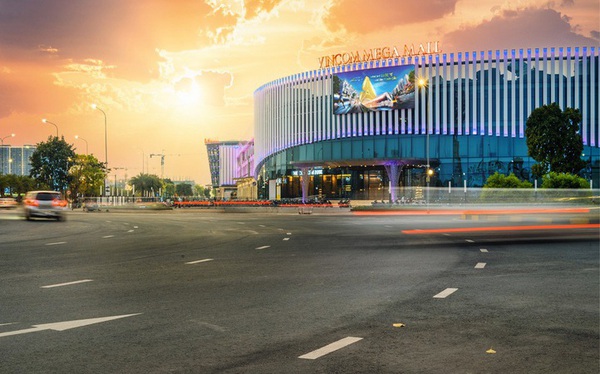 Vincom Retail made a profit of 378 billion dong in the first quarter of 2022, about to launch a commercial center with a scale of 68,000 square meters 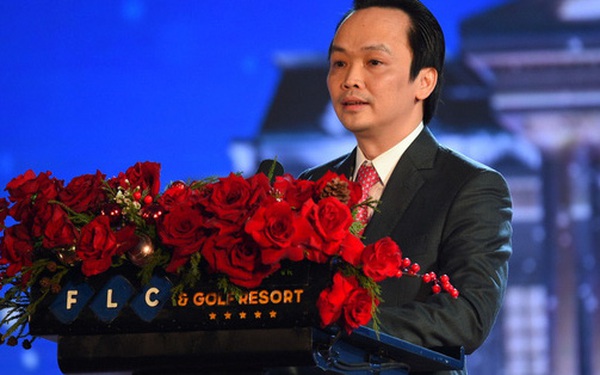 Which banks are the creditors of Mr. Trinh Van Quyet and FLC Group? 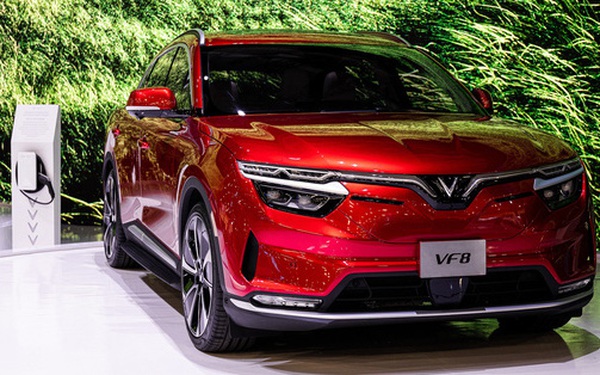 After the US and Europe, one more country is selected by VinFast to get closer to the goal of becoming a global electric car brand.