China has a very special ancient town, surrounded by water, with no roads or large bridges connecting the town to the county city. Visitors who want to come here can only take a boat, no other means of transport.

That is the ancient town of Dan Chau in Tam Giang district, Liuzhou city (Guangxi, China).

Dan Chau – an ancient town floating on the water 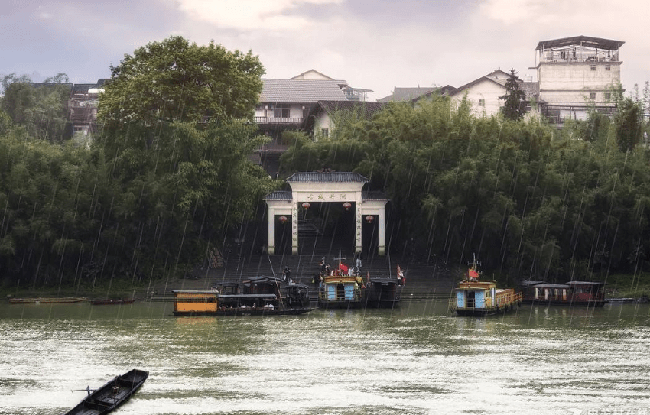 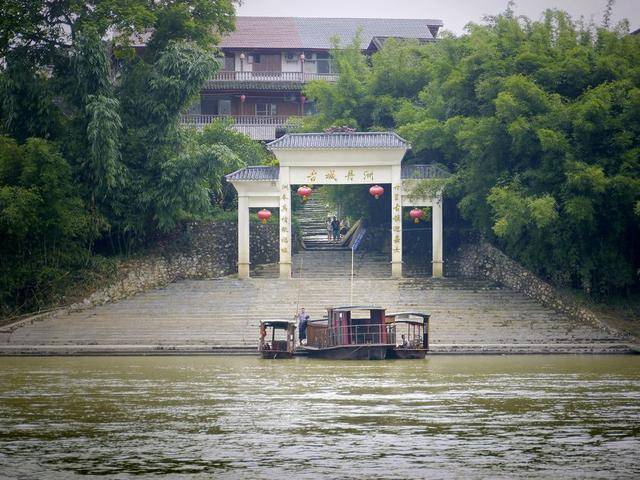 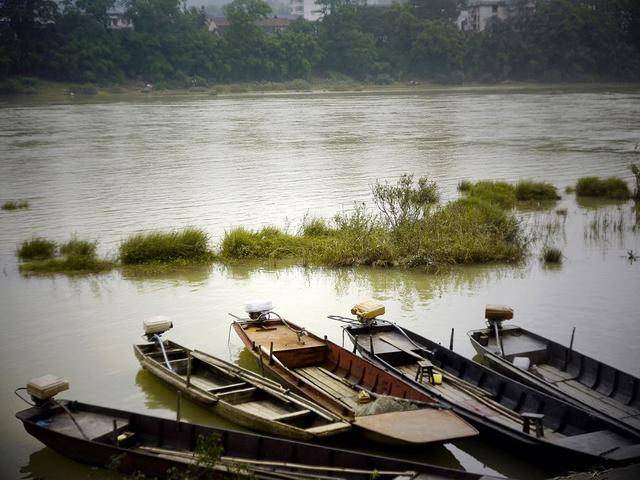 Danzhou ancient town is located in the border belt of Guangxi province and Hunan province. The four sides are surrounded by the Lieu Giang River, forming an oval island in the middle of the river bed. When the water is high, Dan Chau is like an ancient town floating on the water. Many people also call this place a unique floating town on the river in China.

This obscure topographical feature makes Dan Chau ancient town tourism not developed. Therefore, this place has become the most “modest and most remote” ancient town in Guangxi, many people have not even heard of the name Danzhou.

However, this ancient town was actually established as early as the Ming Dynasty and has a history of over 400 years. 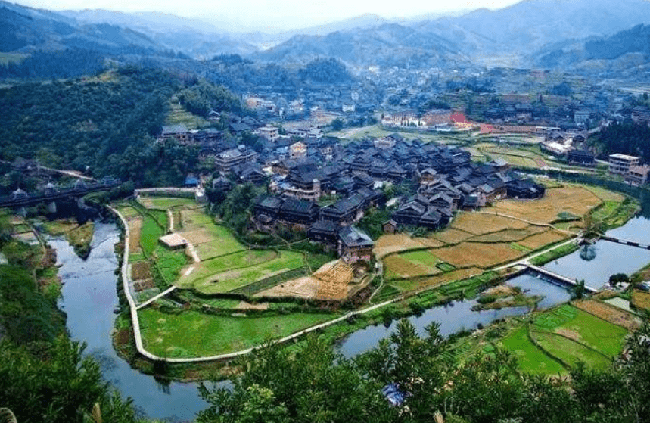 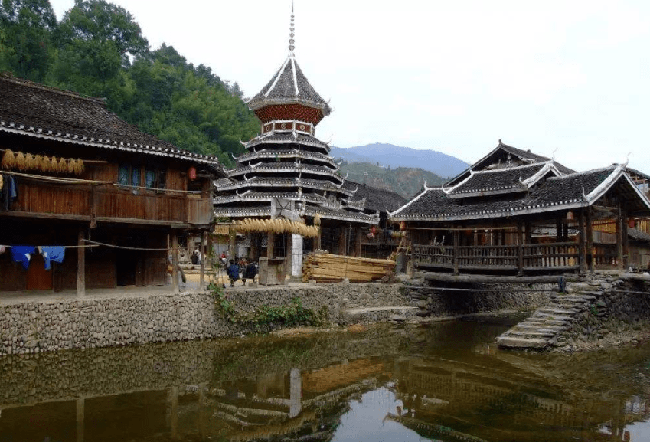 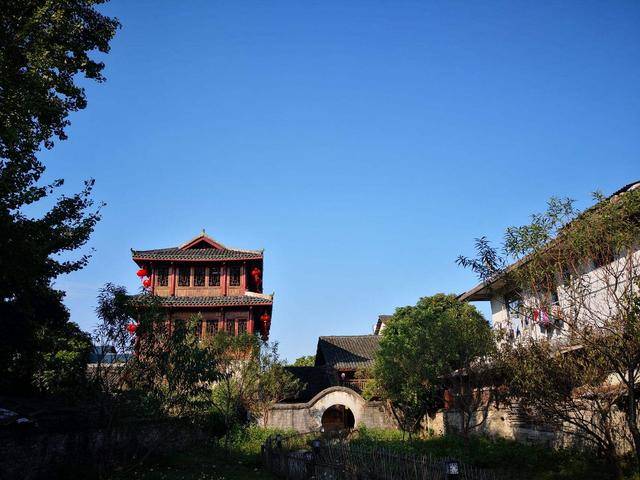 Unlike the newly built artificial ancient towns in many other places, Dan Chau is a place to keep traces of real ancient times. The water enters the town, the streets and walls are paved with dark gray moss as if telling old stories, helping you to live in an idyllic old society full of humanity. From a distance, the ancient town of Dan Chau appears like a giant black pearl in the blue water.

In the town, there is a very large cultural work, which is the ancient wall of Dan Chau. The wall was built during the Ming Dynasty with a total length of 879 meters and a height of 5.3 meters. It played a very important role in the ancient turmoil and flood prevention work, still intact today. 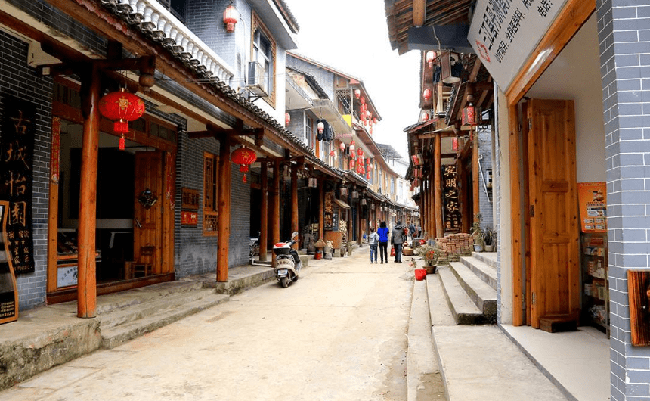 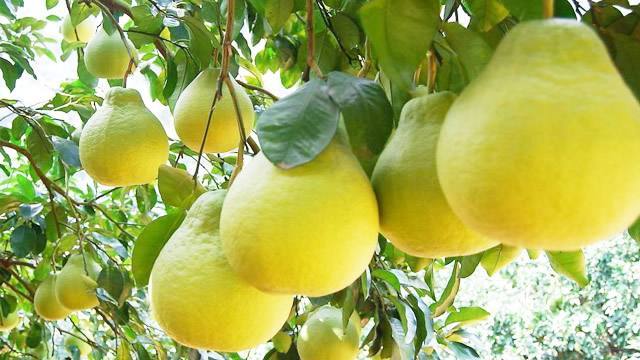 Dan Chau has up to 1100 pomelo trees with hundreds of years old. Every November is also the time when the Grapefruit Festival takes place, the villagers are eager to pick and sell pomelos. Visitors can eat their fill at this time. Perhaps this is the paradise of girls who want to lose weight and desire to have a slim body!

In addition to grapefruit specialties, Dan Chau ancient town also has charming natural scenery and ancient cultural and architectural works. Surrounded by calm water, the environment on the “island town” is extremely beautiful, 80% of the area is covered with vegetation. The surrounding riverbank also has dense green lawns, creating an atmosphere full of vitality that pervades the town. 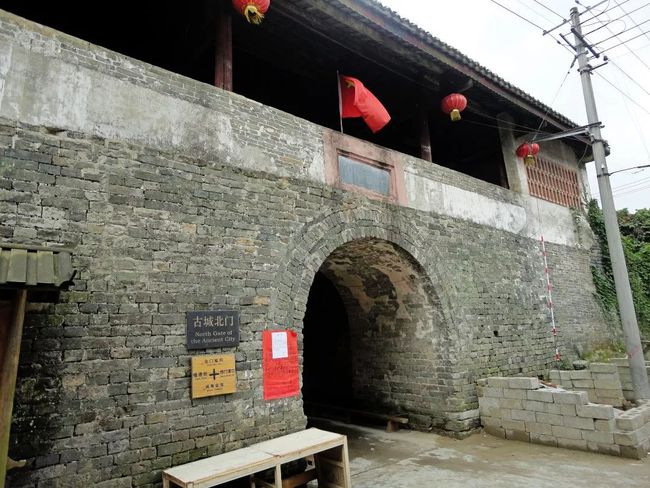 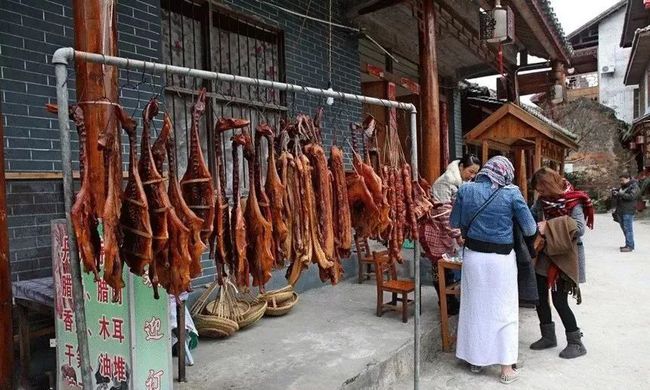 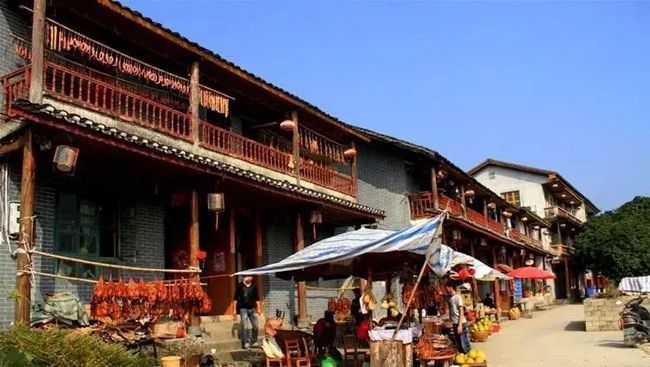 While most other ancient towns increase ticket prices to generate revenue, Dan Chau implements a free ticket policy. This place welcomes visitors to visit and learn about the unique ancient town, but they do not want to take money or any benefits.

The simple and modest lifestyle makes Dan Chau ancient town a paradise for those who want to cleanse their souls and find peace and love after the chaos in the city.

Don't Try To Laugh Funny Videos - Try It! You laugh, you lose 🤣 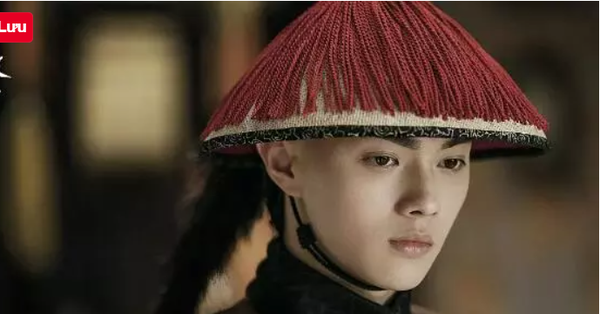 Powerful but powerless to let the mistress go 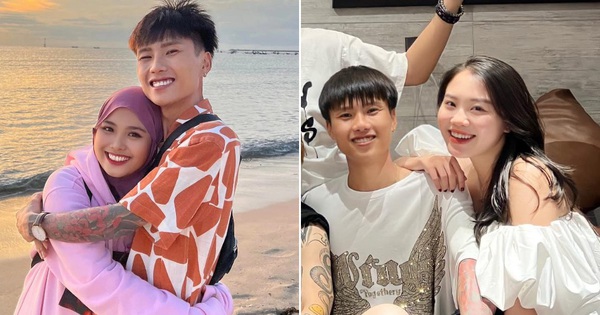 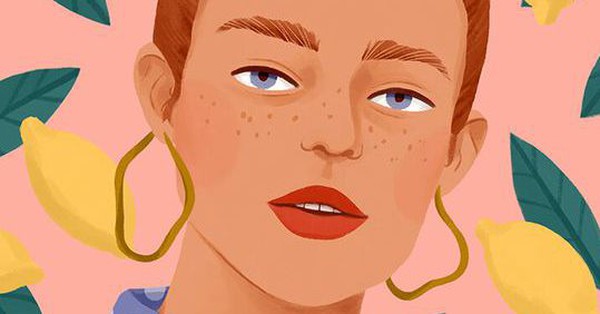 Owning these 10 SIGNS, you have really grown up 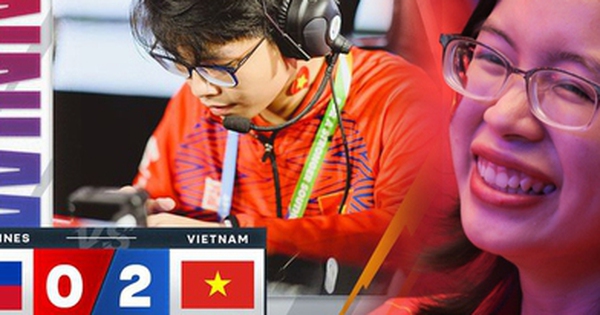 Vietnam’s Lien Quan had its first victory at SEA Games 31, and Lien Quan’s female fans were on fire on the opening day!