ChinaWithout a job, Tu Tuu felt self-conscious because of his adopted wife, and at the same time became violent and suspicious, constantly refusing to be “close” to show “power”.

Tu Tuu, 36 years old, and his wife Tan Kim, 35 years old, live in Song Trai village, Yingde city, Guangdong province. There are only more than a hundred households here, the people in the village basically know each other.

On February 27, 2011, Kim went to a neighbor’s house, surnamed Truong, to ask for help plowing the field to plant peanuts next week. But when the job was over, Truong was unable to contact Kim. For the next two weeks, he did not see Kim again. Truong came to visit, Tuu told him that Kim had returned to the factory, had to work overtime, so he could not return.

Kim works and lives in a factory in the district, only taking care of family and farm work until the weekend.

Two days later, Truong accidentally met Tuu’s cousin, who lived in the same village. Truong said he hadn’t seen Kim for the past two weeks. Cousin immediately came to the house to visit. Tuu still replied that his wife went to work at the factory, but her words faltered and could not give a specific reason why Kim did not return.

Worried that something would happen, her cousin called her sister-in-law’s colleague and learned that Kim had not come to work for more than two weeks. Contacted several relatives and friends of Kim, no one has seen her in the past two weeks. Kim was last seen on February 27 when she went to see Truong.

Hearing rumors that Kim had an accident on the way to the factory, his cousin went to the police station to report it on March 15, 2011.

Before questioning by the police, Tuu very calmly said that his wife was working at the factory, contrary to the revelations from Kim’s colleagues.

Checking Tuu’s house, the police found a pile of rice spilled on the bedroom floor. At that time, it was the rice harvest season, and households would dry the rice and store it in sacks to avoid mold. Arbitrarily pouring rice on the floor like Tuu’s house made the police find it strange. They suspect that the sack that originally held the grain had been spilled and used for something else.

In the couple’s bedroom, police discovered up to 21 blood stains that looked like they were being shot.

At this time, Tuu was no longer calm at first, his whole body trembled, but he still remained silent. Being considered a suspect in the case, Tuu was immediately controlled by the police.

Going to the sundries room, the police’s suspicions increased when they saw that this place was equipped with three locks, two of which were installed not long ago. As soon as the door was opened, a strong stench wafted out.

In the small room, the only window was closed by wooden planks, there was almost no light. In addition to some normal farm tools, the police discovered in the middle of the room there was a small mound of earth, the soil on which was very loose and slightly moist, it seemed that it had just been dug up and then filled.

He appeared restless, shaking violently. Just when the police were about to dig the ground, Tuu suddenly said: “I killed my wife”. Beneath the dirt was a sack stuffed with Kim’s body. Through an autopsy, the victim died from being stabbed in the chest and back, causing the liver to rupture.

Tuu and Kim have been together for more than 20 years and have two children, a boy and a girl. Because of the poor family situation, the two children dropped out of school early to work as hired labor in another locality. In the eyes of the villagers, Tuu and Kim live happily, sometimes quarreling but not having major conflicts. Knowing Tuu killed his wife, the people around found it hard to believe.

After confessing, Tuu confessed his motive for the crime.

Around 23:00 on February 27, Kim came home from work and wanted to be close to her husband. Tuu refused with the excuse of being frustrated, not in the mood. Kim continued to wrap her arms around, being yelled at by Tuu: “If you stay like that, I’ll kill you too”. Thinking her husband was just joking, Kim still demanded intimacy. Unexpectedly, Tuu got up and went to get a pig slaughter knife – an heirloom left by Tuu’s father, who was a butcher.

Tuu said that he felt that fate was unfair, that he was a poor loser, bullied by his wife. He angrily blamed all the blame on his wife through knife strikes.

Always intending to commit suicide. But after he accidentally cut his hand with a knife, it hurt so much that he didn’t dare.

Tuu hid the knife in the cupboard, thought of a way to bury the body in the house because he lived alone, normally no one came to visit. After cleaning up the scene, disposing of the body, Tuu brought blood-stained clothes and blankets outside the house to burn.

According to the testimony, he was temporarily angry and killed when she repeatedly asked for intimacy. But police believe that his real motive for murder is not so simple.

Tuu and Kim got married in 1991, at the age of 15 and 14. Kim gave birth to a daughter in 1993 and had another son a year later. At the age of 17, Tuu had to take care of two children, all kinds of expenses, making life even more difficult for a family that was not rich.

Wanting to make money fast, Tuu started gambling and got into a lot of debt. In 2007, Tuu went to prison for colluding with others to sell counterfeit money. After serving his prison term, Tuu returned, didn’t go to work anymore, went to neighbors’ houses to chat and drink tea every day, completely relying on his adopted wife.

In addition to family expenses, Kim also had to bear the previous gambling debt but still did not abandon Tuu. On weekdays, Kim goes to work in the factory, and at weekends comes home to work in the fields. The villagers all praised Kim for being brave and resourceful, saying that getting a wife like Kim is Tuu’s blessing.

But in Tuu’s eyes, his wife’s resourcefulness is a satire, hurting the self-esteem of a man like him. He felt that he was useless, clinging to his wife, but he did not have the courage to change, so he gradually became suspicious and self-deprecating.

After going to prison, Tuu said: “I can’t do anything, I have to rely on my adopted wife. It is common sense that I raise my wife, otherwise it makes me uncomfortable in my heart”.

Having nothing to do all day, Tuu began to think around, the more he thought, the more pressure he felt, wanting to show “power” by beating and berating his wife to vent his frustrations, not wanting to be intimate with his wife.

In addition, at that time, Kim’s factory had to work overtime because of a large number of orders, so he couldn’t go home at the weekend. Tuu suspected that his wife had a mistress and looked down on her husband. So, when his wife asked for a relationship, Tuu’s long-repressed emotions broke out and didn’t want to continue living like that.

After the murder, Tuu and Kim’s two children rushed back but were pointed at by people around and did not dare to go out. Both of them hate their father for destroying the whole family, destroying their future, hoping Tuu is never released.

"No one in the transport industry dares to do wrong..."

An effective method of studying for the final Biology exam 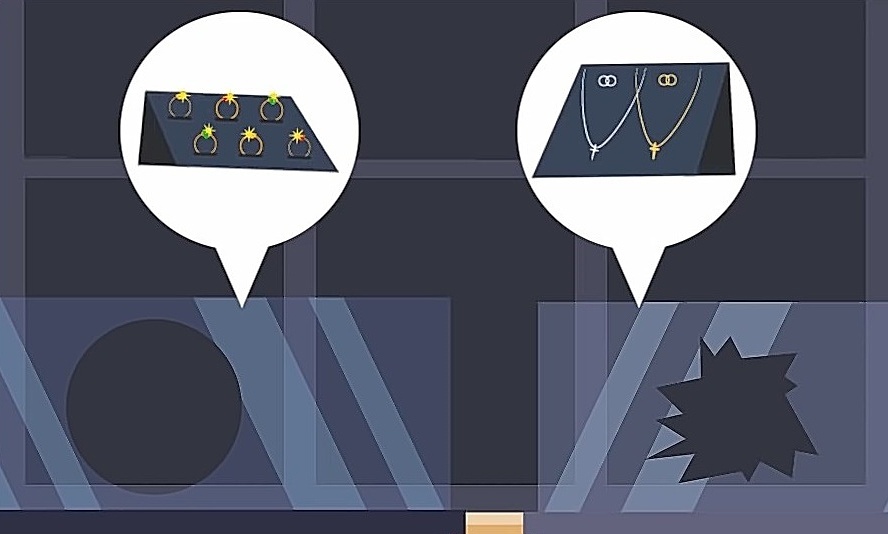 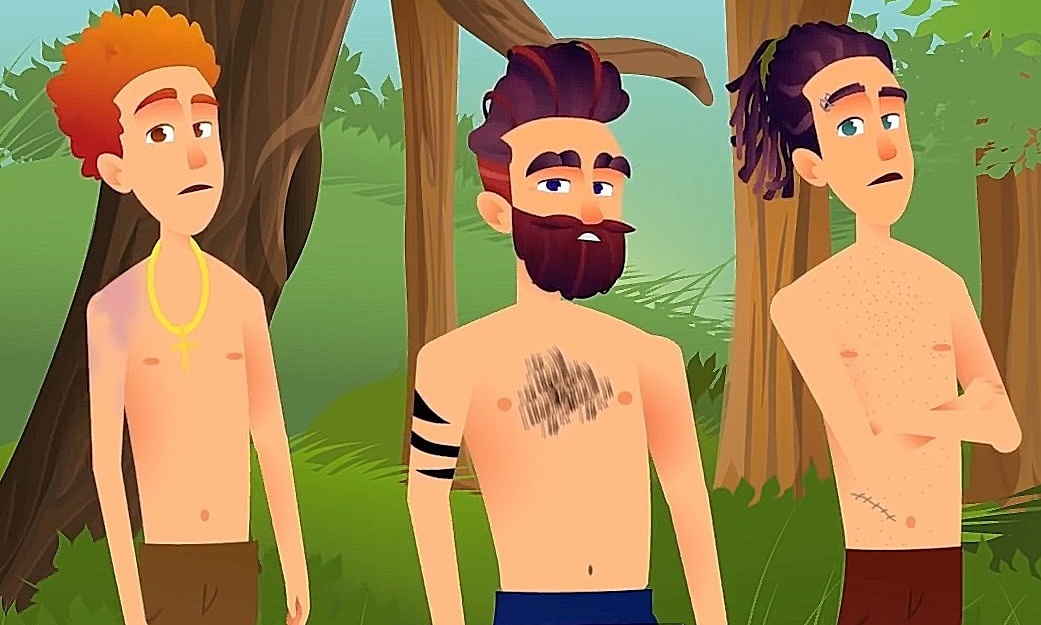 Which hunter is the killer? How was the ‘secret’ of a tycoon trading 1 ton of explosives deciphered by the police? 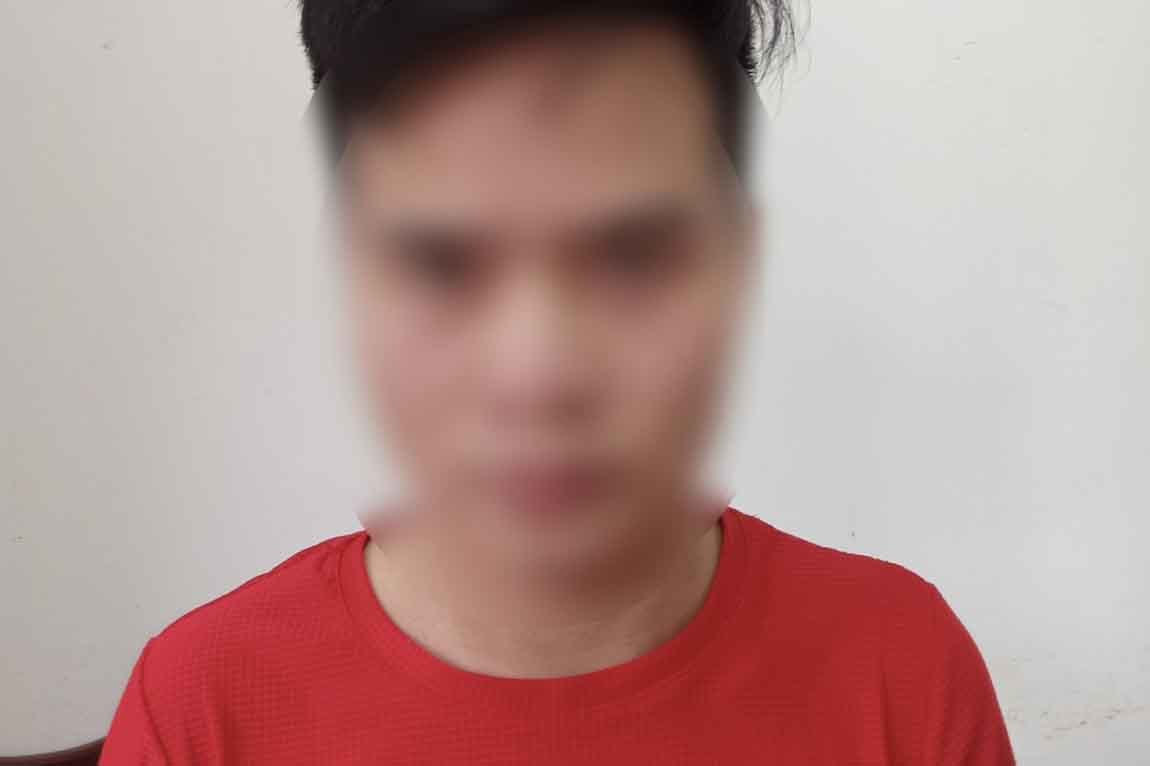