The young man who created a fake Facebook account posted articles for sale of excavators at competitive prices from Laos to Vietnam, but after the customer made a deposit, the object appropriated it to spend.

On June 9, the Department of Cybersecurity and High-Tech Crime Prevention, Bac Ninh Provincial Police coordinated with the Office of the Police to investigate and arrest Nguyen Trung Hieu (SN 1996, in Me Linh district). , Hanoi) on the act of deceiving property.

According to investigative documents, around March 2022, Hieu set up a fake Facebook nick named “Nguyen Tuan” to post ads for selling excavators at competitive prices from Laos to Vietnam.

When he has a customer, he requires a deposit from 20% to 30% of the value in advance and promises to ship the car to Vietnam in 7-10 days to deliver to the customer. But after receiving the deposit, Hieu did not deliver the car as promised, but appropriated the money to spend.

With the above trick, from March to May, Hieu cheated and appropriated the properties of 14 victims in provinces and cities across the country with a total amount of more than 7.3 billion VND.

During the investigation process, the police agency seized 2 phones, 1 bank card, more than 200 million dong and 2 cars that belonged to Hieu due to crime.

The case is surveyed expanded.

The Russian capital is filled with the scent of siren flowers

After exactly 10 years, Angela Baby's face has a ball because of cutlery? TH true MILK: Practical action to reduce up to 260 tons of plastic waste every year 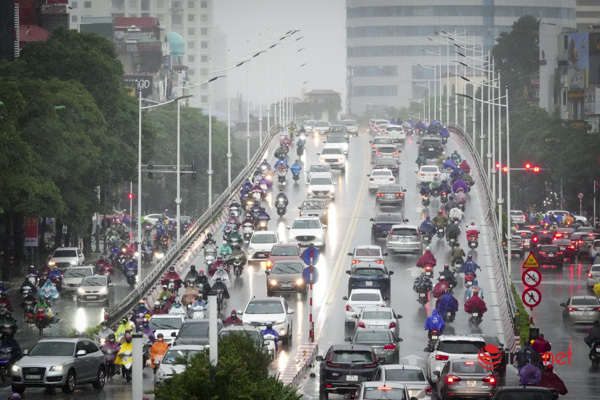 How long do thunderstorms in the North last? It is forecasted that the weekend will have cold air out of season, the end of the month will be hot again

Waiting for a red light for too long, the male driver broke the traffic light