In recent days, suddenly appeared a “wave” of land at Thanh Ha Cienco 5 urban area project after many years of lying motionless due to the project’s mistakes and stopping all construction activities. As noted by PV, the real estate brokerage floors here are bustling, customers come to trade, buy and sell villas and adjacent houses as busy as a “real estate market”.

The cause of the land “wave” here is because brokers are handing over documents of Cienco5 Real Estate Development Joint Stock Company – the project investor about the announcement of the start of construction of low-rise housing projects. Thanh Ha urban area project Cienco5. 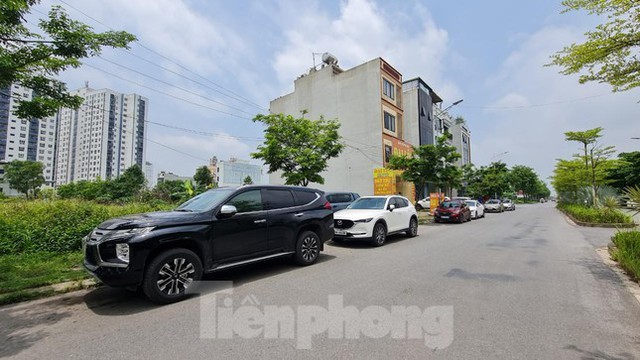 The price of villa and adjacent land in the Thanh Ha Cienco 5 urban area project is being pushed up after it was announced that the construction of low-rise housing would begin. In the photo: Cars lined up in front of brokerage offices in Thanh Ha Cienco5 urban area to buy land. Photo: Ninh Phan.

In the role of a need to buy adjacent villas, PV was told by a brokerage staff that the land of Thanh Ha Cienco urban area is having a new “wave” of price increases after the investor announced the start of the project. low-rise building project at lot B1.1. Currently, the price of villas and adjacent plots here ranges from 60-65 million VND/m2.

Not only at the location of the land with the announcement of construction of an increase in price, but the prices of lots at other locations also increased accordingly.

For example, villas with an area of ​​​​200m2 are priced from 50-60 million VND/m2, while lots with a large area of ​​​​over 300m2, prices range from 46-47 million VND/m2. This price is higher than the time before it was announced that the owner started the construction of low-rise buildings from 4-5 prices. Even, there are lots that increase up to 10 prices but have goods for sale.

“In the past few days, many customers have come to transfer transactions, the company has to increase the night shift, sometimes until nearly 23 o’clock at night. You should buy at this time because it’s at the beginning of the wave, if you leave it for a few more days, it will be the middle of the wave, at the end of the wave, the price will reach the top, it will be difficult to surf and make a profit”, this broker offered.

Immediately after receiving information about the land storks “blowing prices” in Thanh Ha Cienco5 urban area, Hanoi authorities had to issue a written request to stop all construction activities at the project.

Accordingly, the People’s Committee of Ha Dong district has an urgent dispatch requesting the Urban Management Department to assume the prime responsibility for, and coordinate with the Urban Construction Order Management Team, the People’s Committees of Phu Luong and Kien Hung wards to review legal documents and conditions. Commencement of work at Thanh Ha Cienco5 urban area project.

“Only allow the investor to start the work when fully completing the procedures for appraisal and approval of the project and design in accordance with the order and regulations of the law,” the document of the People’s Committee of Ha Dong district stated. . 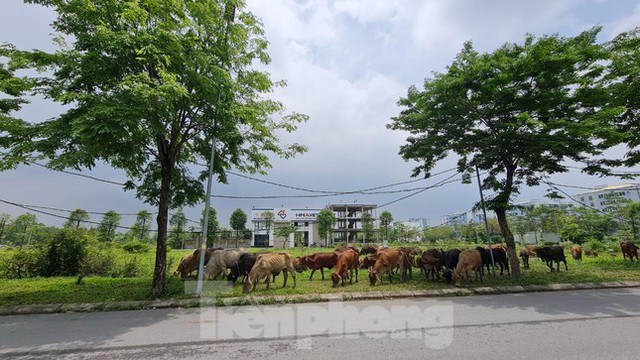 The local government requested the investor to stop all construction activities of Thanh Ha Cienco urban area5. In the photo: many villas, adjacent to the Thanh Ha Cienco5 urban area project are still abandoned, where people graze buffaloes and cows.

Meanwhile, the People’s Committee of Thanh Oai district said that the Hanoi People’s Committee and the Hanoi Department of Construction had written requests to overcome shortcomings and defects in order, procedures, planning, construction order, etc. land, but so far Cienco 5 Real Estate Development Joint Stock Company has not finished fixing it.

Previously, answering voters, the Hanoi People’s Committee said that it was continuing to urge the City Inspector, relevant departments, agencies and units to focus on definitively handling items that violate construction order at the project. this.

In which, the works in areas A3.1 and B2.1 include: 1 6-storey building, 1 basement with construction area of ​​500m2, 10 adjacent houses, 4 villas and 1 housing project. low-rise buildings, on October 17, 2019 the People’s Committee of Hanoi City issued the decision to sanction administrative violations No. 5798 for the investor due to improper construction of the approved planning with a fine of 120 million VND and request forcible removal of the wrong part.

On November 1, 2019, the investor has complied with the payment of fines and is fixing and dismantling the wrong part.

With the remaining violations, Ha Dong District People’s Committee and Thanh Oai District People’s Committee are continuing to review and complete the dossier to handle violations according to regulations. At the same time, strengthen inspection and supervision of construction activities of investors at the project in order to prevent and handle timely, not allowing new violations to arise.

A mother possessing these 5 virtues will raise excellent children 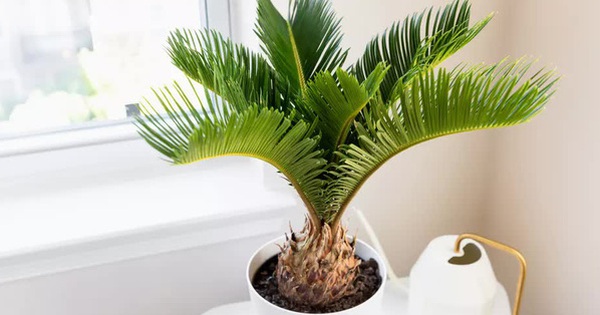 5 types of trees with an age of almost a hundred years, the longer the age of the tree, the more abundant the fortune of the owner, the money is always full 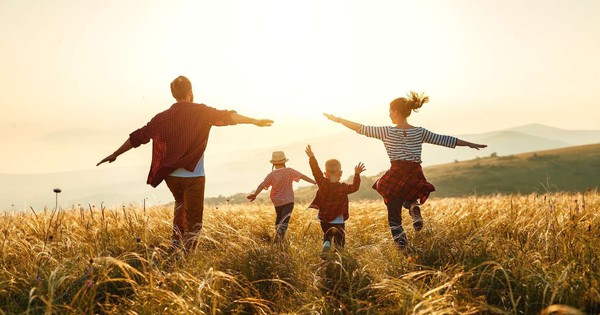 Crashed into the side of the container, the woman miraculously escaped death