In recent times, the name Nham Manh Dung has been mentioned with a dense frequency because the young player has had extremely “satisfactory” performances.

Nham Manh Dung is a player born in 2000, born in Thai Binh and grew up in the training center of Viettel. Manh Dung and teammates like Van Xuan and Van Toi were present in the U19 Vietnam squad for the 2018 AFC U19 Championship under coach Hoang Anh Tuan.

The player born in 2000 has an impressive height of 1m81. With the advantage of bodybuilding and modern football thinking, Manh Dung was gradually noticed and given opportunities by the coaches of U19 and U21 Vietnam.

During the 31st SEA Games, Manh Dung was one of the players given the opportunity to play officially by coach Park Hang-seo. Before that, many people were skeptical about Mr. Park’s choice when launching relatively young players.

Nham Manh Dung was previously considered a potential striker along with Tran Danh Trung, Tran Thanh,… However, he did not have many advantages when at Viettel. Until the recent V-league, coach Truong Viet Hoang pushed Nham Manh Dung down to the center-back with the main purpose of finding opportunities for him to play. 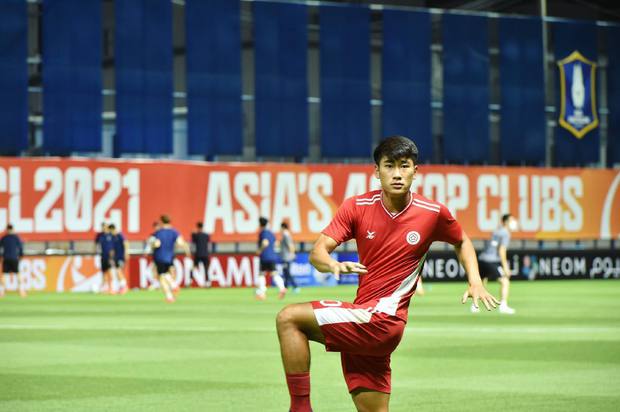 According to experts, Manh Dung is a player who has all the valuable qualities of a striker and has a quick thinking. With the advantage of bodybuilding, the 10x player has many times been ranked as a central defender. Even when he went to the national team and had to get used to the three defenders, the player born in 2000 was also the perfect piece in the left-sided central defender position.

3 goals made fans stir up

1. The tectonic screen brought Vietnam to the final of Sea Games 31

Many people put a big question mark when Coach Park crossed out an experienced player like Van Toi to give Manh Dung a chance. But the performance of the player born in 2000 in the match against U23 Indonesia dispels all doubts of the fans.

Not disappointing the coach’s expectations, Manh Dung proved his bravery right in the tense match with U23 Indonesia. He is also considered the “trump card” of the Korean coach in the case that the main striker Nguyen Tien Linh is “captured”. Manh Dung was the one who stretched for Tien Linh to score the opening goal in the 54th minute, opening the way for U23 Vietnam’s 3-0 victory.

Nham Manh Dung had an assist for Tien Linh to score in the opponent’s net. Although he did not start in the main team, Nham Manh Dung’s impressive performance made him mentioned a lot after this beautiful match.

2. Beautiful header creates a goal of a lifetime 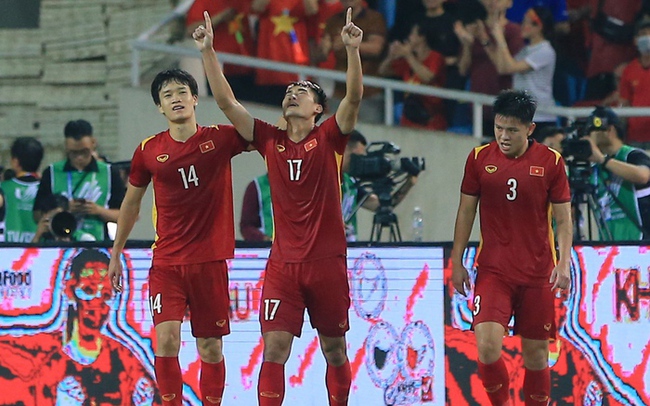 In the final match of U23 Vietnam against Thailand U23 at the 31st SEA Games, the Thai Binh native made fans burst into tears thanks to an extremely beautiful goal. Until the 84th minute Nham Manh Dung received Phan Tuan Tai’s cross, headed and scored the only goal of the match, setting a 1 – 0 victory for Vietnam U23.

This is the only goal scored during the match and also the decisive goal to bring home the gold medal for Vietnam.

“This is the most precious goal of my career. Moreover, it also brought home the gold medal in the SEA Games held in Vietnam,” Manh Dung said after the 1-0 victory at My Dinh Stadium. “In the last SEA Games, Vietnam won the championship. To re-establish this success, we had to overcome many difficulties. It is difficult to describe my feelings right now.”

It can be said that Manh Dung’s promotion to the striker position at the 31st SEA Games is the successful decision of the Korean strategist. Competing at home with a huge crowd cheering passionately, Manh Dung said it was a great feeling, but it was also a great pressure for the players of U23 Vietnam.

3. Continue to open the scoring in the match against Thailand U23 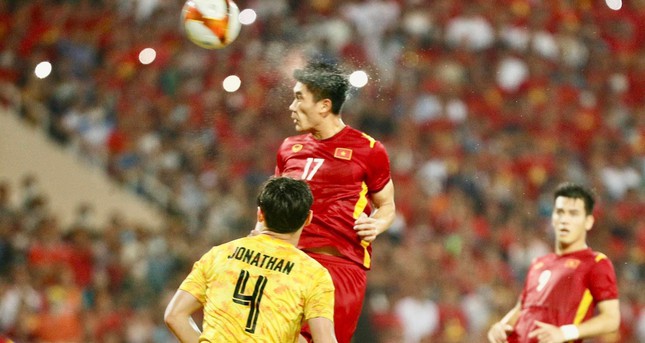 The first draw in history with U23 Korea has brought great confidence to Vietnam U23 players. However, to have a ticket to continue, U23 Vietnam must win against U23 Malaysia.

In the first half, the players of both teams were quite evenly matched. However, our players can still open dangerous situations for the opponent. Before that, Manh Dung was close to the Malaysian U23 goalkeeper, but the error control phase caused the opportunity to be missed. After a messy phase in the Malaysian goal, the Vietnamese player thought that the ball had rolled over the line.

Until the 29th minute, Manh Dung headed after Thanh Nhan’s cross, opening the score 1-0 for U23 Vietnam. One more goal of U23 Vietnam was made from the attack on the left side. According to fans, the goal of the player wearing the number 17 shirt is as beautiful as in the final of the Sea Games.

The first goal not only satisfies the fans but also helps to motivate the spirit of the red shirt warriors. Right after that, within the first 8 minutes of the second half, from the 11m mark, Viet Anh could not defeat goalkeeper Firdaus but still fortunately kicked to raise the score to 2-0. This result opens the door to the quarterfinals for U23 Vietnam.

According to experts, Nham Manh Dung can continue to play a key role for Vietnam U23 at the Asian U23 Championship and promises to have many more opportunities to shine in the future.

You are reading the article 3 times Nham Manh Dung made the fans burst with joy: From the assist to the beautiful header, the equalizer was a masterpiece of a lifetime.
at Blogtuan.info – Source: infonet.vietnamnet.vn – Read the original article here
June 9, 2022
Share
Facebook Twitter LinkedIn Tumblr Reddit VKontakte Odnoklassniki Pocket Skype Messenger Messenger WhatsApp Telegram Viber Line

The US strives to promote the development of solar power 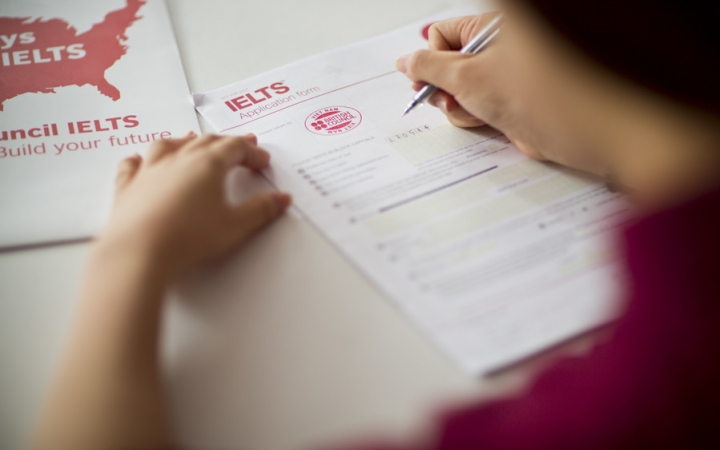 “The youngest female student with IELTS 9.0” causing a fever on social media was suddenly accused of receiving the “wrong” transcript: English Center apologizes, what did the insider say?

‘Bitter ending’ for a series of cars to overtake each other

‘Heartbeat’ with the driver’s ‘forever’ backing screen, the luxury car rushed like an arrow into the roadside shop 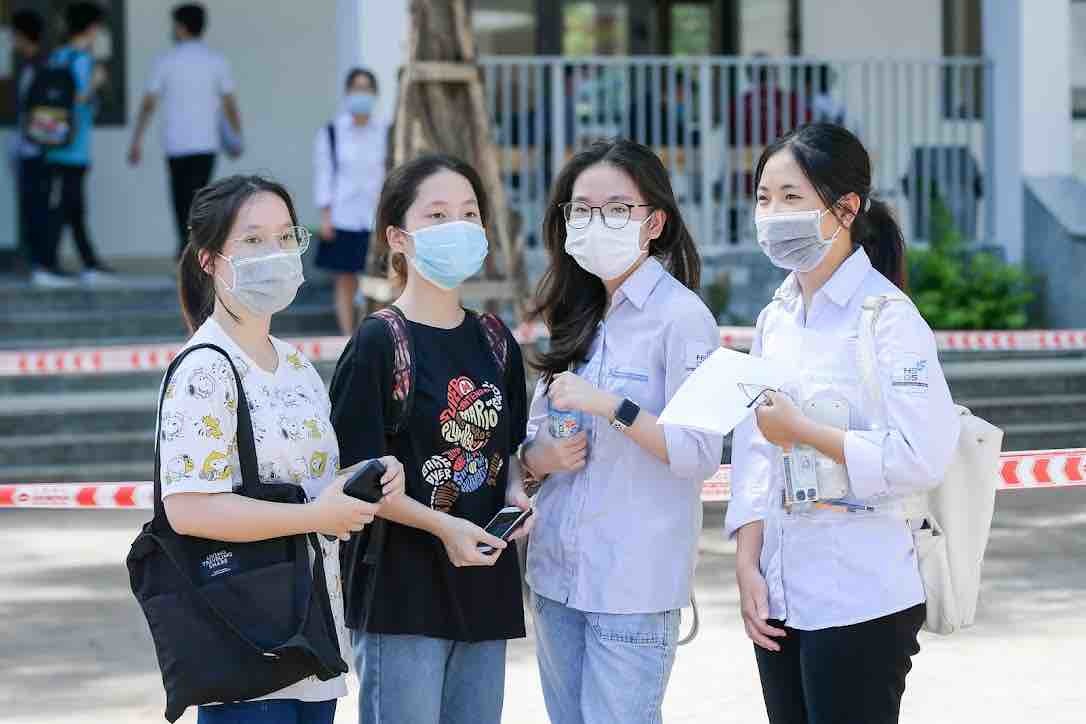